Back to school at Winter Park Ski School

It had been awhile since I had downhill skied, so I took advantage of the Winter Park ski school during my short stay at this beautiful Colorado resort. After a 90 minute drive from Denver over the beautiful Berthoud Pass we arrived at Winter Park, and I checked into my room. 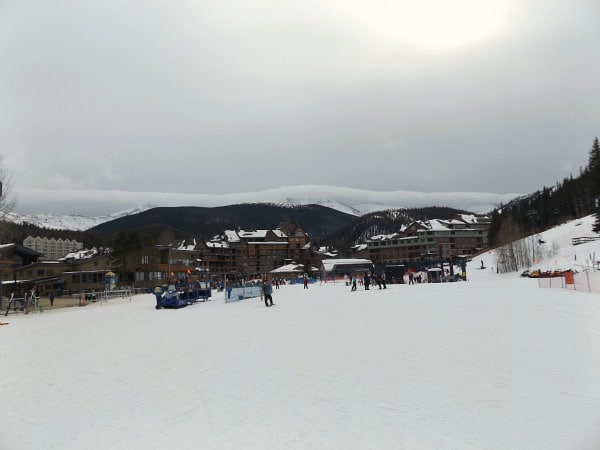 The skiing at Winter Park closes at 4 p.m., so it was too late to hit the slopes on this day, so I spent the evening drinking delicious Colorado craft beer  while enjoying the view out my front porch at Fraser Crossing Condos, and then hit the amazing outdoor hot tub. Fraser Crossing is only 150 yards from the slopes. Hanging out here was a great way to fight off that anxious feeling one gets when they are looking forward to the next day’s adventure. 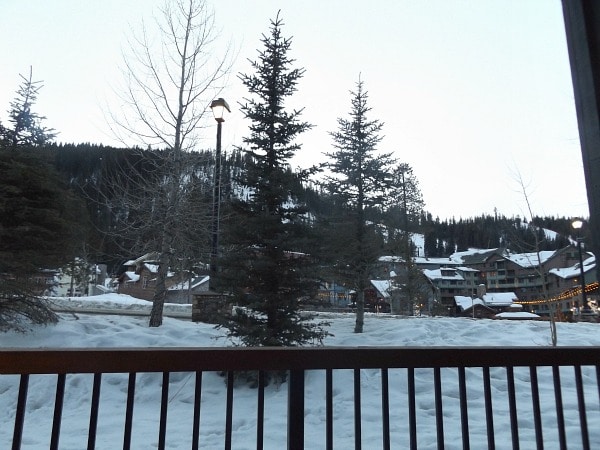 Amazing view of the slopes from Fraser Crossing

Speaking of adventure, we had two crazy days scheduled with downhill skiing at Winter Park being the first activity. I spend many weeks and weekends during the short skiing season on skis, but this is primarily done on cross-country skis. It had been over a year since I had downhill skied and more than three years since I had actually skied mountains. My more recent experiences had been on runs in Wisconsin.

When the chance to take skiing lessons was offered I jumped on it. I took skiing lessons at Brighton in Utah  for my first time ever downhill skiing, and I learned a lot, but I knew another opportunity to learn and to refresh on what I learned a few years ago would not hurt. 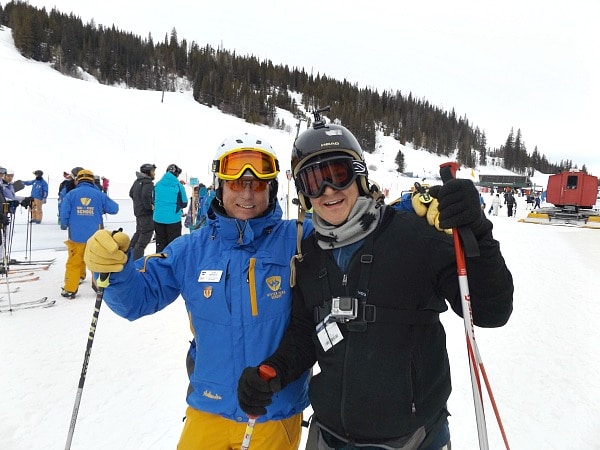 We breezed through the rental process and soon were walking around like zombies in our ski boots and holding our poles and ski poles. We then were introduced to our instructor Larry. As you would expect from a Colorado ski instructor, Larry was easy to get along with.

I was joined in our Winter Park ski school adventure by Dave from 2Wired2Tired and from Kirsten with the Colorado Tourism Bureau. We headed up the ski lift and began the lesson. 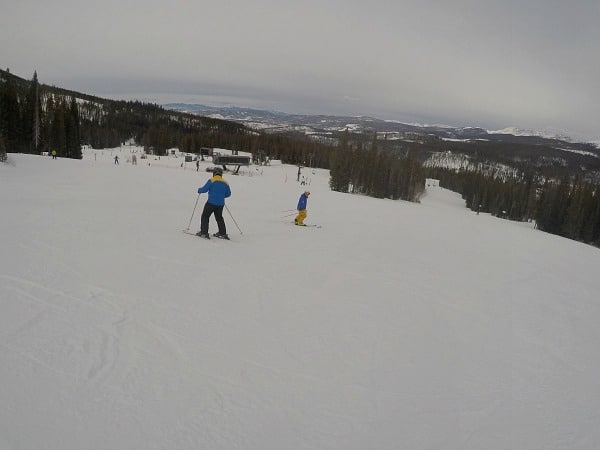 Larry was a stickler on form. Having not downhill skied for several years, I was a little bit rusty on that front. Even though it was annoying at times, I appreciated the fact that Larry kept reminding me about my form or lack thereof. He did this in a gentle way, but I knew right away after every run if I was doing well or if my focus on my form had slipped thanks to his coaching.

I liked the way that Larry expressed his disapproval. It was not enough where it broke our spirit, but it was enough to know that we needed to focus more on the skills he was teaching us. It is really important when learning that there should be some type of repercussion for not meeting expectations. If there is not, then there is no motivation to improve. Not that Larry was like a drill instructor for the army – far from it, but he got his point across. In fact, Larry was an all around good guy, but he had the leadership and authority skills to also be a good teacher. That is not easy to pull off. 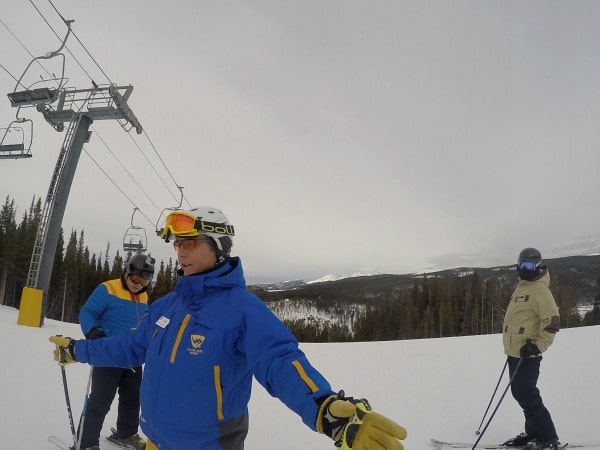 You see this all the time in sports. If the coach is not a leader and has no discipline, then even a team with great talent will struggle. A coach with good discipline will hold his players accountable and a team that respects their coach and wants to please him will over achieve. Same thing applies in teaching at a school or instructing at a ski school.

I also liked the fact that we eased into the lessons, and we did not go way up the mountain and crash and burn. Like I said before, Larry was strict on form, and it is difficult to work on form if you are skiing for your life. 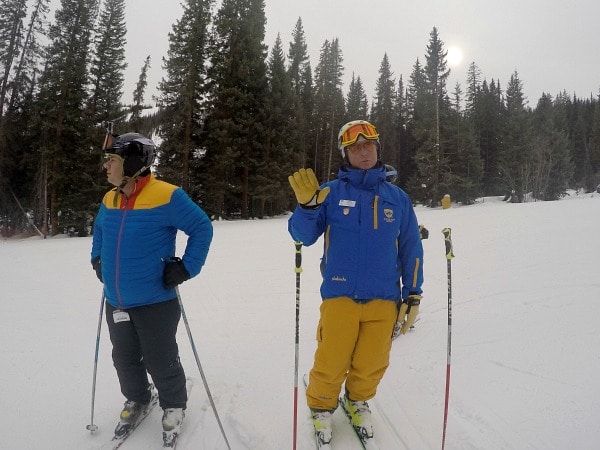 For me success is not crashing, but if you do not have good form it will eventually catch up to you. With every run I did not crash I did an inward fist pump until Larry came by with his critique. If I had been skiing by myself I would not have been forced to concentrate on getting better. 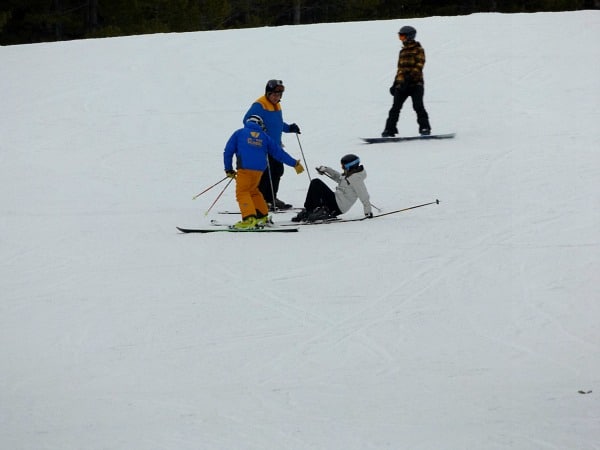 Not everyone escaped the mountain without a crash, but it happens to the best of us

One thing I did have plenty of time to concentrate on was how beautiful the scenery was. As we improved our skiing Larry took us higher up the mountain and with each ski lift climb the scenery only got better as the majestic Rocky Mountains unfolded before our eyes. Winter Park is 9,000 feet high at the base and over 12,000 feet up top. 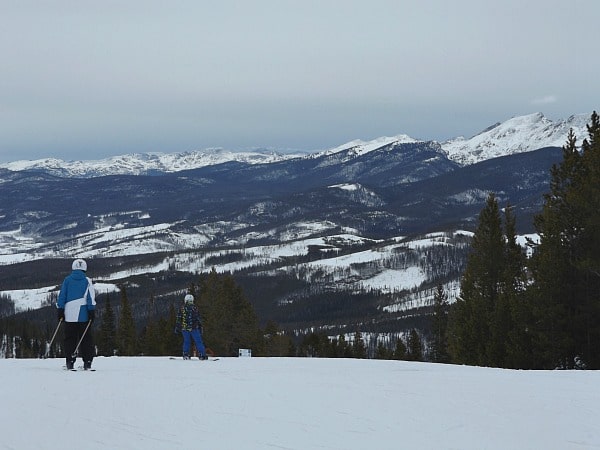 We took a much need break for lunch and another Colorado craft beer. It was not après-ski but midi ski as we had plans for a couple more hours of lessons and runs before the four p.m. close.

We never made it up to the moguls at the top or the famed Mary-Jane run, but we did get continue to creep up the mountain. I finally started to get my form down and Larry kindly noticed. It is also important as a teacher and instructor to give positive reinforcement when improvement is shown. Larry did not skimp on the praise. 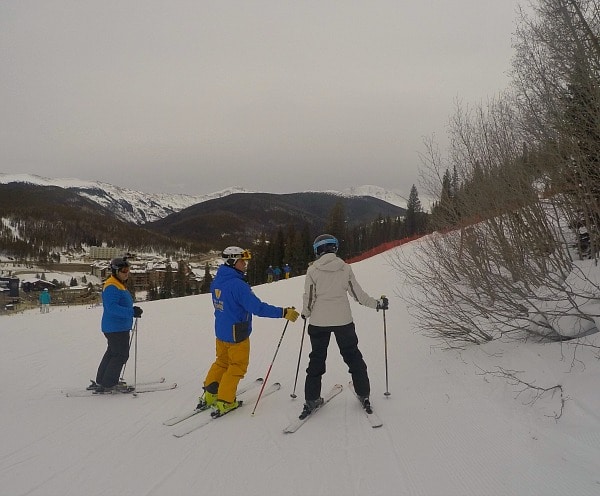 Now it was time for après-ski at the Fraser Point Condos for more hot tub and beer as the day was winding down. Thanks to Larry’s expert instruction, I felt like I improved my form and was ready for higher runs next time I venture out on the slopes. 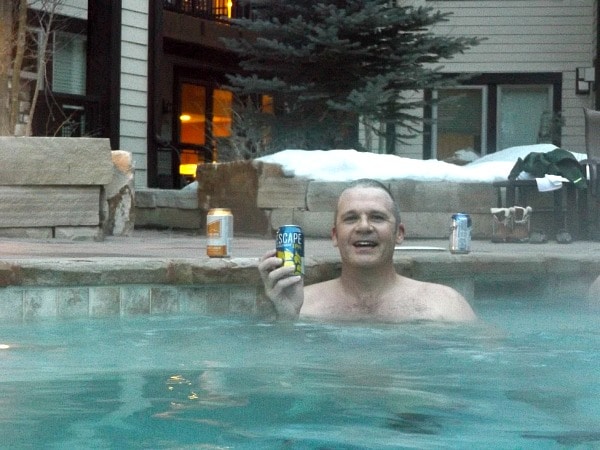 I was a guest of the Colorado Tourism Bureau as part of the #ColoradoLive campaign. Thoughts, pictures, and videos are my own.