Asa Wright Nature Center is the heart of Trinidad & Tobago 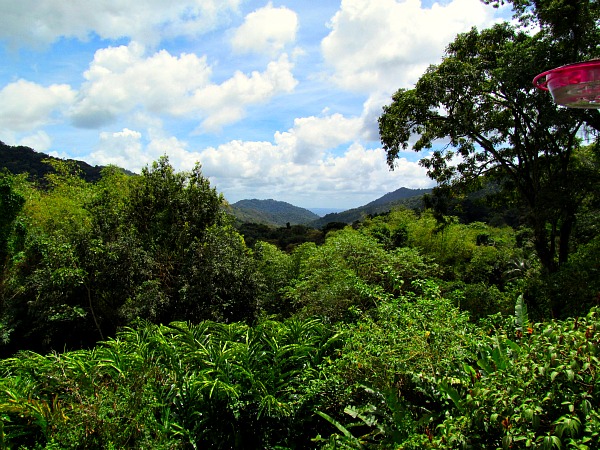 The beautiful view from the veranda at Asa Wright Nature Center

Asa Wright Nature Center is found in the heart of the dense jungle on the island of Trinidad in Trinidad & Tobago, and it could be said to contain the heartbeat of the country. Most Caribbean Islands are not big enough to warrant a comparison to a body, but Trinidad is one of the larger islands in this notoriously beautiful tropical body of water.

Asa Wright is about an hour and a half drive from the capital of Port of Spain. The roads are not for the acrophobic. The road is narrow and dances up and around cliffs and hills through dense verdant jungle with steep drop offs into the valleys below. 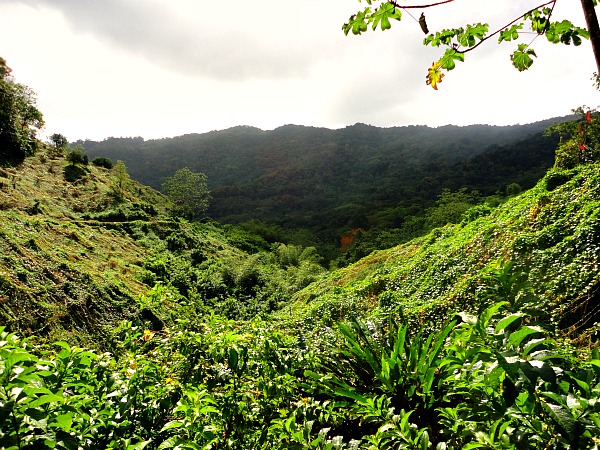 One of the beautiful views on the way to Asa Wright

We felt secure with our driver and tour guide. His name is Jesse James. People named Jesse James are known throughout history as being fearless. On our way to the Nature Center he talked about the history of the island and many of its interesting factoids. 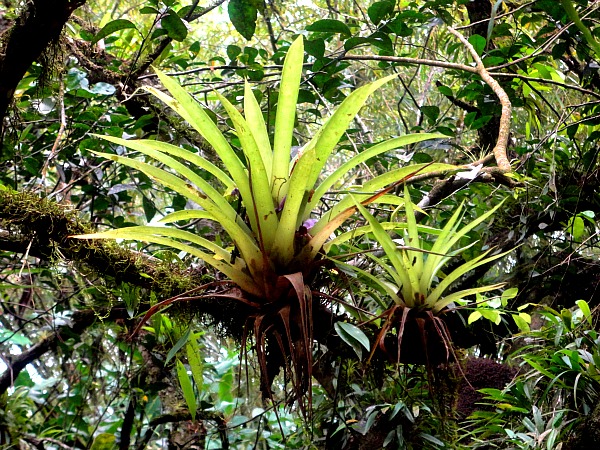 “Nobody knows the ingredients of Angosturo aromatic bitters,” he proclaimed as we neared a corner that dropped 500 feet into the jungle below when a truck came around the corner. He adeptly turned the van out of the way while keeping us from plummeting into the valley all the while never pausing in his narrative. “If anyone told you the ingredients of Angosturo aromatic bitters, you would soon be six feet underground,” he joked as we continued onward to Asa Wright.

We soon pulled into Asa Wright and we were given a short guided tour, then lunch, and then we were allowed to explore the grounds ourselves. Our guide took us to a couple of bird leks. A lek is defined as “A patch of ground used for communal display in the breeding season by the males of certain birds and mammals.” 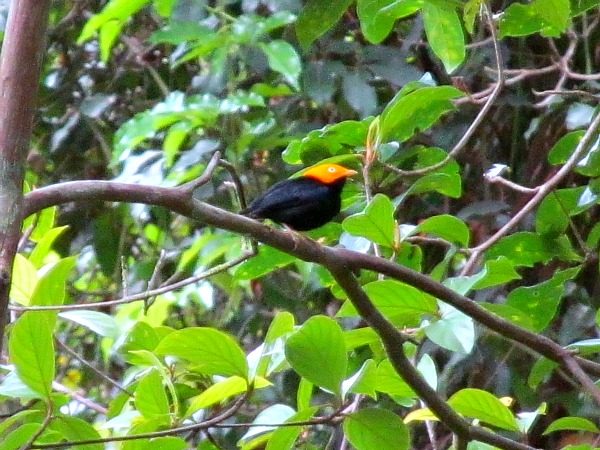 Golden-headed manakin is the king of his lek

Basically it is a bird discotheque where the males show off their stuff. It should come as no surprise that a country famous for Carnival should have areas where even the birds dance. We visited the lek of the golden-headed manakin. A few males were on full display jumping from tree to tree. We visited the blue-backed manakin lek, which was conspicuously quiet as the males were absent. This was two days after Carnival Tuesday, so perhaps they were still tired from the big party. 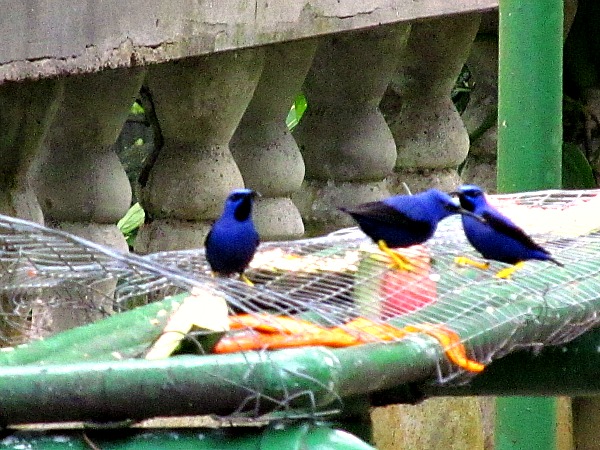 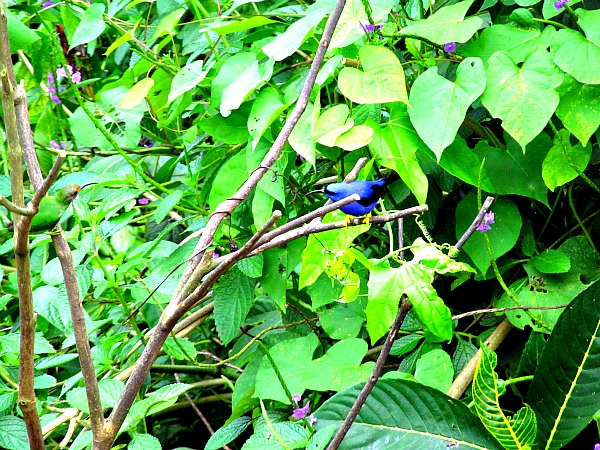 Purple honeycreeper in a tree at Asa Wright 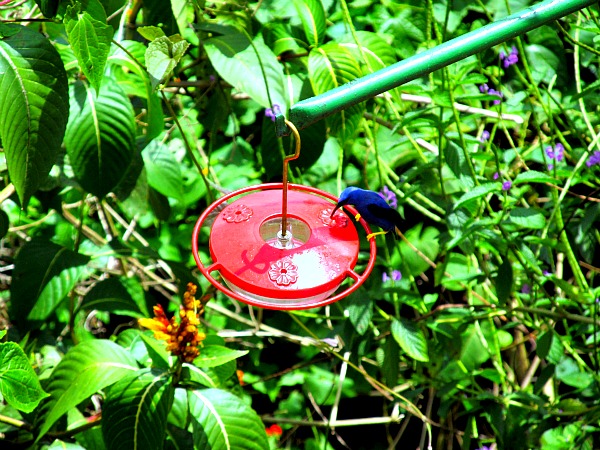 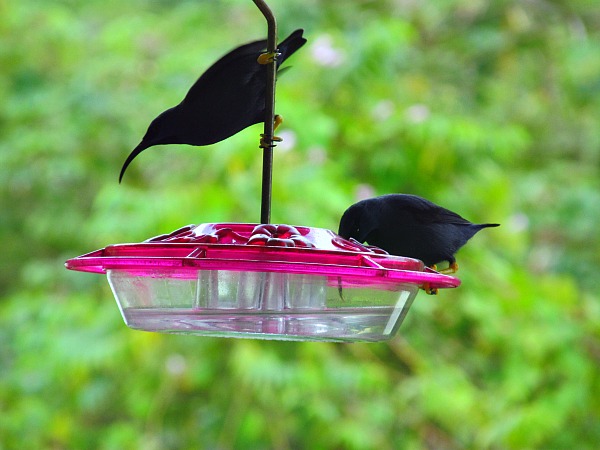 Purple honeycreepers trying to get that magic liquid at Asa Wright 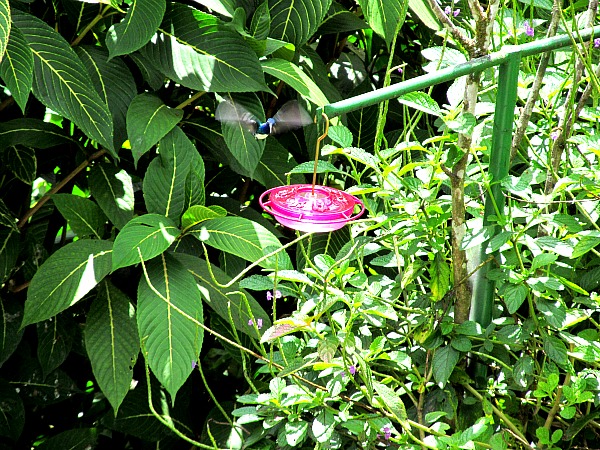 Spread out: an expert will show you how it is done 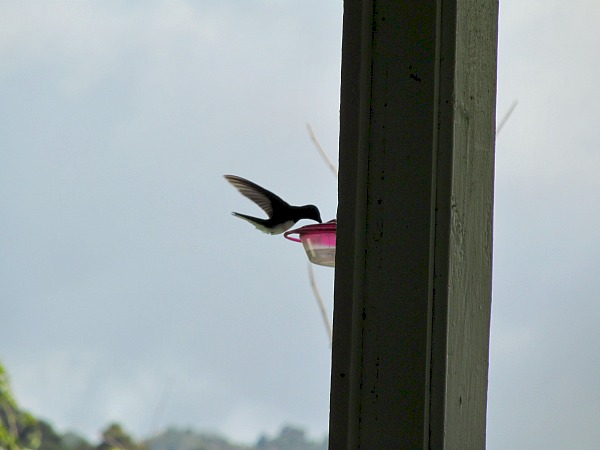 The most sought after bird in Asa Wright is the channel-billed toucan, but we came up empty on the toucan front. We did see a ton of white-necked Jacobin hummingbirds, purple and green honeycreepers, crested oropendolas, kiskadees, and bananaquits at the bird feeders off the veranda at the main building. I could have stayed here all day just watching the birds at the feeders, but there was jungle to explore. 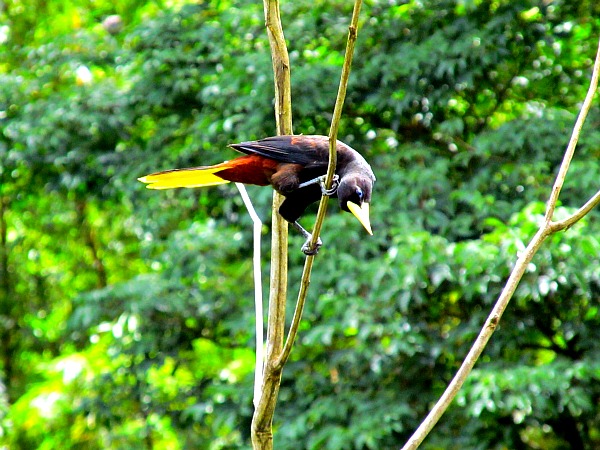 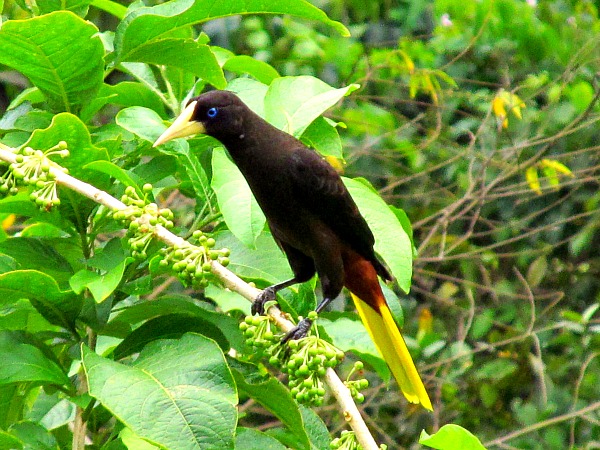 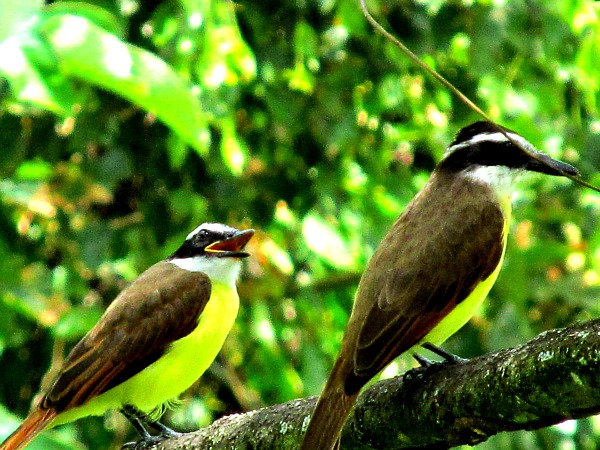 Great kiskadees talking to each other at Asa Wright 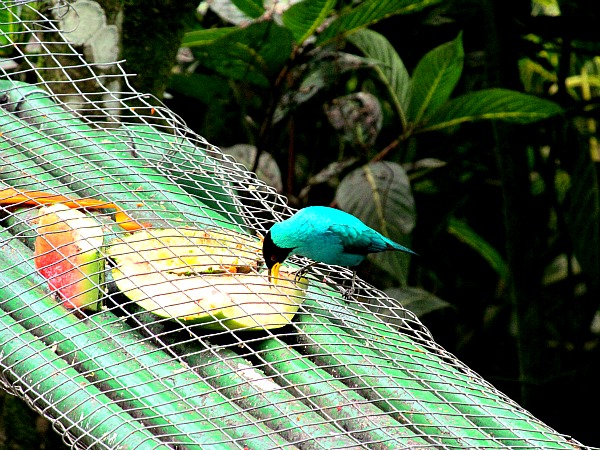 I highly recommend the Asa Wright experience. A great way to visit the nature center is with a tour with Jesse James. On this day we combined it with Caroni Swamp. It was an all inclusive tour, which included a tasty street food breakfast of doubles and sahenna and a buffet lunch at Asa Wright. All meals, transportation, and entry fees were included and it was $80.00 usd per person. Check out his tours here.