Port of Spain a city that never sleeps: especially around Carnival 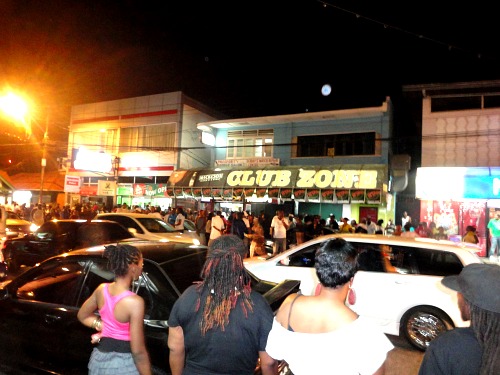 On the Saturday before the opening of J’Ouvert and Carnival on Saturday and Sunday you would think Port of Spain in Trinidad & Tobago would be quiet and restful. You would think everyone would be saving up their energy for the non-stop partying activities going on in the next couple of days: WRONG!

We hit the streets on Saturday night for a beer or two after we flew in. This quickly turned into many more as the night was too darn interesting. We started in the neighborhood of St. James and then made our way to the Woodbrook District. 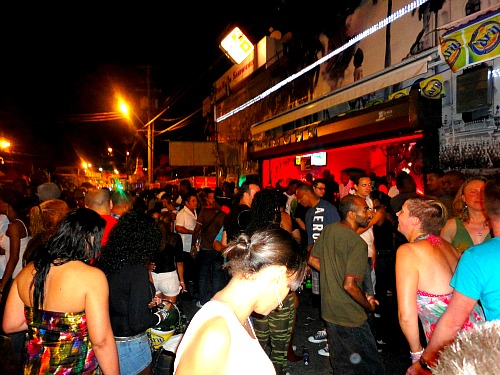 Port of Spain streets electric on the eve of Carnival

Every bar was overflowing with people dancing, singing, grinding, drinking, and generally having a good time. The vibe was electric. Even though this night had nothing to do with Carnival, you could sense the anticipation in the air for the imminent arrival of one of the world’s greatest parties.

At each bar we ordered the local beers: either Carib or Stag. Carib tastes and looks a lot like Corona and Carib tasted a little more hoppier than Carib. Both were tasty and went well with the balmy 70 plus temperatures. You are not supposed to bring bottles on the street, but everyone still did. One bar did give us cups to pour our bottles in as we left the premises. 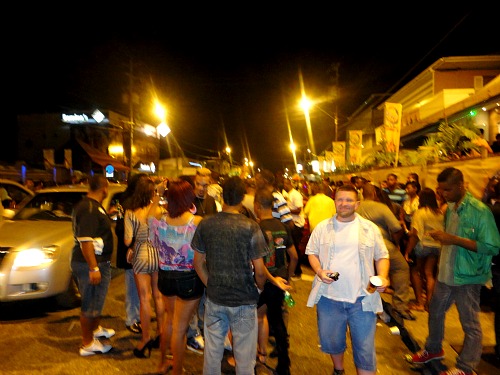 Walking the Port of Spain streets with a beer in cup

At 3am it felt like it was 11pm or midnight because the scene had not died down one iota. In fact, the mood seemed to intensify as more people spilled out into the streets.

J’Ouvert is the opening of Carnival on early Monday morning. The Carnival begins promptly on Monday and goes through Tuesday with nary a pause. Port of Spain better rest up on Sunday, take vitamins, and grab and extra nap because Carnival is upon us and it is time to PARTAY!!!