I had a day to kill on my week long spring break adventure in Missouri. I recently completed an Eleven Point River two night canoe camping adventure, and I was about to embark on a guided fishing trip of the Current River. In between, I had one day to spare; therefore, the place chosen to kill the day was Mingo National Wildlife Refuge. 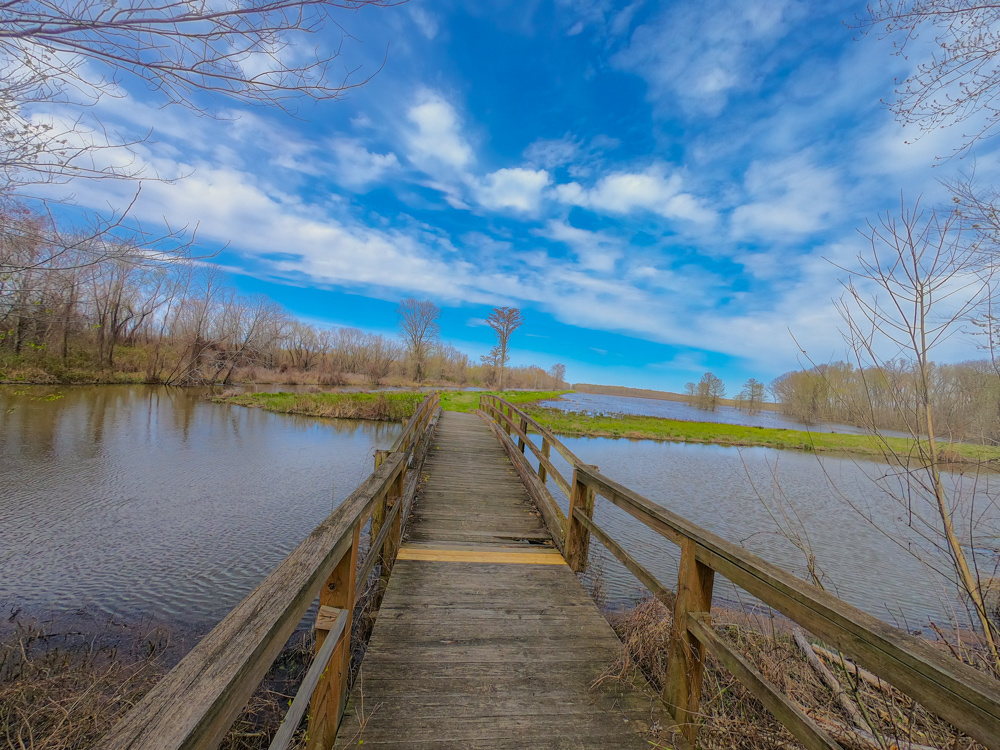 I spent a night after my canoe trip on the Eleven Point at a cabin with no heat, so I needed a reliable shower and some Wi-Fi, so I booked one night in a hotel in Poplar Bluff, Missouri. I had a full day open to do some local hiking, fishing, or canoeing. After consulting a map, I saw a dark green swath near Puxico, Missouri. That dark shade of green on Google maps was Mingo National Wildlife Refuge. 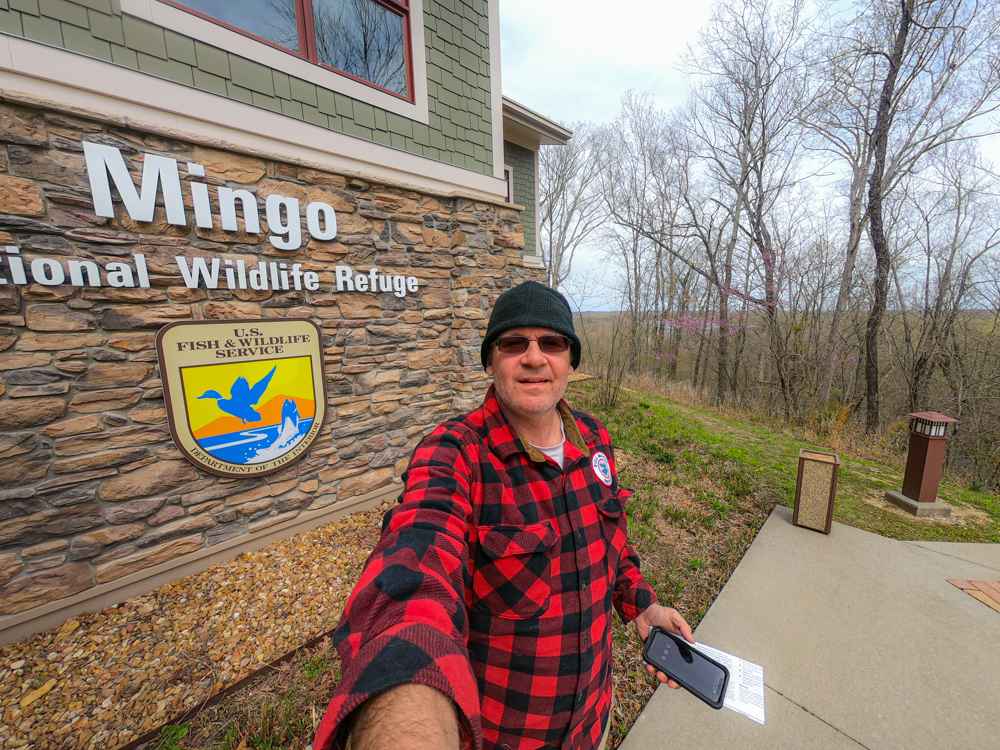 Taking a selfie at the Visitor’s Center before commencing my exploration.

The Visitor’s Center was closed; however, they had a map of the trails and enough information at the welcoming board to figure out what to do. They offered several trails and three auto tours, so I knew right away that the location would be perfect to kill the day. 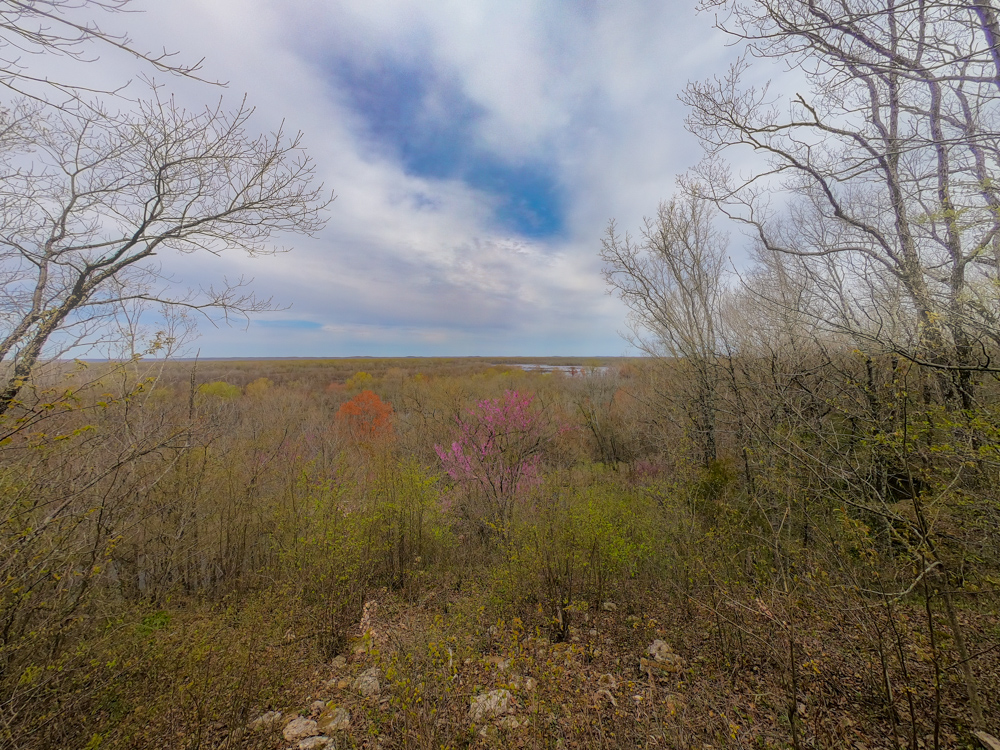 I started off at the Visitor’s Center and hiked two short trails that started from the parking lot. One overlooked the marsh area and the other looped through the woods. Being early April, I was a little early for peak dogwood and redbud bloom; however, a few early bloomers provided some color to the drab early spring brown out.

The Visitor’s Center and the trails that proceeded from the parking lot were high up on a ridge. I drove off the ridge towards the swamp. 25,000 years ago, the Mississippi River flowed through this area, but the river shifted to meet the Ohio River farther south. The abandoned river bed became a fertile swamp. I did not expect to stumble upon such an impressive marshland in the middle of the Ozarks. Read more about Mingo on their website. 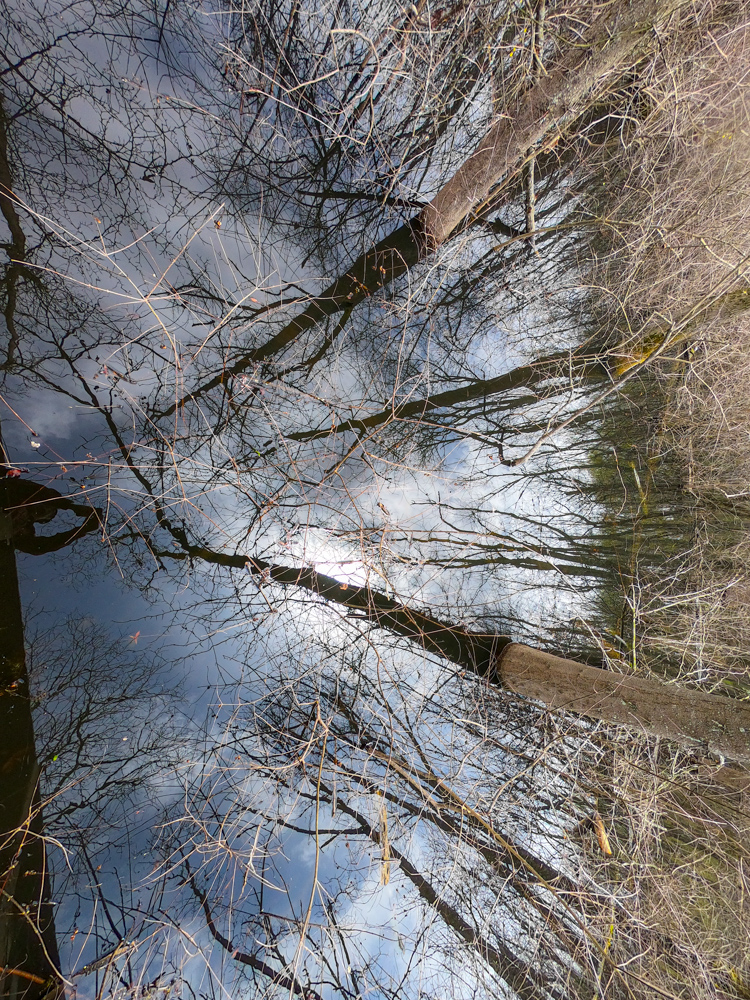 Reflection of the sky off the swamp from the Swampwalk Trail

Immediately, after descending the ridge, there is a parking lot and a trailhead for the swamp walk. The Swampwalk Nature Trail is a .8 mile trail on boardwalk through the bottomland hardwood forest. This was a gorgeous trail through a woodland swamp with nice views of the larger swamp. 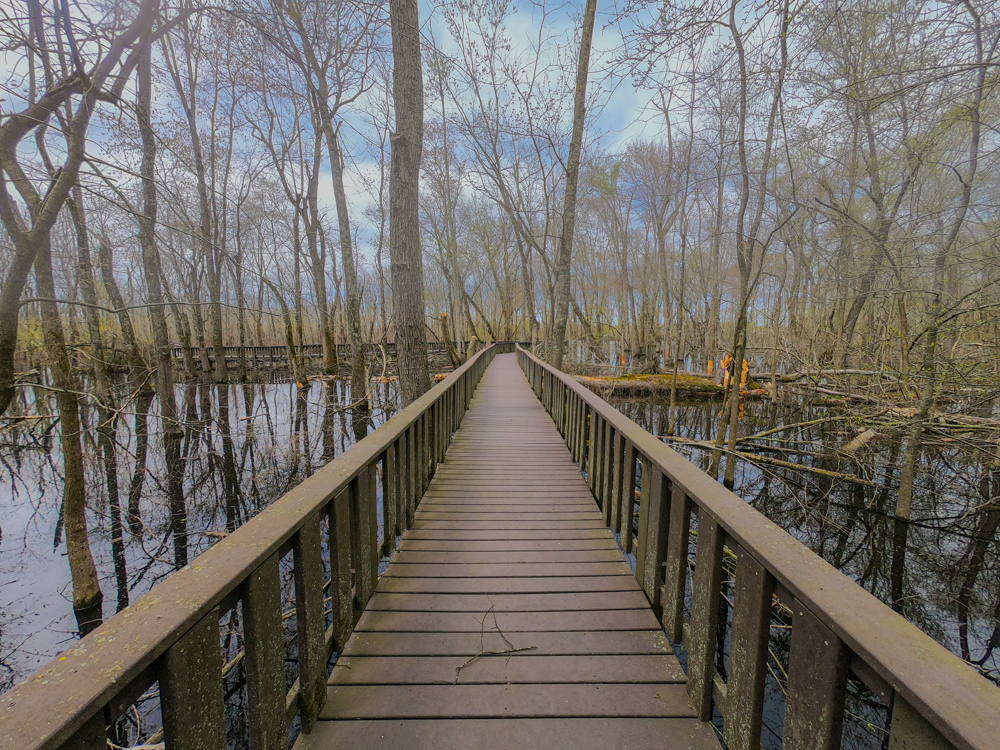 Hiking through a bottomland forest through a swamp

I thought to myself as I hiked the boardwalk that this would be a perfect place to see a snake, and a snake was soon after spotted. It was rolled up in a ball on a log. I could not tell what kind it is, but I always assume water moccasin when I see a snake in the south in a swamp. In addition to the snake, the bird highlight was a pileated woodpecker flying through the swamp. 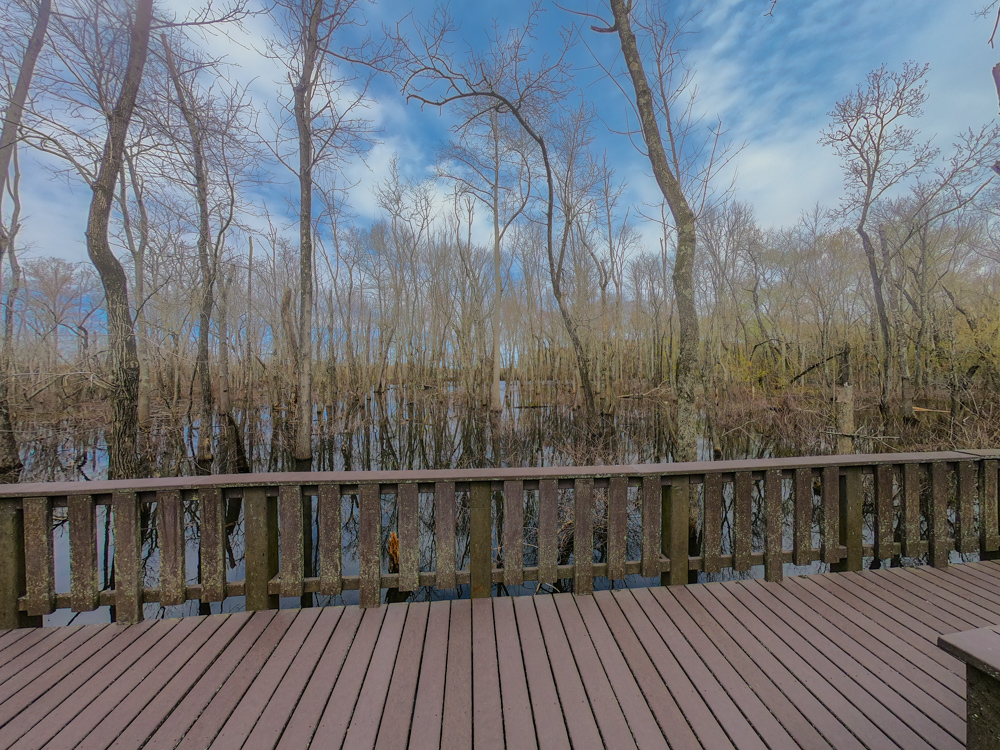 A series of ditches and canals run through the refuge connecting the swamp to creeks and streams. There is also a canoe trail, which sounds intriguing, but I did not have time to investigate today. I drove around and found a picnic table at the junction of two ditches. 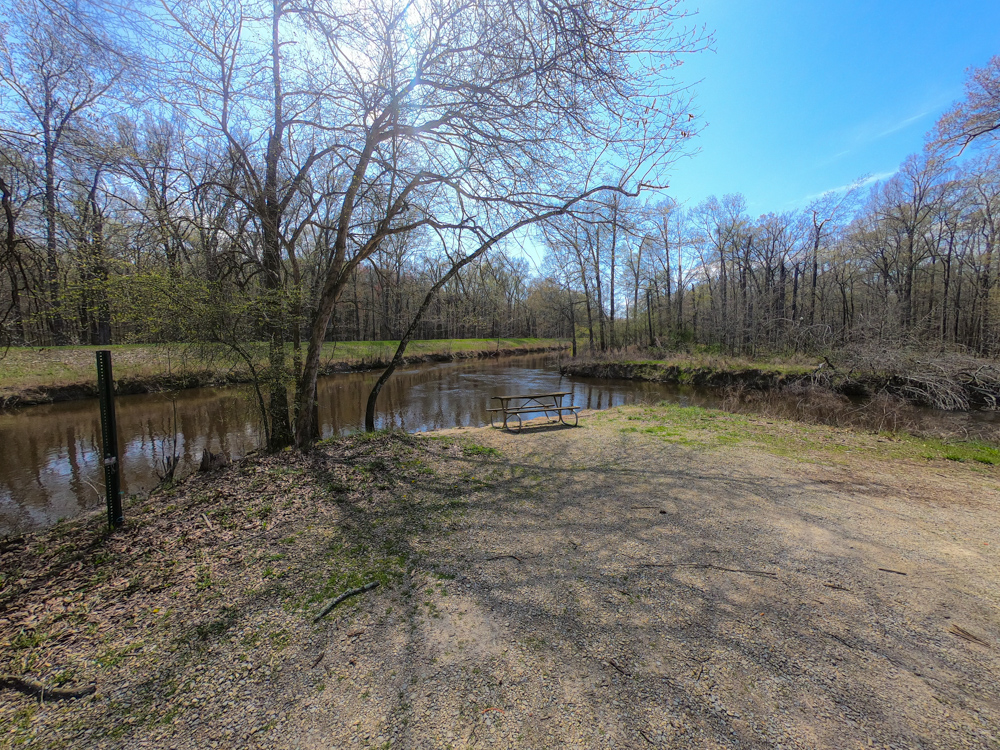 My lunch stop and fishing hole at Mingo. 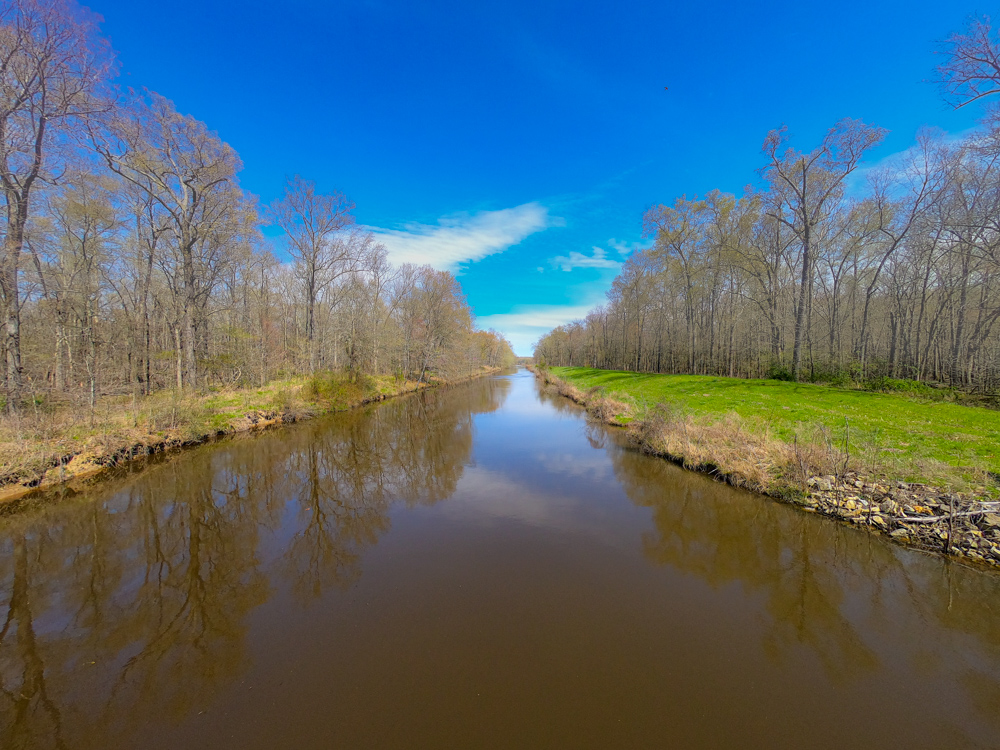 One of the several canals found at Mingo National Wildlife Refuge, which provided decent fishing.

It looked like a great place to fish, so I made a cast and hooked a largemouth bass on the very first cast; nevertheless, my success was short lived. Unfortunately, the bass channeled his inner Houdini and escaped. I then fished for another two hours without any luck until I finally caught another largemouth bass. The fishing was a little slow; however, two strikes in two hours with one landed is not too shabby. 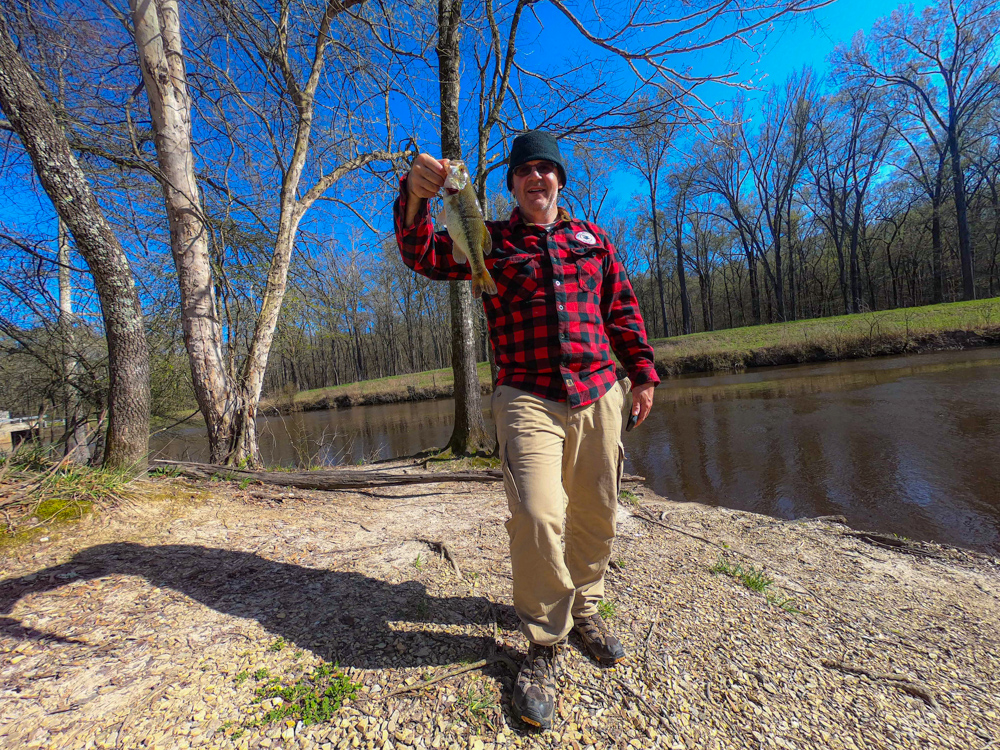 Mingo National Wildlife Refuge has three different auto tours to explore the park. The Ozark Highland tour, Bluff Road, and Red Mill Drive crisscross the refuge making it easy to move around. I have often found that wildlife refuges do not always make themselves accessible to human visitors since protecting wildlife is the number one priority. Mingo proved more visitor friendly than other wildlife refuges I have visited. 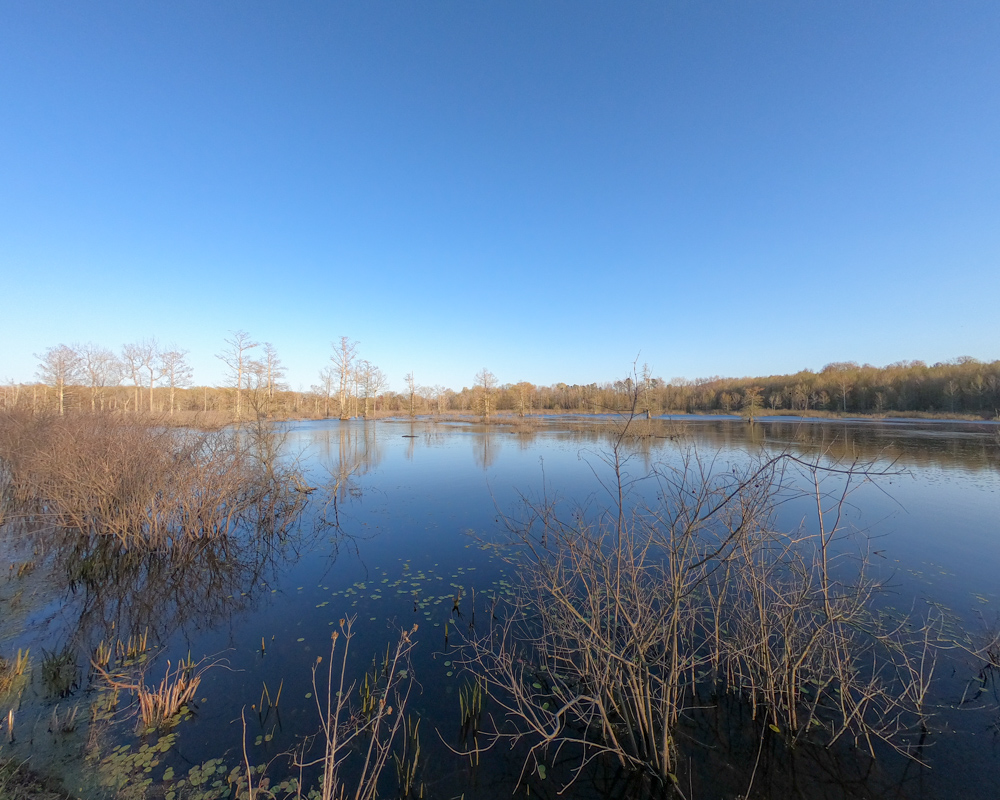 Meanwhile, I spent the rest of my time cruising around the auto tours and taking pictures of overlooks and swamps. One of the routes passes right along the main part of the swamp making it easy to get great pictures of the swamp and the beautiful bald cypress trees. An hour later, I was back in Poplar Bluff as night began to fall; moreover, I was glad that I introduced myself to Mingo National Wildlife Refuge.