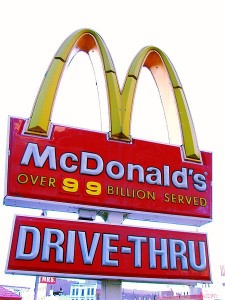 Americans and people from around the world have a love hate relationship with McDonald’s. Nobody likes it and nobody eats there, yet there is a McDonald’s every square mile, and each one is busy. Who are the miscreants that dine there? It surely is not you or me.

Ok, I admit to eating there on occasion. While traveling overseas, no one would dare enter the doors of the golden arches, or would they? Travel is about soaking up a different culture and food is an important aspect, so why would anyone stoop to that level and have a Big Mac when they could be enjoying fresh seafood, a local delicacy at a mom and pop’s place, or even a fresh burger with locally raised and fresh beef?

Every McDonald’s visit tells a story don’t it

Have the golden arches ever lured you in while traveling? I know they have

We have all done it. Just admit it. The funny part about international McDonald’s stories is they are just that. Every trip to a McDonald has a story to it. Usually it has to do with starving, and unable to find a spot that does not serve monkey’s brains or fried spiders, or you were lost and could not find a spot to eat.

The stories usually get more extreme as time goes by to lessen the lameness and highlight the fact that you did not want to eat there, but had no choice. Maybe every other food place in town cost $10.00 and you only had $5.00 and could not access an ATM until the next day. It was either go hungry or golden arches. Maybe there were unsavory pick pocketers or international thugs at every point leading to every other dining spot except McDonald’s. It was either a McRib sandwich or get your ass kicked.

No one seeks out a McDonald’s while overseas. No guide book has Mickey D’s in the where to eat spot. I don’t think I have ever read a travel blog with a mention of McDonald’s except for travelers calling out other travelers for being lame. There is no app that I am aware of that helps you find McDonald’s all over the world. If there is, no traveler in their right mind would upload.

Here are five excuses or reasons why I ate McDonald’s during my travels. They rank in weakness:  number 1 being the most lame. Just about every blog I have ever written is full of pictures from the adventure in question. Not this one because who would take pictures of a McDonald’s while traveling? Not me, or maybe just once (or twice). 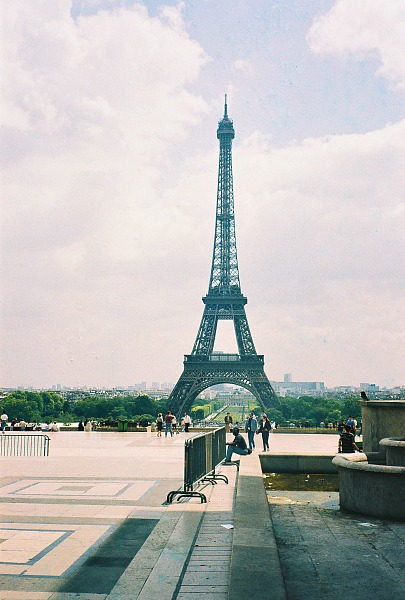 During a month trip in France studying World War II, I had to have a break from incredible fresh seafood with fresh dairy sauces in Normandy and hot baked French onion soup on the Champs-elysees to have a quarter pounder at McDonald’s. During one weekend break I found myself in Paris, and lamely eating McDonald’s. The only reason why this ranks least lame of the group is that McDonald’s in France serves beer and wine. 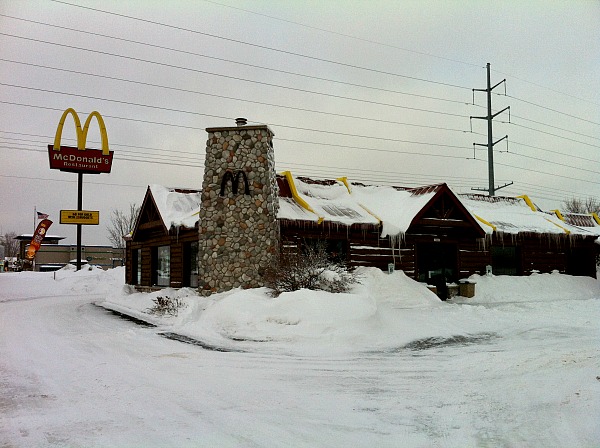 While skiing the Birkie in Hayward, Wisconsin I rewarded my over 5 hour effort of skiing my rear end off with Chicken McNuggets and Mcdoubles. Hayward, Wisconsin is not a place known for its cuisine, but they do have some local places of interest with Friday fish fries and interesting supper clubs. I was staying at the Hayward Intermediary school, and I ran into the janitor. I asked where a good place in town was for chicken wings. He recommended two places. The first was absolutely packed.

I could not remember the second place, so I began to walk around town looking for anything. This plan was not working well as it was 15 degrees with a howling wind. Suddenly, the golden arches shined brightly in front of me, and I lamely entered the forbidden travel doors. I ate a whopping $13.00 worth of food, which has to be a personal McDonald’s record, not that I keep track of such things.  When I returned to the school, the janitor was still working. I darted past him and avoided eye contact afraid he would ask me where I ended up eating. 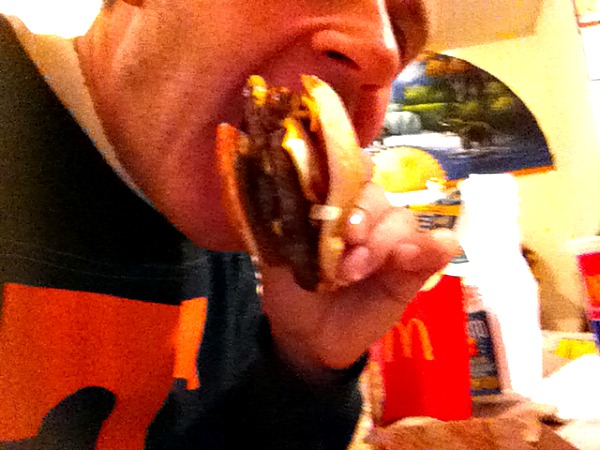 Lamest selfie of all time

I have eaten one meal in Tokyo, Japan in my life, and yes, you guessed it, it was McDonald’s. I arrived from the Philippines to Narita. It took me forever to figure out how to get a train into the city and then it was a struggle finding a bus to Kyoto. I had traveled Southeast Asia for so long where a good English speaker was always around to help, that I was mentally unprepared for the difficulty in Japan.

After the logistical trouble of finding buses and trains, I needed a slam dunk for food. I went into a McDonald’s at the train station, and I tried to order a Big Mac. The lady behind the counter prattled off in Japanese. I sat there dumbly until she took out a little picture menu for dumb English speakers like me, and I pointed to a picture of a Big Mac. 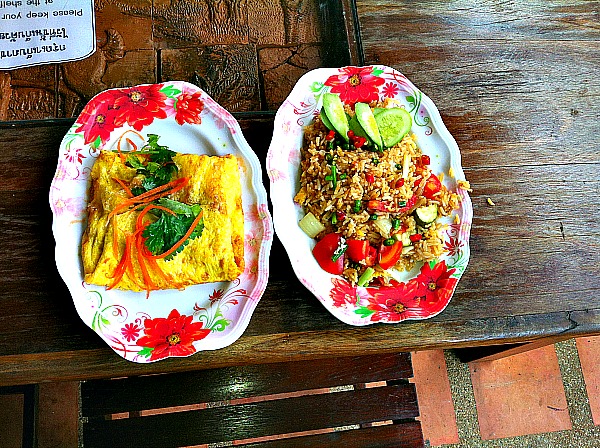 I had had enough of fresh fruit dripping with juices, street food satays, delicious fresh ingredients in every meal, fresh seafood as I needed some crap and needed it now. I found it at the McDonald’s in Silom. I have spent close to 40 days in Thailand and had one lame meal, so cut me some slack.

Travelers, please confess your McDonald’s sins by relating a story of a time in your travels when you broke down and entered the doors underneath the golden arches. You can always post anonymously.