The students then informed me in one hour they were going on a night safari in Khao Yai National Park and asked if I wanted to come along.

I said sure. Around 8pm a pickup truck drove down to our camp and it had railings all around it. We all stood up and held on to the railings while we drove around the park. One of the Thai students had this hand held halogen light that he shone around the side of the road. We saw civits, which are big raccoon looking creatures, many deer, and then we got to a salt lick and there were five wild elephants sitting in the salt lick. Unfortunately, my digital camera’s flash was not strong enough to catch the wildlife, but the experience was great. 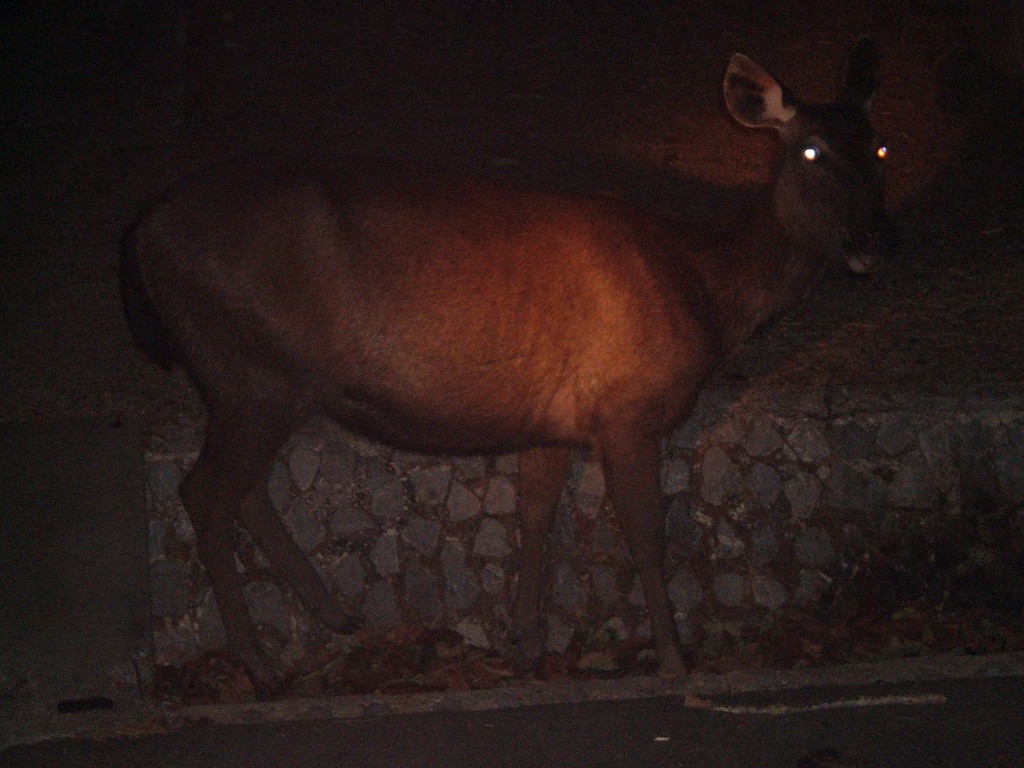 With 10 chatting Thai students in the back of this truck, I knew the chances of seeing one were remote. It was funny, at one point one of the guys stopped talking for a second turned to me who was not talking and put his finger to his lips in the quiet gesture then turned and continued talking with his friends.  After the tour was over I again tried to pay and was flatly refused.

We returned back to the camp and continued drinking. These guys were leaving the next day, and they were intent on getting drunk. Kak said that he would stay the next day until 2pm and we could get a guide and walk around the jungle a bit. He kept repeating many times that he was leaving tomorrow and tonight was for fun and asked if I was happy. I said I was.

While we were drinking a couple of forms ran across the road in the distance.  I whirled to see two of the largest porcupines I had ever seen.  I yelled porcupines and my companions looked and then said “minh.”  The wildlife in this park was fantastic. 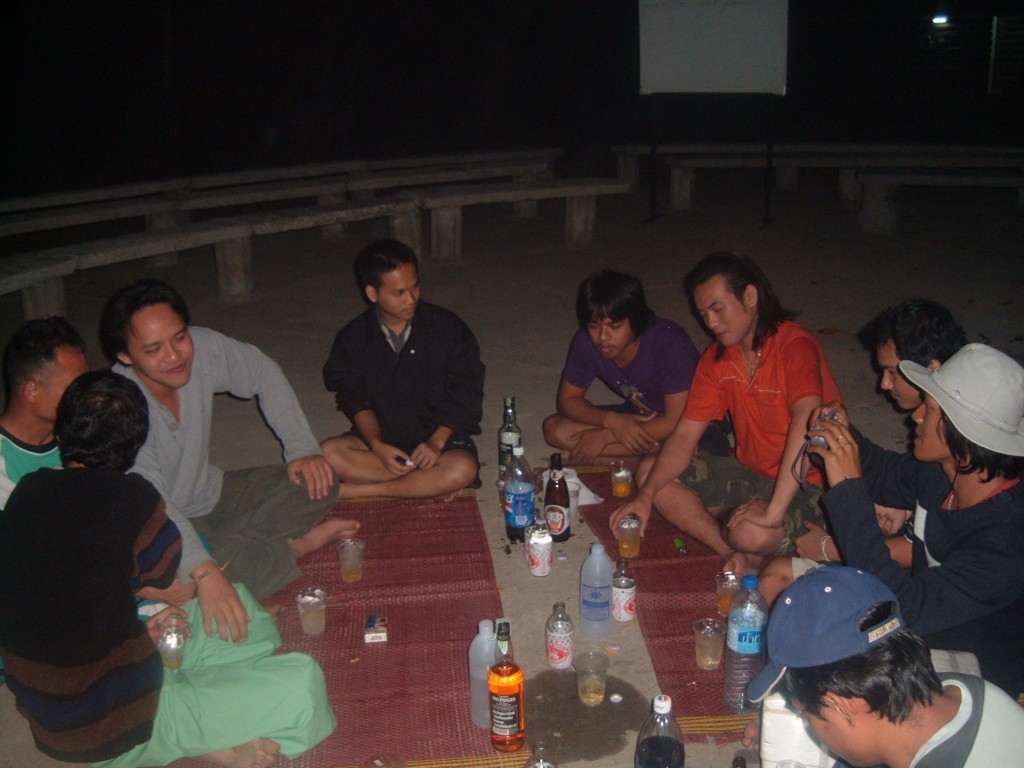 At one point someone’s cell phone rang and he answered it. The first five minutes of his conversation concerned me. I heard him say farang, Chicago, and then other things like Vietnam and Philippines that made me know he was talking about me. I think they were as excited about having me as I was having met them. Even though I had brought only myself, I think they were happy to meet me and would go back to school and tell their friends they camped with an American from Chicago. Since I had no food or drink to offer it made me feel good that they felt this way. 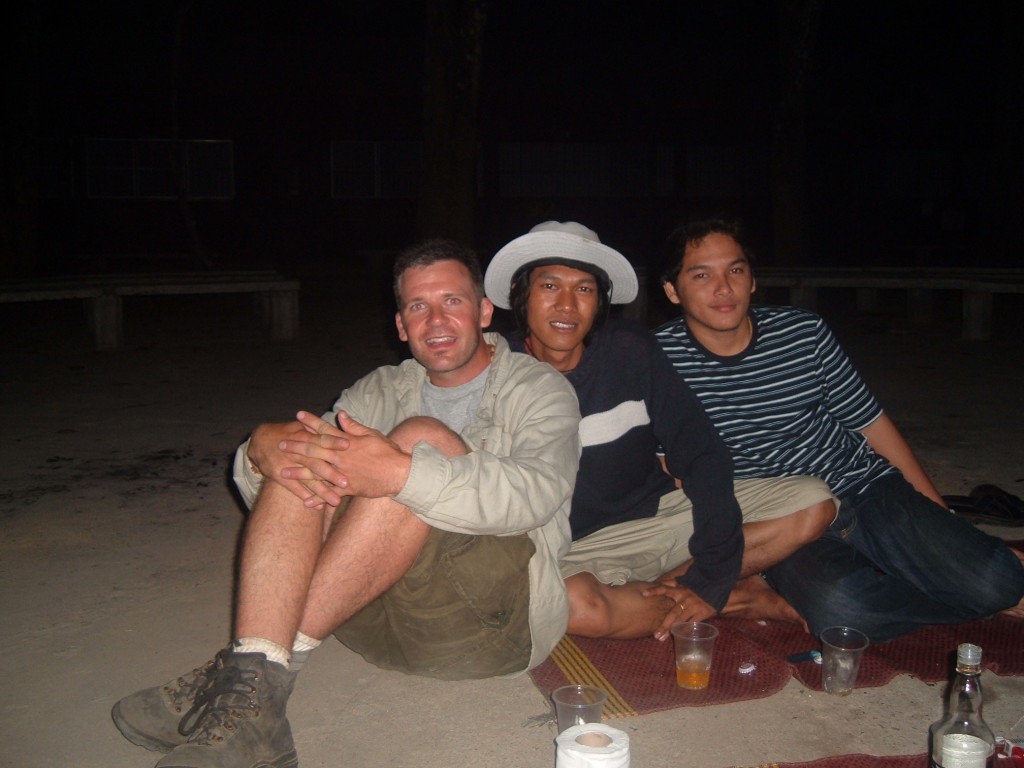 One of the guys said I was lucky to have seen elephants. I said I did not care so much about the elephants, but I was lucky to have met such good people. They loved this and a loud boisterous chung kow(Thai for cheers) ensued and many more followed.  It was an incredible first night in Khao Yai National Park.