The next morning one of the other students told me that the walk through the jungle had to be canceled.  At first I was not sure why until I saw Kak, whose face was as green as his t-shirt.  It was canceled due to excessive celebration.

I said goodbye to my new friends and bowed and said thank you in Thai, they bowed back and clasped their hands together. Adjacent to the camp they had a little cafeteria place that served some really good food. I got some coffee and sat and thought about how great the evening was last night. I was so happy that I had this experience.

I walked over to the visitor’s center, and I booked a campsite for the night for .50 cents and a guide for a 4km hike for $8.00.  My guide’s name was Chiawet. He was dressed in fatigues with insignia from the park on it. He did not speak much English, but we were able to communicate. This guy had eyes like a hawk. He saw birds and animals way before I did. 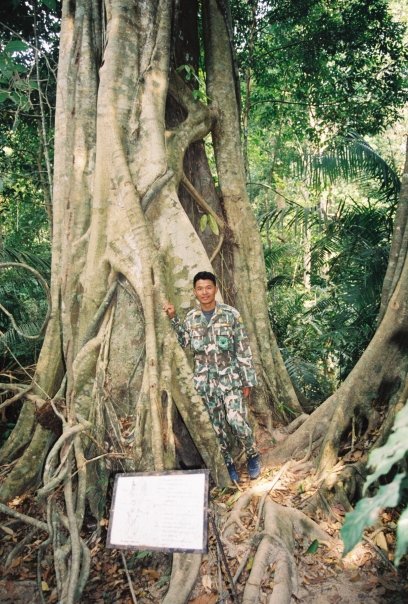 Chiawet – my guide for the day

We came across some elephant dung and Chiawet picked at it with a stick and then declared that it came from this morning. Right there was worth the four dollar admission price. One does not get the opportunity to have a guide in a Southeast Asian jungle pick at elephant dung everyday and then add commentary about the whereabouts of the source of said dung.

The highlight was just being in the jungle.  The trees were incredible.  One tree had a root system the like I had never seen before.  The roots were as tall as me and snaked outward twenty feet from the tree.  I was expecting giant spiders, scorpions, and snakes, but the jungle was not as scary as I anticipated.  After a couple of minutes I felt completely comfortable and felt just like I would taking a hike in the Appalachian Mountains back at home. 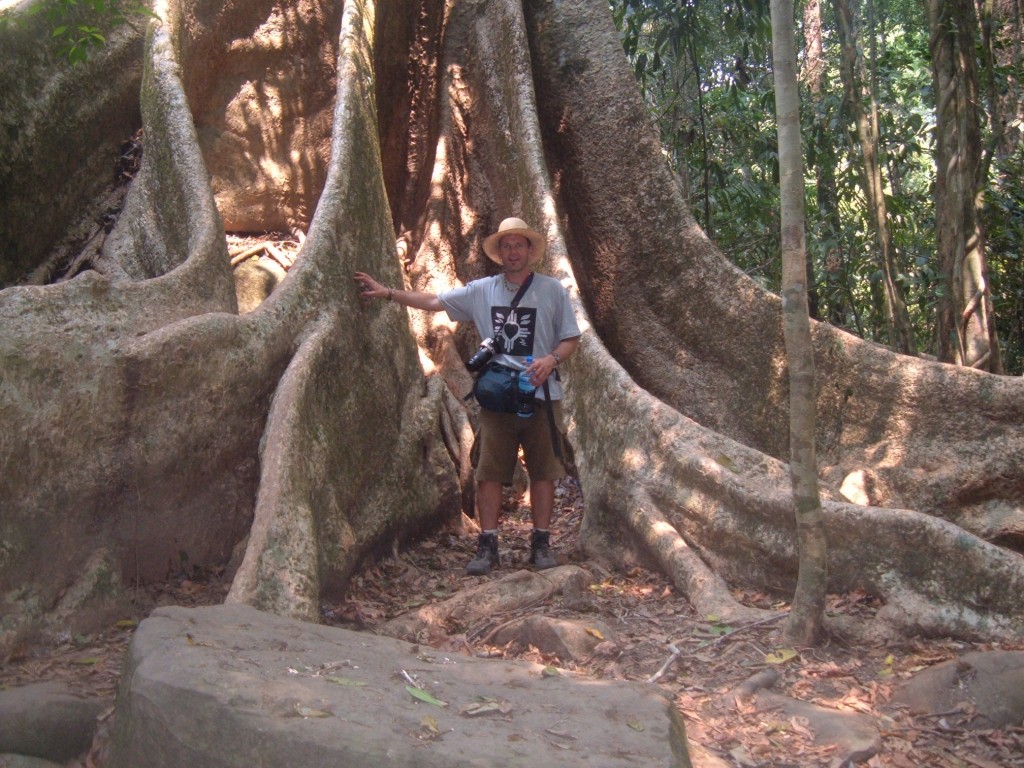 Dwarfed by the tree and its roots

Towards the end of the trail we came to a salt lick where we saw the elephants the night before. There were bones and elephant dung all over the place. Most of the big exciting animals do not come out in the day as it is too hot, but it was evident that the predators are very active here at night. 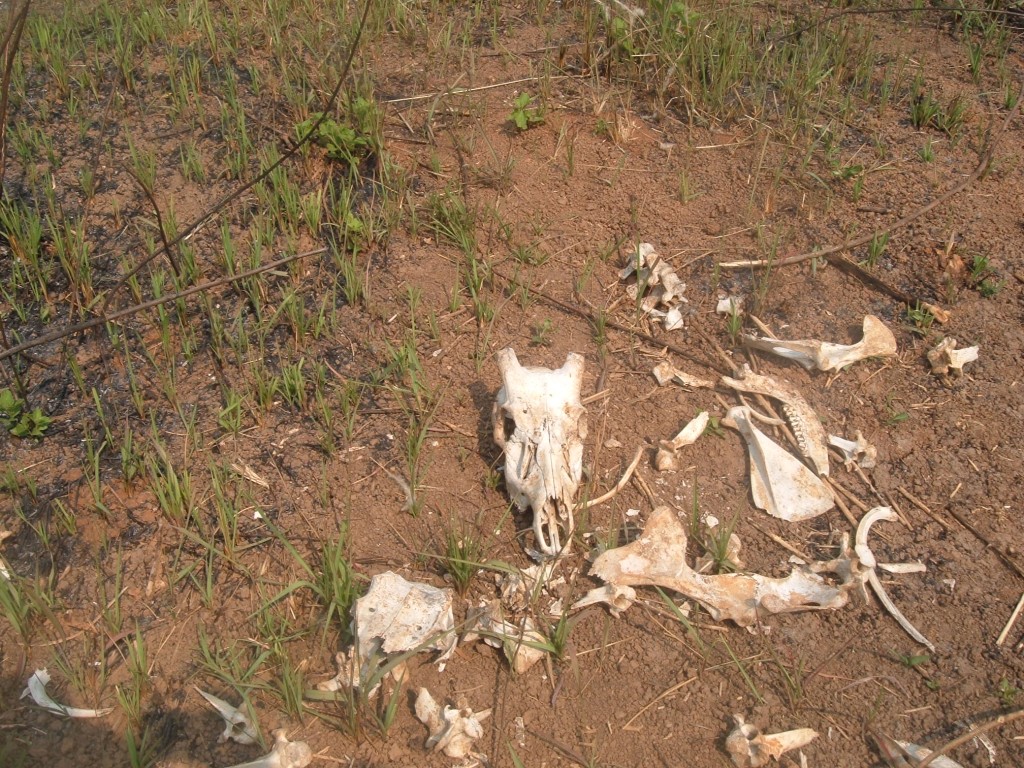 Remains from a tiger kill possibly

We headed toward the end of the trail and all of a sudden I heard a squawk and looked to my left and this huge pterodactyl like looking bird came flying over head. It had a large crested hornbill and looked a bit like Toucan Sam. I learned that it was called a hornbill and there are four varieties that live in the park. 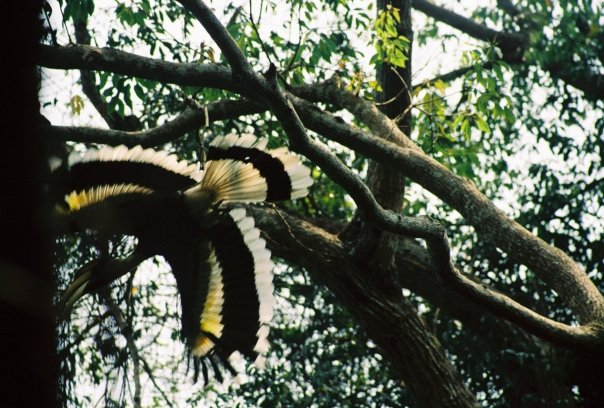 As soon as the bird passed we shortly came upon three Thai people taking pictures with these huge cameras.  They set up this enormous telescopic lens right in front of me and beckoned me to look through it. I did, but it was pointed to the sky. They told me to focus it, but I told them I could not see anything.

I thought maybe they were inviting me to see the hornbill because it flew in the general direction of where they readjusted the camera. While I looked through their camera the Thais were taking pictures of me. They then came over and said thank you very much and left. They just wanted a picture of a farang using their camera. 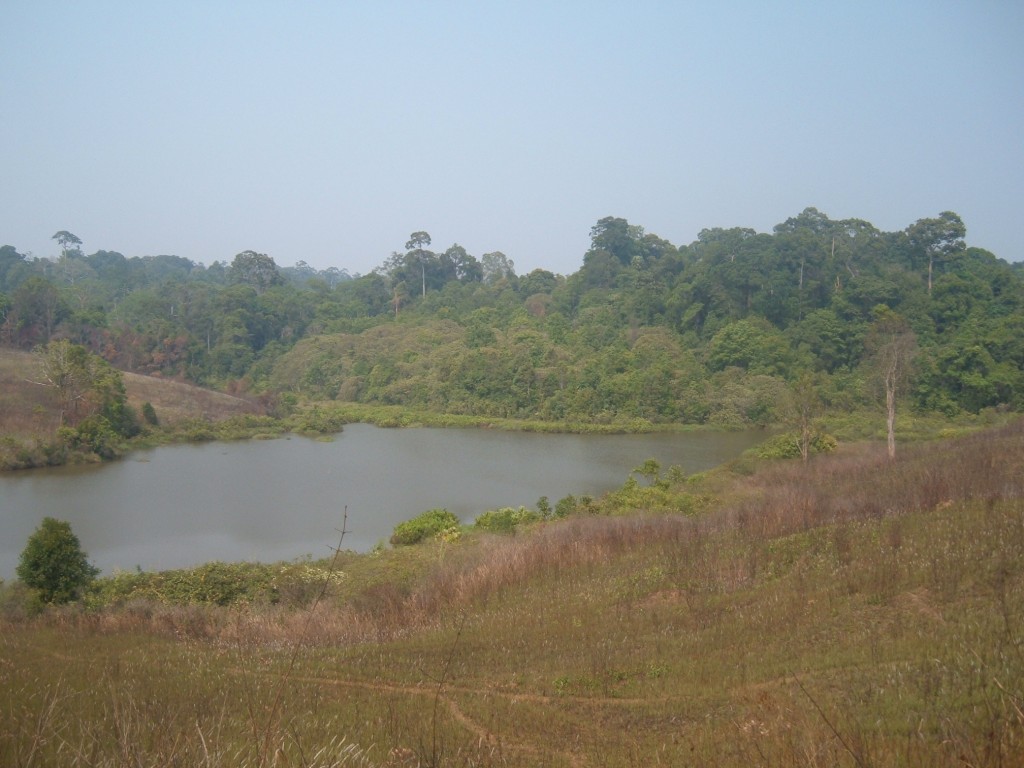 Small pond near the salt lick

On the way back we saw movement in a tree and Chiawet pointed to a giant black squirrel. It was three to four times the size of our largest squirrel, with a big bushy tail. We also saw an impressive looking hawk at the top of a tree. It had this cool looking plume on top of its head. 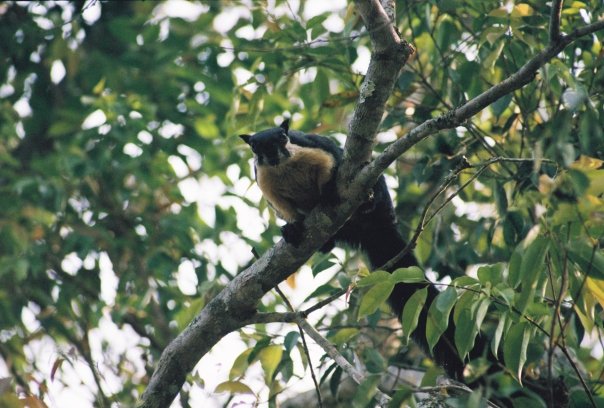 After the hike one of the park rangers drove me to the campsite.  On the way there we saw tons of hornbills and also a 6 foot monitor lizard.  Angh, the ranger, informed me that once I set up camp this road would be a good place to walk around dusk to see some great wildlife.