After decades of paddling the Ozark National Scenic Riverways, we decided to explore a different river. This one was in southern Missouri. It is easy to get stuck on the Jacks Fork River and the Current River; however, we decided to try out North Fork White River canoeing instead.

They never get old, but sometimes it is fun to step outside the norm and try something new. The North Fork River or the North Fork of the White River proved to be right up there with the Ozark National Scenic Riverways, so it was a good choice. 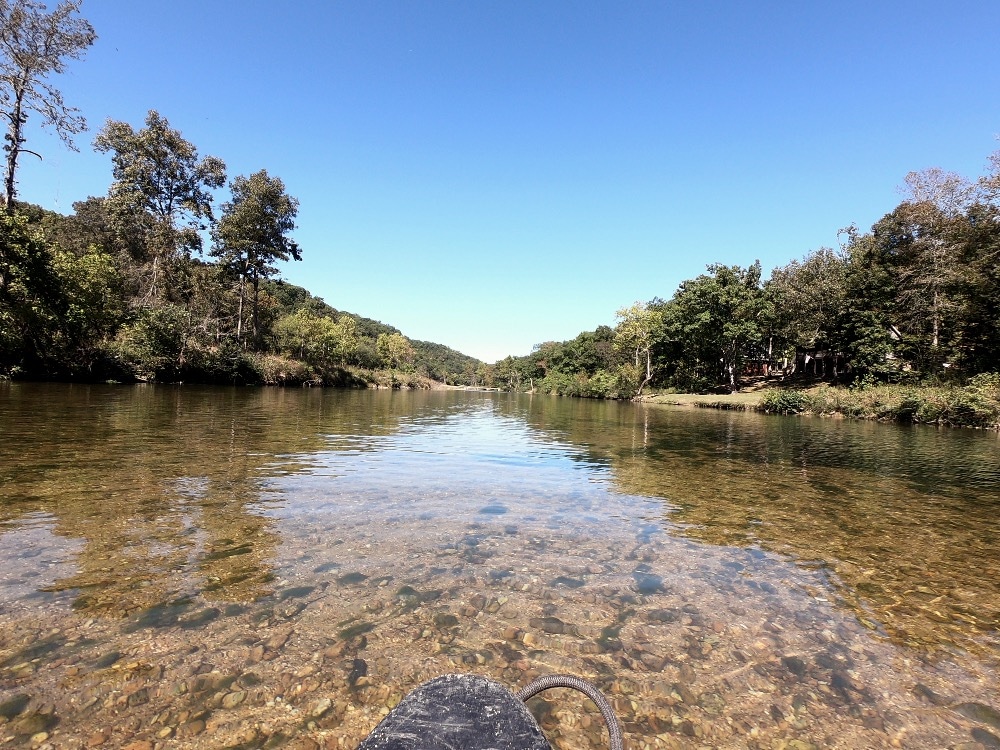 What and where is the North Fork River

The North Fork of the White River is in the Ozarks just outside of the Mark Twain National Forest. It is wild and scenic, but the river is not considered part of the Ozark National Scenic Riverways. 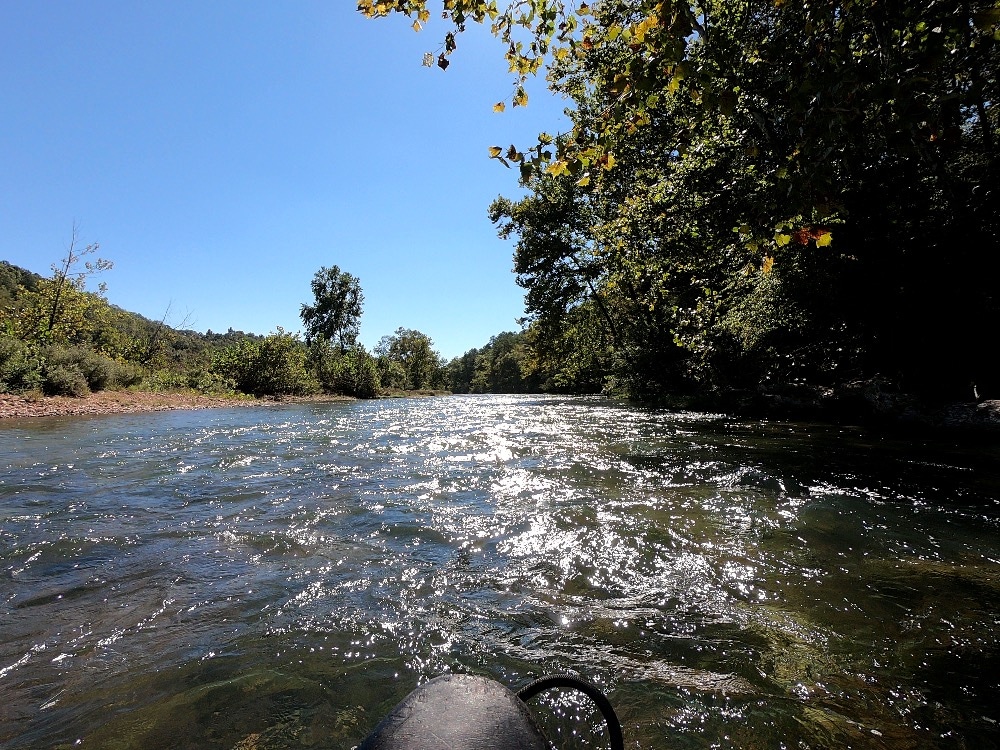 Paddling the North Fork of the White River

We put in at a national forest service location and paddled about ten miles to Blair Bridge. This is just upriver from Dawt Mill and downstream from Twin Bridges. The river barely had enough river to navigate at times, but we made it through without having to get out of the canoe. 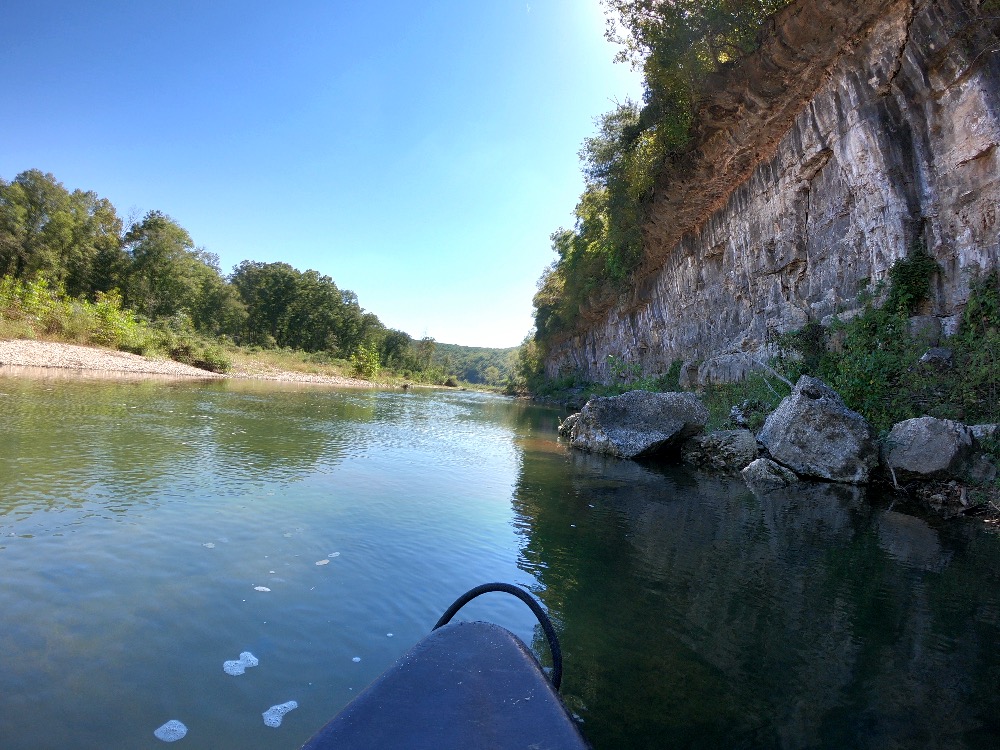 The scenery was almost exactly like the Current and the Jacks Fork, but not as spectacular. It featured crystal clear spring fed waters, limestone cliffs, gravel bars, and tree covered Ozark Mountains in the distance.

We saw a few people at the put-in and take out, but not a soul on the river. I would imagine the North Fork River is a better option during busy weekends when the Ozark Riverways are inundated with mobs of paddlers. 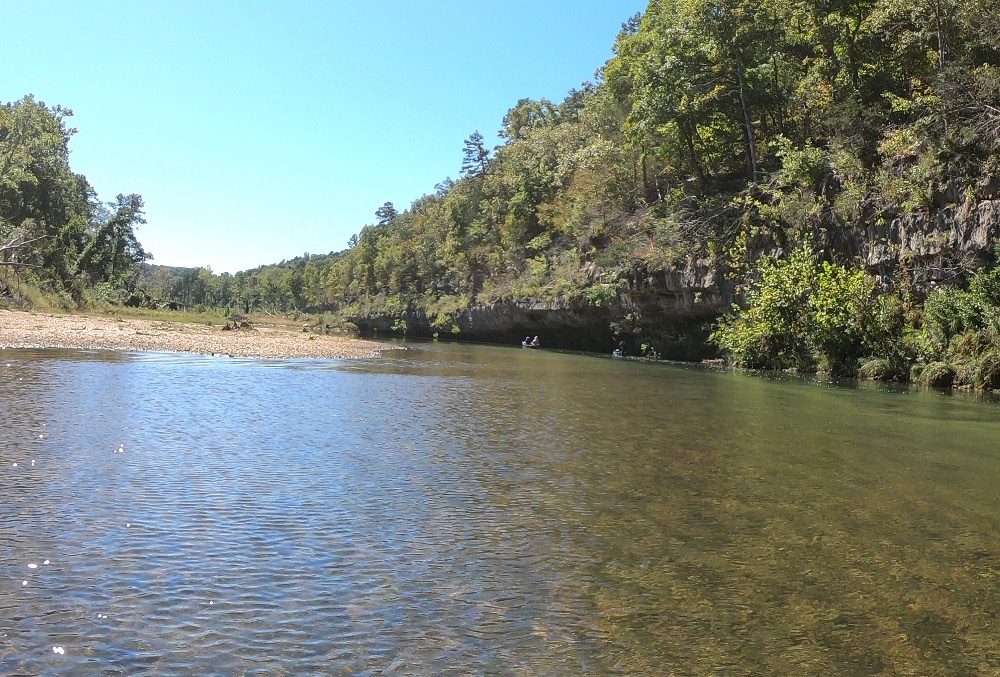 At first, I thought the river would be ideal for poling. Initially, the river was gravel and perfect for poling; however, there were long stretches where the bottom was solid rock. If you dug the pole in on these solid rock sections, the pole would slip, so you would have to look for nooks and groves in the rock to push off from. These cracks were abundant, so it was not a huge problem, but it was not the ideal river bottom for canoe poling.

Interesting rifles and rapids and the Falls

The rapids on the North Fork River were similar in nature to the Current and the Jacks Fork, but a little more challenging. Most comprised of well defined channels with small standing waves and easy to navigate rock gardens.

At one riffle, I noticed a water moccasin on a log to my right as I scooted by. The snake did not move as he was enjoying the warm Missouri sun.

The Falls of the North Fork River

The highlight of the trip from a thrill standpoint was The Falls located near the end. The Falls is a class I drop with a three channels to choose from. Approaching it, I thought left was the only route open. 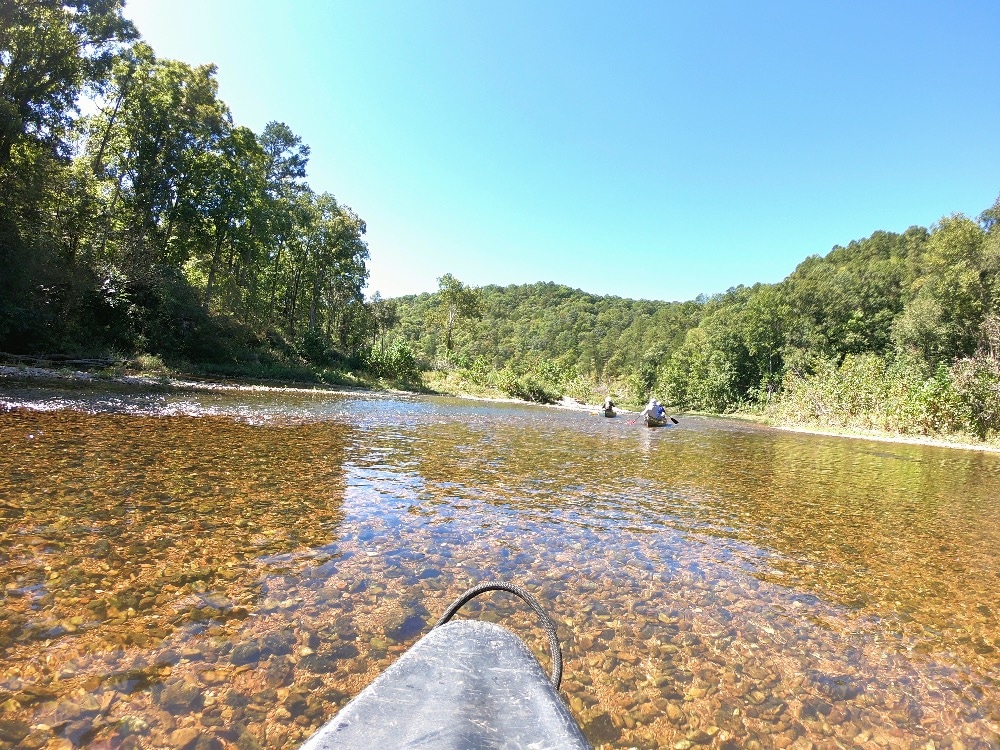 I decided to take the Falls sitting down, so I threw my pole in the front of the canoe, grabbed my paddle, and hit the left chute. As I mentioned before, it was shallow, so I did bump some rocks going down. I was paddling a kevlar canoe thanks to Bob Tyler, so I slid easily down the rock ledge into the pool below and met back up with the group. Apparently my paddling partners went right, so there is more than one option.

This year we paddled one stretch of the Jacks Fork River and two on the Current River in the Ozark National Scenic Riverways. This trip was a nice way to end the four days of paddling on a different river and a different area of Missouri. 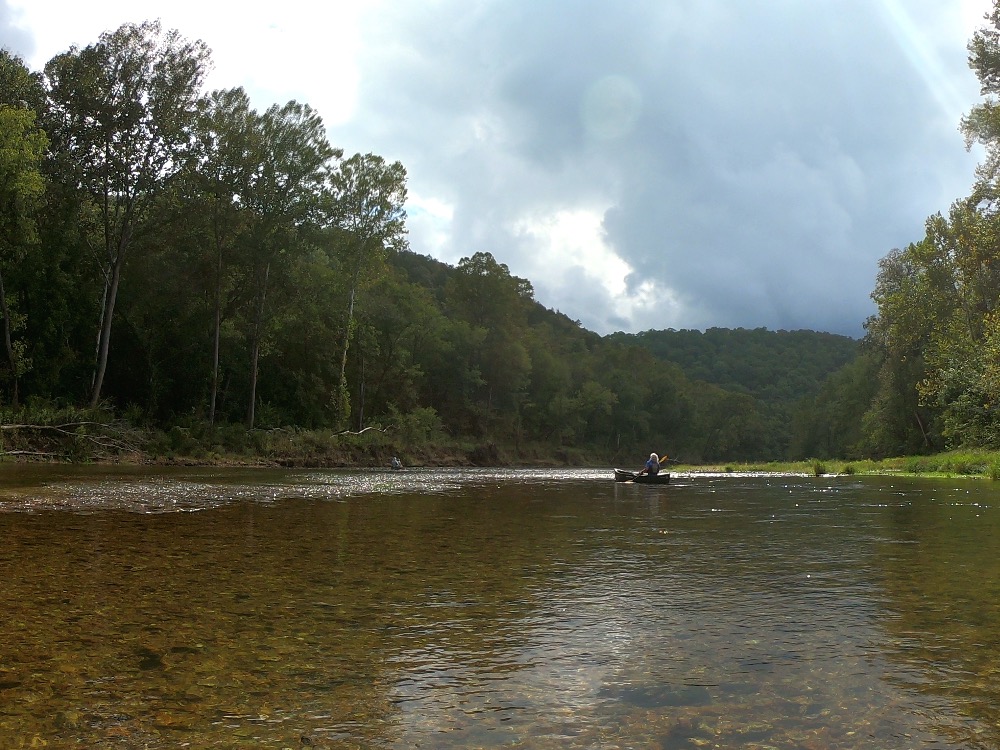 Thank you Bob Tyler for use of the canoe