Fogged out at Poás Volcano

Most people when they land in San José, Costa Rica cannot wait to leave immediately and head to the nearest beach or rainforest for their adventure. This is understandable as the best destinations are found along either coast. However, there are a few places to visit within an hour of the capital that are worth a visit. One of these is Poás Volcano National Park. 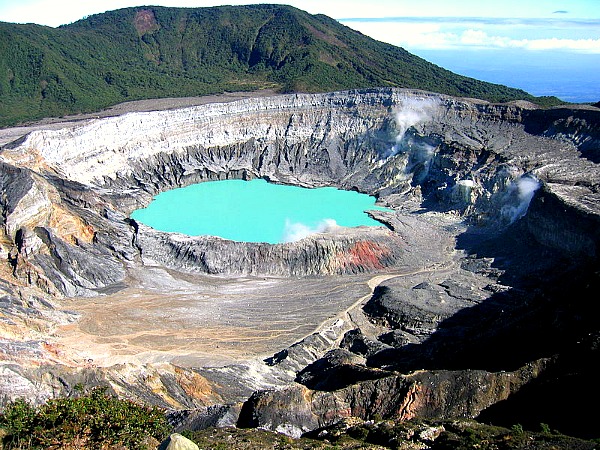 Tour for Poás Volcano and La Paz booked at our hostel

We stayed our first night in San José and our last night at the Alajuela Backpackers Hostel, which is conveniently located only five minutes from the airport. It is also close to bus lines departing throughout the country. When we were a couple of days from leaving Jaco to come back for our return flight, we sent an email to the hostel to see if they had any tours for La Paz and Poás Volcano. 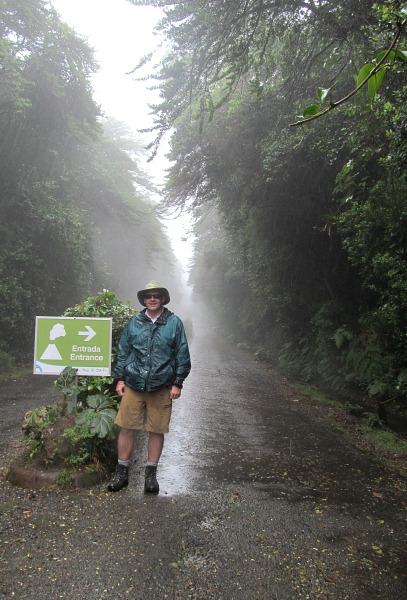 They replied that they have a combo tour, and we booked for a $130, which came out to $65.00 a person for the privilege of renting a van and driver to escort us around. This did not include the cost for entrance. Poás was only $10.00, but La Paz is $38.00, so the total was over $100.00 a person. Kind of expensive, but I felt it was worth it. See the tips section below for ideas on making this trip less expensive. 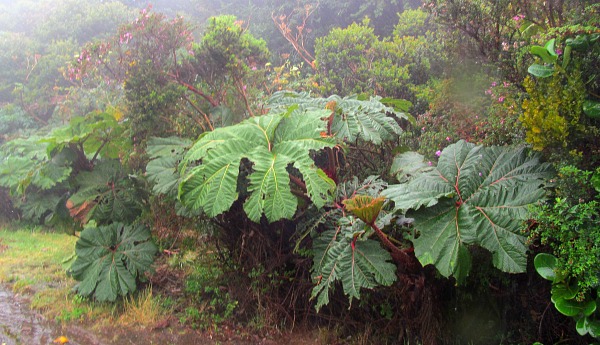 The owner of the hostel turned out to be our driver. Mauricio picked us up at the hostel at 11:30.  It was a cloudy and relatively cool day by Costa Rica standards when he picked us up. Low hanging clouds hovered over the mountains surrounding the city.

As soon as we drove away from the town of Alajuela, we gained altitude. We soon entered the clouds, and it began to rain. The temperature dropped as well. When it comes to outdoor adventure, there is no worse weather than cold and rainy. This was our last day in Costa Rica, so we knew we could dry off and warm up later. 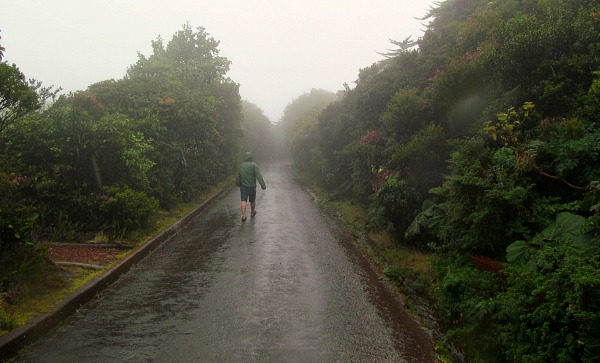 Despite the clouds, we did see some really pretty views of the countryside. Usually, you get great views looking back at the capital, but not today. Mauricio explained that we were traveling through one of the best coffee growing areas in the nation, which is saying a lot as the country is world renowned for its coffee production. Alajuela Backpackers also offers a coffee plantation tour or you can add it to the Poás and La Paz tour. 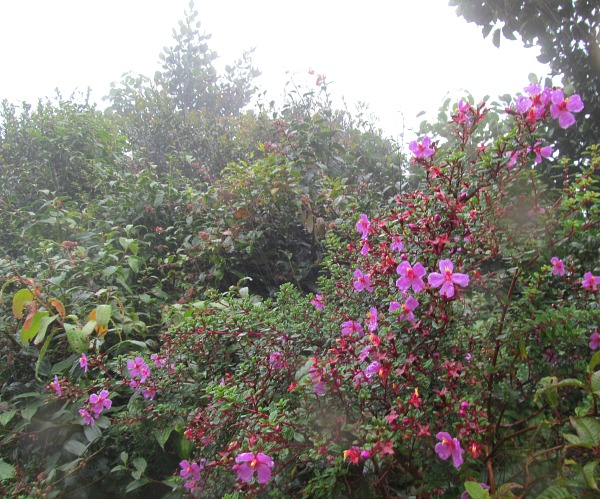 Despite the rain, I did take the time to appreciate the flowers at Poás Volcano National Park

We arrived to Poás in a steady drizzle. The tour does not include a guide. Mauricio said that he would join us inside if we wanted him to come. He was a nice guy, and it would have been nice to have his company, but since the weather was so lousy, we knew he really did not want to go in. The trails are really well marked, so it was not necessary for a guide anyway, so we went in on our own. 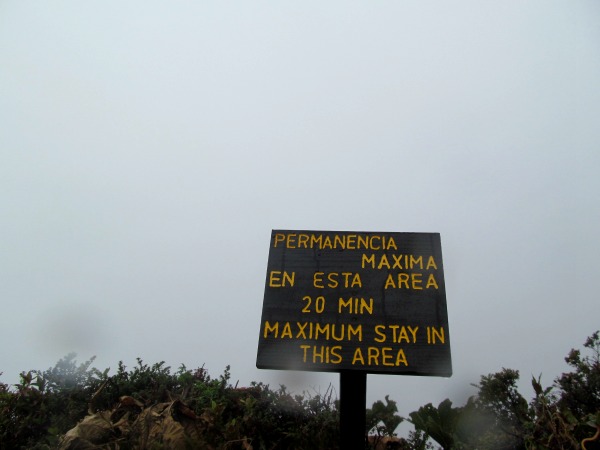 We hiked up the cement walkway to the edge of the crater. We were greeted with a bank of clouds. You could not see a thing. It reminded me of the ending scene in the movie the Gods must be crazy when the Kalahari bushman throws a coke bottle off of what he thinks is the edge of the world. 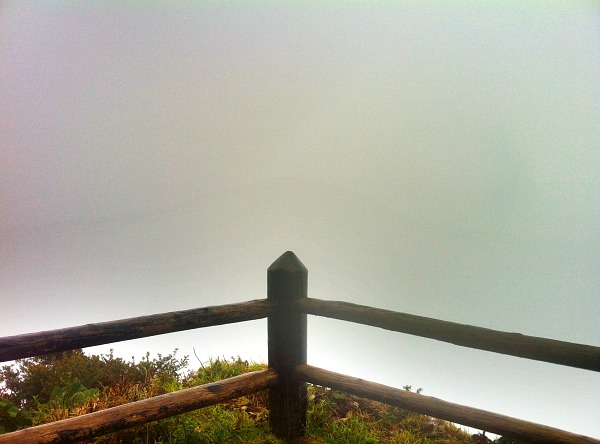 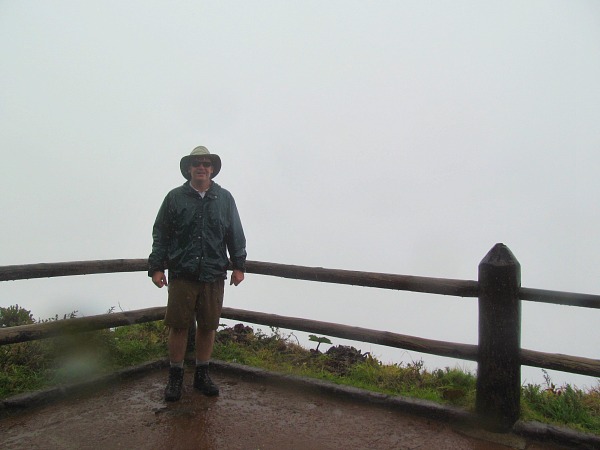 On the edge of the world at Poás Volcano National Park 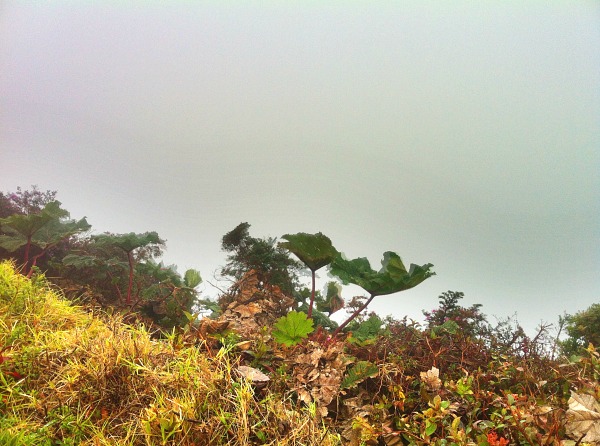 It was funny because there were these signs that limit the time you are allowed to look over the edge to 20 minutes as a courtesy to other visitors. This was not a problem today as there were only  a few hardy souls besides ourselves. Due to its proximity to San José, Poás Volcano National Park is the most visited national park in Costa Rica. 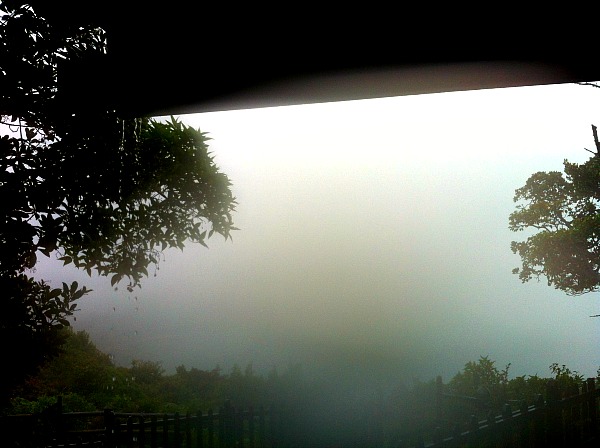 We decided to hike a few of the trails. One trail skirted the lip of the volcano and followed the edge to another overlook with a view of Laguna Lake inside the crater. We were able to catch a few views of the lake as the clouds broke just enough to get a quick peak. We were also able to get a brief respite from the rain at the structure at the overlook.

The trail was kind of like the Appalachian Trail. It was the long green tunnel. The flora was really interesting here and very green. The most interesting plant was this huge leafed variety dubbed the poor man’s umbrella. I was tempted to pick one and put it to use, but I knew that would not be very green. 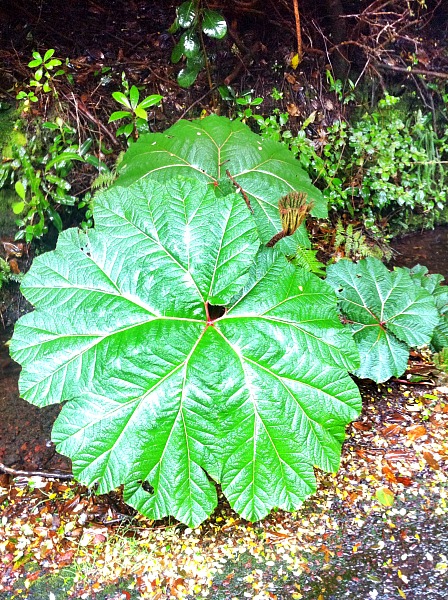 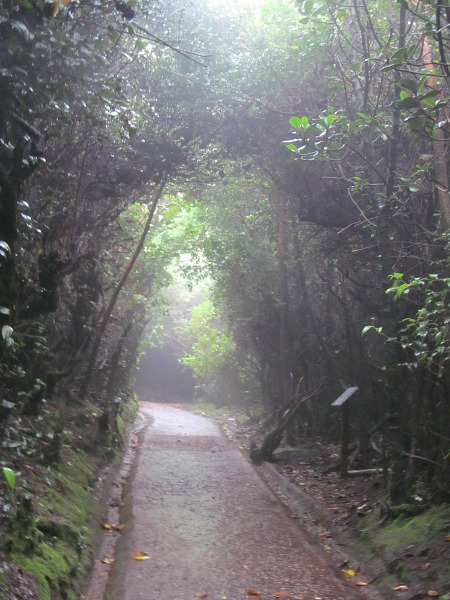 Hiking through the Poás Volcano jungle

We returned to the entrance and met up with Mauricio. First we dried off a bit at the Visitor’s Center where I had possibly the worst cup of coffee I have ever had. Apparently they local coffee growers were not supplying the beans at the the little cafeteria. 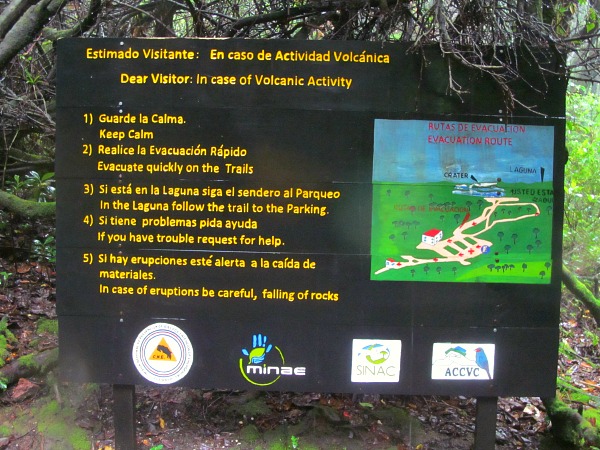 The sign at the Poás Volcano National Park overlook

Despite the fact that the weather was horrible, I enjoyed the experience. While the view was not sensational, it was interesting as walking on the trails in such fog gave it an eerie quality to it as did the fogged in overlook. Check this website out if you would like to see the volcano on a clear day.