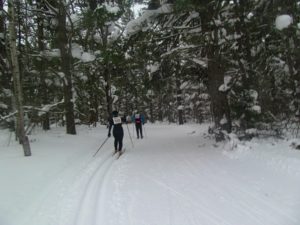 Skiers entering a pine forest during the Great Bear Chase

There are other races besides the American Birkebeiner

The American Birkebeiner in Hayward, Wisconsin is the most prestigious and noted by the Worldloppet Ski Federation as the preeminent cross-country ski race in the U.S. Each February the area more than triples in population as 10,000 avid skiers participate in the several races that make up the Birkie. 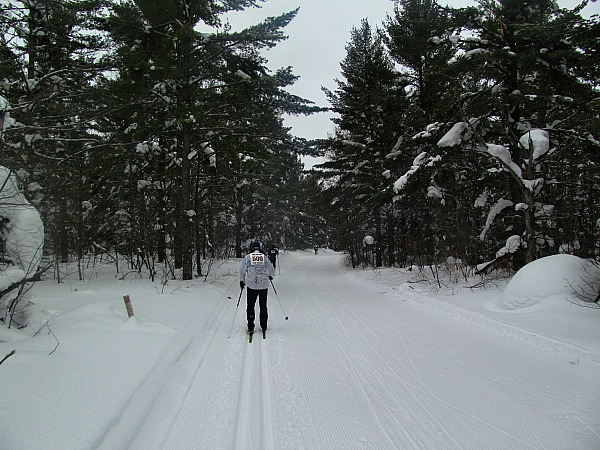 In early March, another great race takes place in Calumet, Michigan in the Keweenaw Peninsula: The Great Bear Chase. It is a fitting place to host the race as the region gets an amount of snow that almost rivals the western mountains. The Wasatch Mountains in Utah routinely gets over 400 inches of snow. You would expect that from a mountain range. Calumet, Michigan gets over 200 each year with no mountains, but they do get a ton of lake effect snow. 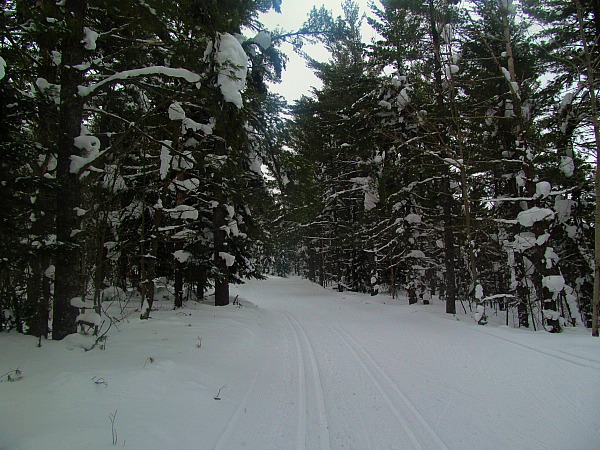 This post is not to convince you to eschew the Birkie in favor of the Great Bear Chase. The Birkie is number one for a reason and this year I will be partaking in my fourth race. The point of this post is to not get so enamored by number one that you have tunnel vision and race only one race. Broaden your cross-country ski racing horizons and try out the Great Bear Chase.

I tweeted a picture of myself getting ready for the race about 20 minutes before the shotgun started from my hostel in Lake Linden. I got in the car and 10 minutes later I was at the race parking lot. It then took me several minutes to park, put my skis on and run to the starting line. I had just gotten my skis on when the shotgun sounded. 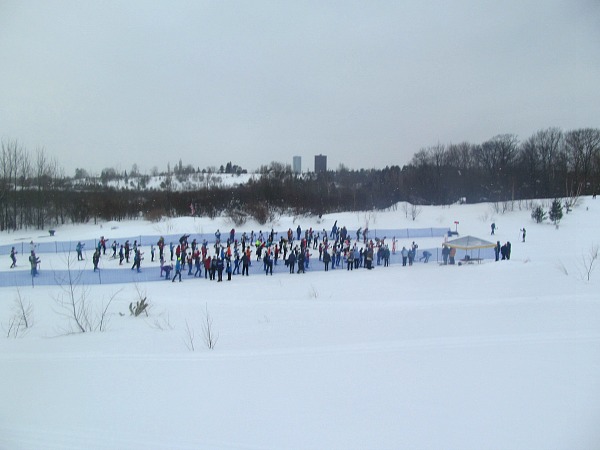 I would not recommend cutting it that close. I did not even have a chance to take a picture with the cute fuzzy mascot bear. However, if I would have pulled these shenanigans at the Birkie, I would have been two hours late. You have to a arrange transportation hours in advance of the start of the Birkebeiner and then wait hours until your wave starts in a warming hut. 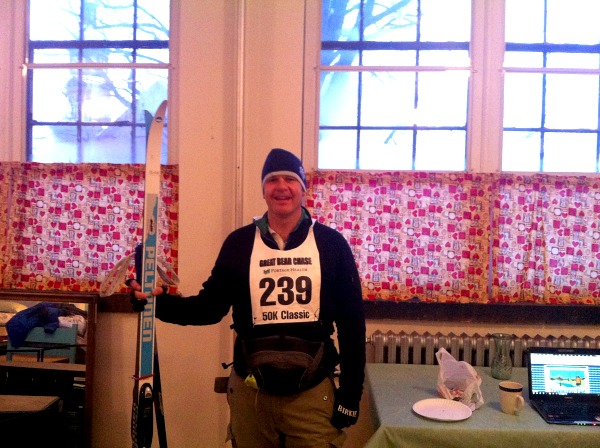 Photograph of myself about 20 minutes before the start

This is just the beginning of the race. Once the race starts in the Birkie you are in a wolf pack for much of the first ten kilometers until the Korteloppet race branches off. At the Great Bear Chase, there were times where I was the only skier around for sometimes ten minutes. At times I forgot I was in a race and felt like it was just me skiing. This changed once the skate skiers started, but still it was nothing like the Birkie where you are constantly surrounded by other racers.

My race times in the Birkebeiner have been 5:55, 5:34, and 5:31. My first race at the Great Bear Chase was under 5 hours. The Swedetown Trails are not as hilly as the grueling Birkebeiner. The worst hills at the Birkie come at the 42 kilometer mark when you are beginning to tire. These hills demoralize you right when you are looking for that second wind to begin the home stretch. There are some nice hills on the Great Bear Chase, but the course is built for speed. 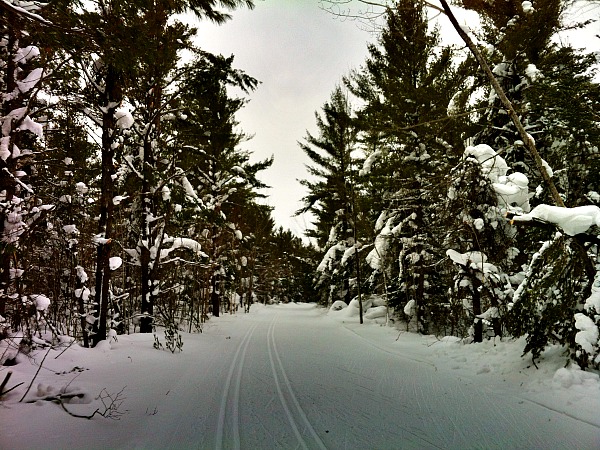 The Swedetown Trails are a faster flatter course than the Birkie

It is amazing how empty the cross-country ski trails are in Wisconsin after the Birkie. Sometimes this is because the snow has melted and people cannot ski. Even when there is snow, people are done with snow and cross-country skiing once mid February comes. This year continue skiing since you are now in your prime skiing condition and check out Michigan’s Upper Peninsula. 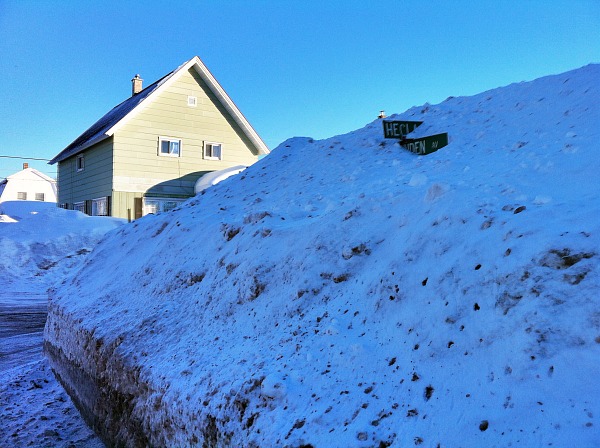 I wish I could Nordic ski year round. I love the Great Bear Chase because you can rely on an enormous base of snow in March when the rest of the Midwest begins the thaw. I was in awe of the piles of snow that reached to the tops of road signs and huge snow drifts, which were almost as high as houses. In the almost 35 years the race has been  in existence, the race has only been canceled twice – only once for lack of snow. It was canceled in 2000 due to a major wind storm the night before, which knocked over dozens of trees over the course. 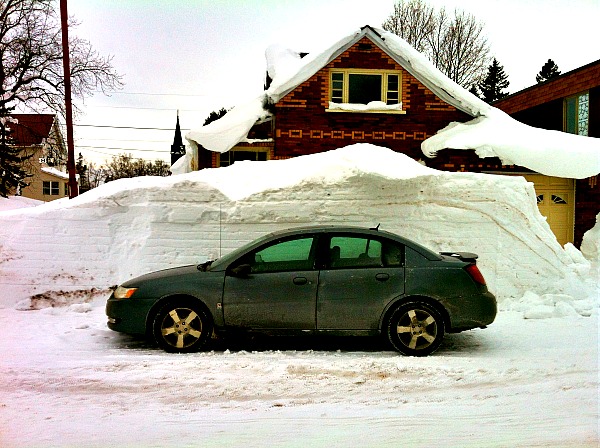 The snow drifts were just epic 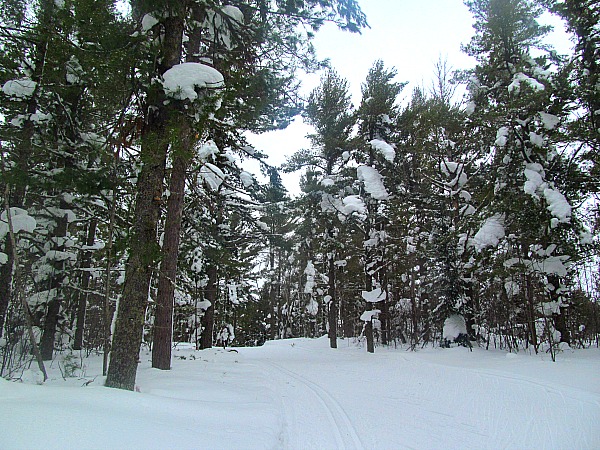 The beautiful Swedetown Trails – Home to the Great Bear Chase

While the Swedetown Trail is not as grueling and challenging as the Birkie, it does have some nice hills. The course is beautiful going through sections of snow covered pine forest. Since it is on a similar latitude from Hayward, the scenery is quite similar to what you would see on the Birkie.

There is something about this region that really grabs a hold of you. The people are friendly, the landscape is remote and hauntingly peaceful, and the place holds some unexpected surprises. The surprises included the food, things to do, and the architecture. 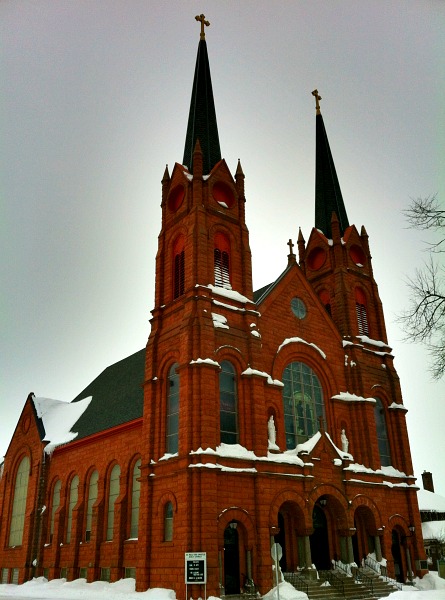 One would not expect to be overwhelmed by the food in the Upper Peninsula, but I ate well during my stay. I had a wonderful pasty in Hancock, Michigan on my return home at Kaleva Cafe, and a tasty fish fry in Lake Linden at a local restaurant the night before the race: two UP staples. 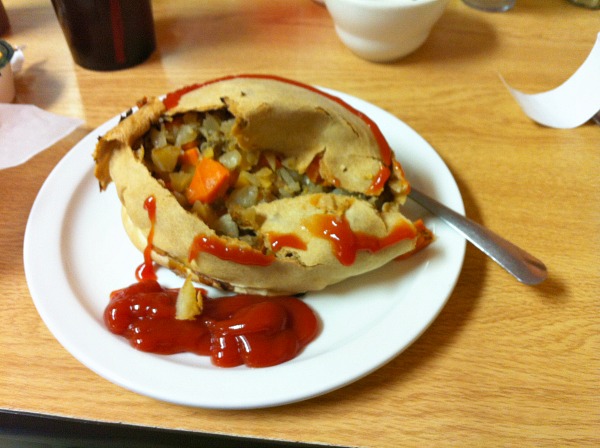 Tasty pasty on the way home at Kaleva Cafe in Hancock

The town of Calumet has a beautiful church in the middle of town. It looked especially amazing contrasted against the omnipotent snowy landscape. I also watched a hockey game at the Calumet Colosseum – the oldest continuously operating rink in the world. It was great to see the Calumet Wolves prevail. 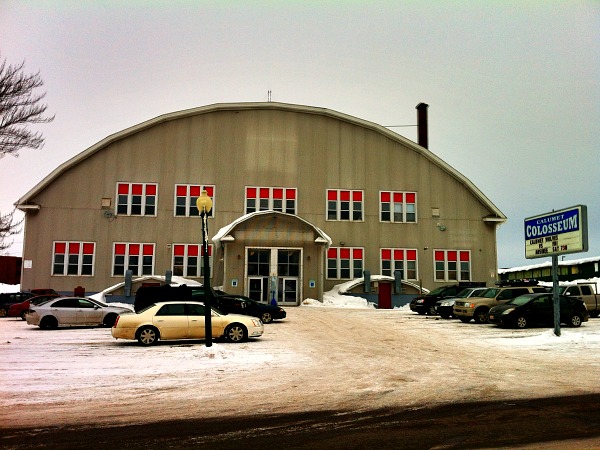 Calumet Colosseum – The oldest continuously operating rink in the world 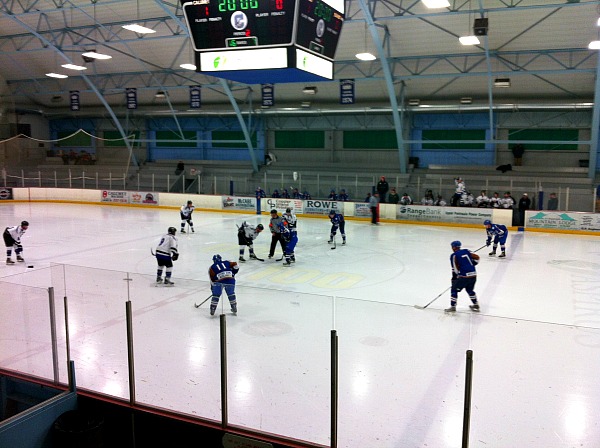 Although this race is not as prestigious and not as much of an event as the Birkie, I fell in love with the region and the experience. I will be back and I highly recommend the race and experience. 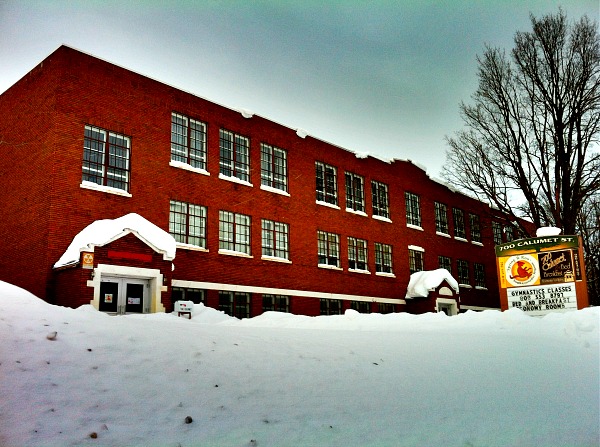 My adventure in the Keweenaw was partially sponsored by the Great Bear Chase. The observations on the race and the town are my own. I stayed in Lake Linden for two nights at the 700 Calumet Bed and Breakfast and it was wonderful. It is a converted school with an interesting atmosphere. It was a great place to meet other skiers who were also staying there. If you need any cross-country ski equipment or rentals, check out Cross Country Sports for your ski and bike needs.