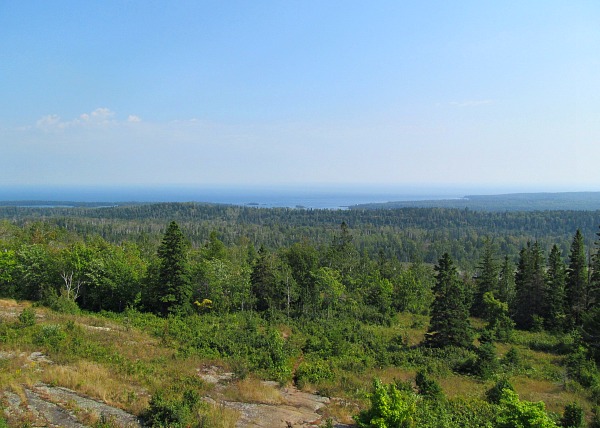 There are many variables on an adventure that you cannot account for. There are also ones that you can with proper research and preparation. I will break down all the aspects of the trip in hopes that people who read and want to visit Isle Royale can learn from my mistakes. 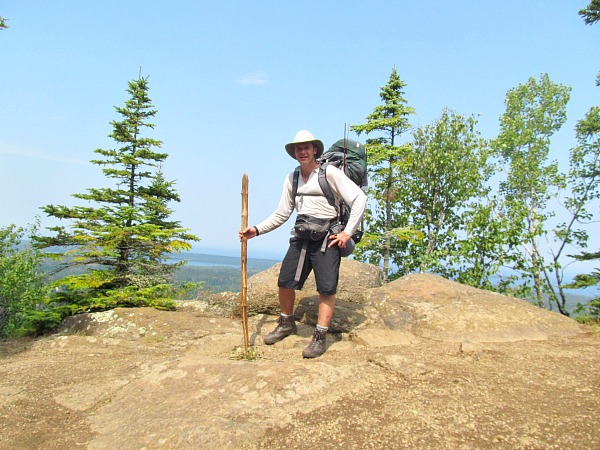 I left Chicago at 6 p.m. I was hoping to be in northern Wisconsin by midnight or 1 a.m. I was going to camp somewhere and sleep for a couple of hours. I had to make some stops on the way up, and I realized that there was no way I was going to be able to stop and sleep. I ended up driving all night and getting to Copper Harbor around 4 a.m. Therefore, I started off the trip already tired and sleep deprived. 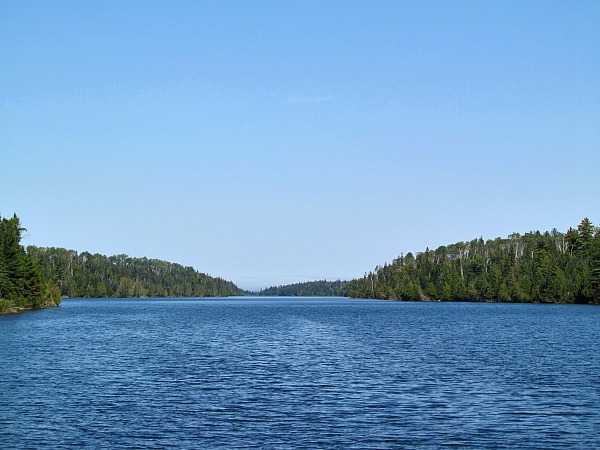 When I arrived at the Ranger’s Station at Isle Royale I was told that they had a tapeworm parasite on the island that had to be treated with a recommended 25 micorn filter. I had a steripen, but they said it would not kill the tapeworm. I then had to boil water to kill the bacteria. Boiling water really sucks, especially when it is hot and you are thirsty because you have to wait over an hour for the water to cool before you can drink it. Plus, all the boiling tapped my fuel, and I ran out of fuel with two nights to go.

It is the height of irony to be on an island in one of the largest freshwater lakes in the world with over 40 inland lakes and be thirsty and dehydrated, but that is what happened. Thanks to Nate, Jamie, and Chris for use of their water filters to keep me going.  I eventually had to hike out a day early to get water at Rock Harbor.

Always read up about the water system and if necessary call the park to find out more information, so you don’t end up in a tight water spot when you get to a park. I though the steripen would be sufficient, but a phone call to the park would have let me know it was not. I could have either bought a water filter or brought more fuel if I would have planned better.

Backpack was too heavy

Although I am not an ultralight backpacker, I have taken many steps towards lightening my load in recent years. I have upgraded my tent, sleeping bag, ground pad, and clothes in an attempt to ease the strain on my back and shoulders. This trip I took a step back. I brought too much food, I brought a fishing rod and tackle (which I did not even use due to being too tired after hiking in the sweltering heat), two liters of alcohol, and I brought too much clothes: all rookie mistakes. 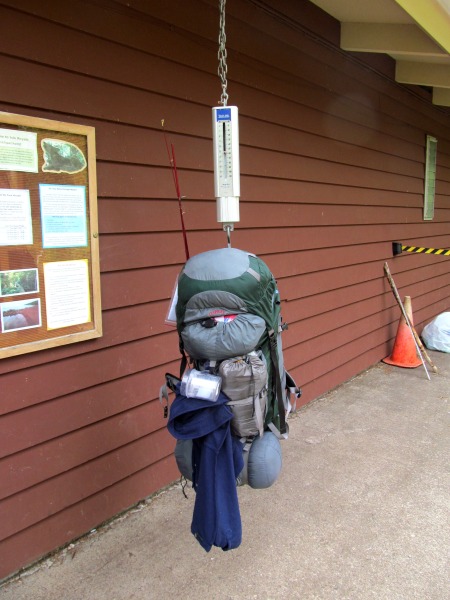 My pack weighed in at over 65 pounds at arrival at Rock Harbor and my fanny pack was close to 10 pounds more. All this weight combined with the hot weather really wore me down. This was on top of the fact that I was already tired, and my drinking water situation was not optimal meant I could not hike nearly as much as I wanted. It is important to keep the backpack between 40-50 lbs. and this is completely doable. 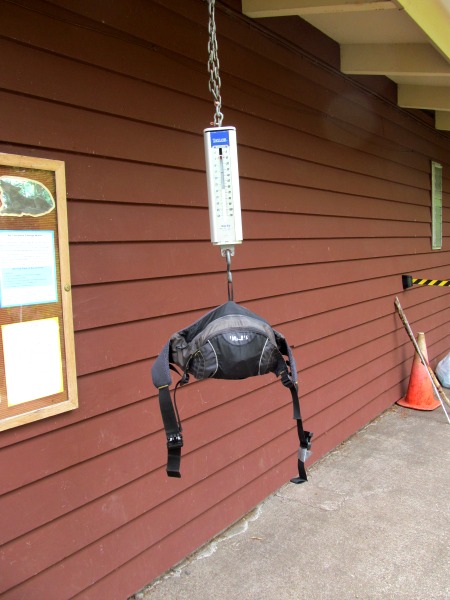 I brought a new hammock given to me to sample by Grand Trunk Goods. The hammock, mosquito netting, and rain tarp are top quality. Unfortunately, the dude in charge of hammock set up was not top quality. I put the blame for this situation squarely on my sore shoulders. I used the hammock twice (Isle Royale also has shelters, which I used the other four nights). The first night the hammock worked great, and I stayed dry in a pretty impressive thunderstorm. This was my first time camping with a hammock. 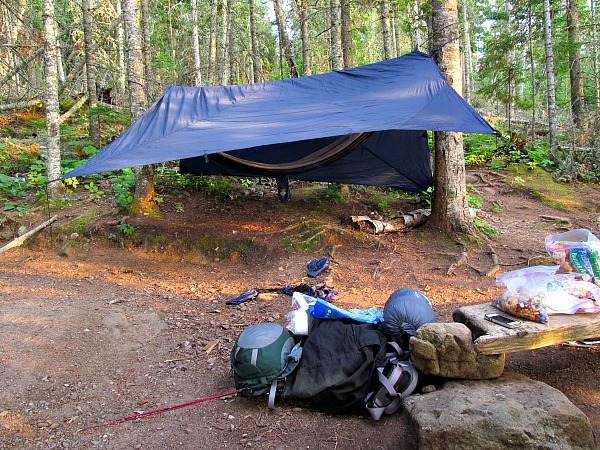 First night hammock set up a success at Lane’s Cove – 2nd night, not so much

The next night I used it was a debacle. I used two trees too close together. I slumped in the hammock and kept shifting forward. One time I shifted up and there was not enough fabric at the top to support my legs, and I flipped right out of the contraption on the ground ripping the mosquito netting.

Speaking of mosquitoes, I also did not adequately set it up to make the netting far enough away from my face. The mosquitoes swarmed outside and basically buzzed my ears all night keeping me awake. I did not get bitten even with the ripped netting, but they annoyed me all night. I got only a couple of hours of sleep if even that. 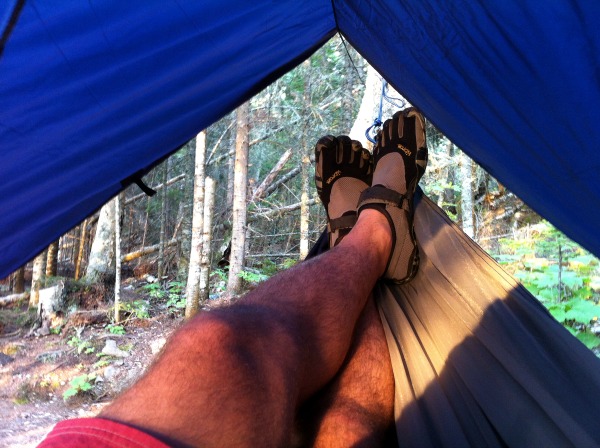 There is an art to setting up a good hammock. You need to put it up and test it during the day as soon as you get into camp to make sure it is comfortable. I was tired and came into camp late this day and set it up quickly without testing. Also, it might be a good idea to test your hammock skills first before setting out on a hardcore hike. Bring some  mosquito spray into the hammock with you and spray out around your ears in order to create a buffer zone around the outside of the hammock in order to get some peace or perhaps bring ear plugs. 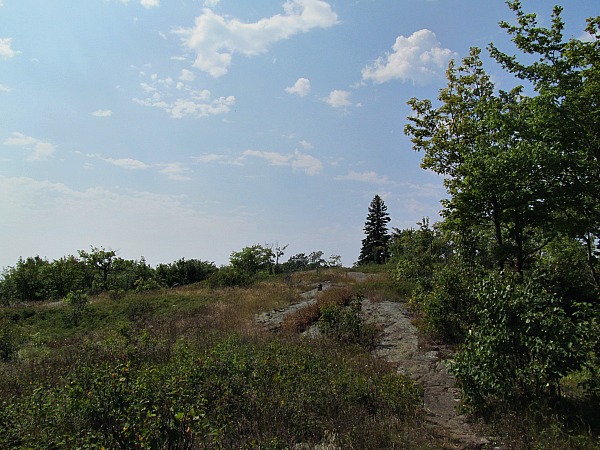 Beaten by the heat

In my defense, all of these problems that happened or occurred could have been dealt with and easily endured, but the week I visited Isle Royale, temps soared into the mid to upper 80s with high humidity. Without the hot temperatures, the water situation, the lack of sleep, and the heavy backpack would have been problems I could have faced, but the hot weather accentuated them all and made for a tough trip where I was unable to hike as much as I wanted.

Through it all, I still enjoyed myself and loved Isle Royale. My last tip is I would recommend hiking the island either in May or early June or from mid September to the first week in October. You usually do not face such hot weather even in August and July, but it can happen as it did on my trip.