One of the classic lines in horror movie history comes from the 1931 film Frankenstein. Dr. Frankenstein shouts in glee: IT’S ALIVE, IT’S ALIVE when his horrific creation comes to life. I felt the same way hiking through Isle Royale National Park. 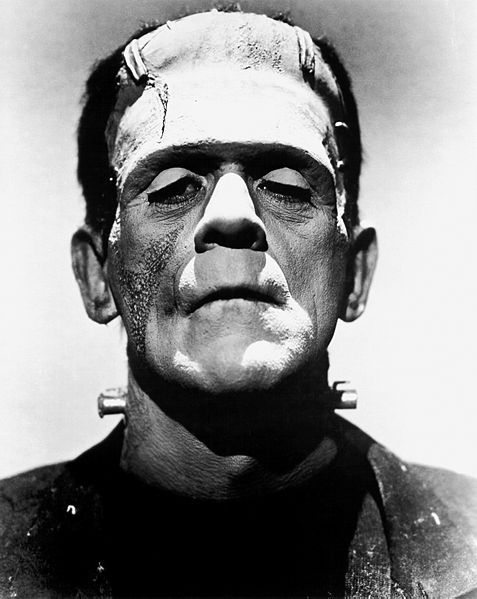 The most notorious living creatures in Isle Royale are the wolves and moose. Their symbiotic relationship is well chronicled on the island and elsewhere. The first question I have been asked since returning is did I see any moose or wolves.

Sadly, there are only 8 wolves left on the island putting their future existence in peril. I was told at a brief orientation that they are currently studying the possibility of introducing wolves on to the island and are expected to release the findings and a decision on this study later this year. 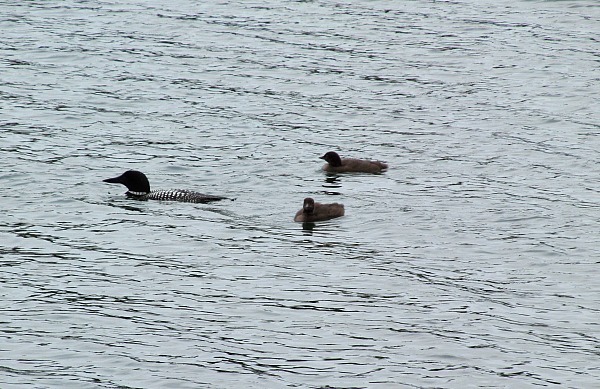 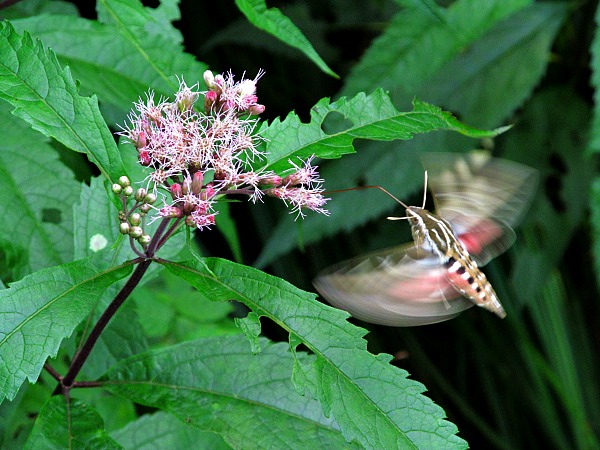 white-lined sphinx moths in abundance in an Isle Royale marsh

White-lined sphinx moths are a species that closely resembles a hummingbird and are often mistaken for the small bird as they pollinate flowers and are close in size. I have seen probably a couple of these moths my whole life. In one swamp covered with blooming flowers, I saw 8 of these insects darting around magically over brilliant blooms. 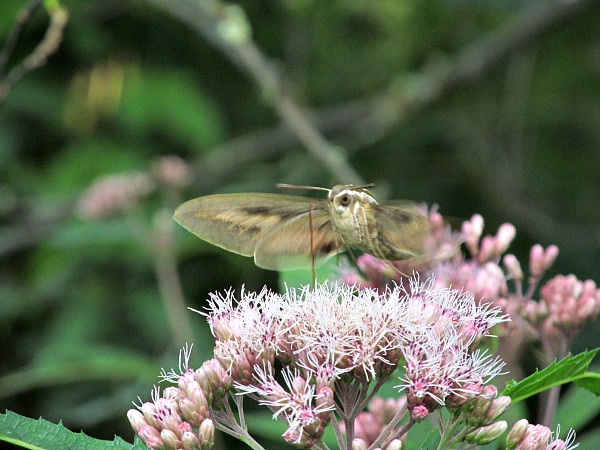 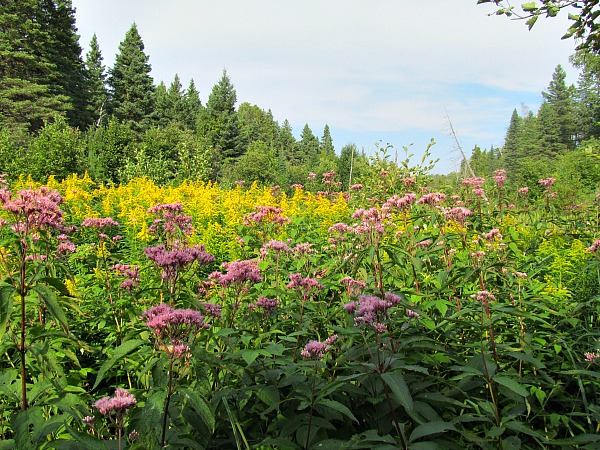 Flowers frequented by moths and butterflies

Dragonflies are another group of species found in abundance on the island. At McCargoe Cove there must have been a hundred of these big insects flitting around the dock. A mosquito did not have a chance out here. 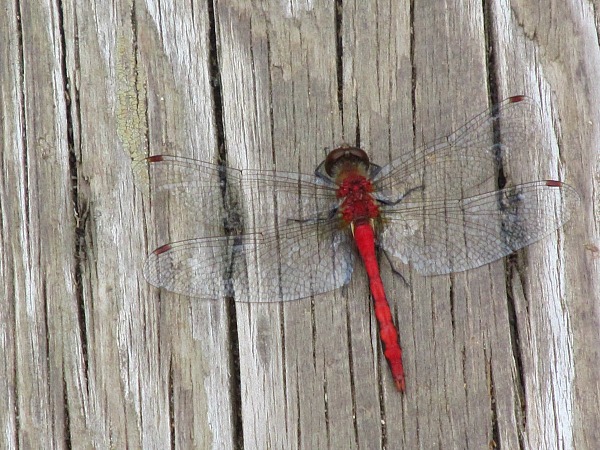 I was surprised not to see any bald eagles or osprey, but I did see a bunch of loons. In Tobin Harbor at the beginning of my hike I sat for ten minutes and watched mom and dad feed two babies right offshore. In each outhouse in the campground they had a study on the loons in the area. It seems by what I witnessed that the loon population is doing well.


Other birds seen included a kestrel, several piliated woodpeckers, a red-breasted nuthatch, a couple other hawks, mergansers, goldeneyes, great blue herons, and herring gulls. Piliated woodpeckers are one of my favorite birds, so I was glad to see several pairs. 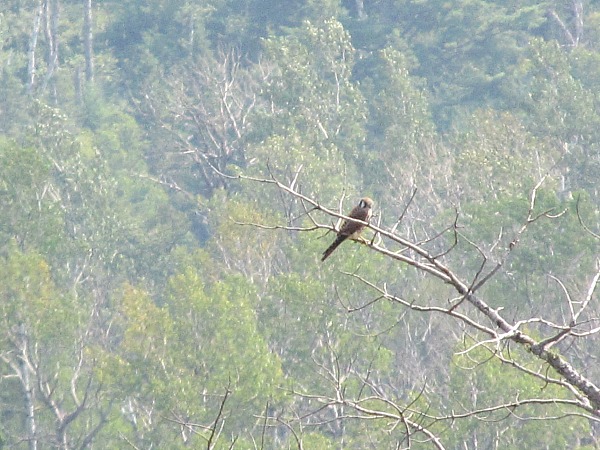 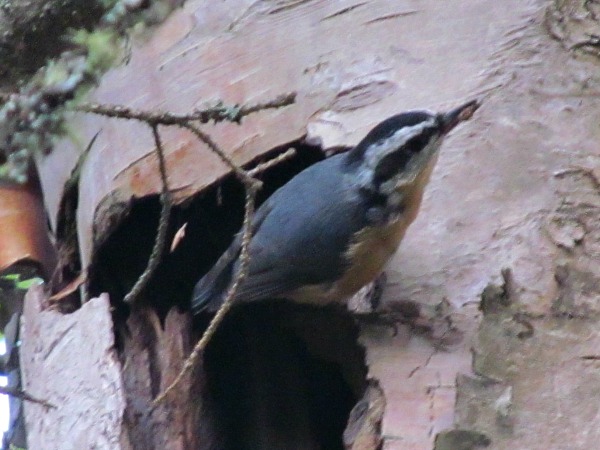 Isle Royale was a vibrant green 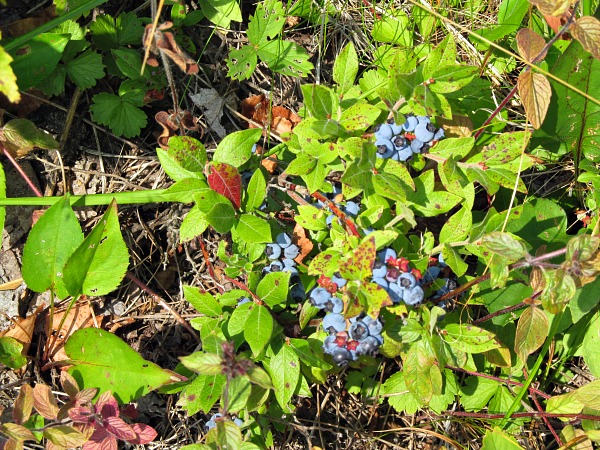 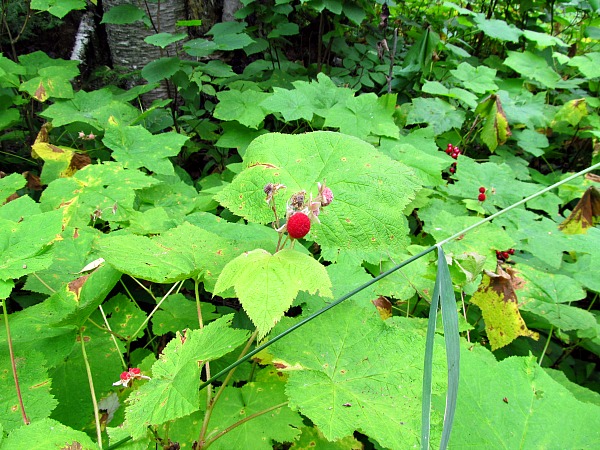 As were the many thimbleberry patches 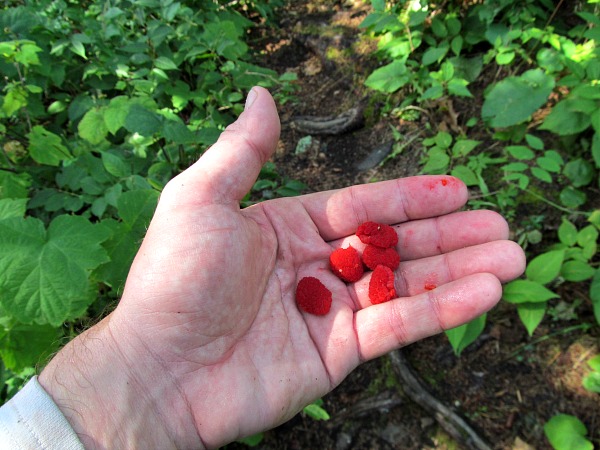 Living off the land is not only kind of cool, but it is also yummy

Insects a plenty on Isle Royale

The park was alive with mosquitoes, deer flies, ankle biter flies, horse flies, and spiders. The spider situation was not too bad although one bit me on the lip while I was sleeping on the last night. I woke up with a fat lip and upon further inspection had two puncture marks consistent with a spider bit. I also discovered a medium spider on my shoulder later that morning. I am not sure if it was the guilty one. For those with arachnophobia, I did not see any really big scary spiders. They were all medium size or smaller. 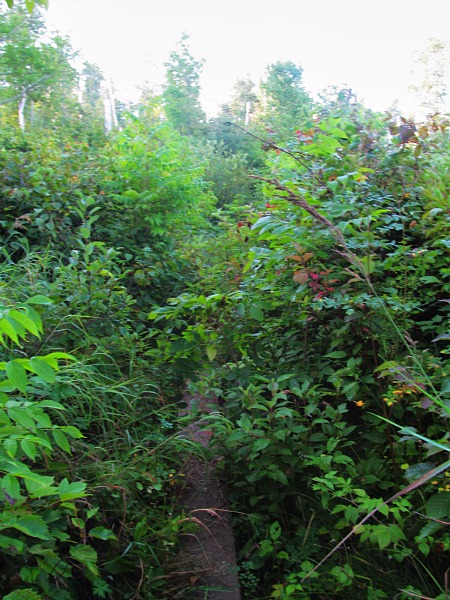 With vegetation like this to hike through, spiders might be a concern, but they were no problem

The nuisance bugs were not as bad as they could have been for such a wet year and at peak season. The only really bad night was at Chickenbone Lake, which is a very swampy area. Other than that the mosquitoes and biting flies were tolerable. 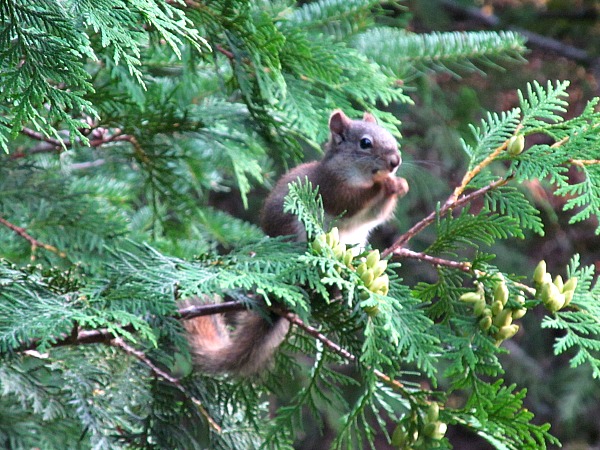 Although no moose or wolves, the great northwoods chastizer, the red squirrel was everywhere

Perhaps the existence of so many predators helped cull the mosquito population. As mentioned earlier, there is an army of dragonflies on the island, and I saw a few bats at night as well.

Happy with what I saw

I wish I had seen a wolf or moose, but I enjoyed checking out the array of other species found in this pristine island wilderness.