The Verdun Battlefield in northern France is the site of one of the world’s most horrific battles. Almost 100 hundred years ago the Great War or World War I raged along a 400 mile front in northern France and Flanders. The beautiful countryside was then a flaming war zone with trenches, bombed out craters, and the desolate no man’s land. No man’s land was the area of land between the two armies that was so bombed out no life existed. 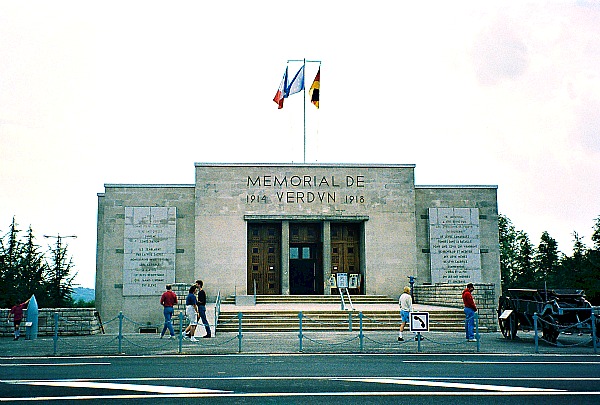 Historical context of the Verdun Battlefield

One of the key points in this swath of destruction was Verdun, France. The German Army decided here in 1916 that they could bleed the French Army white and eventually wear down the French with their bigger army. They were almost successful, but the attrition wore them down just as much as the French. 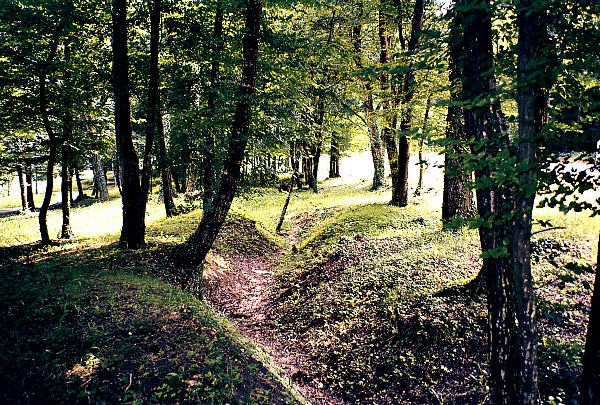 Arriving at the town of Verdun

Verdun is now a peaceful quiet town in the French countryside. I arrived one day by myself and with my school boy French asked a waitress at a French café where I could tour the battlefield. Où est la bataille de Verdun. The lady replied in a torrent of French. I must have been so successful with my French accent that she thought I was a native.

“Repetez lentment,” I replied (repeat slowly). I did my best to converse with her and in the end I was able to decipher that the actual battlefield was about 20 kilometers from town, which was way too far to walk and then tour in one day. She said she would call a taxi for me and the driver would drive me around to all the places I wanted to see. 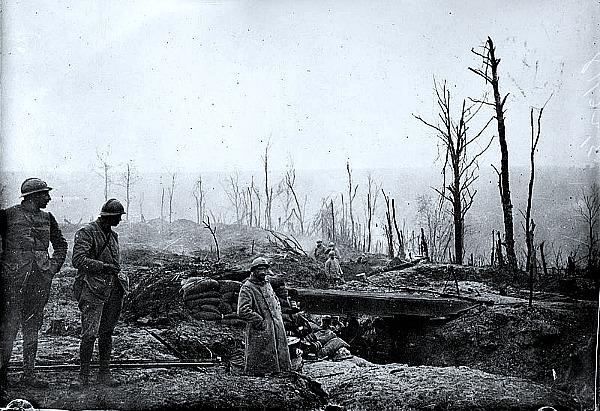 Getting a Verdun battlefield tour

I counted my francs, and I had enough to pay for the tour. It was 200 francs for a couple of hours with the taxi driver. At the time it was $40.00. The exchange was much more favorable back then. I imagine it would be around $60.00 to $80.00 now for the same tour. See the bottom of this post for tips on visiting.

My taxi driver picked me up and we headed to the Battlefield. The tour was amazing. My driver took me to areas where evidences of trenches and craters could still be seen. There were areas with deep craters that looked like a moonscape except for the fact that vegetation had grown back. It was strange to see these holes in the ground with grass and trees growing on top. 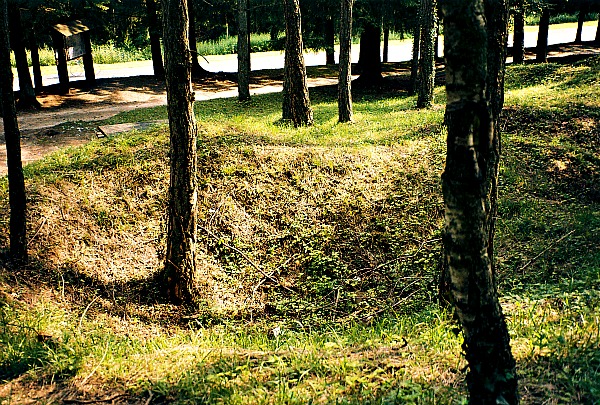 The area had a ton of monuments dedicated to the battle, and I was also taken to a military cemetery. War cemeteries are always an emotional visit as you can see firsthand the impact the battle had with so many lives being lost. You can read statistics, and they can be impressive, but when you see row after row of crosses each the final resting place of a young man with a bright future, the tragedy of war really hits home. 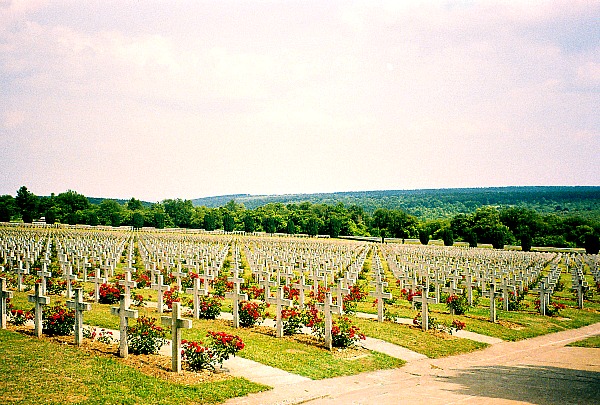 Besides the cemetery, another macabre structure paying homage to the fallen at Verdun is the Douaumont Ossuary. The Douaumont Ossuary houses the remains of over 130,000 French and German soldiers. During the course of the battle, over 100,000 soldiers went missing and many died and were buried where they fell either by compatriots or from the impact of shells burying them. These bodies are still being uncovered today by the French Forestry Service and  handed over to the Ossuary for their final resting place. There is also an observatory and a museum inside the structure. 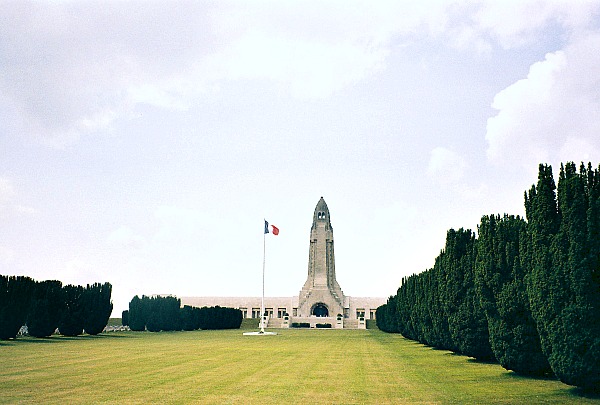 Douaumont Ossuary at the Verdun battlefield

The best part of the tour was visiting Fort Douaumont. This fort was a central part of the battle of Verdun. There is an excellent book called the Price of Glory by Alistair Horne, which is one of the best military accounts of a battle ever written, and whole chapters were dedicated to the fighting around this key structure. There was also an accident in the fort where munitions blew up in the fort while the Germans had control killing almost 700 soldiers and wounding 1800 others. 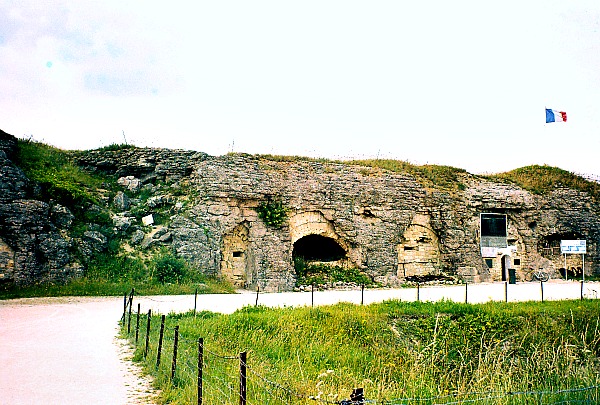 The outside of the historic Fort Douaumont at the Verdun battlefield 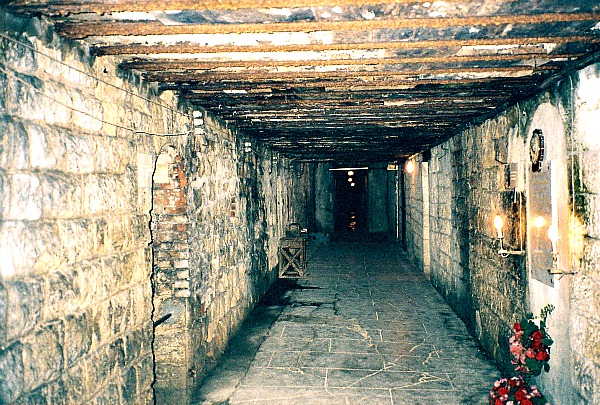 The area around the Fort was crater filled as one would expect. The striking aspect about standing on the fort was how beautiful the surrounding area was. Tree covered hills could be seen in the distance. It is soothing to know that no matter how much we try and destroy ourselves, nature always rebounds. 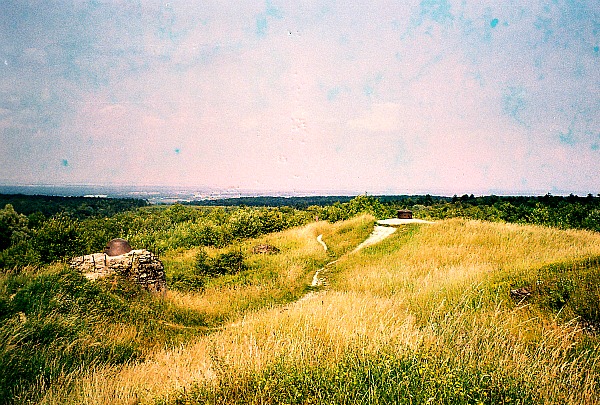 On top of Fort Douaumont at the Verdun battlefield site 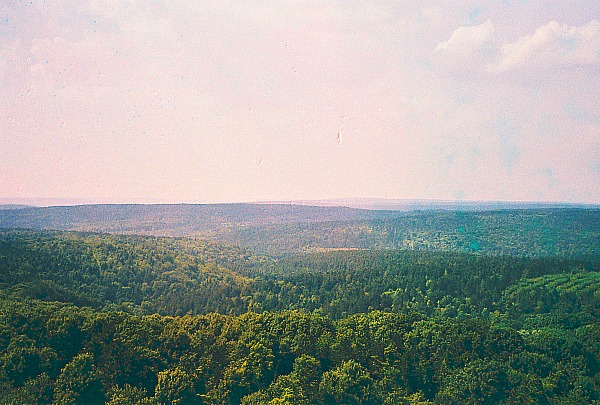 Verdun battlefield – The beautiful countryside as seen from the Douaumont Ossuary

Anytime you walk in the footsteps of a place where so many people suffered and died, it is always an eerie experience. Estimates of losses vary widely. Wikipedia states 337,000 French casualties in 1916 with 162,000 killed in action with 337,000 German losses with 100,000 killed in 1916 alone. The losses are staggering and these numbers do not include counterattacks in 1917 by the French and an American offensive in 1918 in the same area.

If you are interested in visiting Verdun, trains leave daily from Paris.

You might consider renting a car. Since you will need to find a way from Verdun to the battlefield if you take the train. It would be more convenient to just drive there and then have a car to tour the battlefield.

If you take the train stay in a hostel in Verdun the night before. Get the scoop from the proprietors and other travelers. You may also find other travelers who would like to tour with you and who could help share the cost of any tour. 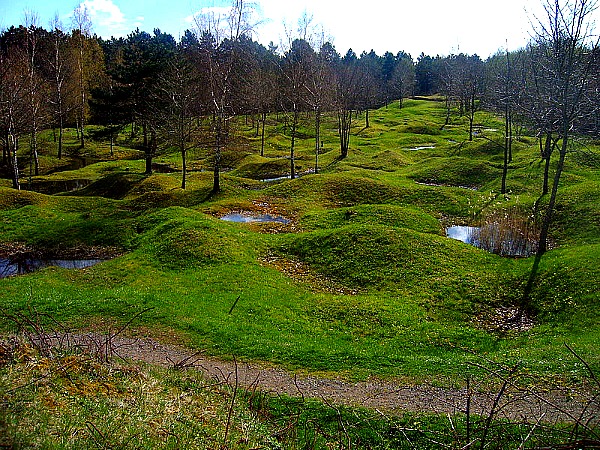 There  are guided trips you can find online, but it is more of an adventure to just go there and figure it out once you are there. It is also usually less expensive. It is better to book these tours on the spot instead of beforehand because you can get feedback from other travelers and locals on who to go with.

Read the book Price of Glory by Alistair Horne before going.