A New York no man’s land: the Adirondack Mountains

Monday’s post talked about a World War I no man’s land, but today’s guest post deal with a more pleasant beautiful one with the Adirondack Mountains in New York.

The state of New York tends to be severely overshadowed by the downstate region that New York City, Long Island, and the Westchester County area takes up. Those who live outside of the state are quick to call every other part north of the city “Upstate New York”, immediately placing more than ninety percent of the state’s area in this seemingly bare no man’s land. The only Upstate region that should be acknowledged as such would be the Adirondack Mountains (ADKs) region. 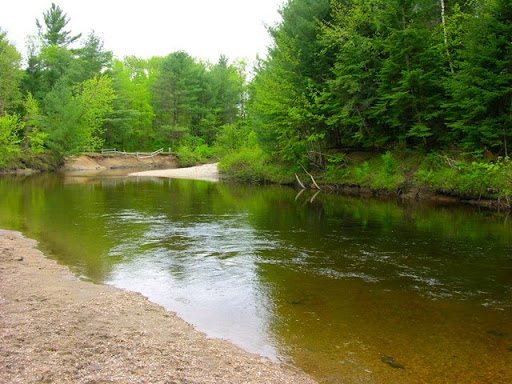 The Adirondacks take up an area of 9,375 square miles, which according to Visit Adirondacks is about the size of the state of Vermont. A lot of it is somewhat remote, but many establishments, campgrounds and towns have been placed to attract tourists, hikers, skiers and more.

I grew up in Syracuse, NY, which is in the dead center of the state and probably about 2 1/2-3 hours from where the ADK Region is. There are some great areas to hike and travel in the Fingerlakes Region (Ithaca, Southern Tier) and in the Catskills as well (southeast), but nothing holds a candle to the history and views that the Adirondack region holds.

When I was younger, my father would take me to an area that lies in the upper East of the ADKs in Warren Country. The town of Warrensburg hosts a large number of campgrounds that remain relatively untouched for decade after decade. The main attraction for campers would be the proximity of the Schroon River, which is a Hudson River tributary.

The river is big enough for plenty of boat rides and fishing, but not too big where the look is overwhelming. The actual campground where we would go is hard to name since the ownership seems to change every time we visited, but the scenes are simply unmatched.

I start with this area, though perhaps not as well known as the rest of the Adirondacks due to my many visitations and the scenery that the Schroon River delivers. I highly advise any prospective Adirondack visitor to look into this little treasure, and save the more popular regions for later.

But on to another area, which is actually home of the highest point in all of the New York State. If you’re a northeastern hiker, you might be familiar with Mt. Marcy. Funny enough, Mt. Marcy could actually be seen from a long distance at the campground that I was at in Warrensburg, though it is in the next county over in Essex. 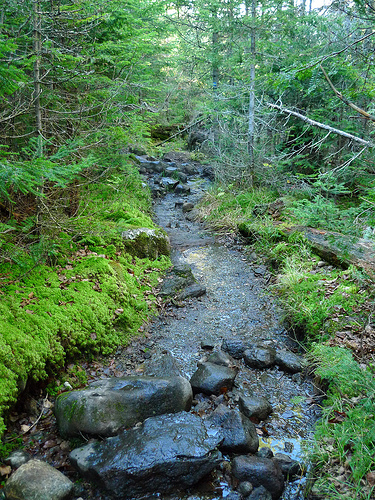 From the Van Hoevenberg Trail

Mt. Marcy is popular for hikers due to its elevation and the view for those who reach the summit. The best known trail to get to the summit would be the Van Hoevenberg Trail, a 7.4 mile stretch that is open for anyone who is up for the task. Don’t expect to see many scenes when going up this trail, as much of it is forested until you get to the last mile or so. It is certainly a great way to spend the afternoon, however. Even though it is a high point, it is not very difficult for the beginner hiker, as it does not demand much physical prowess.

In keeping with the familiar region of the Adirondacks, Lake George also resides in the Essex/Warren area. Lake George, alongside Lake Placid, is one of the best known bodies of water in the entire region. It remains a popular tourist destination, but also hosts several mountains around it that can be ideal hiking locations. I wish I could say I have hit all of these trails (which are numerous), but one I can point out in particular that has always been a source of enjoyment is Sleeping Beauty Mountain/Trail.

The name of the mountain can be misleading for some hikers who think its a breeze to get through, but actually it is more difficult than Mt. Marcy – not too hard though. It’s also about seven miles and will take you to the summit of mountain, offering a pretty fantastic view. The heavy trees offer a relatively warm “ADK feeling” that I always enjoy (hard to put in words).

Aim to visit Lake George, or actually any part of the ADKs for summer or early fall unless you have skiing in mind. Some of these trails can be dangerous for the inexperience climber, but for the most part are meant to draw in hikers of any skill set.

What I have brought up here is just a sliver of the offerings of the Adirondacks. I unfortunately don’t live in NY anymore, so it is difficult to get back there, but when I visit again, I will be sure to expand on the horizons. The whole area really is a treasure of the northeast that will impress the most veteran hiker/outdoorsman. Between the scenes and the rich history that exists (mostly 18th century and earlier to Native American times), it’ll bring plenty of enjoyment.

Doug Glaston is an internet marketer and content provider to Home Security Team throughout the day but an avid hiker, runner and cyclist in the evenings and on weekends. Share your past experiences in the Adirondack Mountains here for some solid discussions!