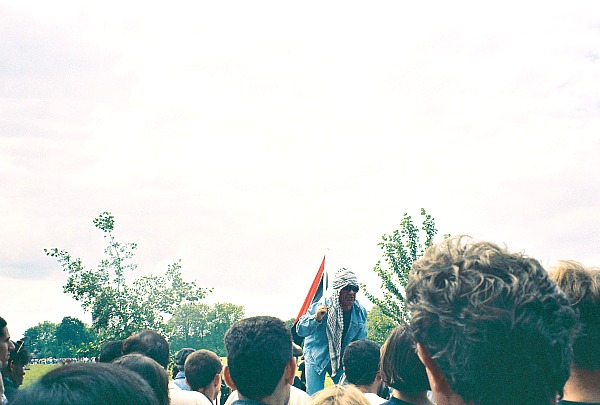 Over the past week, I have paid homage to London, England with a series of photos from the day in honor of the London Olympics from when I traveled there in 1993. I was studying World War II in Normandy for a month, and I did a reverse Normandy and invaded from France for a long weekend.

My dad had been to London when he was in college over 30 years earlier. He told me about a place called Speaker’s Corner in Hyde Park. He said it was a place in a park where people could freely speak their mind. I figured the tip was not worth a whole lot 30 years later.

When we grabbed a tourist map of London, there in the northeast corner was a dot that said “Speaker’s Corner.” I was amazed it was still there. I was able to convince my travel partners to check it out. 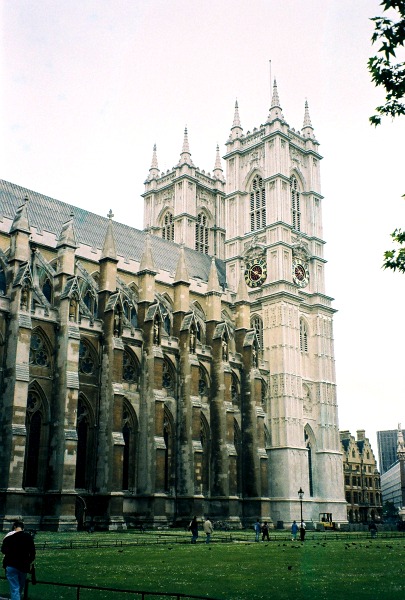 We got there and there were several crowds checking out various speakers. The funniest part was each speaker had his own peanut gallery. I soon realized this was staged, but it was pretty funny anyway. The speakers would speak while being heckled by a fellow speaker. Then, when they were done, the speaker would go to another speaker and heckle them.

There was one Muslim speaker trying to convince the crowd about the beauty of their religion. Meanwhile, hecklers prodded him with shouts of inequality towards women. It was entertaining and a fun diversion for an hour or two.

Some travel tips are eternal. A prehistoric blogger from circa 1,000 B.C could do a post about visiting Stonehenge, and some aspects of the travel tip would still be relevant today. Other parts would not be as fresh. There would be no mention in 1,000 B.C. about which bus to take or tour group to enter let alone any mention of cost. 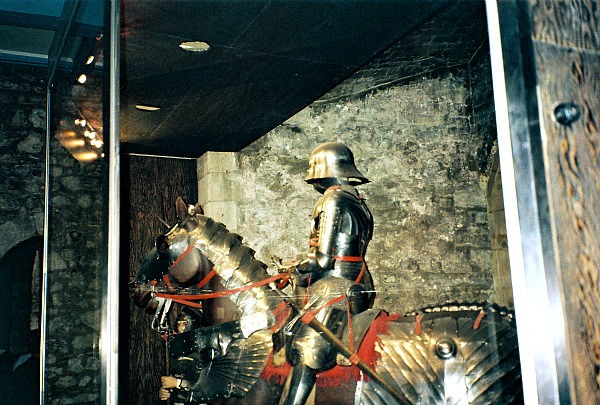 Sir Blogalot: the first travel blogger to write about Stonehenge at the Tower of London

My travel tip to check out Speaker’s Corner comes 18 years later, I can say with certainty that it still exists just like it did for my Dad. It is free, so check it out.

Check out my other pictures from my week from London:

Henson Foods and the Tower of London

The Imperial War Museum in London