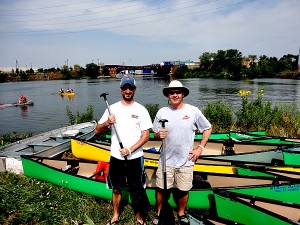 Leinenkugel’s Brewery from Chippewa Falls, Wisconsin came south of the border for a second year to raise awareness of the plight of the Chicago River with the 2nd annual Friendly Float. The float started at Dick’s Last Resort with breakfast then a bus took paddlers 4.5 miles south to Canal Park. The canoeists get their canoe and paddle back to Dick’s for lunch, beer, and live music.

A ten million dollar bill was passed earlier this year to help clean the river, but there is still much work to be done. Last year the Chicago River was named as the number 4 threatened river on a list put out by the conservation group American Rivers. This prompted the Metropolitan Water Reclamation District to start disinfecting sewage dumped into the river from North Side and Calumet treatment plants. This year the river fell off the ignominious list of ten. 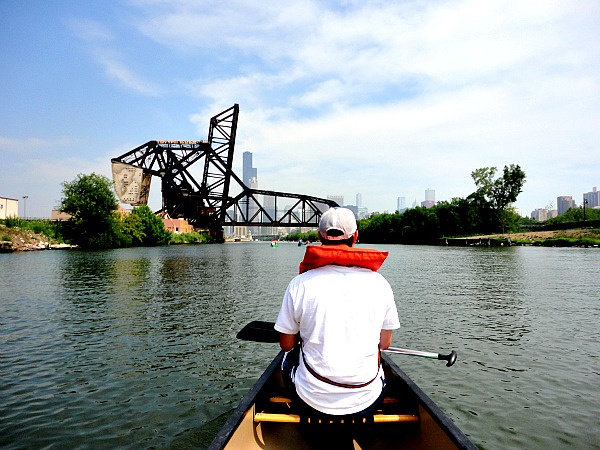 The Chicago skyline lurks in the distance

Even though there have been significant victories of late, there is a continued need to keep the battle in the forefront of people’s mind. Getting almost 300 paddlers out on the river is a great way to do it. Leinenkugel’s worked with the Friends of the Chicago River and Wisconsin River Outings to get enough canoes to get the people who signed up out on the river. 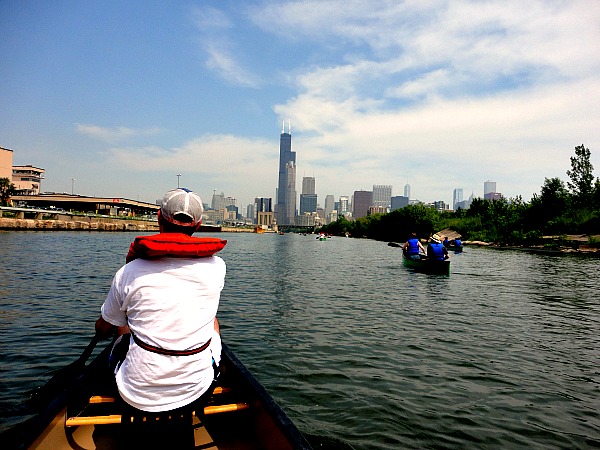 Canoeing from the south gives a great perspective of the state of the river. You can see the heaps of trash that lie in stagnant pools, and at the same time, see the beautiful Chicago skyline as it gets closer and closer. The paddler can see what is great about the Chicago River and at the same time see the need for continued work. This perspective cannot be attained on any of the river cruises where boats travel 20 mph and the visitors attention is usually upward.

It was a beautiful day to canoe. It was a little hot, but a breeze and some cloud cover helped cool things off just enough to keep life bearable. Thanks goes out to Leinenkugel’s for caring about the state of my hometown river, for inviting me on the float, and for making awesome beer.

For another slant on the Friendly Float, check out the effort by Work Mom Travels who joined this year. Kudos for her for bringing in the biggest trash bag. 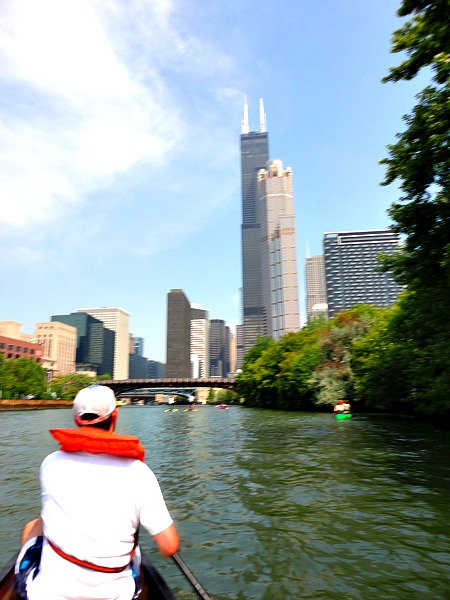 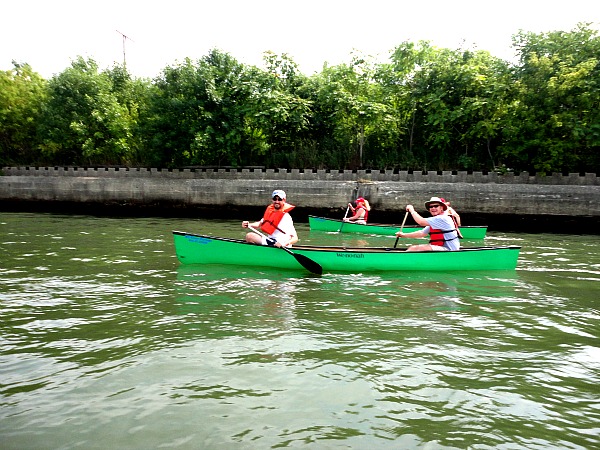 Looking good in our beautiful canoe from Wisconsin River Outings 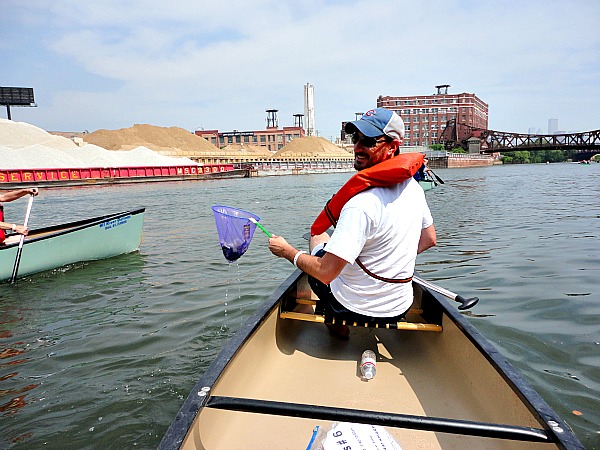 Although not an official clean up trip, there were nets, garbage bags, and gloves if participants wanted to do some river cleaning 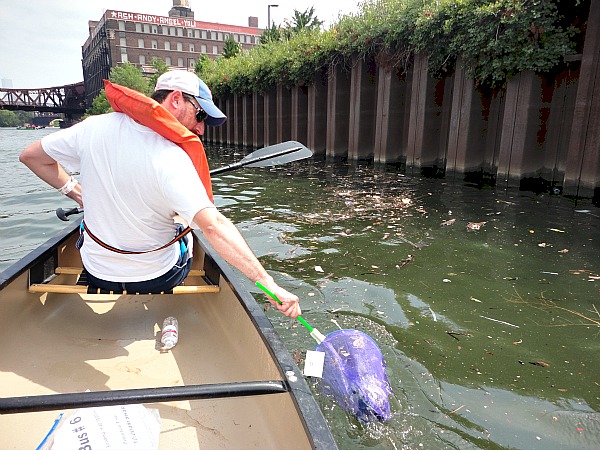 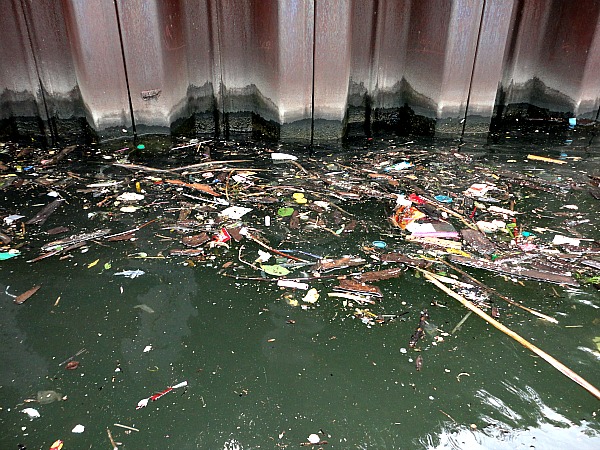 The Chicago River still needs a lot of love 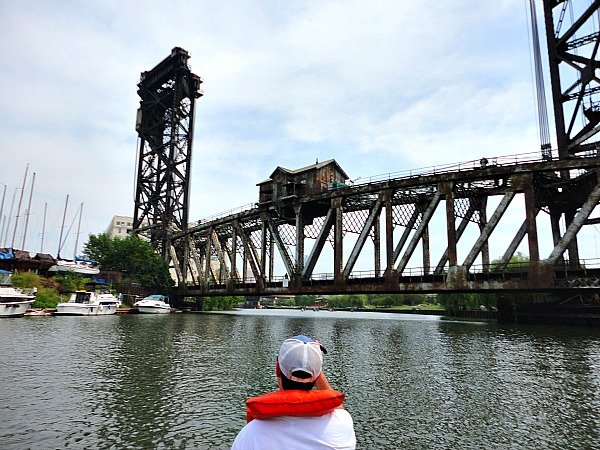 Cool suspension bridge with a building in the middle 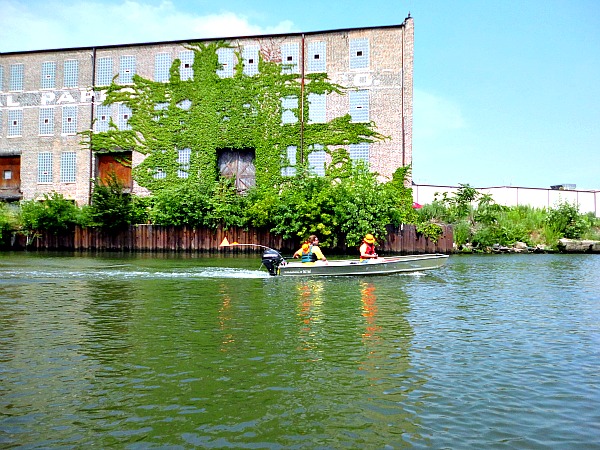 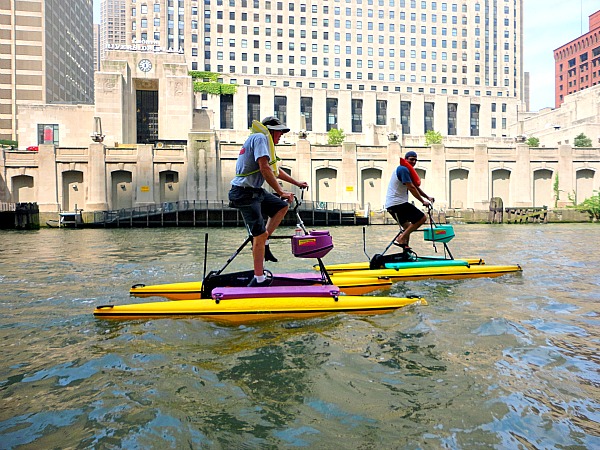 The Friendly Paddle for these two guys 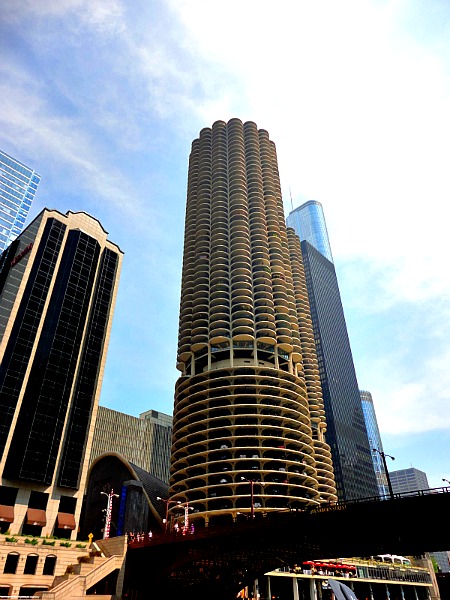 Marina City Towers and the end of the paddle 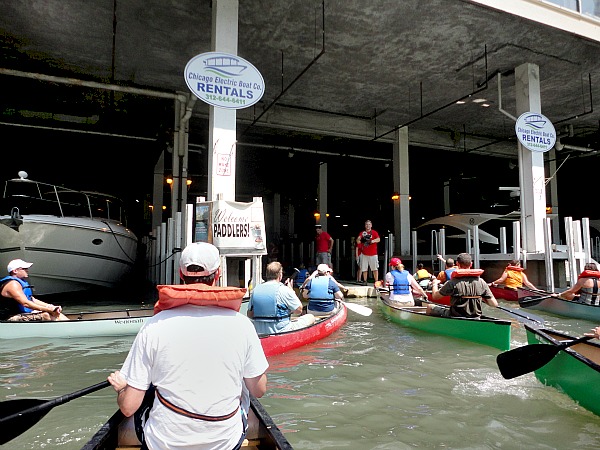 The Friendly Float comes to an end 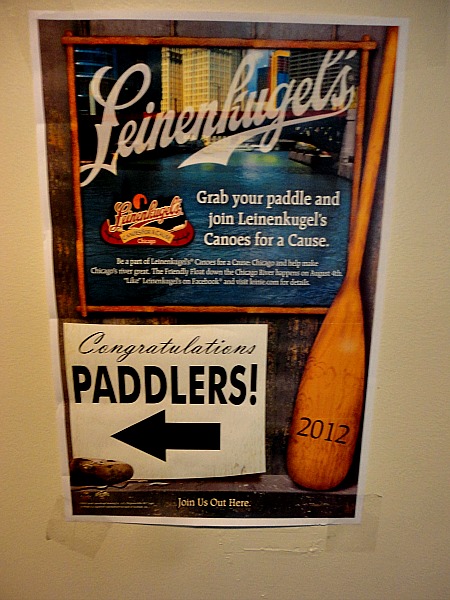 The party has just begun though 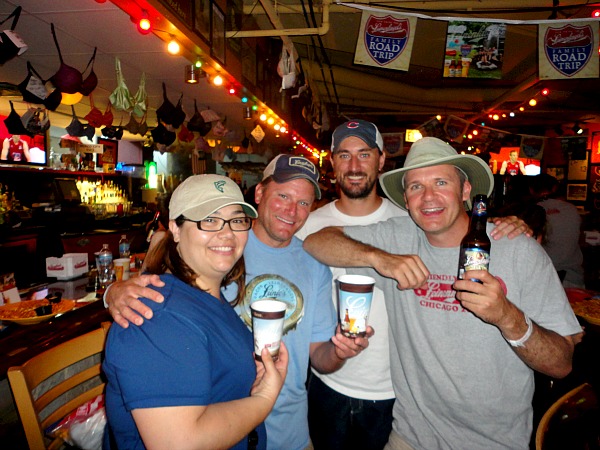