Pitch Lake in Trinidad & Tobago is more than meets the eyesore 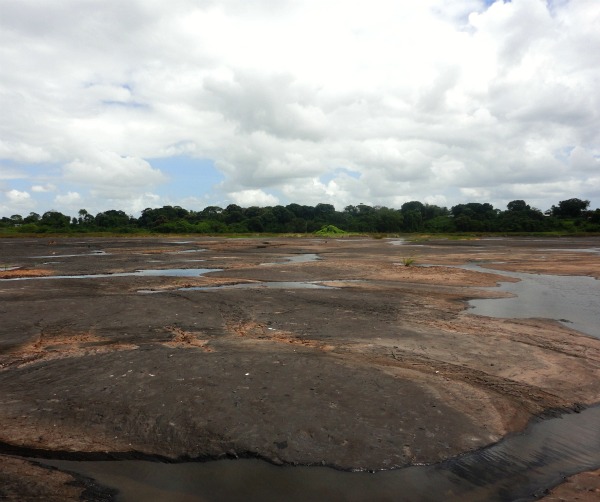 Pitch Lake turned out to be a surprise

Pitch Lake in Trinidad & Tobago turned out to be a surprise in the fact that it is an eyesore when it comes to scenery. My first impression of Pitch Lake as a view was not too favorable. It was about as impressive as a forest that had just burned.  I at first felt less than enthralled with the environment, but the novelty of the place grew on me.

I have received many compliments on my photographs over my last couple of years blogging. I do not own an expensive camera. I attribute the pictures to the fact that I expend considerable effort canoeing, hiking, and skiing to get to beautiful places. Pitch Lake is not one of these places, although great effort was made to stand in this inhospitable spot. 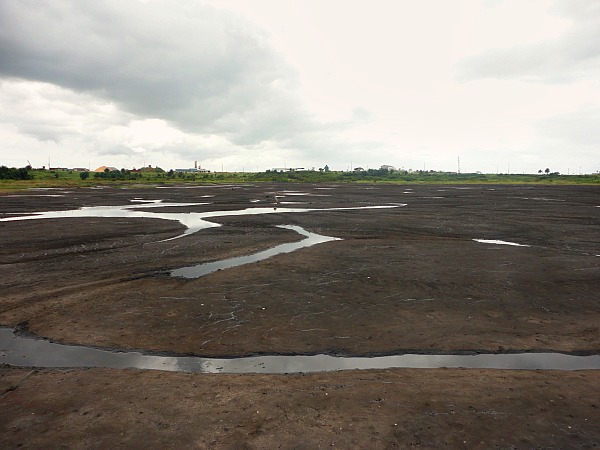 Let’s all go down to Pitch Lake

What is Pitch Lake?

What the hell is Pitch Lake you might be saying at this moment and why is it so ugly and why am I here. Pitch Lake is the largest natural deposit of asphalt in the world. I thought I was going to a regular lake and looked forwarding to swimming. Instead, here I am at a lake that looks like a giant parking lot without a Target. If I could buy some linen and a blender here it may have made it worthwhile.

The more I walked around Pitch Lake and the more I heard about it from our guide, Mr. Neil Langley, the more interested in it I became. It was first discovered by Sir Walter Raleigh in 1595. When he realized he could not smoke it, he used it to caulk his ship. As John Lennon once said, he was such a stupid git. 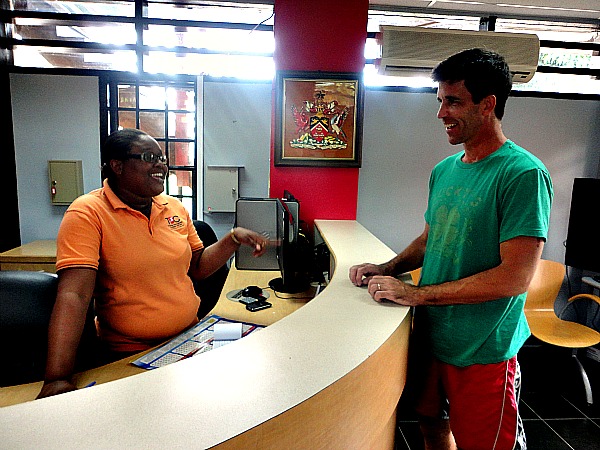 Getting information and a guide at the Visitor’s Center

Raleigh exported some of the tar back home and since then the asphalt from this natural resource has been used to pave roads in over 50 countries including the United States, England, India, and even Japan. The lake is 250 feet deep with enough tar to last 400 years at current commercial extraction levels.

Scientists believe the source of the tar comes from being at the intersection of two plates. When they move they crush oil infused rocks, which percolate to the surface. This is combined with volcanic activity, which produces the phenomenon. For a better in depth explanation of the forces at play, click here.

There are folds in the surface, which fill with water. These folds fill with water and create a natural swimming pool. It was a delight to know I could swim in Pitch Lake after all.  I needed it as we baked on the black surface for two hours in 90 degree heat. 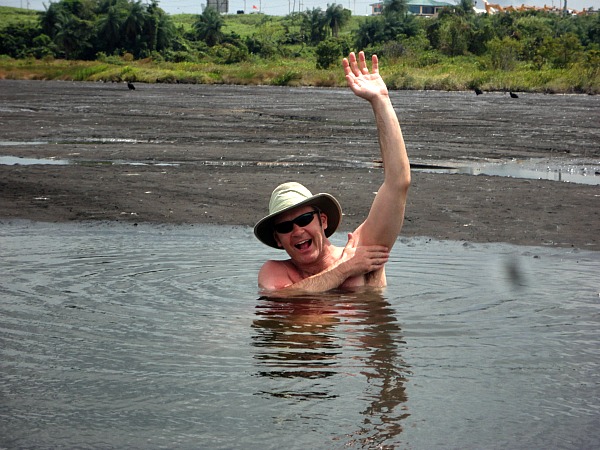 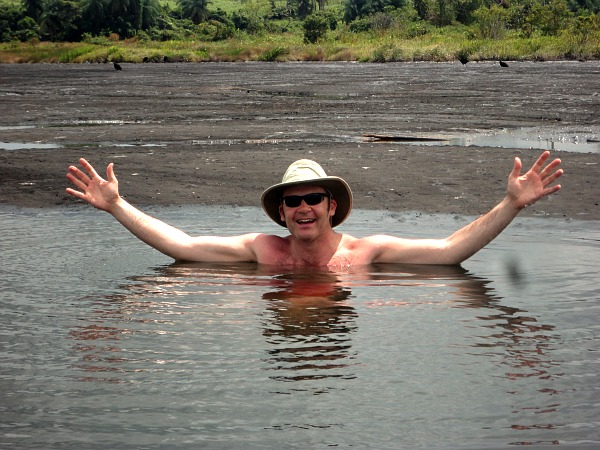 Don’t get stuck at Pitch Lake

Most of Pitch Lake is safe to walk on; however, a guide is recommended as there are places where it is possible to sink into the tar. Our guide told us of a local legend who sunk down to his waist and was stuck. Don’t get stuck in Pitch Lake and hire a guide. There are guides outside the tourist office, but it is recommended to go inside and get a licensed guide dressed in red. The tour is $5.00 per person for two hours. 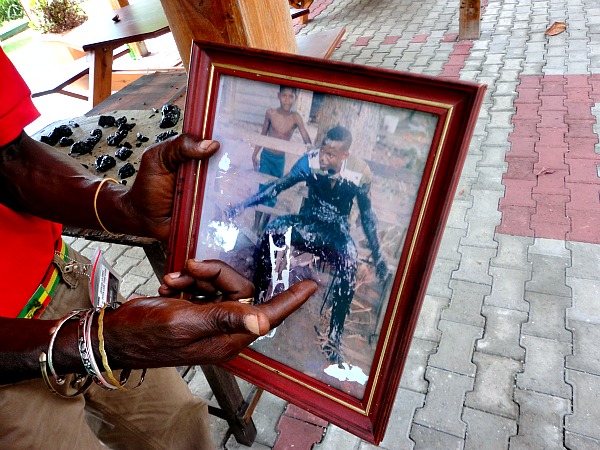 Don’t be this guy, get a guide and safely enjoy Pitch Lake 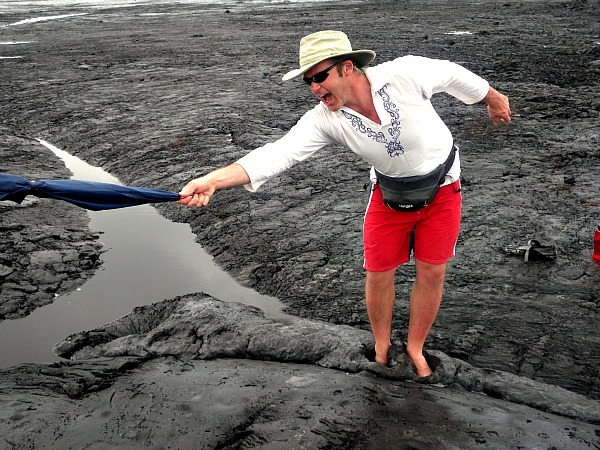 Another surprise on Pitch Lake was the presence of life. You would think the only thing living on a parking lot would be some abandoned shopping carts and perhaps a foraging seagull or crow. We saw osprey, black vultures, wattled jacunas, and a Southern Lapwing. The swamps adjacent to the lake were filled with pretty violet water lilies and there were even minnows living in the pools formed on the lake. 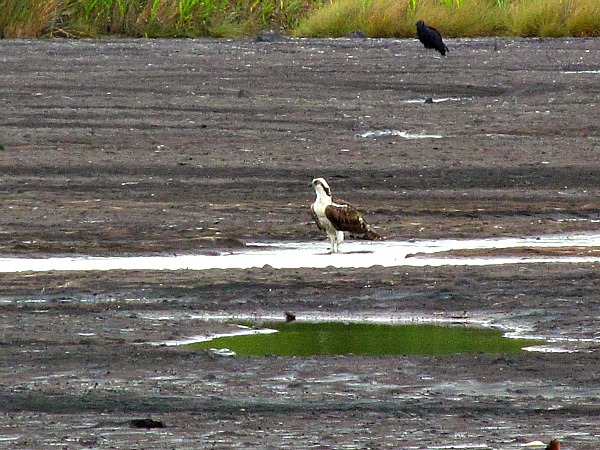 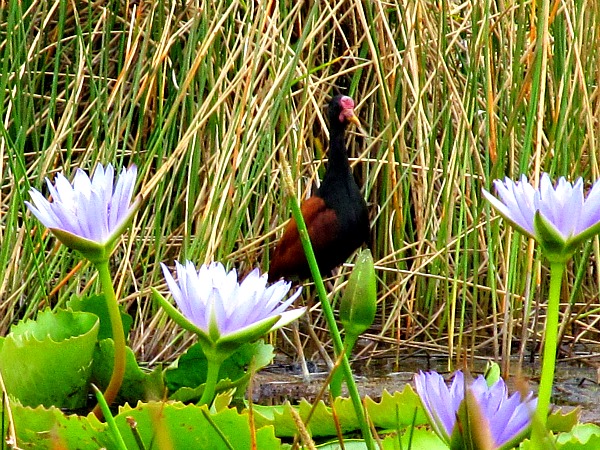 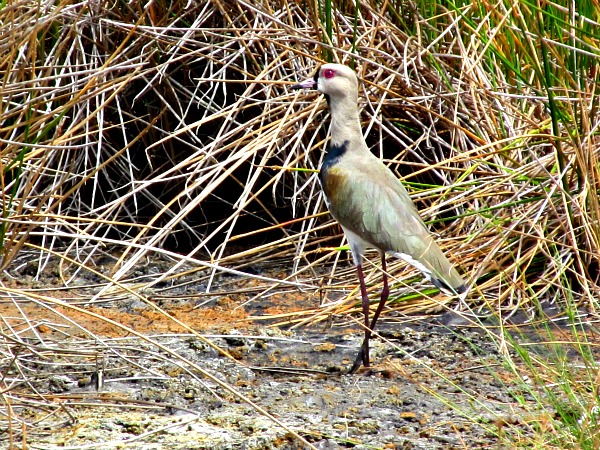 What started as a disappointing parking lot without white lines, turned into an interesting afternoon learning about the wonders of Pitch Lake. It is definitely more than meets the eyesore.