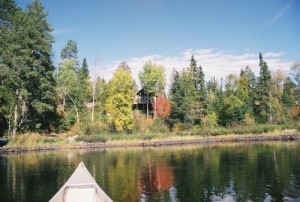 Our lovely cabin on Gull Lake in safer times

Traveling Ted is leaving for Quetico Provincial Park just north of the Boundary Waters Canoe Area (BWCA) in Ontario, Canada on Monday, August 8. In honor of this event, I will be posting a few vignettes about the area from now until Monday. Then I will be on assignment for over a week, and when I return I will have fresh posts, pictures, and video.

It was a dry windy day on Gull Lake just south of Superior National Forest in the BWCA. It was early August, 1995, and I was 24 years old. We were staying in our cabin about to embark on an adventure in the area commonly called the canoe country wilderness. My parents were in town, over 60 miles away in Grand Marais, getting food supplies for the trip.

I was reading a book when the phone rang. The voice on the other line said “be ready for evacuation in twenty minutes,” and quickly hung up. There was no explanation besides the one line. It was perplexing at first, but the only reason an evacuation would be in order in the middle of a wilderness would be due to a fire.

The cauldron of the Sag Lake Fire

I walked down to the dock and looked around. Besides the white capped waves in the lake, everything looked normal. Then I saw it. Arising over the hill north of our cabin was an enormous plume of smoke. 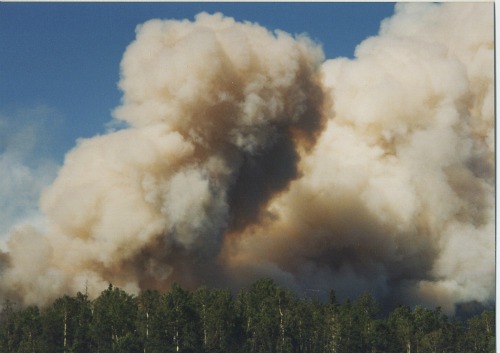 Our cabin is on a peninsula without road access, so it is necessary to canoe across the lake to get to the road. My parents were in town with the motorboat, so I was not sure what to do. I gathered up some of my important things and waited.

My parents were at this moment racing back from town. From the road, twenty miles away, they spotted the smoke and could see it was dangerously close to our cabin. I waited at the pier and waited for rescue from whoever would come. I figured if my parents did not return soon, someone would come by with a boat and check on the cabins. As a last resort, I could canoe across the lake to safety. With high winds whipping up white caps, I was not too crazy about this idea.

Then I heard the buzz of a motorboat and my mom and dad whipped around the corner. My dad had a very serious look on his face. His beloved cabin was in danger of burning to the ground, but he was just glad I was safe at the moment. 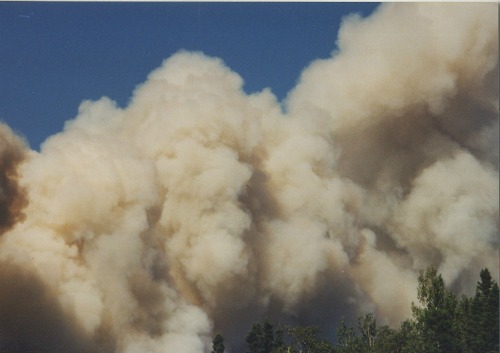 We just hoped the wind would keep blowing west to east

We packed up enough stuff to take back to town, and we jumped back into the motorboat and cruised back to the road. As we cleared the end of the point of our peninsula, we had an unobstructed view north thanks to the Seagull River which flows north into Saganaga Lake. Our mouths dropped when we looked north. 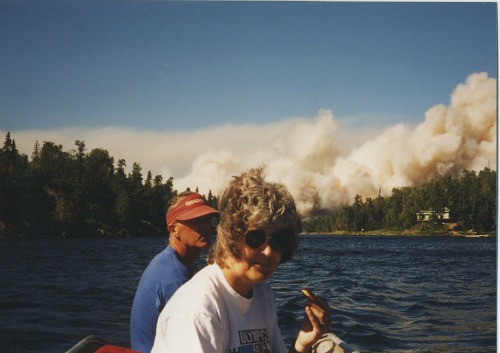 Despite the fact the world was on fire, my mom cooly munches on a piece of pizza

A burning cauldron filled the northern sky with a gigantic cloud of smoke. The wind was blowing straight from the west and carried the fire and smoke with it. Nature’s fury was both scary, intense, and awesome. We found out later, the fire was started on Romance Lake about a mile straight north of our cabin by some careless campers. We knew if the wind changed directions from west/east to north/south our cabin was doomed. 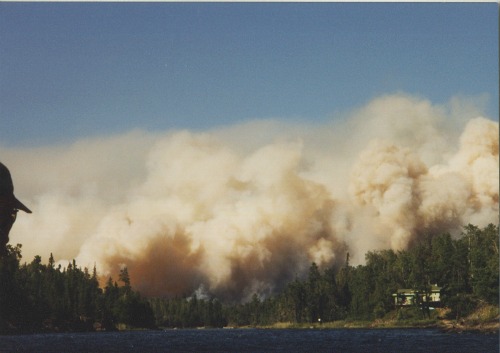 We drove into town. While listening to the radio trying to get information, we heard that Jerry Garcia had recently died. We stayed at a hotel in town for a couple of days. Thankfully, the wind never changed direction. The fire was eventually put out, and our cabin was safe.

Sadly, a beautiful section of woods was scorched down to the granite. Even the soil on the rock had burned. Over 12,000 acres burned due to morons who decided to build a fire in dry conditions on a windy day. We passed through this section on our way to Quetico last year and the forest is still not back to normal, but it will eventually. Nature has a way of enduring the idiocy of man. 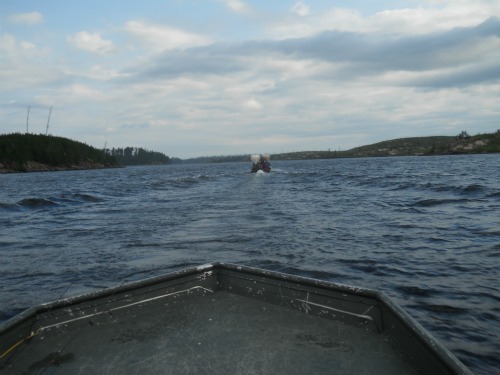