This is the second installment on why I love Canada.  Read the first one here.  I have been trying to publish this since Tuesday, but I have not had the time.  Seems I have impeccable timing as today is Canada Day.  Happy Canada Day Canadians, and here is my gift to you.

The list of influential musicians from Canada is staggering.  The Band, Neil Young, Joni Mitchell, Gordon Lightfoot, the Tragically Hip, U2 producer/musician Daniel Lanois, Sara McLachlan, Rush, Sam Roberts Band, and Bob and Doug McKinzie are just a few of the long list of amazing and influential musical performers.

The greatest musical treasure in my opinion from Canada is Bruce Cockburn and Bruce is not only an amazing singer and guitarist, but he is also quite the adventure traveler.  He has been all over the world and his knowledge of other countries and humanitarianism really influences his songs.  One of my favorite tunes is Postcard from Cambodia, which is a beautiful singing travel blog about his trip to this amazing country.

I studied World War II and World War I pretty extensively in college.  Wherever there was a hellish battle you were most likely to find a Canadian division.  They were fierce fighters and did their country proud fighting with the Allies.

Vimy Ridge, Passcheandale, Battle of the Somme in World War I and most notably at Juno Beach in World War II.  There is not enough room in this blog to dedicate to the heroism and the importance that the Canadians played in these two wars.  I wrote a blog entry about a sad place for Canadians at the Abbaye D-Ardennes in Normandy where Canadian POWs were massacred by the SS. 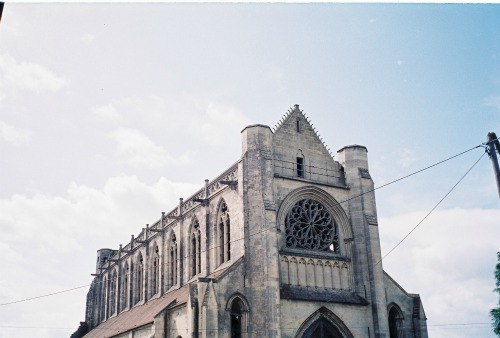 I was actually not physically conceived in Toronto, but the idea of Ted came to be thanks to the fact that my mom and dad were graduate students in Philosophy at the University of Toronto.  Neither are Canadian as my dad is from Indiana and my mom is from Milwaukee, Wisconsin, but they met in a graduate class there on the writings of Immanuel Kant.

The beauty of Canada is well known.  They have incredible Provincial parks including Banff and Algonquin.  The Canadian Rockies are spectacular.  Then there is the remote Northwest Territories, which is possibly the wildest place in North America right up there with Alaska.  Again, there is not enough room in this blog post to dedicate to the natural beauty of Canada.

One of my favorite places is Quetico Provincial Park just across the border from Canada.  I will be traveler there again in just over a month for another week of amazing fishing, canoeing, and camping. 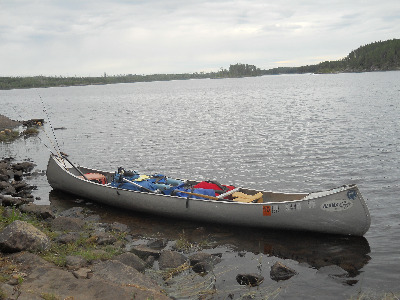 The cutest critter on twitter.  Follow him here,  and good luck with your recent romance little guy. 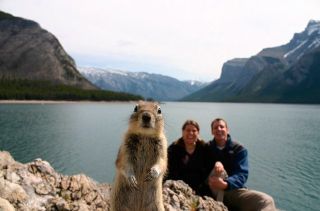 The photo that made the Banff Squirrel famous-Wikimedia Commons