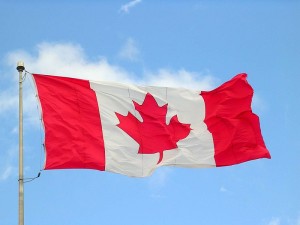 Although I have not adventure traveled extensively in Canada, it is a country I have infinite respect for.  According to information taken from the web, Canada has a population of roughly 33,000,000.  Although that is a lot of people it is not a large population for the size of the country.  The Philippines for example has three times as many people and the state of California had 37,000,000.

Despite the relatively small population its influence especially in some of the categories I listed below is huge.  Here are five reasons why I love and respect Canada.

I grew up a Chicago Cub fan and back in the late 1970s by late August they were perennially 15 games out and Wrigley Field would see 3,000-6,000 fans (I know it is hard to conceive now).  This means it was time to root for someone else.  One team I rooted for was the Montreal Expos.  They were loaded with speed and power with the likes of Tim Raines, Andre Dawson, Warren Cromartie, Steve Rogers, Ellis Valentine, and Tim Wallach to name a few.

Sadly they moved to Washington

I never was a huge Toronto Blue Jay fan, but you had to admire the Cito Gaston dynasty back in the early 1990s.  They featured Paul Molitor, Roberto Alomar, Dave Stewart, John Olerud, and who can forget the World Series winning shot by Joe Carter.

I have never been a big hockey fan, but I love sports.  I am very passionate about baseball.  I love talking sports with people especially others equally as passionate.  I respect the  love that Canadians have for hockey.  The Vancouver riots was an unfortunate negative manifestation of this passion, but most of the times the vibe is all positive.

I love the fact that although Canada shares North America with us they are such a completely different country.  They are more like a European country in thought and this of course is tied to their long time dominion status with Great Britain.

The U.S. suffers from a battle of Conservatism and Liberalism that sometimes tears our country apart, but not so in Canada.  They have their own problems, but they seem to share an enlightened view of the world lacking in our country.  They already have Universal Health Care system and they have progressive ideas about fighting the drug war.  Perhaps this enlightened view comes from the fact that so many Canadians travel (see number 5).

7.  My first advertiser was from Canada–

This travel site has only been around a year, and it takes awhile to establish a presence in the travel blog community especially with advertisers who need to see success before they commit any funds to a site.  My first advertiser was a Canadian RV company.  You can see their green square logo to the right on every page.  Please click and check them out.

Whether this site flops and never gets another advertiser or continues to grow and becomes a big success, I will always remember Canada Dream.com, and the day they contacted me.

Canada is a country that loves to travel.  It blew my mind to find more travelers from Canada than the U.S when I made my first trip abroad.  More travelers equate to more travel bloggers and Canada has some outstanding ones.  In fact, TBEX just had their annual travel blogger conference in Vancouver and the Canadians were of course well represented.

Here are some of my favorites that I have come across from Canada bloggers:

Brendan’s Adventures – Brendan comes from Alberta, Canada and is currently touring South America and Central America and providing awesome posts and pictures from Brazil, Guyana, Costa Rica and beyond.

Traveling Canucks -A married couple from Vancouver, British Columbia and have traveled to over 50 countries in 7 years and in 2009 traded their great jobs for a backpack and have been on the move ever since.

Legal Nomads – A former lawyer from Montreal Jodi has been on the go for more than three years after trading in the corporate job for the nomadic lifestyle.  In between she has spent time in the Philippines, Thailand, South America, South Africa, and Russia to name a few.

The Solo Travel Society – Janice is from Toronto and gives great tips and inspiration for those that want to travel alone.

Cailin O’Neal – Cailin studied film at the Nova Scotia College of Art & Design in 2007 and is now traveling the world and creating her own video blog.

Expat in Germany – A Canadian girl who moved to Germany and is now writing about the experience and her travels.

Hike, bike, travel -An adventure blog by Leigh McAdam from Vancouver.  She has been to 53 countries and enjoys biking, hiking, seakayaking, and sharing her adventures.

I love Canada so much that I cannot stop at five.  Next week I will unroll five more reasons I love Canada.