D-Day and the reverse Normandy at Omaha Beach 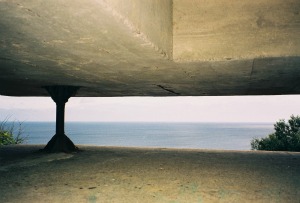 Monday marked the 67th anniversary of D-Day and the storming of the Normandy beaches by the Allied Forces. Over 160,000 Allied soldiers (30,000 paratroopers included) took part in the landings on Sword, Juno, Gold, Utah, and Omaha beaches on the first wave in the assault of Hitler and Germany’s Atlantic Wall on June 6, 1944.

Anyone who has seen Saving Private Ryan knows the horrors that occurred on this day especially for the soldiers on Omaha Beach.  Floating tanks that sunk on the way to the beach in rough seas left thousands of infantry men pinned down on the beach in the face of murderous machine gun and artillery fire.  It was truly hell on earth.  Yet somehow enough men made it off the beach through individual heroic efforts amidst the chaos to eventually gain a foothold. 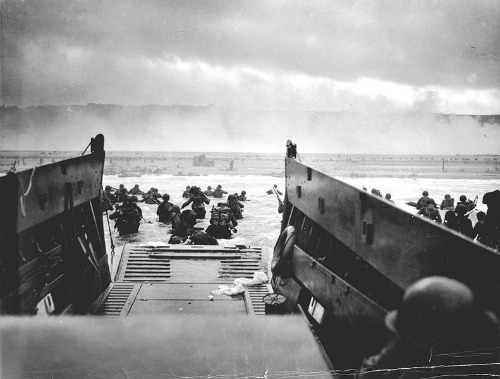 The author observed the ceremonies and visited the Normandy Beaches during the 49th anniversary of this historic event. I was selected as a Normandy Scholar and was invited with a class of 20 other college students to spend a month in Normandy to study World War II and French culture.

It was my first trip to Europe, and I was excited not only to learn more about World War II and France but to also act like a college student in Europe. One adventure that was on my list was to swim in the English Channel.

Besides the Mediterranean Sea and the Dead Sea, the English Channel is probably the most fabled body of water in history. The channel is notoriously associated with cold water and nasty weather. This made it all the more alluring for me to swim in it. I could not wait to come back to America and brag that I had taken a dip in the chilly channel.

When the Normandy Scholars made it to France our first trip to the beaches took us to Sword Beach at the town of Ouistreham. The weather was horrible even though it was late May. It was in the upper 50s and gloomy. The weather was perfect. I was the only person in my class to have the foresight to pack my swimming suit on this ugly day. 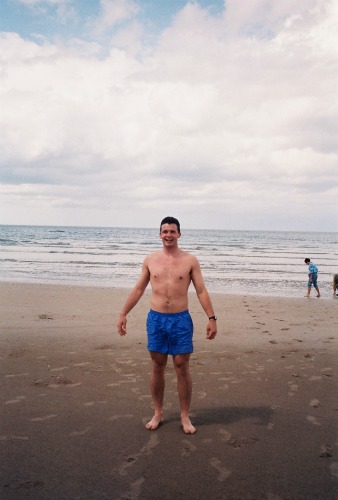 Laughing like the fool that I was after the reverse Normandy 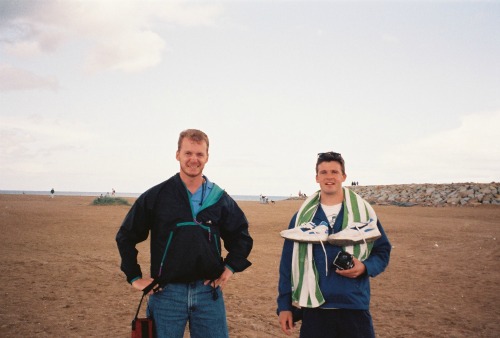 Here I am thinking I am cool after the reverse Normandy

While everyone was in their light summer jackets and rain gear I disrobed down to my swimming trunks and took off at a full sprint towards the water. My strategy was to run at full speed so as not to have any second thoughts. I hit the icy water and once I was ankle deep I jumped and did a belly flop in the water. It was freezing. I emerged from the water and ran equally as fast in reverse to my towel and clothes to the cheers of my classmates.

Weeks later we toured Omaha Beach and this time the temperature was a little warmer. This time a few of my classmates were ready to join me in the reverse Normandy. A group of five of us sprinted into the Channel dove in the water and returned again just as quickly. 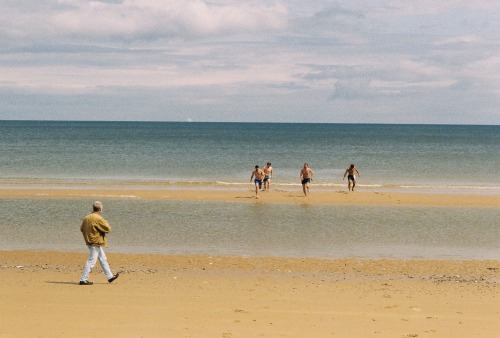 The reverse D-Day at Omaha Beach 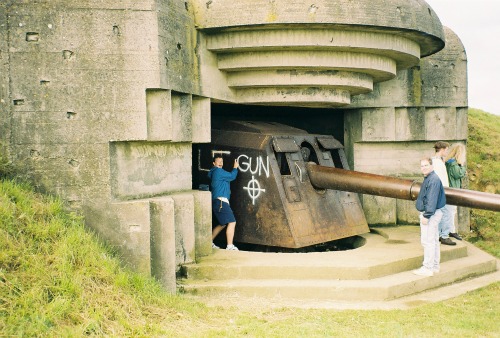 More child like behaviour as a professor disapprovingly looks on

For those horrified that I would dishonor the importance of the Normandy landings and demeaning the casualties of thousands of soldiers by my adolescent goals I apologize. This is one way to look at these childish antics and actions; however, on the other hand I think the reverse Normandy takes on a greater significance if looked at in another light.

Had the Allied soldiers of 1944 failed in their mission then perhaps the reverse Normandy of 1993 would never have taken place. I was able to act like an imbecile and fulfill an idiotic wish thanks to the bravery and courage and sacrifice of the soldiers of 1944.

We were able to run into the water and then run as fast right back to the safety and comforts of our lives with no one shooting at us from entrenched bunkers. For that I am eternally grateful and awed at the sacrifice, courage, and bravery of the Allied soldiers of 1944 just like I am to any member of the military that constantly puts themselves in danger for our safety. 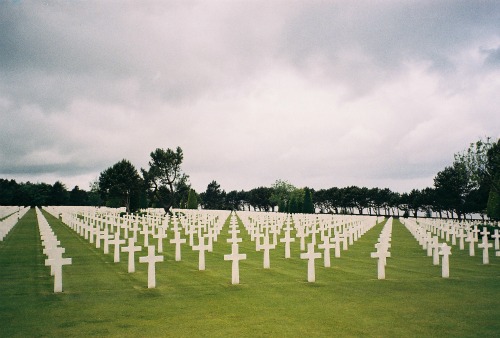 Touring Omaha Beach and the American Cemetery is a moving experience

For those that want to come to Normandy and do their own reverse Normandy, I highly recommend it. The scenery is beautiful and the history is intense. Seeing the thousands of crosses at the Omaha Beach cemetery is a sight I will never forget. The D-Day museum at Caen is another must see destination as it has some incredible exhibits.