Hiking the Black Hills leaves one with a sense of awe

The Black Hills are a mountain range in southwestern South Dakota and a small part of northeastern Wyoming.  Geologically they are related to the Rocky Mountains; however they are a separate mountain range.  They are described by many as a geologic anomaly due to their relative small area for a mountain range, the fact that they are isolated from other mountains and rise straight up from the prairie, and also for their varied and interesting rock formations. 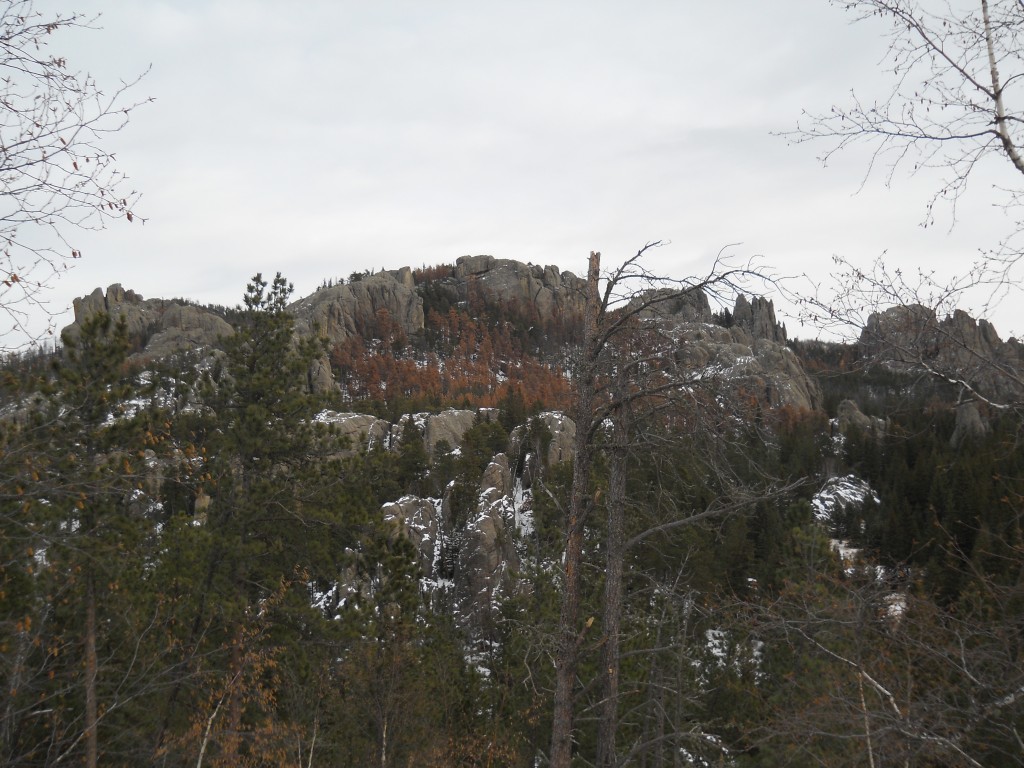 They get their name from a translation from the Lakota Sioux, which called the range the Paha Sapa, which means the hills that are black.  They were called this because the mountains are covered with pine trees and from a distance they appear dark colored.

Do not let the fact that these mountains are tree covered fool you into thinking they are like the Ozarks or the Appalachians.  What sets these beautiful mountains apart from other tree covered mountain ranges are the incredible rock formations that seem to thrust out of the ground and create almost a fantasy world on Earth. 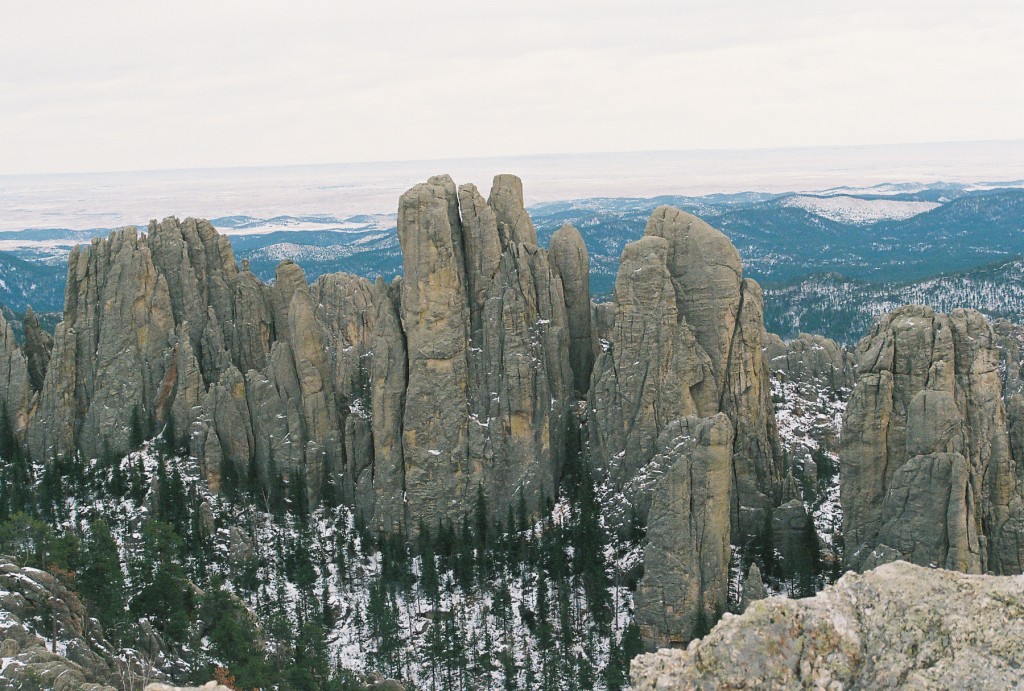 Incredible rock formations thrust up from the ground

Formations like the Needles and the Cathedral Spires are the most dramatic, but are only the tip of the iceberg.  It seems that every bend has a new rock face either large or small rising from the ground to thrill the visitor. 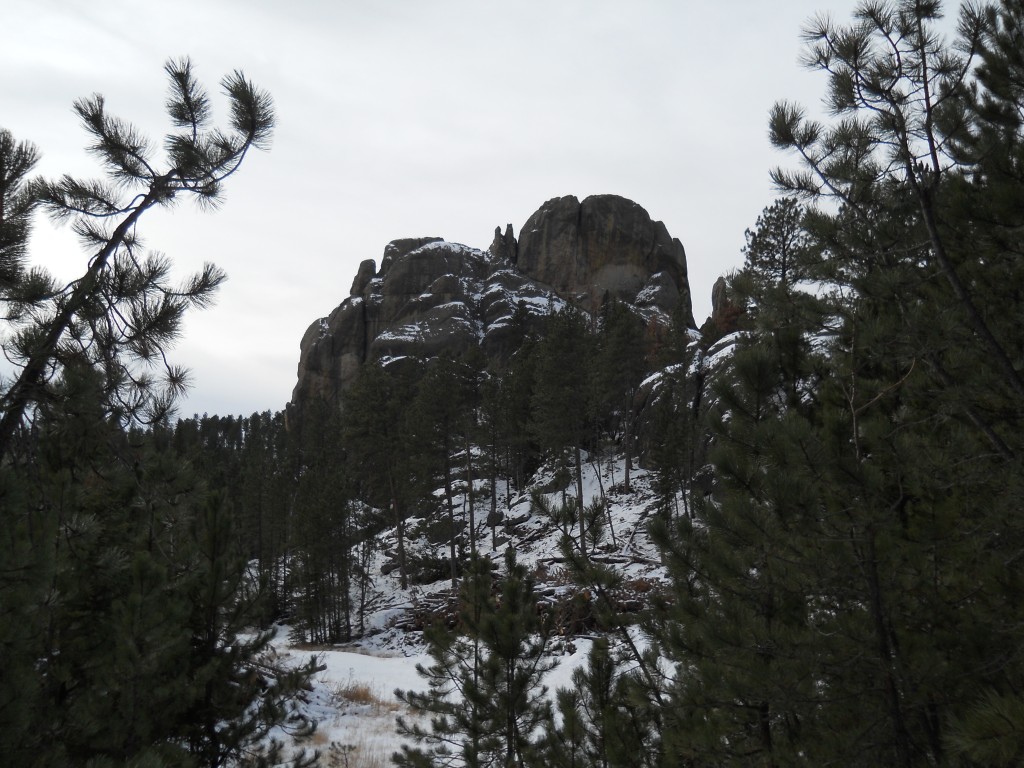 Even the less dramatic and less spectacular rock formations are beautiful

One would think the hiker would get bored of all the interesting rock formations, but this is far from the truth.  I spent three days hiking through the Black Elk Wilderness, which is the heart of the Black Hills adjacent to Mt. Rushmore.  It seemed that each turn of the trail offered a different rock formation and each one seemed more spectacular than the one before. 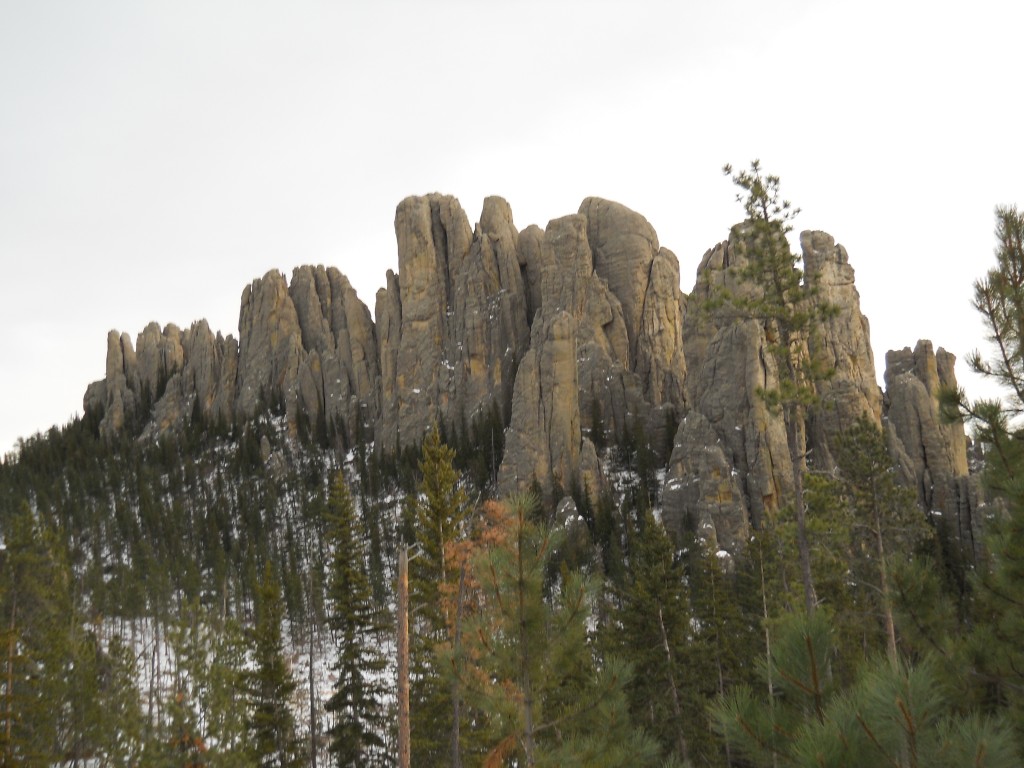 The highlight has to be the overlook at Harney Peak, which is the highest point in the Black Hills at 7,242 feet.  One can see four states from the overlook tower on this peak.  It is not the fact that one can see for miles and miles that will make the jaw drop here.  What will fill those that climb the peak with a sense of wonder is the fields of jagged rock protruding from dark pines from the surrounding Black Hills.  Add a touch of snow and it turns a spectacular view into something sublime. 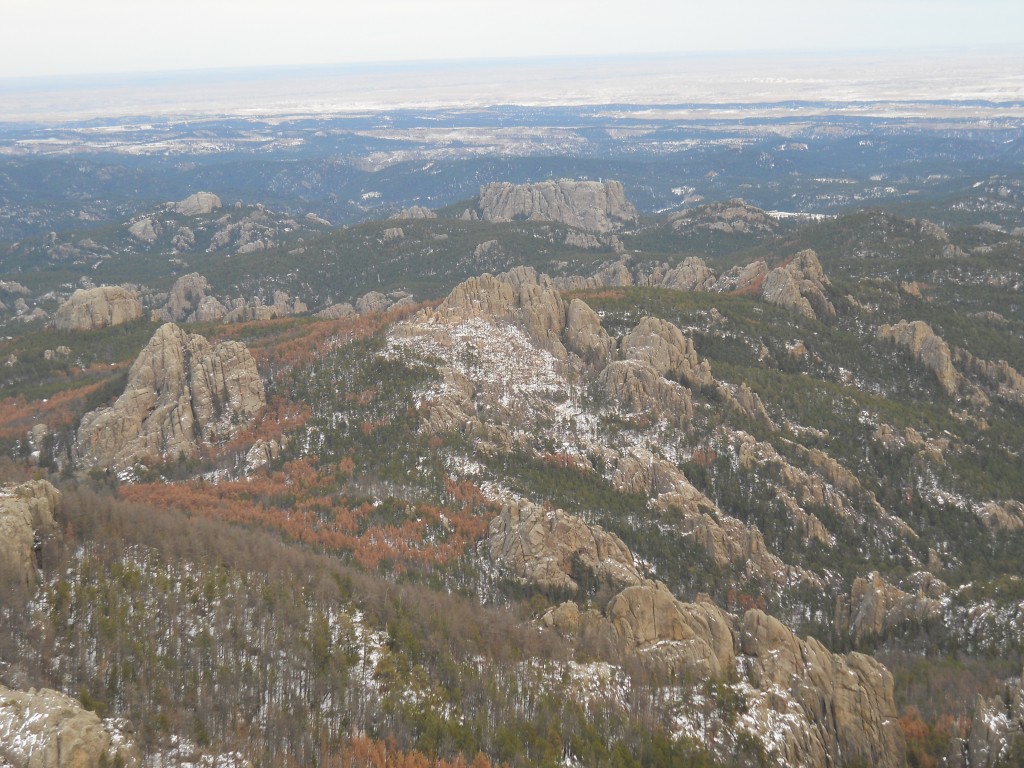 One can see four states from Harney Peak

The mountains are tree covered, but there are many buttes and outcroppings that can be easily climbed that rise over the trees and give a broad spectrum of the surrounding scenery.  Walking through the woods is just as amazing as the trails zigzag through pine trees, mountain prairie, and rock.

The views will dazzle the senses and backpackers will continually say “oh my god.”  This hiker has been through the backcountry in Zion, Big Bend, and the Grand Canyon.  Those parks are incredible, but the Black Hills are arguably their equal in scenic wonder.