Last March I had the pleasure of spending two weeks backpacking through Nicaragua. Last week I was invited by the Nicaragua Tourism Board to an event in Chicago. I was asked to share my Nicaragua travel experiences. I focused on the friendliness of the Nicaraguan people. 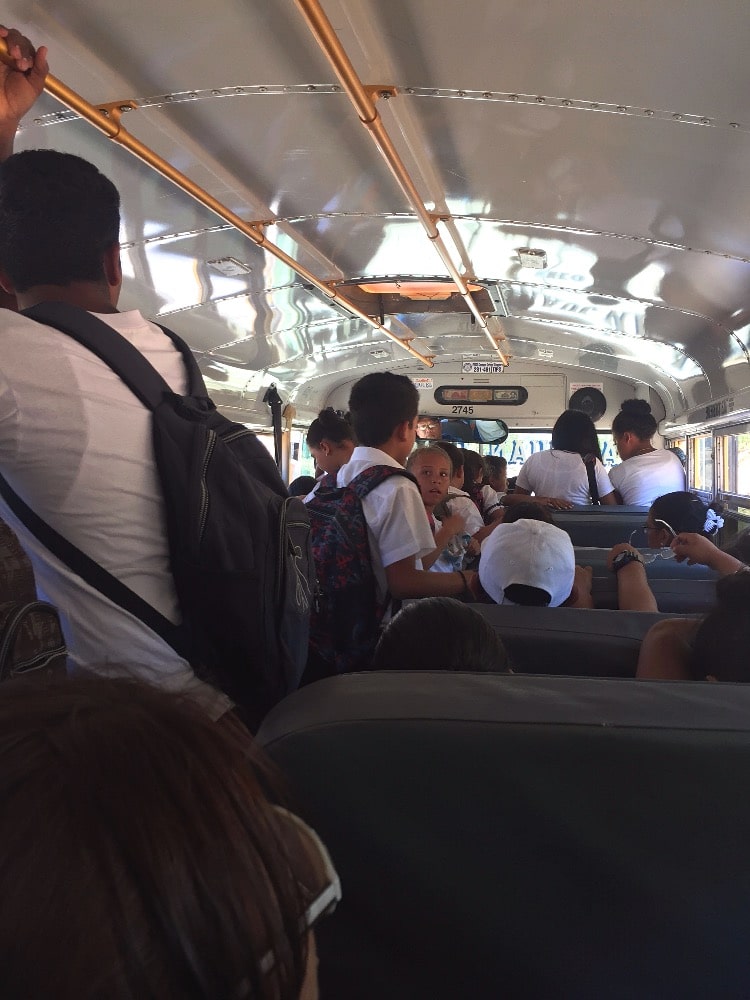 On a bus to Ometepe Island

I was on a bus from San Juan Del Sur to Ometepe. According to my guide book, it is necessary to get off the bus at Rivas and then take a taxi to ferry. Ometepe is an island in the middle of Lake Nicaragua. While departing the bus at Rivas I struck up a conversation with a man on the bus. The gentleman asked if I was going to Ometepe. I replied that I was.

The man told me I needed to hail a taxi. He said he would show me and started to walk towards where the taxis waited. He ended up doing way more than just pointing in the direction of the taxis. I followed as he led me right up to the first taxi, but it did not stop there. My new friend began to speak in Spanish to the driver. The first one he could not come to an agreement with, so he brushed him aside and motioned for me to follow. After fifteen minutes and a few other taxis, we finally found one that he deemed acceptable. What started with a friendly conversation turned into a helpful offer of translation and bargaining in order to get me safely and cheaply to Ometepe Island. 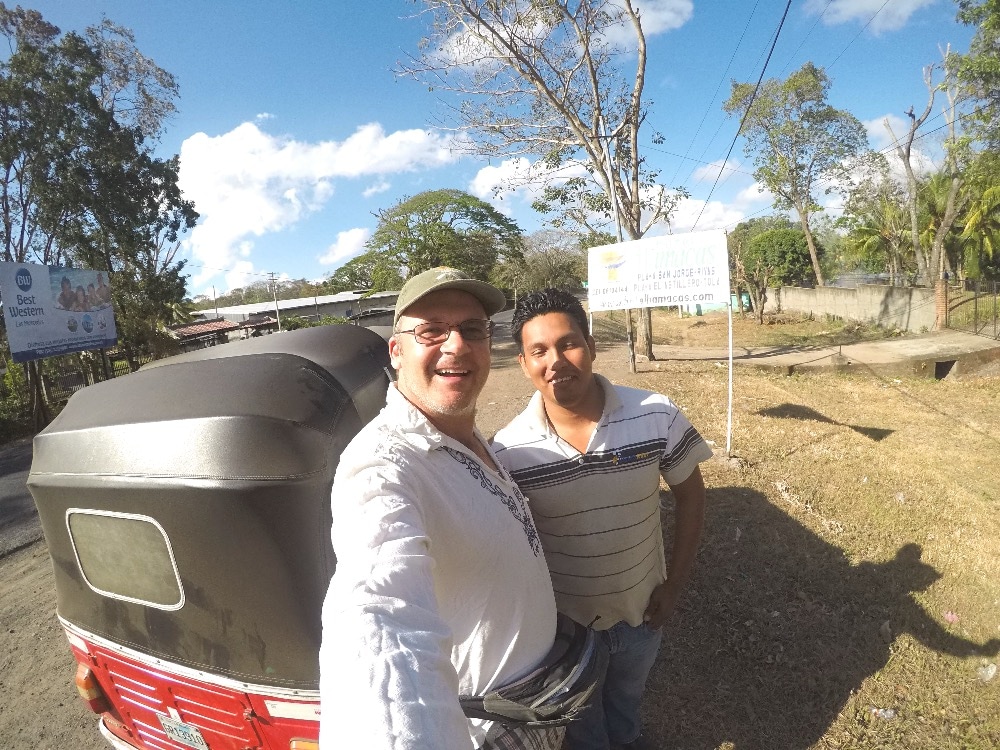 Mombacho Volcano is the mountain that looms over the beautiful colonial city of Granada. Many people take a picture of it, but few visit. In order to get to Mombacho, you need to take the bus towards Rivas and get out in a little village. You have to tell your bus driver you are going to Mombacho, and they will drop you off on the side of the road. Then you can either walk up the volcano or get a ride on a tuk-tuk. 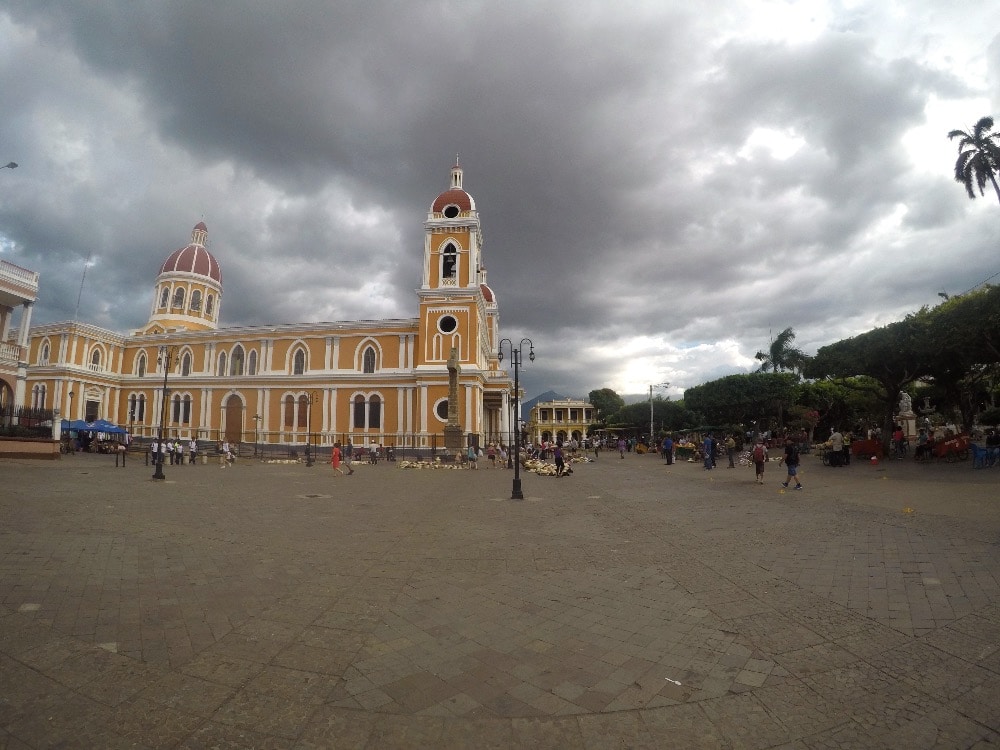 Once I was dropped off on the side of the road I was not sure where to go next.  I took a seat on my backpack by the side of the road to rest for a second. A young lady saw me sitting there and pointed up the road. She actually walked back to me and then motioned for me to follow her. We walked a few minutes up the road, and she pointed to a road that forked off to the right. Several tuk-tuk drivers lined the corner waiting for travelers like me. 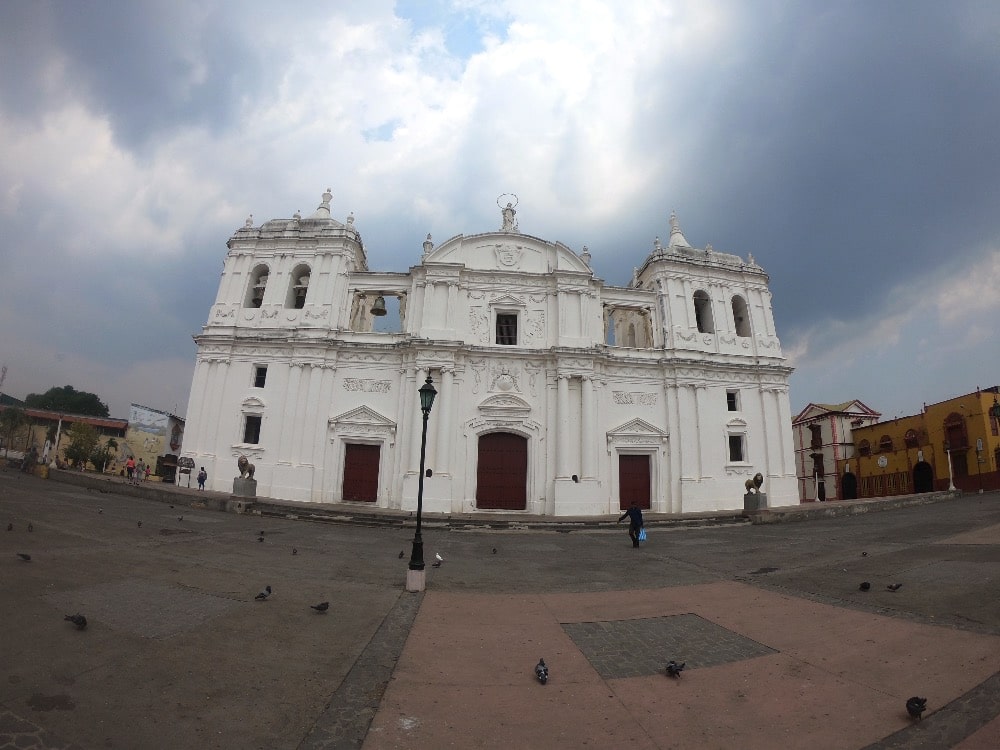 The colonial city of Leon

From Leon to the Managua Airport

The last connection I had to make before going home, or the last two, was a bus from Leon to Managua and then a taxi to the airport in Managua. I approached the bus station in Leon, and I was directed to a mini bus. There was a man at the back of the mini-bus. When he saw me, he excitedly began to speak in Spanish. The bus was kind of full, so I though he might be telling me the bus was occupied.

A young man in the back of the bus noticed my confusion, and he spoke to me in English. He said that the man was telling me that my backpack was too big to go in back and would need to be placed up front. I walked to the side and the people in the bus helped me with my backpack. I sat in back and my backpack was propped against the door. 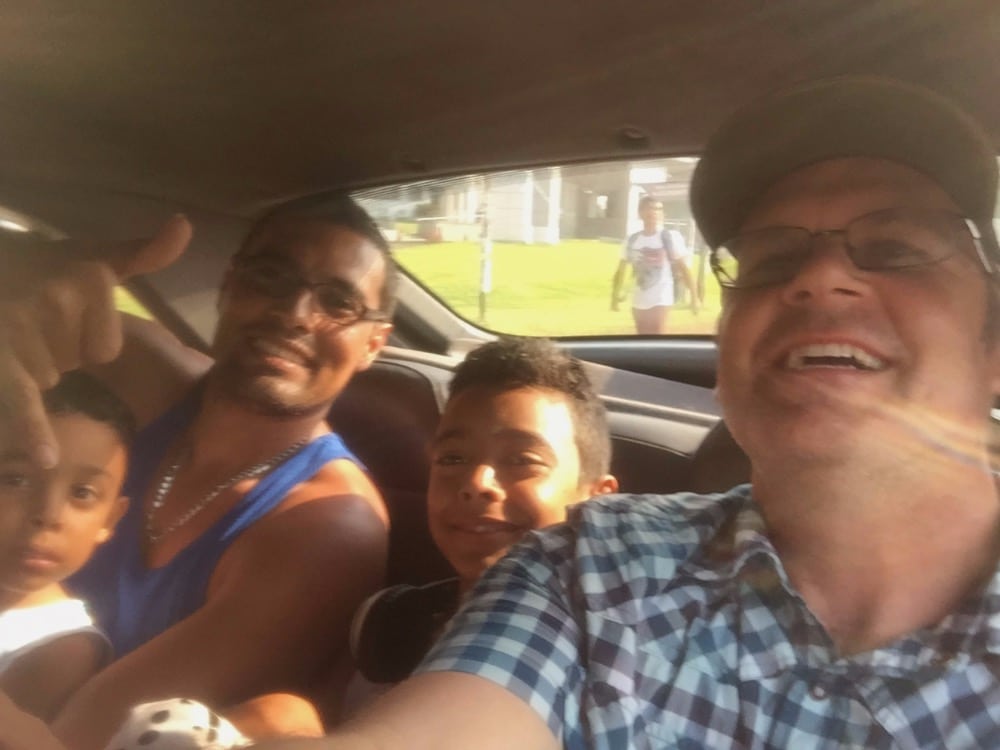 Bus friends help me to the airport

My guide book said that it cost anywhere from $15.00 to $25.00 U.S. dollars to get a taxi from the bus station to the airport depending on negotiating skills. My Spanish negotiating skills are pretty limited, so I was thinking I would be paying the higher end of the scale.

Assistance to the terminal door at the airport

The man that helped translate for me asked where I was going as we approached Managua. I told him the airport.  He said that he lived near the airport, and we could share a taxi. He was with his wife and two children. They directed the cabbie to take me to the airport first. As we approached the airport, he pointed to a street and said that was where he lived.

This meant that he directed the cab driver to take me to the airport first even though he lived closer to make sure I got to the airport. The man then told me my share of the cab was $5.00. I offered to pay the full fare, but he would not accept and told me $5.00. I took pictures with him and his lovely family and waved to my new friends as I left this wonderful country with a warm heart. 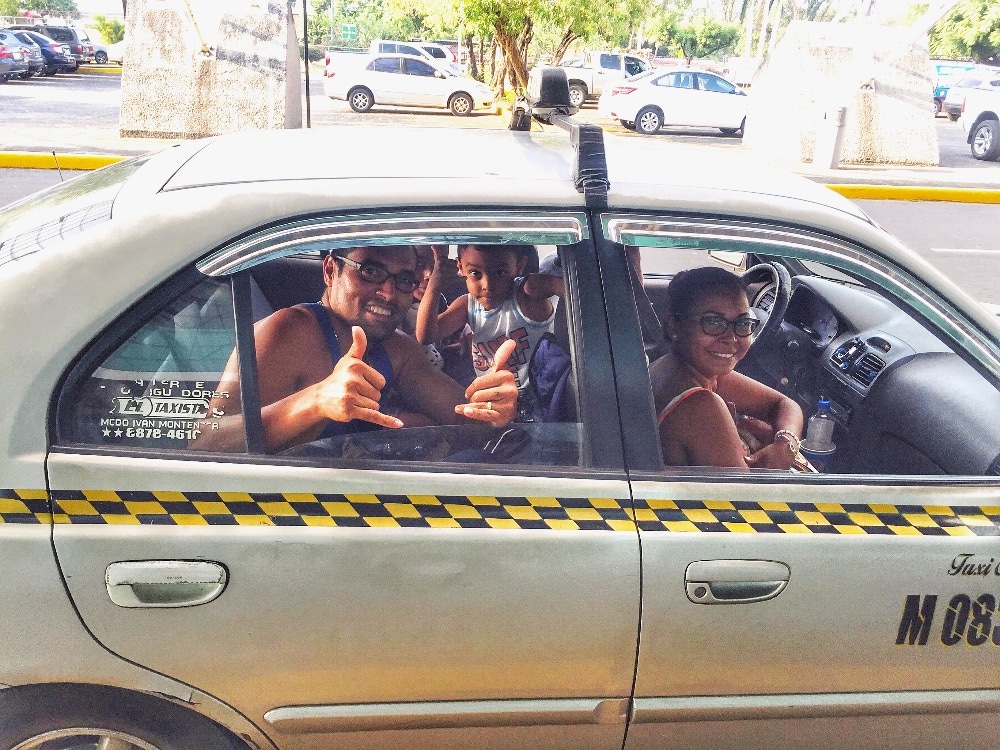 There were more Nicaragua Travel stories

These three stories were chosen because they were from random people I met that helped me. There were many other smaller instances. Also, the guides, the proprietors of the guest houses, the waitresses at the cafes, the bartenders at the bars, and so on were also all extremely helpful and friendly. I did not choose any stories from them because I was paying a service, so they had a vested interested in helping me out. The three stories from above were from people who just wanted to help.

For more information on Nicaragua, check out the Tourism Board website.