A reflective piece on backpacking a grueling trail in the Great Smoky Mountains referred to the Swallow Fork Trail as my “daddy.” The terrain was not extreme, but the trail relentlessly gained elevation for four miles. It was backpacking Chinese water torture, but when backpacking to Baxter State Park Chimney Pond campground, I discovered an even more torturous path.

Related: Swallow Fork Trail in the Great Smoky Mountains is my daddy

The itinerary consisted of a ten mile “moderate” day from Russell Pond to Chimney Pond. The first six miles to Davis Pond were relatively routine, and I made sufficient time. The only difficult instance was a tricky river crossing fording Wassataquoik Stream. Other than that, the trail was rugged with roots and rocks and rarely level; however, the first seven miles proved uneventful, especially compared to what lay ahead.

The trail tribulations significantly heightened after Davis Pond. I picked up the Northwest Basin Trail at the junction and it immediately gained elevation. Ascending a trail is difficult, but it makes it even more rigorous with a rutted trail with numerous obstacles. When the Northwest Basin started to climb it did not fool around.

Switchbacks to ease the elevation change were absent, and if not for the blue blazes, the trail would have been near impossible to navigate. The trail was so steep that it ventured terrain that would have been unfathomable to believe was the actual direction. I kept thinking, that cannot be the trail as it went right up a steep rock face. To my consternation, a blue blaze would appear in the midst of the challenging rock face.

Is that really the trail?

After scrambling through the trees up slick rocks, the trail moderated briefly while skirting a pond.

Mt. Katahdin loomed over the ridge above. I hoped the trail would level eventually and plateau. My hopes were soon dashed.

Even when the elevation was gentle, the trails at Baxter State Park were strewn with with roots and rocks

Switchbacks to ease the elevation change were absent, and if not for the blue blazes, the trail would have been near impossible to navigate. The trail was so steep that it ventured terrain that would have been unfathomable to believe was the actual direction. I kept thinking, that cannot be the trail as it went right up a steep rock face. To my consternation, a blue blaze would appear in the midst of the challenging rock face.

When the trail started to climb it went up precipitously

After scrambling through the trees up slick rocks, the trail moderated briefly while skirting a pond.

Mt. Katahdin loomed over the ridge above. I hoped the trail would level eventually and plateau. My hopes were soon dashed.

Climbing up a boulder field

The trail instead went vertical up a boulder field. If I thought the trail went in unbelievable places before, it even turned more treacherous. The boulders were so rugged that I felt like a mountain climber or perhaps even a goat.

I grabbed rocks above me one hand while pushing off with my stick and hoisted myself up one impediment after another (see video below). I began to ponder if I should have packed climbing paraphernalia.

The boulders were dry and lichen covered, which provided adequate traction. This was the only positive. I could only imagine the scenario if there was even a hint of precipitation.

Fortunately, the tread on my hiking boots griped the rocks securely. I never slipped off a rock although I did struggle at times to keep balanced.

Since the danger was so great if I fell backwards, it just was not an option, so I focused on moving up and keeping my weight forward. This way, if I did stumble, I would not risk a fall backward to certain serious injury or worse.

Relieved to finally be up to Mt. Hamline

Slow going up to Mt. Hamlin

The trail finally ceased with the insane ascent when I reached Mt. Hamlin, and the Hamlin ridge. This apex was above the tree line at 4,720 feet. Katahdin was reachable from here, but I was not partaking on that adventure today.

My objective was to descend down to Chimney Pond and try to climb Katahdin in order to gaze upon the terminus of the Appalachian Trail tomorrow.

The view that surrounded Mt. Hamlin proved spectacular including a 360 degree panorama.The Allagash Riverway appeared slightly to the west. Fast forward a few days, and the view would be reversed. While canoeing the Allagash Wilderness Waterway, I would see Katahdin shrouded in clouds from the shores of the river.

I could also gaze at Katahdin and rugged wilderness I just climbed up from the north basin. To the east, I could see Katahdin Lake and Wassataquoik Lake to the north. Furthermore, I did not see one person since departing camp.

Finally reached the top of the ridge. Only 500 feet higher to the top of Katahdin.

Hiking the Saddle Trail down the ridge was reminiscent of the aforementioned Northwest Basin Trail except it was necessary to sidestep down. A descent down a mountain is not as physically grueling as the reverse, but it is awkward and equally difficult from a balance standpoint. I was exhausted after the previous ordeal, so I had to focus intently on precise footing. Most hiking injuries occur when fatigued.

So close to summiting Katahdin. In fact, I did most of the difficult work. Unfortunately, did not have enough daylight to complete on this day.

Eventually, the trail plateaued, and I stumbled into Chimney Pond Campground with my headlight illuminating the way. It took another 15 minutes to find my campsite, which was one of the lean tos.

A sign for every tent and lean was present except for mine. Once located, I collapsed on the wooden platform. I was too tired to prepare a meal, so I consumed nuts, granola bars, and dried fruit for dinner and fell immediately fell asleep.

Hiking back to Roaring Brook Campground

When morning came, I knew a foray up to Katahdin was impracticable. I did not have the energy, and the peak was enveloped in a thick mist. I experienced sufficient breathtaking scenery from Mt. Hamlin yesterday to tide me over, so missing this day hike did not cause me to fret.

The view could not possibly be much more arresting from another 500 feet up, especially when shrouded in fog. Furthermore, I feel like a day hike up Katahdin is cheating. It needs to be experienced after a 2,000 mile journey.

I lethargically hiked the three miles to Roaring Brook Campground on the Chimney Pond Trail and reunited with my vehicle. I drove towards Millinocket to get some hot dogs and ice and car camped at Nesowadnehunk Campground up the Tote Road to complete my Baxter State Park experience. It was a great hike and the whole park did not disappoint.

For information on planning your own hike in Baxter State Park and making online reservations, check out the park website. 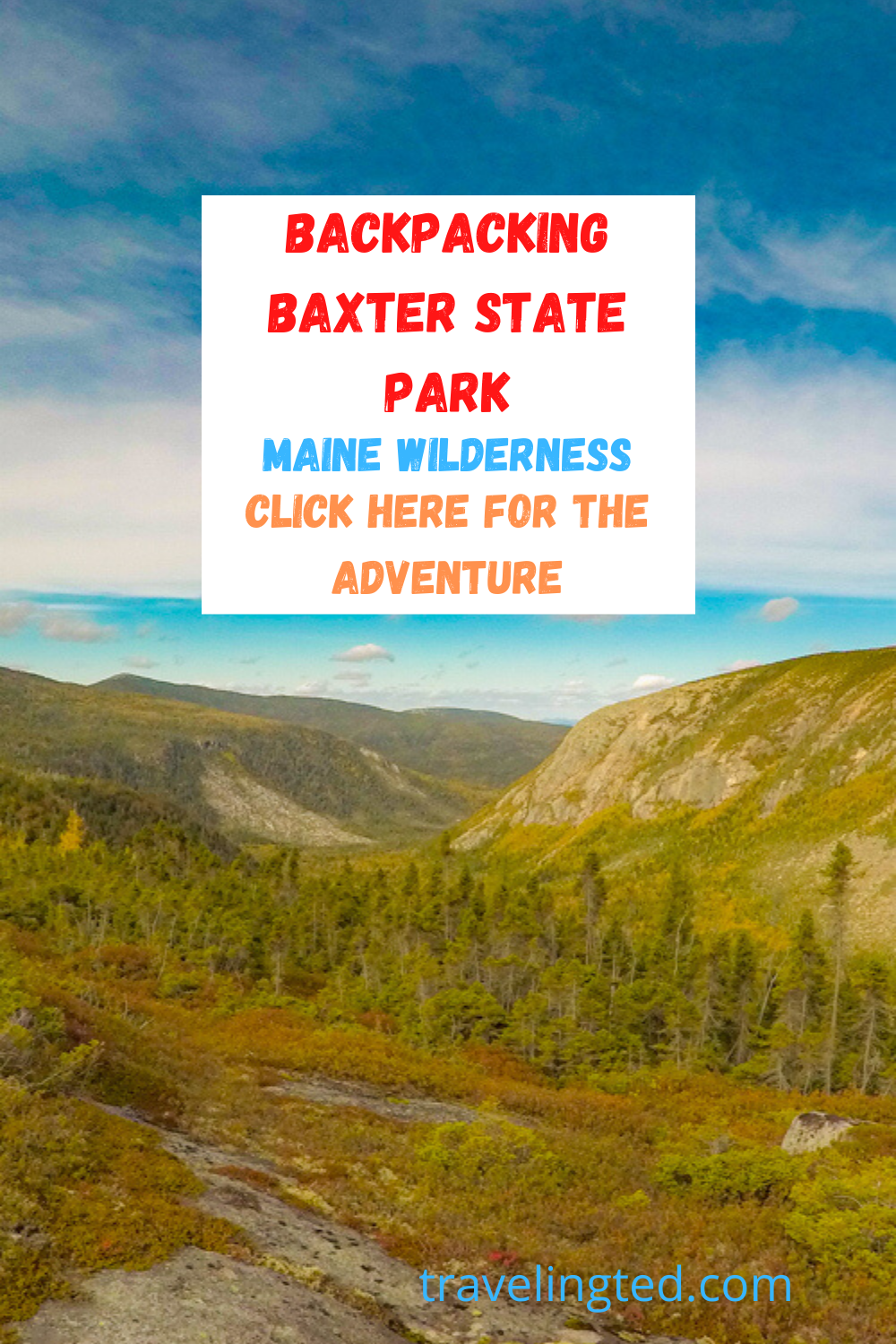