I have been cross-country skiing in the Midwest for over 30 years, and I have been doing it pretty hardcore for the last five. I am pretty knowledgeable about the cross-country skiing trails in the Midwest and especially Wisconsin. I just came across a new one for me this winter near Cumberland and Rice Lake called the Timberland Hills Ski Trails. 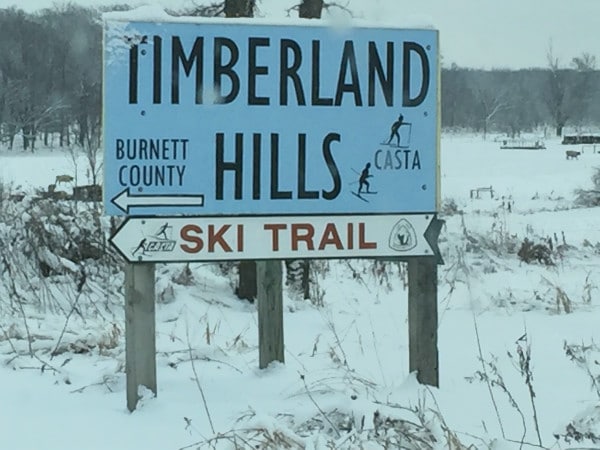 An El Niño weather pattern had really delayed the coming of snow to the Midwest and even the reliable Upper Peninsula had gotten off to a slow start. Thanks to a winter snowstorm the night before Christmas, the northwest section of Wisconsin was one of the few places around with snow. I decided to spend my Christmas weekend in Hayward, Wisconsin and ski the Birkie Trail. 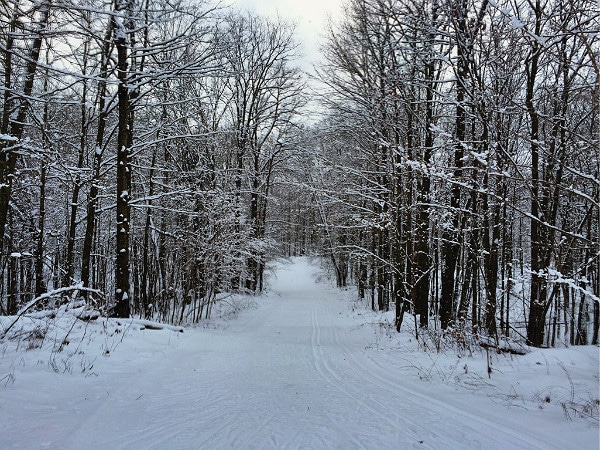 I stayed the night in Eau Claire, and I checked out the Skinny Ski reports to find that Timberland Hills Ski Trails had snow and they were working to groom them for the holiday weekend. Only trouble was the snow was heavy and wet and caused a lot of downfalls, so it took awhile to get the skiing in shape. I decided to make a stop here and check it out since it was not too far out of the way to Hayward.

Checking out Timberland Hills Ski Trails for the first time

When I stopped by and arrived at the parking lot, there was only a short section groomed. I followed it and inadvertently got off the trail system on to a trail over private property. The groomer came past me on its way back from the lighted trails and asked if I was Bob Skinner. I said that I wasn’t, and he informed me I was off the trail system. The groomed section I was skiing on was done because the groomer cut over to the lighted ski trails. He said the lighted ski trails were tracked and groomed. 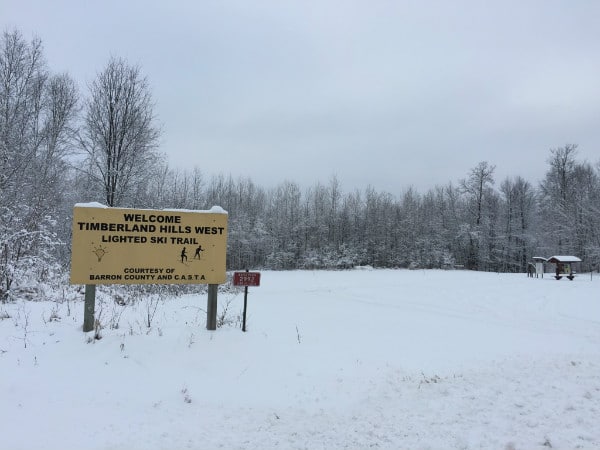 I turned around and went back to my car and drove over to the lighted trails. This is a 2.5 kilometer trail that has two small loops at each end, so you can ski back and forth all day. I did six runs on the lighted trails before heading onward to Hayward. I met some people from Cumberland who informed me how nice the other section of the Timberland Hills Ski Trails were when they were tracked and groomed. 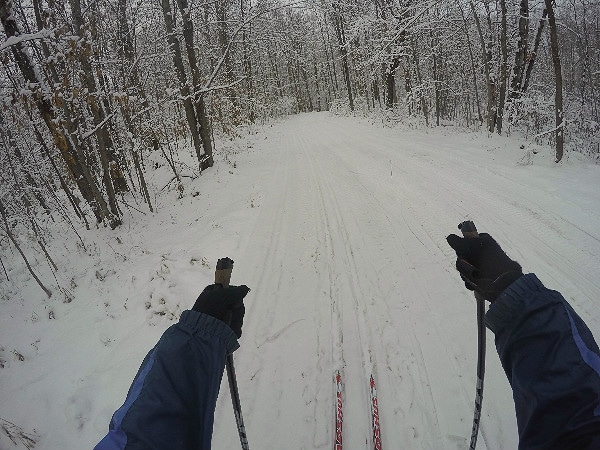 I planned to visit on my way home, but I skied the Beaver Brook Ski Trails near Spooner instead. The next weekend I drove up again to northern Wisconsin, but this time used Chetek as my base. I skied three separate times at the Timberland Hills Ski Trails. Twice I did the complete Outer Loop and once I came back and did the lighted trails at night. I am glad I came back so soon as the skiing was spectacular and the conditions were almost perfect. 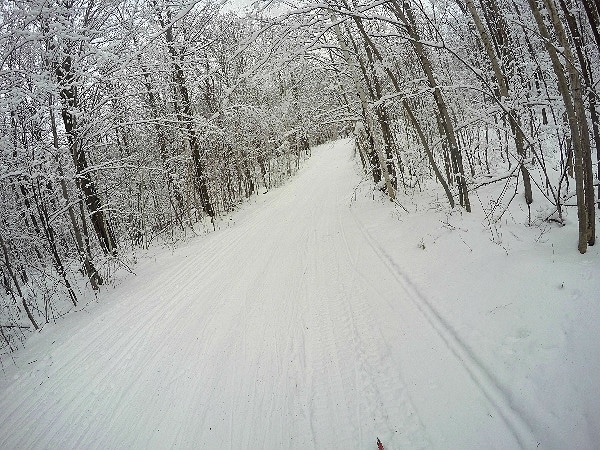 What makes the Timberland Hills Ski Trails a ten

I used to run a column for Examiner.com where I rated ski trails out of a 1-10. I would definitely rate the Timberland Hills Ski Trails a ten. The difference between a seven and an eight and a ten is the length of the trails. I can do a two mile loop over and over again, but I prefer to do longer loops from six to ten miles. The Outer Loop at Timberland Ski Trails is 15 kilometers, so it is around nine miles, which is the perfect distance to do once, twice, or three times depending on your fitness level. 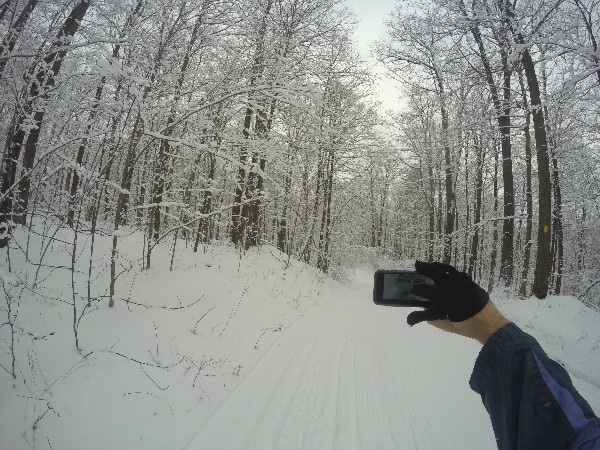 The other big qualification for a ten is the quality of the terrain – mainly the size and difficulty level of the hills. The terrain here at the Timberland Hills Ski Trails is pretty sweet. While I did not crash here, I came close a couple of times, and there are some great long downhill straightaways and some great technical hills with turns at the bottom. I did the Outer Loop in both directions and either way you will find some fantastic hills.

One thing I really like about longer trails is solitude. Most other skiers will do the shorter loops, and if they do take the longer loops you will only run into them if you are going the opposite direction or if you pass them or they pass you. The first time I was on the Outer Loop I started with a bus load of local high school skiers. For the first half mile I was mixed in with them, but they turned on a shorter trail, and I think I only saw four or five other skiers along the loop. 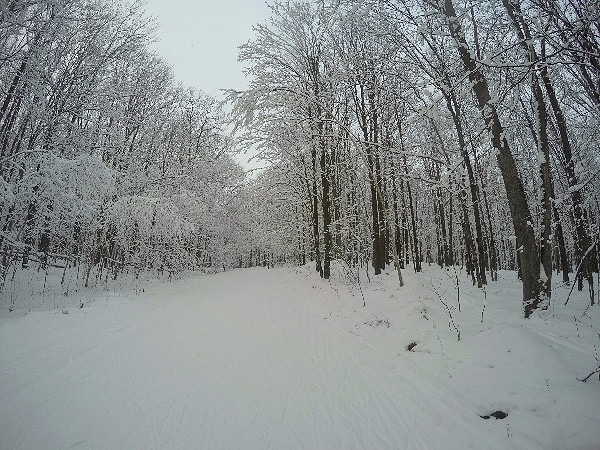 I then returned to the Outer Loop on New Year’s Day in the morning, and I was the only skier on the trails that day. I guess people were a little groggy still after the New Year celebration. Later that night I skied the Lighted Loop and when I first got there, there was a family skiing, but they soon left, and I had the trail to myself the rest of the time. 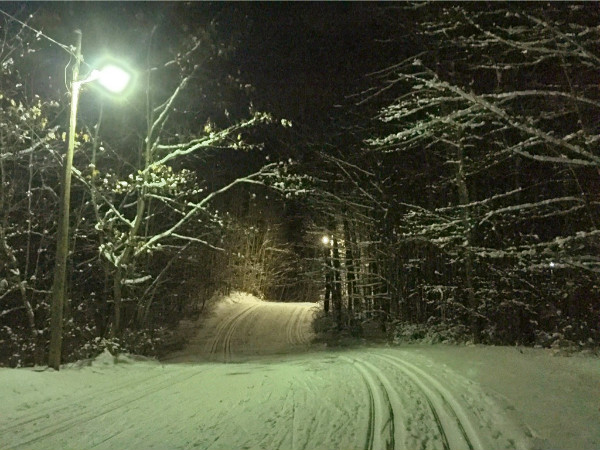 It was so beautiful skiing through the night under the stars with not a sound except for my skis gliding through the snow, my occasional laborious breath, and my ski poles crunching in the snow to pull myself along. The sky was immaculate and the stars were out in force. I skied eight laps around the course before heading back to Chetek.

I saw some interesting wildlife during my time on the trails. I saw two white-tailed deer on Boyd Lane as I approached the parking lot on New Year’s Day.  I also saw a bald eagle picking at a dead animal along Highway H. Since many rivers remain unfrozen, bald eagles have not migrated to warmer temperatures since they have access to fish. I also saw what I believe to be a river otter on one of the frozen lakes along the Outer Loop. 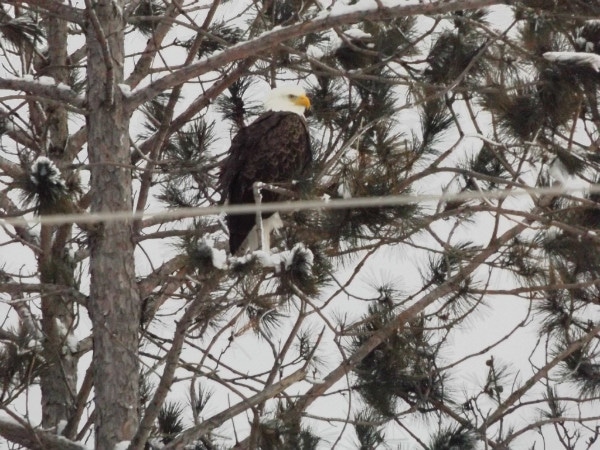 Great to see a bald eagle anytime, but especially cool in the winter as their white head and tail and black body look really cool in a snowy pine tree

It was great to discover another quality cross-country ski trail system in Wisconsin. It is about a six hour drive from Chicago, so it is feasible to get up here for a long weekend or even a short weekend if one drives up starting Friday night. 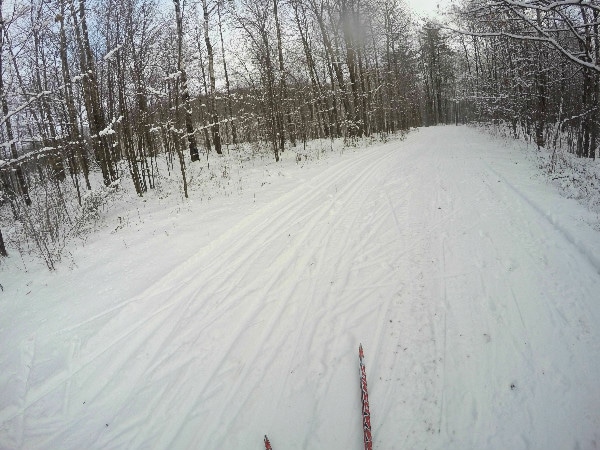 I definitely will return and recommend checking it out if you are in the area. Many people will ski the Birkie Trail in Hayward instead, and for good reason, but definitely do not overlook this wonderful ski trail system.

Timberland Hills Ski Trails rely heavily on donations, so please put in a five or more when you ski or consider a year $30.00 donation.