Learning the GoPro culture at the GoPro Mountain Games

Coming to Vail, Colorado for the GoPro Mountain Games was an eye opening experience. One of the best parts of the weekend was interacting with GoPro and many of their employees and learning firsthand about the GoPro culture.

GoPro Mountain Games gets off to a great start

The weekend could not have started any better. Before I left for the GoPro Mountain Games, I sent a tweet stating I was looking forward to arriving in Vail for the #GoProMtnGames. I learned in advance that this was the official hashtag for the weekend. 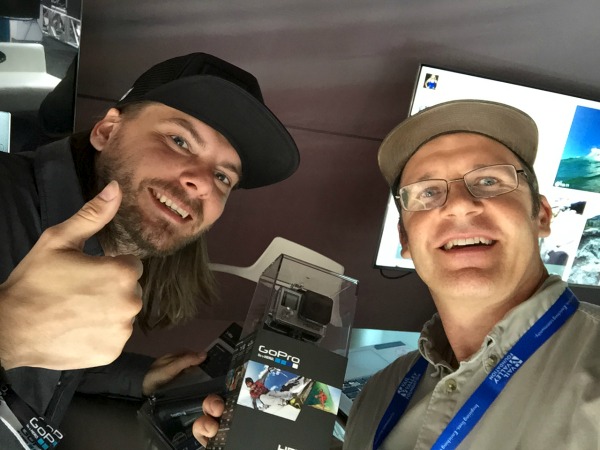 A few hours later, I received a direct message from GoPro asking that I stop by their social media booth. After I checked in, I made a beeline for the Solaris Hotel, where they had set up shop. I entered the booth and the guy behind the counter pointed at me and said “Ted.” I had replied to his direct message, so he knew when I was coming.

He immediately handed me a GoPro black Hero4 camera. I was speechless and humbled. I could not believe this great adventure company recognized what I was doing enough to hand over a brand new $500.00 video camera. Jacob said if I wanted to thank them, then I could just share as much as possible using their hashtag on social media. 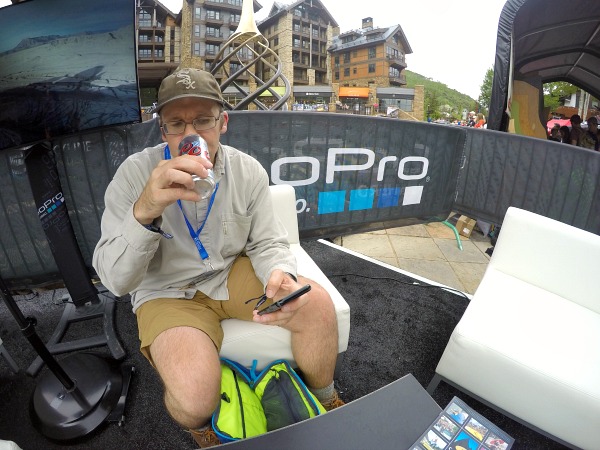 Jacob also showed me how to synch the device with my phone. I downloaded their app, and connected the device with the app, so I could see out of the camera through my phone and control the devices. The Hero4 black does not have an LCD like the silver, so the app is crucial. Now that I have this set up, I could care less if there is a screen or not. 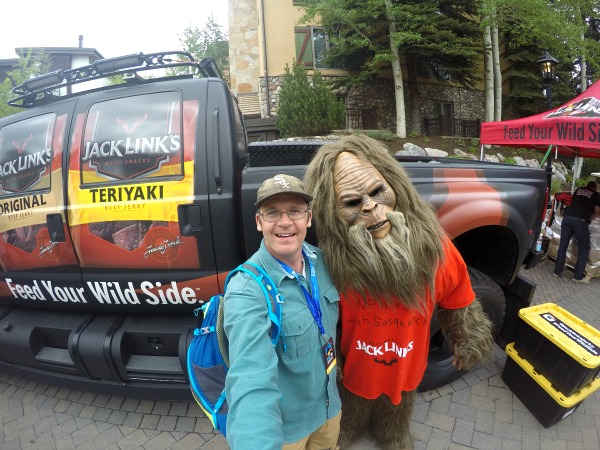 Part of the GoPro culture is getting more creative, so here I am getting a little more adventurous with my selfies

During the weekend, GoPro offered seminars and classes where camera experts passed on their knowledge to people attending the games. The first one I attended concentrated on the different mounts and perspectives.

Most people who own the camera probably just use the video and perhaps the time lapse photography option with a mount on their chest or on their helmet. This class really made participants think of alternative ways to capture cool stuff happening in the world. For example, one speaker said that everyone can film their two year old; however, not many people will strap a GoPro on their young child and see the world how they see it. Another speaker suggested floating the camera on the water when you are fishing to get a half out of the water half in the water perspective. 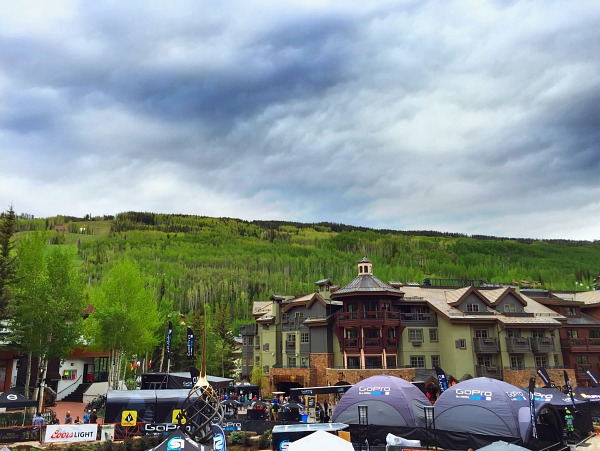 After the class, we were given a bracelet and invited to the GoPro happy hour at their tent near the Solaris. Most of the people who attended this were GoPro employees. Just about everyone had a camera. One person was throwing a toy to his dog and another employee was filming it on their camera. A couple of other employees were playing cornhole or bags while another employee was holding the camera behind the boxes to try and catch a unique angle on the GoPro of the incoming bags. 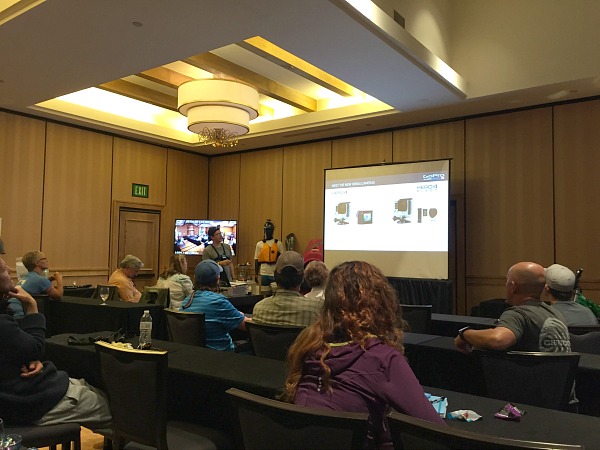 Getting educated on GoPro culture at the GoPro Mountain games

The next day I was signed up for another seminar. We met in the Vail Lodge conference room, but we immediately left and went mountain biking with our GoPros. I mounted my camera pointing forward on the handle bars.  The traditional way that most people would use it. Some of the other participants really got creative and mounted the camera on their seat and pointed it backward. All this exposure to other GoPro users and employees really turned a light on in my brain. The camera can really open a whole new dimension in not only adventure, but even mundane things like playing with a dog. 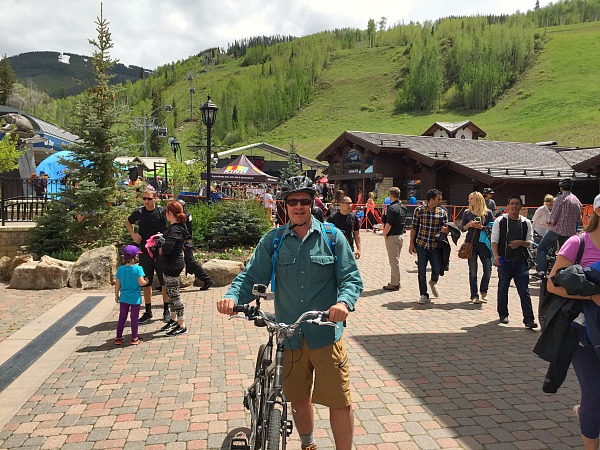 Once we gathered some content, we were invited to take our SD card and upload it on one of their computers, and we were given a little lesson on editing. I never realized there were so many options to this small little camera in both capturing the world and then editing it. Again, another world seemed to be opening to me as I thought of all the ways I could share my travels. 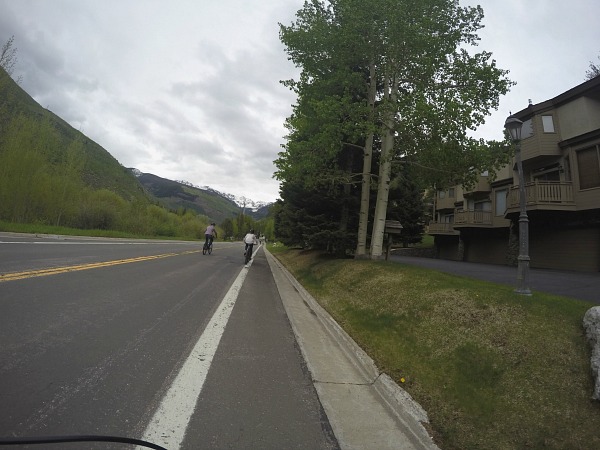 GoPro culture looks better with white mountains in the distance

GoPro culture has rejuvenated my desire to travel and share

I love to travel, blog, and share photos, but sometimes I wonder what the purpose of it is. Am I just some travel diva wanting attention posting pictures of myself in exotic locales? I do not lose sleep over such questions, but it is nice to have a higher meaning for what I do.

I had an epiphany while drinking a few beers and peering over my balcony at the Antlers Lodge listening to Gore Creek cascade on by. I do not use the word “ephipany” lightly either.  I do not have these hourly, daily, or even yearly. I have had only two perhaps three such epiphanies in my life. None of these amounted to anything, and I think at least one of them was completely forgotten the next morning, but that does not mean this one won’t lead to something. 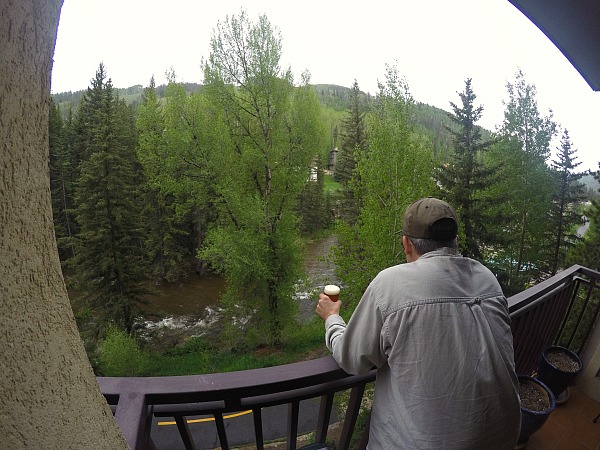 Pondering GoPro culture, blogging, and adventure while enjoying a beer and Gore Creek at the Antlers

GoPro is committed to make it possible for everyone to create, edit, and share kick ass movies. This is important because there is so much negativity and filth online that it needs to be counter balanced by awesome video of this beautiful earth we live on and the cool things we do while we are here. This realization made me feel better about what I am doing and now I am recommitted to this end, and I am psyched I have an amazing new tool in my arsenal to help me do it.

If you ever have a chance to come to the festival yourself, I highly recommend it. There is so much to do with adventure competitions going on non-stop, music and concerts, beautiful scenery, and a chance to improve your GoPro skills by taking a class and interacting with the company. 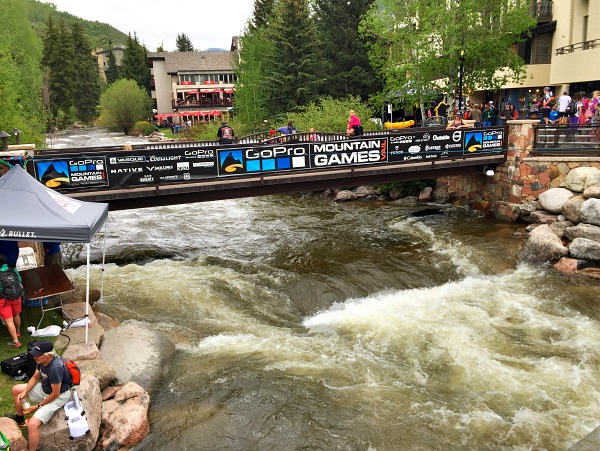 My trip to Vail was sponsored by the city as part of the #Vailsummer campaign and GoPro did give me a new camera to use; however, views, photos, and especially epiphanies are purely my own.