We had been checking the weather for weeks in order to time when walleyes would run in order to time our visit to Wisconsin Walleye Days 2015. Each year on the Wisconsin River, walleyes will swim up to the dam and spawn. The town  and Wood County celebrates each year and welcomes out of town visitors. The weather looked good for the weekend of April 14, so a group of seven gentleman convened at my friend’s cabin for what we hoped would be a great weekend of fishing. 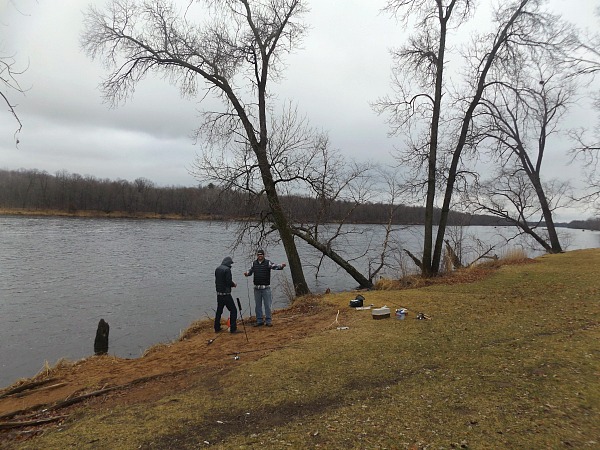 It did not start out good with cold temperatures on Thursday and no fish. I met my friends at Nita Brew bar in Nekoosa on Thursday night as I was late getting up there. The rest of my friends drove up in the Black Pearl – a huge RV. We enjoyed 32 ounce Pabst Blue Ribbon beers and decided to venture into Wisconsin Rapids. As we returned home that night it snowed. 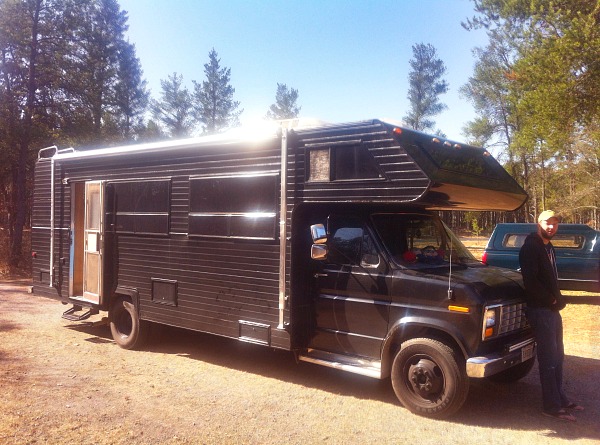 Captain Willy in front of the Black Pearl

The snow did not stick, but the next morning it was still chilly. I paid $50.00 for my annual Wisconsin fishing license, and we bought minnows and proceeded to the fishing hole. A bucket of beer was brought out to the shoreline, and we tried to drink ourselves out of our hangover. The weather was a little warmer, but still on the cold side, and the fish were still not biting. 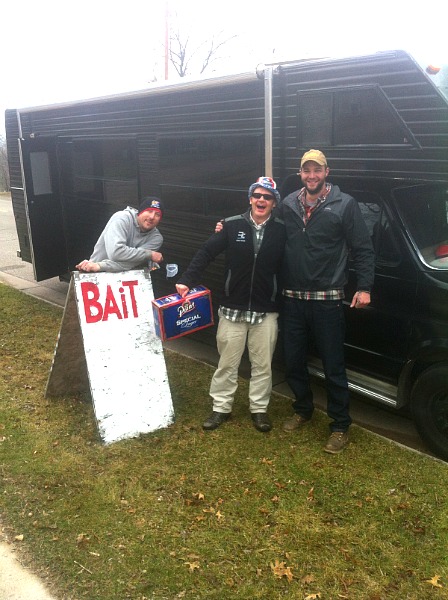 Loading up with bait, beer, and fishing licenses for Nekoosa Walleye Days 2015

The group of friends I was with have been coming up to this river to fish at this time of the year for 10-15 years. We do not see each other during the rest of the year as often as we like, so we spend a lot of time catching up on what has happened since the last time we gathered, reminiscing about past trips, making fun of each other, and talking about women. It is your typical boys out weekend.

We only reeled in one keeper after a good four hours, so we returned to the cabin to shoot guns and ride ATVs. A neighbor stopped by with delicious venison jerky, crackers, and cheese. The day was getting warmer and warmer and the sun emerged, which we hoped would bode well for the fishing tomorrow. We drove to a bar along Devil’s Elbow on the Wisconsin River for pizza and beer, and we were treated to a gorgeous sunset. 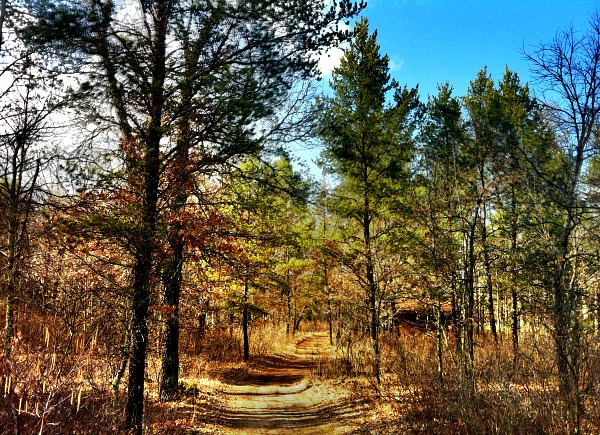 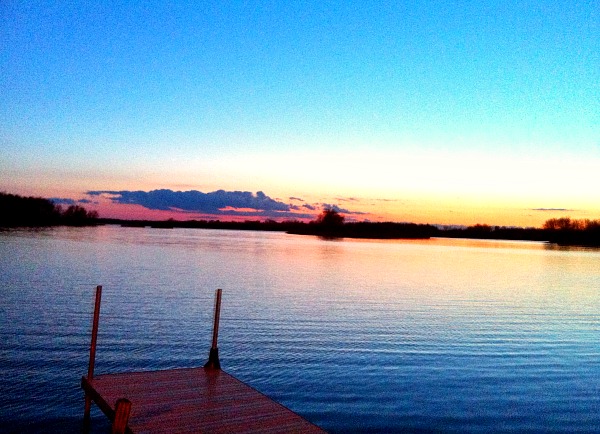 We then rolled back to Nita Brew, and Karen, our favorite bartender greeted us with hugs and 32 ounce PBRs. The owner of the bar noticed our love for the big cans, which you cannot buy in Illinois, and offered to sell us a case. We walked out with three cases. Each one cost $24.00. For those mathematicians out there, that comes to $2.00 a beer or about .75 cents per 12 ounces. When walleyes are not running, at least you can bring home some beer. 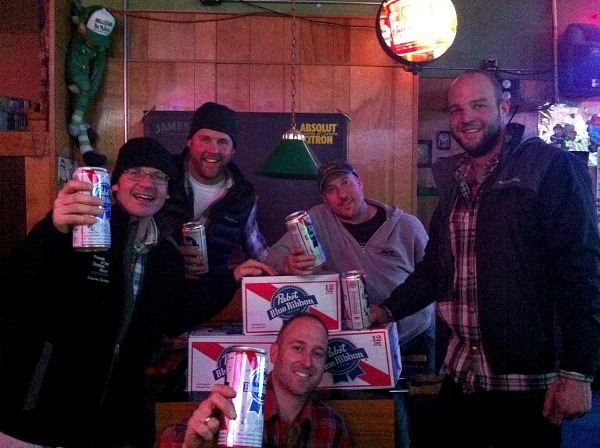 As we drove back to the cabin, we saw our friend in his truck pulled over by a Nekoosa police car, and he was walking the line. We had entered a raffle at the bar and won six bottles of Jim Beam, which was in his car. We drove back to the cabin and feared the worst. About a half hour later a strange car pulled into the cabin and it was the police. They personally delivered our bottles of Jim Beam and our friends without a ticket. For those that say that Wisconsin police target Illinois drivers, here is a case where they were amazing.

With a new story to tell, we lit a campfire and analyzed the evening’s adventure.  At one point me and my friend Jim were laughing hysterically. I still cannot remember about what. Guitars were brought out and songs played until another day was in the books. 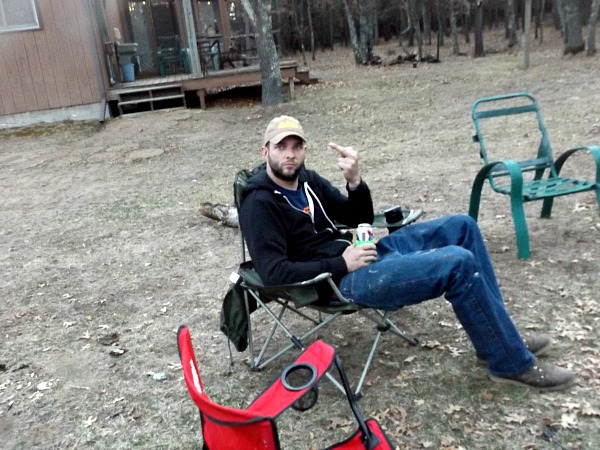 Willy not feeling especially photogenic at the moment

The next day was the most gorgeous yet, and we hoped that the nice weather would bring some fishing action our way. Unfortunately, when we got to the river it was evident that they let a lot of water out at the dam as the river was really flowing fast. This is not good news for fishing. We fished hard with no success. 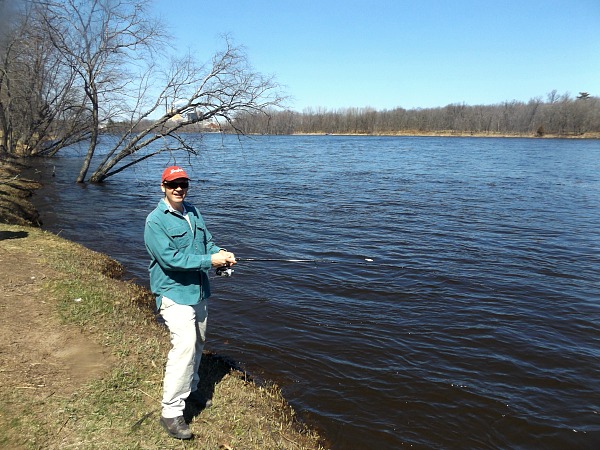 Then our friend Tommy finally caught a beautiful fish. A 22 inch lunker. We could not keep it as Wisconsin fishing regulations deems this one to be in a slot that must not be harvested, so it was catch and release. At least someone caught a fish. 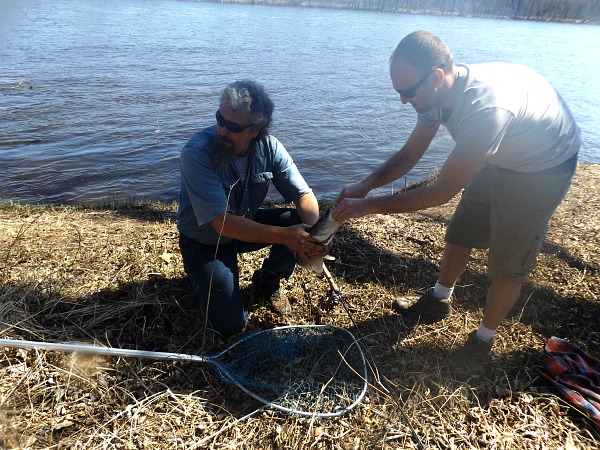 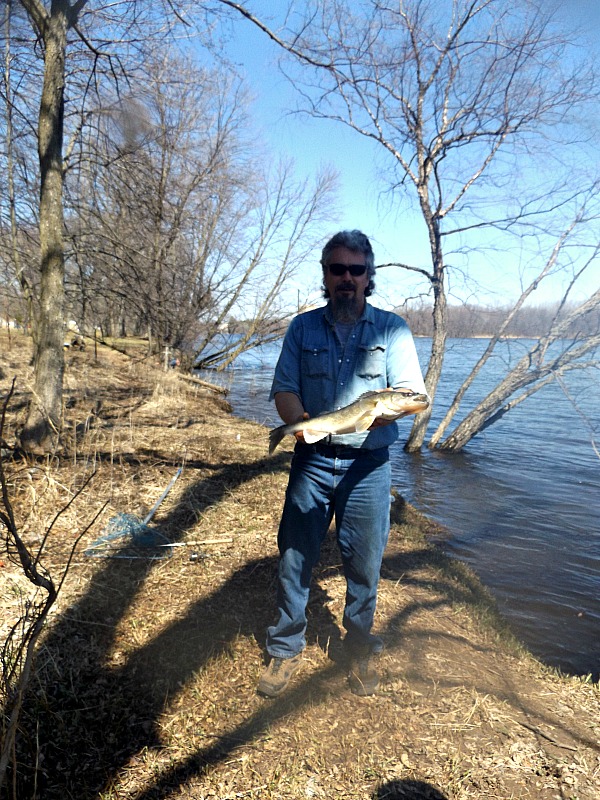 We continued on without success. We were enjoying the beautiful day, but soon the bar and 32 ounce PBRs were calling. When we arrived at Nita Brew, they were having a pool tournament and they had a spread of food on the table. Karen gave us all hugs and a few people shook our hand. Everyone we passed said hello. The place was just beaming in friendliness. This is what I love about Wisconsin. 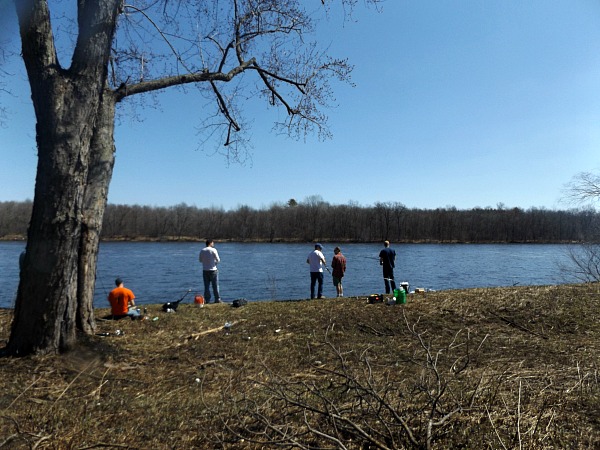 Not many fish being caught but great conversation, beers, and general good times at Nekoosa Walleye Days 2015

There was a guy with PBR overalls and a PBR shirt drinking his own 32 ounce PBR that we chatted with. He made his own maple syrup and gave us a sample. It tasted like whiskey, and we were really confused. He comes over a few minutes later laughing saying he gave us the wrong sample as what he gave us was Jameson and cranberry. There was much laughter over this mistake. 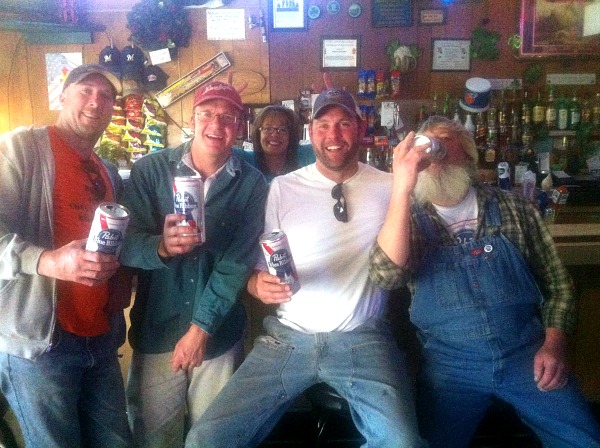 We ordered a few appetizers and the pool players invited us to help ourselves to their sandwiches. They had a huge crock pot filled with pulled pork and bags of hamburger buns. As we left it was more hugs and handshakes. The owner of the bar then gave us two bottles of apple booze on our way out. We then proceeded to hang out around the campfire until 3:00 a.m. as no one wanted Nekoosa Walleye Days 2015 to end. 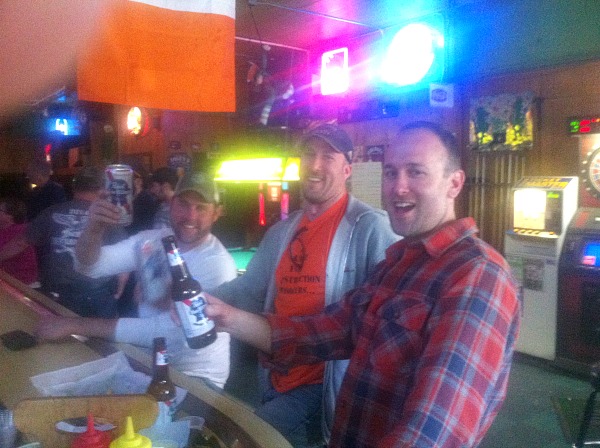 Despite fishing success at Nekoosa Walleye Days 2015, it was a great weekend

There were many times during the weekend when we vowed not to return. The fishing, weather, and the flow of the river is just too unpredictable. Everything needs to be right in order to catch fish. We probably will not return next year and perhaps the year after. Soon though, the friendliness of Wisconsin people, 32 ounce PBRs, and a great weekend in Wisconsin catching up with good friends will have us coming back to Nekoosa Walleye Days.