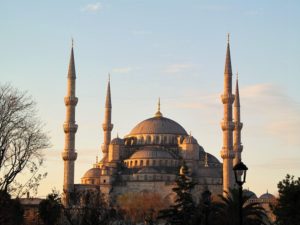 During a recent trip to Southeast Asia, I had a 20 hour layover in Istanbul, Turkey on my way home. I ended up taking several hundred pictures during a three hour self tour in the morning before my journey home to Chicago continued. All of these pictures come from the Sultanahmet District where I stayed. Since I only had three hours in the morning, I did not have the opportunity to tour multiple areas of the city. I basically walked along the Bosphorus and then checked out the Blue Mosque, Hagia Sophia, and the Topkapi Palace before returning back to the airport. 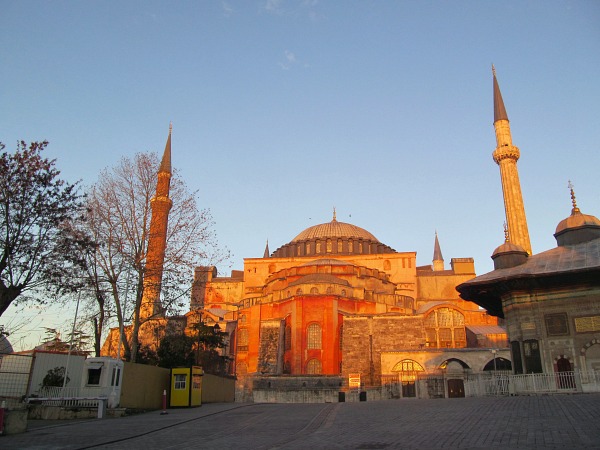 I absolutely loved the Sultanahmet Area and Istanbul from what I saw. Turkish Airlines is smart to have these layovers so people can come into the city and fall in love with it and vow to return. For those looking for a tour instead of braving the city yourself, check out Tour Istanbul, which specializes in short tours for people on layovers. Free tours are led by English speakers and are offered three times each day.

My first order of business was an early morning walk along the historic Bosphorus Straits. It was a crisp cool day in the 50s with barely a cloud in the sky. Incredible to walk along a waterway I had heard so much of during history classes dating back to middle school. It is a very cool experience to be standing on one continent and take pictures of another just across a slice of blue water. 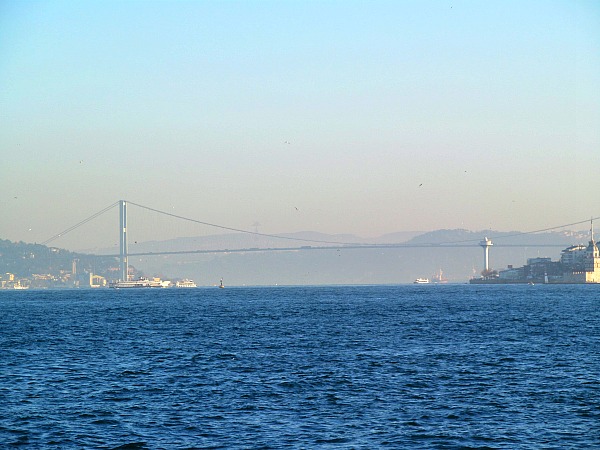 A bridge and a waterway spanning from one continent to another 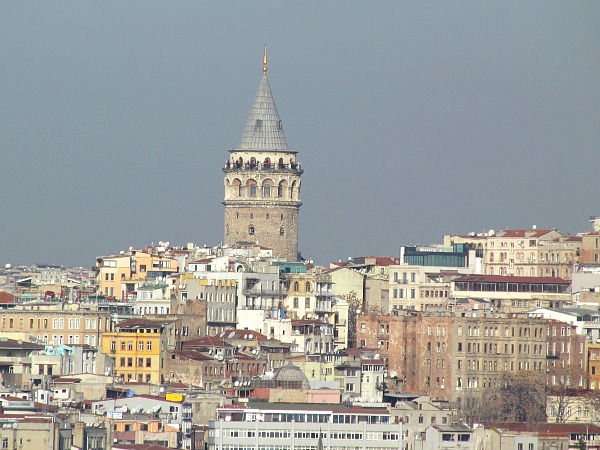 Buildings on the Asian side of the Bosphorus 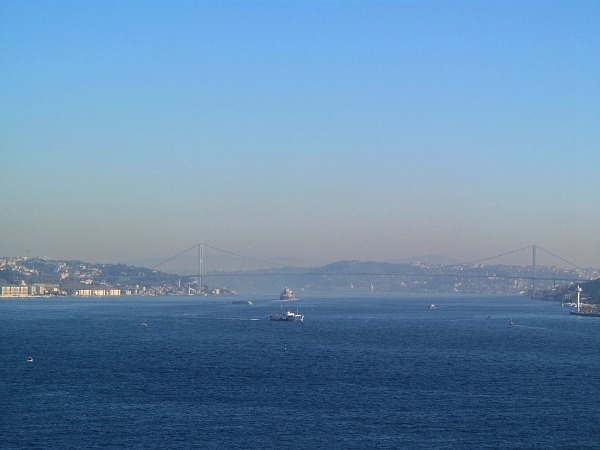 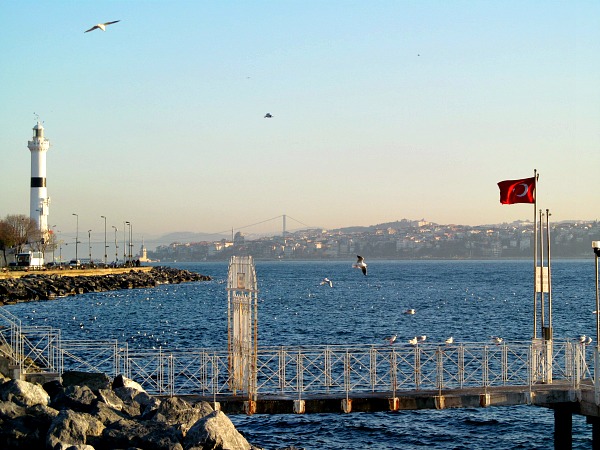 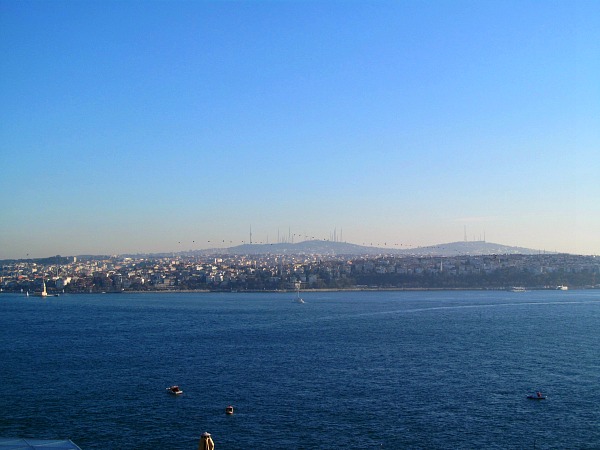 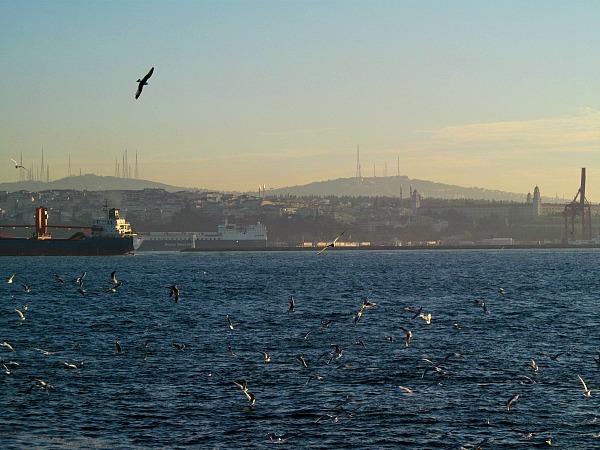 Gulls crowd the shores of the Bosphorus

Hagia Sophia and the Blue Mosque

The Sultanahmet District is the biggest tourist area in the city and country. The heart of this is the main two mosques in town: Hagia Sophia and the Blue Mosque. For those turned off by tourist crowds, all I can say is suck it up and endure for a couple of hours as these two mosques are sensational and worth rubbing shoulders with the masses. When I jumped off the tram at the Sultanahmet Neighborhood at night and saw the Hagia Sophia to the left and the Blue Mosque to the right all lit up, I knew I was at some place special. 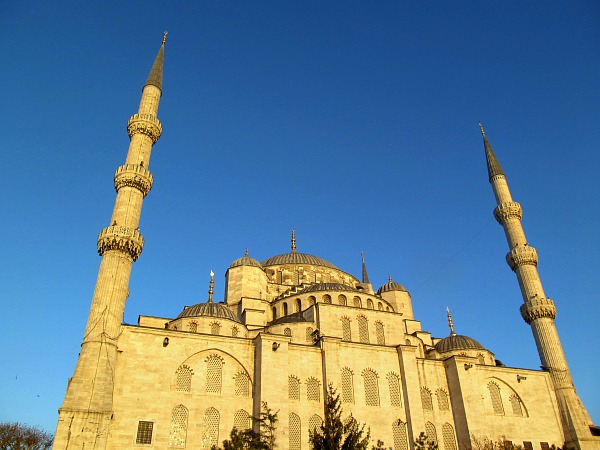 The incredible Blue Mosque in the Sultanahmet District 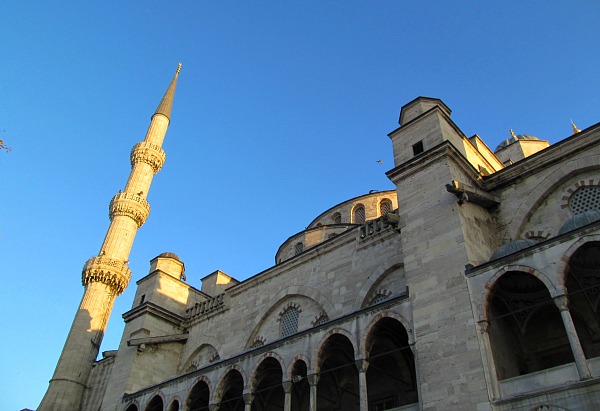 Close up of the Blue Mosque 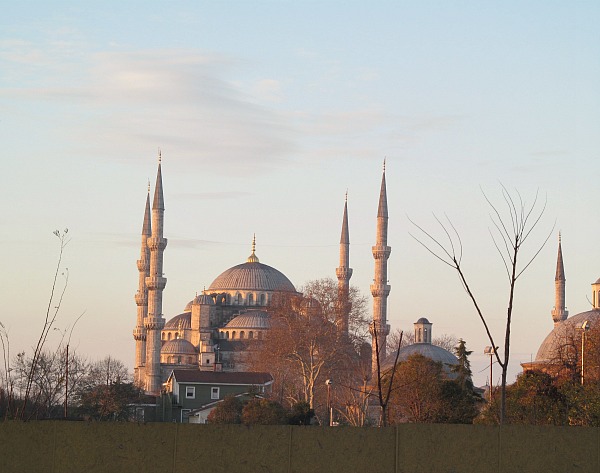 Another shot of the photogenic Blue Mosque 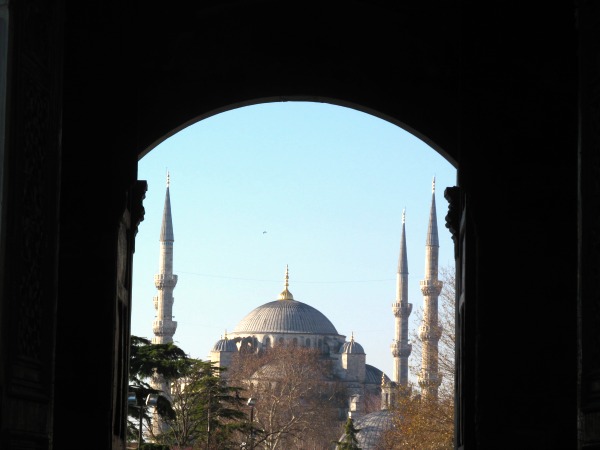 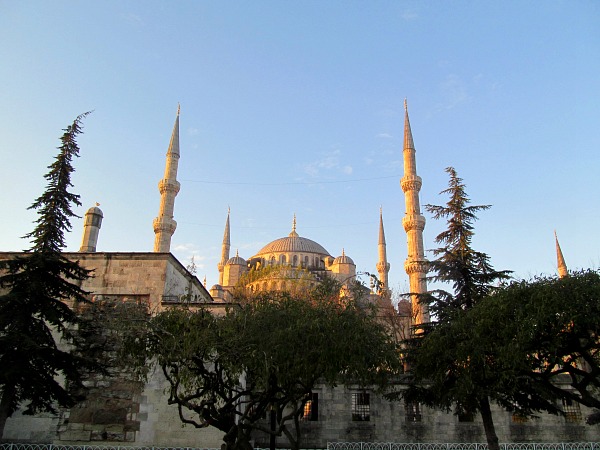 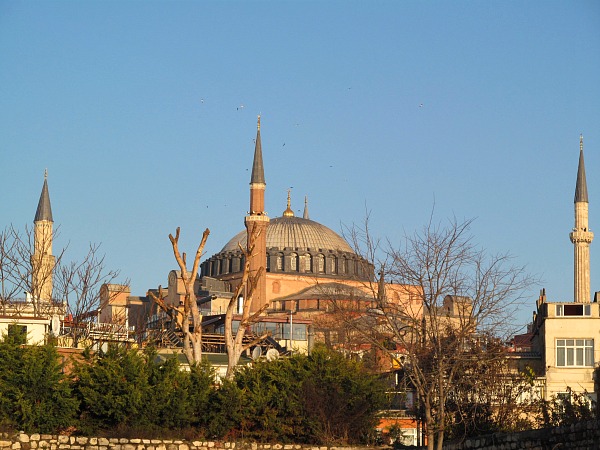 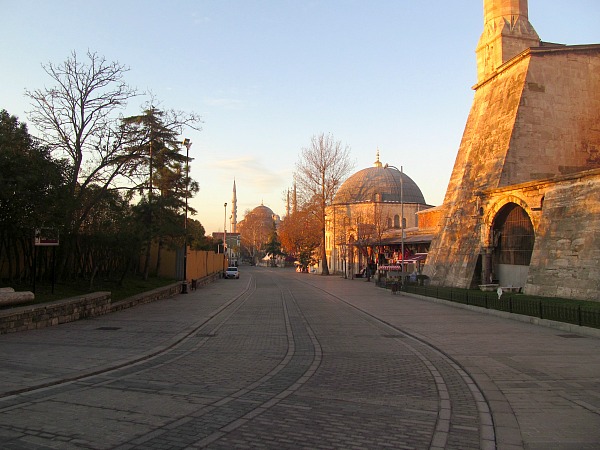 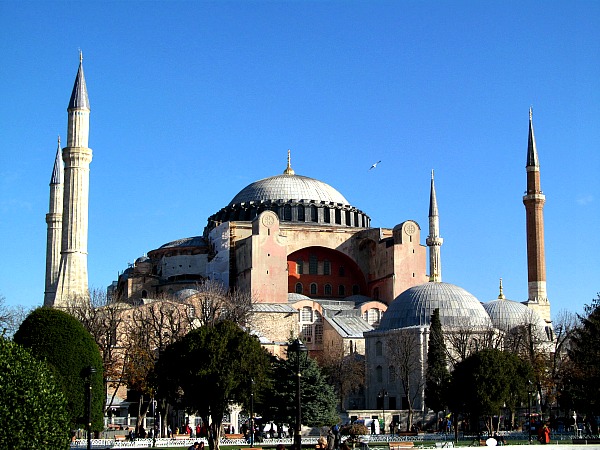 The only place I paid money to get into, but it was well worth it. The best part about the palace was finding secluded spots in the courtyard that I had pretty much to myself. There were some outstanding views of the Bosphorus and the rest of the city from vantage points in the back. 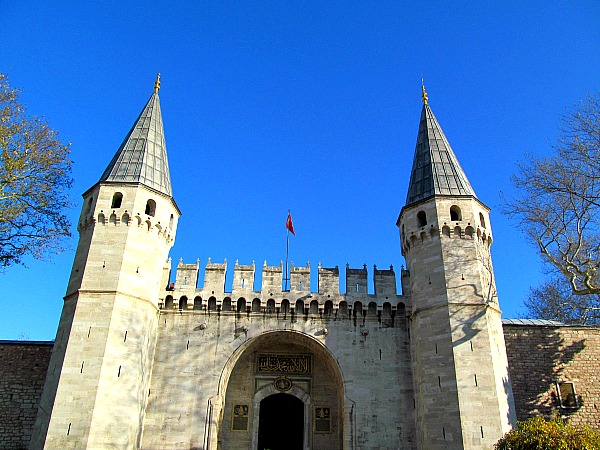 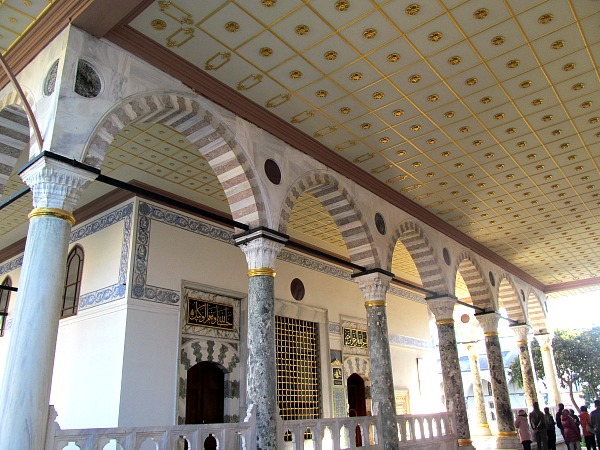 Cool columns from inside the Topkapi Palace 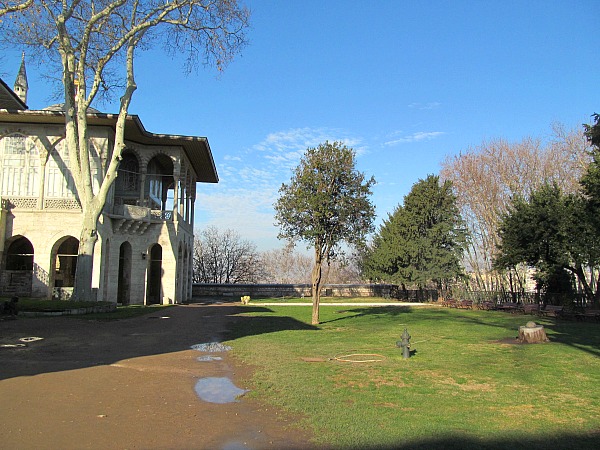 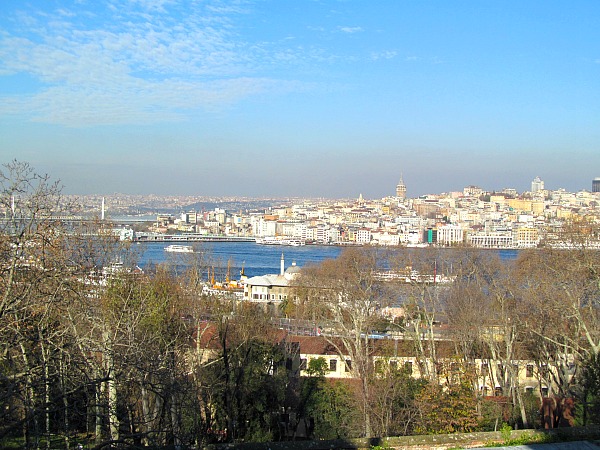 Amazing view of the Bosphorus from Topkapi Palace courtyard 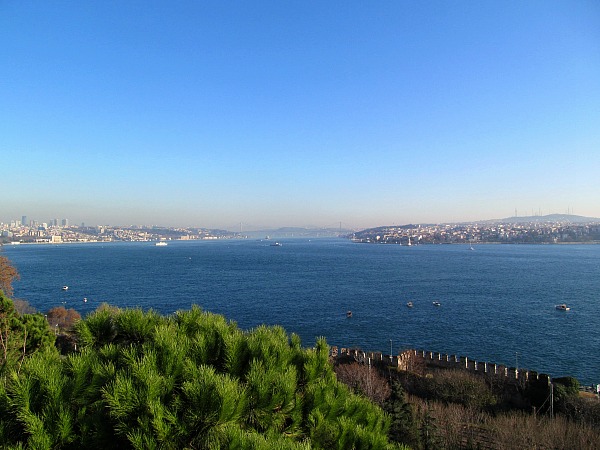 Another incredible view from Topkapi Palace 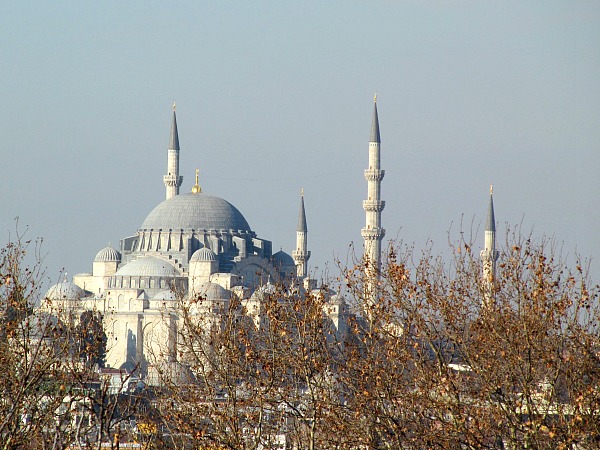 Another mosque in the distance taken from Topkapi Palace courtyard

There is so much more to the Sultanahmet District, Istanbul, and Turkey than the main spots I visited during my layover. I could have spent days just hanging out and checking out the cobblestone streets and interesting cafes and shops. I only had three hours, but what I saw inspired me to want to return and spend more time, and I hope these photos motivate you check out this beautiful area of the world. 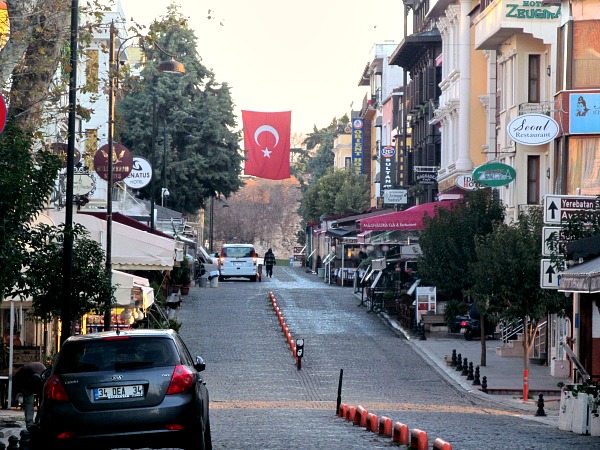