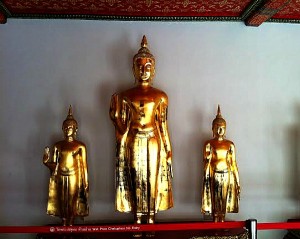 How to showcase Wat Pho

I took so many pictures at Wat Pho that I had to figure out a way to divide them into multiple posts without repeating myself. Looking at my pictures, they consisted of golden buddhas inside one of the many temples or pictures of the beautiful spires or temples from outside. It seemed logical to basically divide them by Buddhas and spires. Spoiler alert: there will be a future photo essay featuring spires and temples from Wat Pho.

Bangkok is well known for its beautiful Buddhist temples or Wats. Amazingly, there are over 400 temples in Bangkok alone. Perhaps the most outstanding, and the top tourist attraction, is Wat Pho. Wat Pho is also next to the Grand Palace and across the Chao Phraya River from the incredible Wat Arun, so it is convenient to do an all day escape along the Chao Phraya and visit three outstanding tourist stops along with a boat ride down the river. 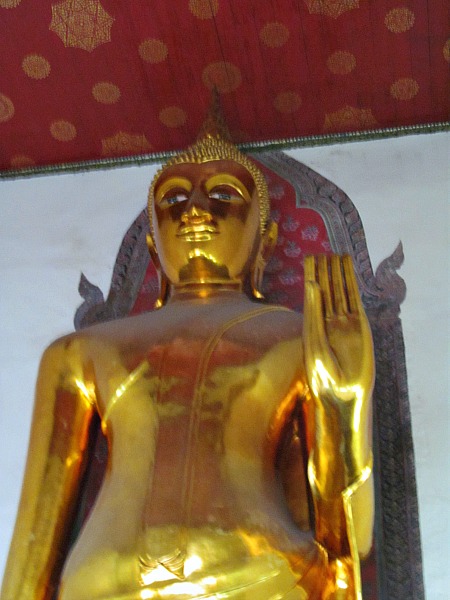 Smaller statues in the hallways 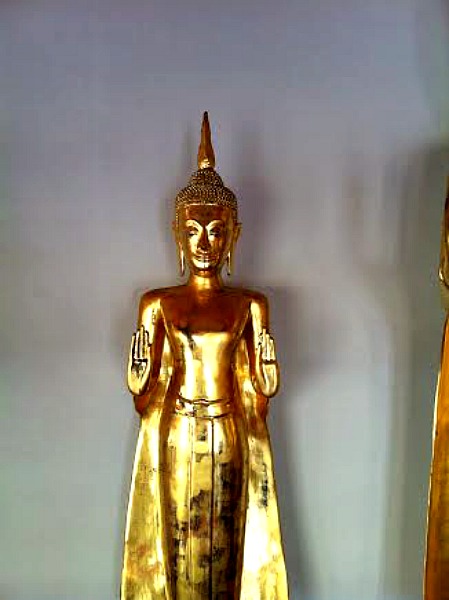 Statues found in the hallways outside 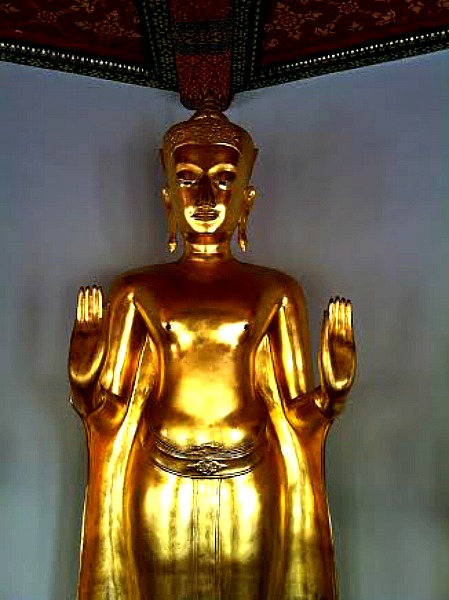 Each statue is slightly different

One of the 1,000 Buddha images found at Wat Pho 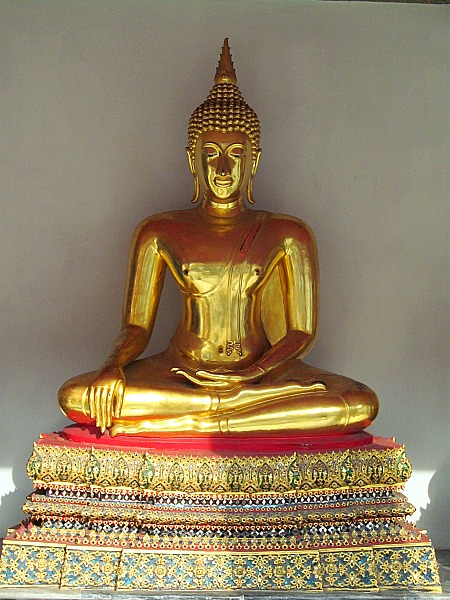 Not a Wat Pho Reclining Buddha but another of the 1,000

Golden figurines greet you as soon as you enter the complex. Outside there are hallways lined with smaller golden Buddhas. The smaller ones are cool because they are all beautiful and somewhat alike, but yet distinctly different from each other.  Then there are several temple buildings that house larger more intricate Buddhas. 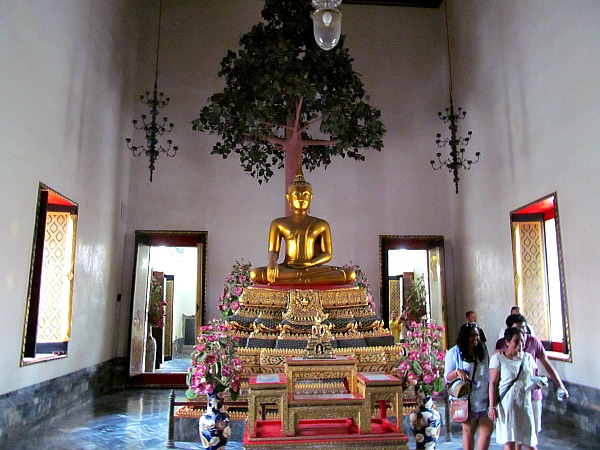 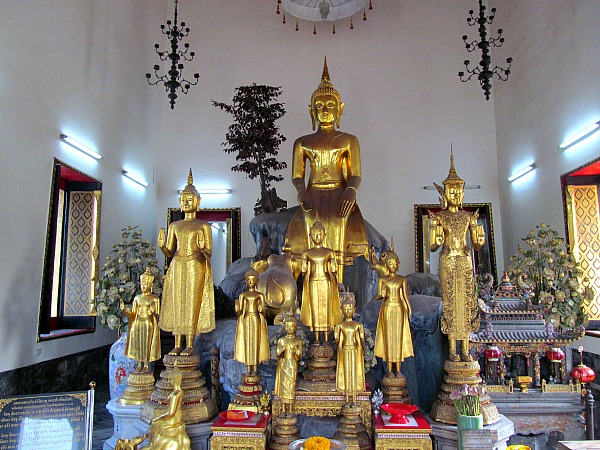 Buddha images inside one of the temples 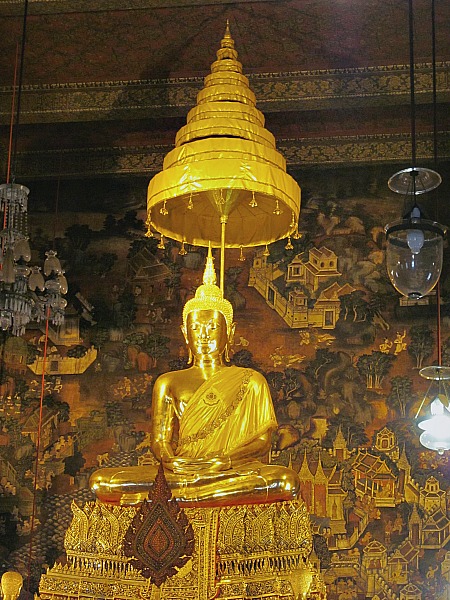 Wat Pho is a huge complex, which is great because even when it is packed with tourists, which it usually is, there is room to move. The grounds are 80,000 square meters and feature over 1,000 Buddha images. This means if there are at one time 1,000 tourists in the Wat Pho complex, then each tourist gets one Buddha image to themselves. This photo essay only captured 21 of the 1,000,  which is a measly 2%. I need to return and put forth greater effort.

Speaking of effort, the featured Buddha image is the 160 foot long Reclining Buddha. This statue is so popular that the whole complex is sometimes referred to as the Temple of the Reclining Buddha. If there is one part of the area that is crowded it is the path around this Buddha behemoth. There usually is a line, but people tend to move in an orderly rate stopping for quick photos while filing past. 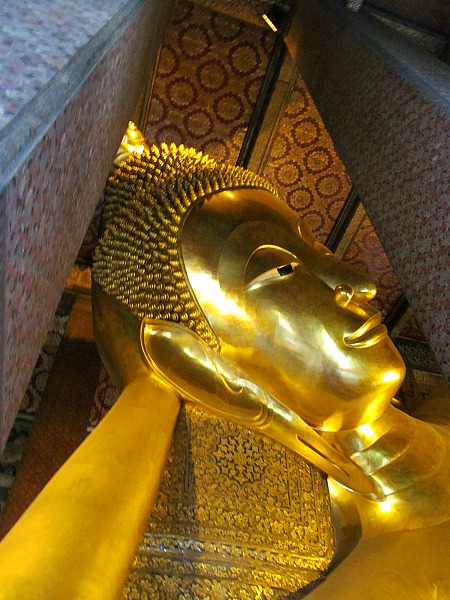 The head of the Wat Pho Reclining Buddha 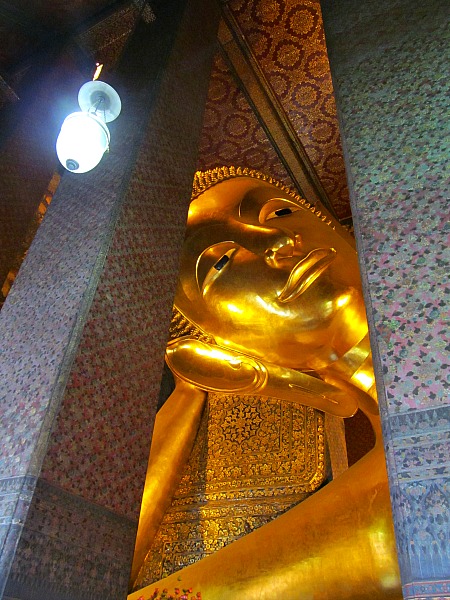 A different view of the Wat Pho Reclining Buddha head 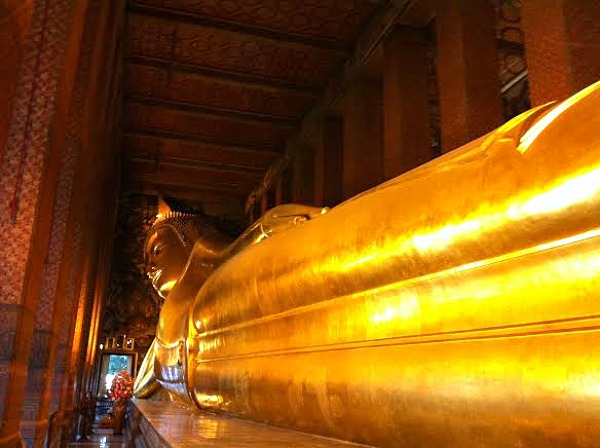 The Wat Pho Reclining Buddha in almost all her glory 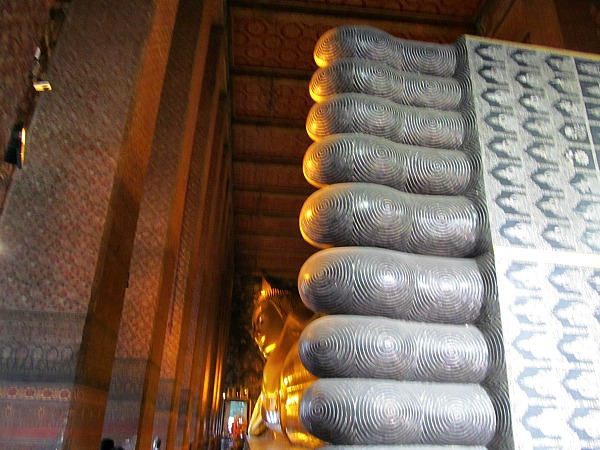 We cannot forget the feet 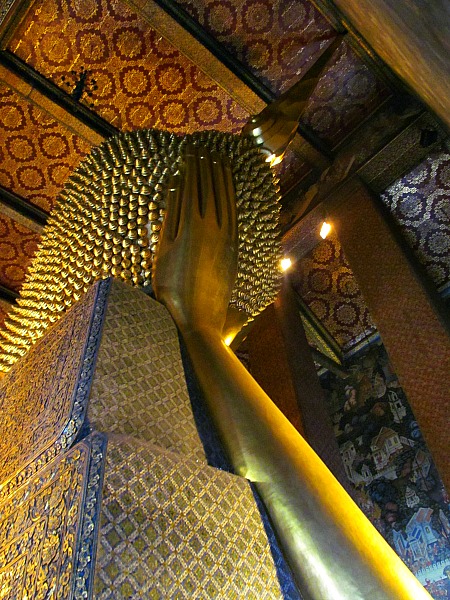 Or the Wat Pho Reclining Buddha back of the head