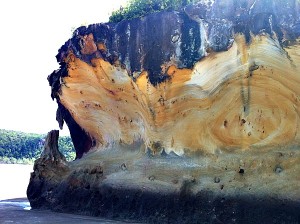 Interesting rock formation near the shore at Bako National Park

The beach where the boat dropped me off was so beautiful, I almost did not leave. After checking out some cliffs and walking around the beach a bit it was time to check in and start exploring Bako National Park in Sarawak, Borneo. A quarter of a mile walk found me at the Visitor’s Center.

The Park Ranger on duty checked my entry information and then gave me a map. You have to pick the trail you want to walk and then return back to the Visitor’s Center to check back in. 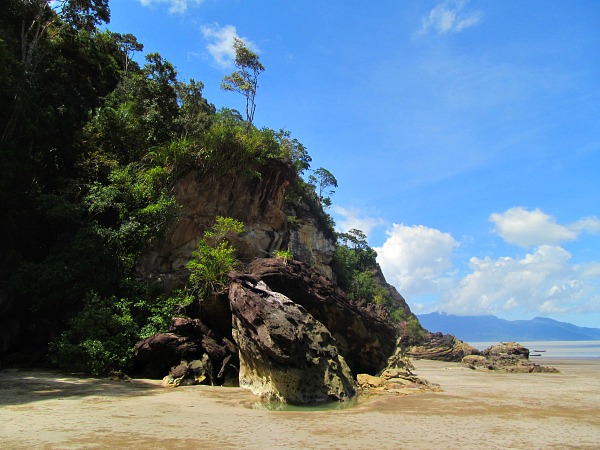 One animal I really wanted to see in Bako was the proboscis monkey. I choose the Telok Paku Trail as it was recommended as a good trail to see monkeys. It was only a half mile one-way and a mile out and back, so I figured it would be a good introductory path.

As soon as I walked out of the Visitor’s Center, a bearded pig crossed the path and headed towards the cafe.  The wildlife would get even better rather quickly. 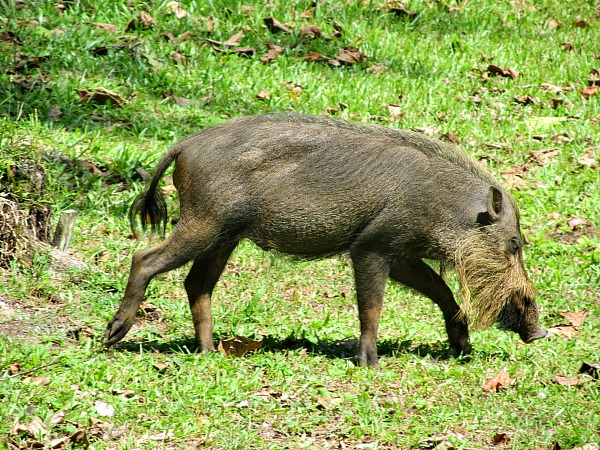 Bearded pig near the Visitor’s Center

I walked about twenty feet and then saw a bunch of other tourists looking up in the trees with their cameras cocked. This is of course the universal give away to some interesting nature afoot. 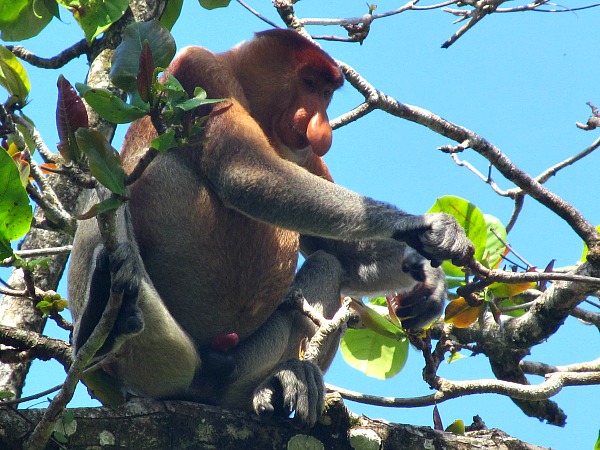 Sure enough, a troop of proboscis monkeys were in the trees. It was fitting because they were right in front of the proboscis lodge. The males in particular have to be one of the oddest creatures I have ever seen.  They have a pot-belly and a giant phallic shaped nose. 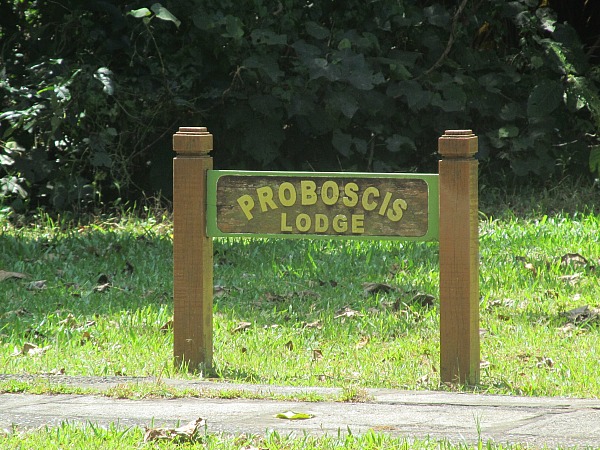 Proboscis monkeys were hanging out in front of their lodge

The Telok Paku trail followed the coast with exceptional views of the ocean and surrounding jungle. Despite being only a half mile, it was not an easy trail terrain wise as there were many roots and rocks to hop over. Definitely watch your step on this trail as a turned ankle would be an easy result if not paying attention. 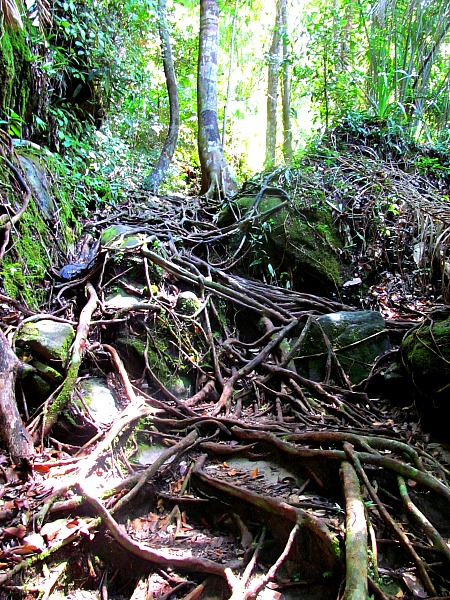 Incredible root network on the Telok Paku Trail, but not easy to walk over

The trail followed a boardwalk over the beach and the tidal area. Crabs and lizards scurried about on the ground. As soon as I got back into the woods I thought I saw another crab, but it was a crab spider: one very unique looking insect. 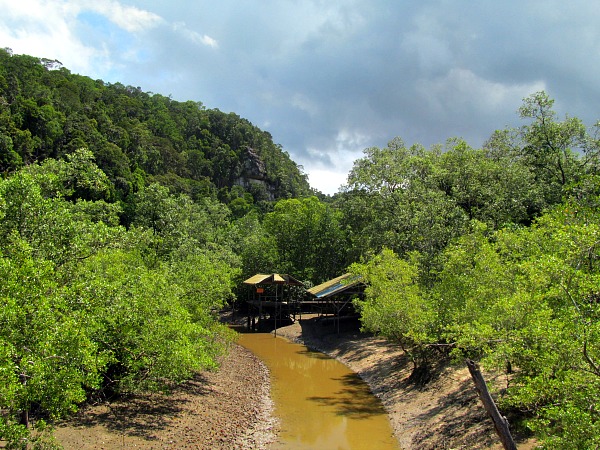 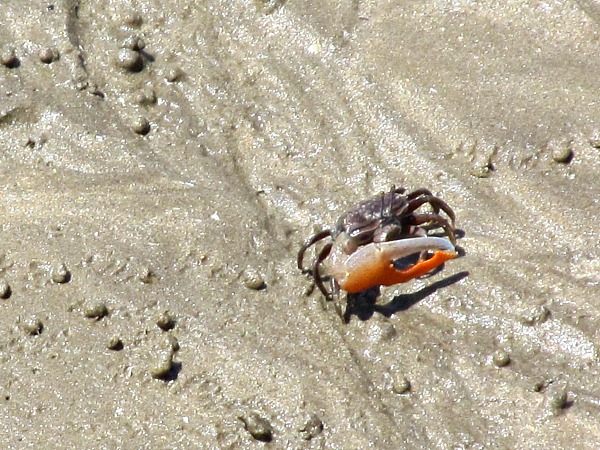 Crab on the tidal flats 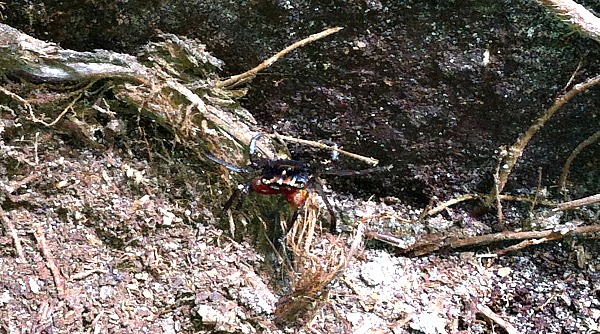 First a crab then a crab spider

A crash in the trees made it apparent there were more monkeys about. There are macaques, silver-leaf, and of course the proboscis monkeys that call Bako home.  I saw two out of the three, but missed out on the silver-leafs. The trail ended at beautiful Paku Beach. After taking a few pictures, it was  the same half mile back to the Ranger Station. 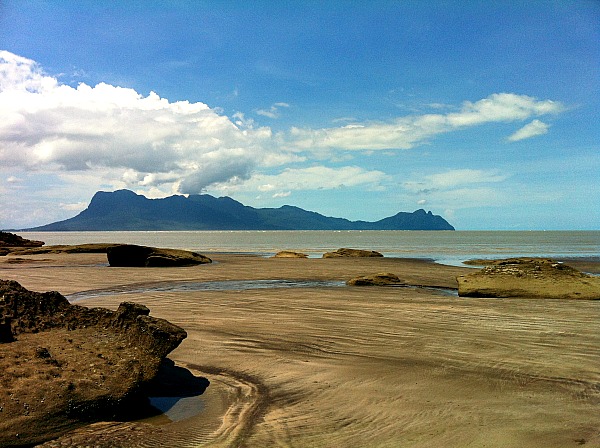 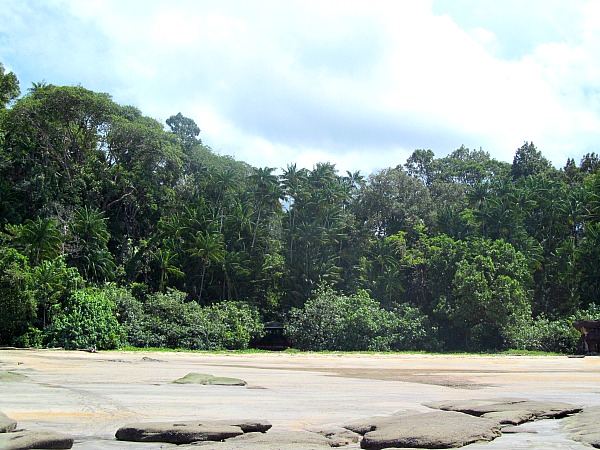 Looking back towards the jungle

The next trail I decided to hike was the Lintang Trail, which is a 6 kilometer trek into the jungle. Unfortunately, due to a late start and spending time on the beach, checking out monkeys, and the one mile Paku Trail, I was running out of time. 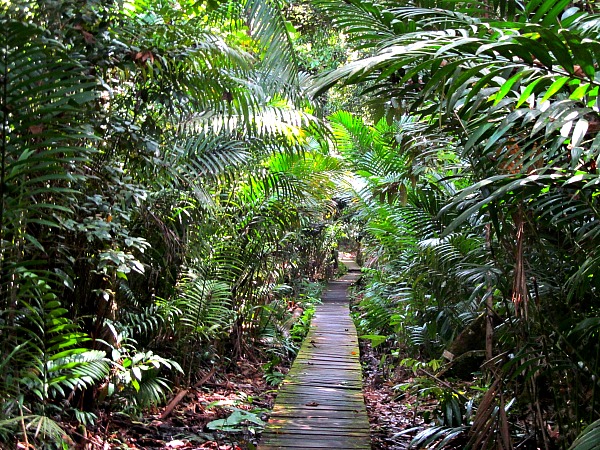 The Lintag Trail loops deep into the jungle

They recommend 3.5 hours to hike the trail. I figured I could do it in half that time, but I did not want to rush, so I just hiked a portion of it and turned around.  The best choice I made was to take a detour on the Ulu Assam Trail. 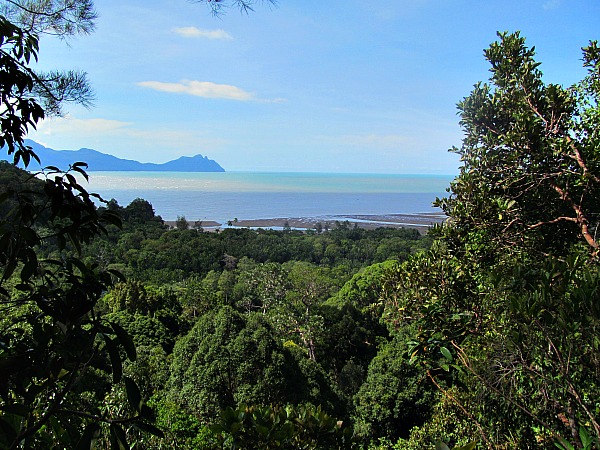 This trail went deep into the jungle and then went straight up a steep hill. It was so steep there were ropes along the side. The trail ended a half mile later at a gorgeous overlook. I hiked back to the Lingat Trail, after almost stepping on a monitor lizard, and returned back to the Visitor’s Center. 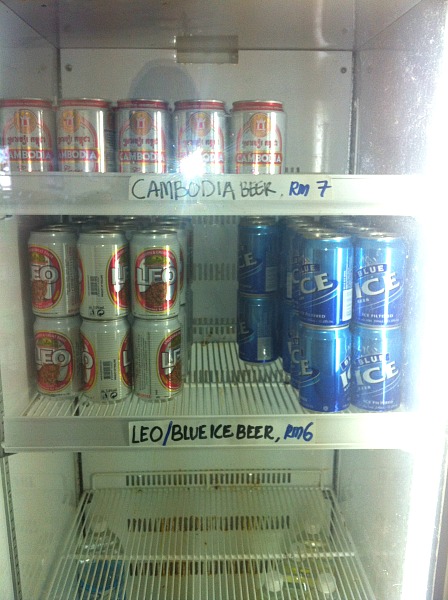 It was time to explore Bako’s beer fridge

I had about 20 minutes to spare at the cafe before heading back to the boat. I bought a lime drink to replenish fluids as it was quite hot and muggy in the jungle as one would expect. Then I enjoined a cold beer before leaving Bako.

You should definitely plan on spending at least one night in this beautiful park. They have a campground and hostel arrangements that can be booked online before arrival. There are over 30 kilometers of trails, so enough to explore for two-three days.

Check out my other posts from Bako:

Getting to Bako National Park