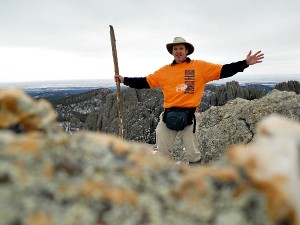 Ladies and Gentlemen come aboard on the big five social media safari. I am Traveling Ted, your adventure travel guide who will bring you safely through the jungles of the internet and social media and explain all the major sharing sites in metaphor.

The big five in Africa relates to the five most dangerous animals to hunt. They consist of the lion, leopard, elephant, rhino, and the Cape buffalo. The big five is more often referenced by people hunting the five animals with a camera instead of a gun and used as a marketing ploy by safari tour operators instead of big game hunters.

I can guarantee you will see not only all of the big five, no missing elusive leopards here, but we will take a detour and explore some of the animals, I mean social media sites, outside the big five and see what they are all about. The insights are from a travel blogger perspective and geared towards this audience, but anyone I hope can learn a bit on this guided trip or a t least be slightly amused.

First of all, a big shout out to my awesome team of African travel photographers

Erin from the World Wanderer

Raúl from I live to Travel 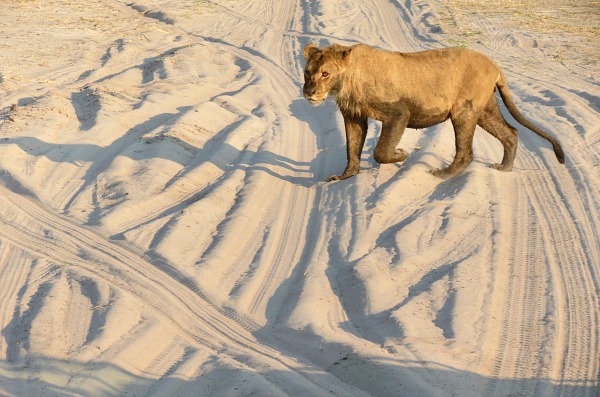 “In the jungle the mighty jungle, the lion tweets tonight.” Well, not exactly, but twitter is the king of the social media jungle especially for travel bloggers. It has many uses and can roar and give you traffic to your website, help you build an audience, interact with your audience and other bloggers, find tips on travel destinations, and share great content.  I wrote a post solely on twitter tips that can be found here. 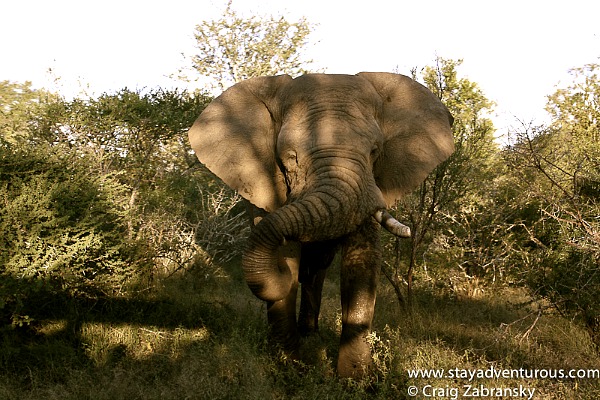 Just about everyone has a Facebook account, so it has to be the largest of the social media giants. Open up a fan page and start posting to amass followers. Posting pictures is the best way to reach your audience, but you can use Facebook to post links to your website, ask questions to your followers to encourage discussion and interaction, run giveaways, and post updates on where you are and where you are going. 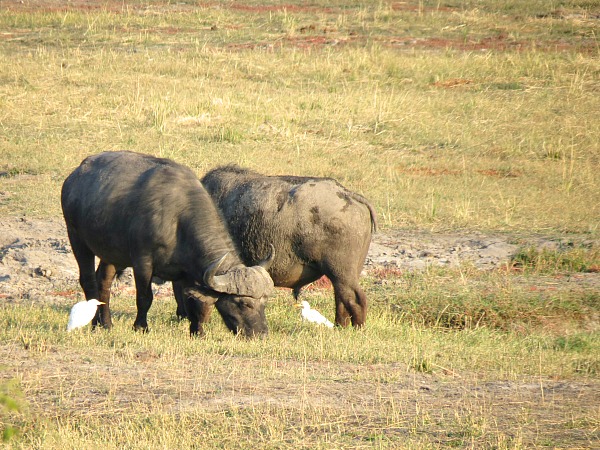 Cape buffalo – Photo courtesy of Erin from the World Wanderer

Google + The Cape Buffalo of the social media world

Just like I have not completely figured out why the Cape buffalo is on the list, I am not quite sure why Google + is on the list. The giant search engine rolled this out in order to compete with Facebook, but it never entirely caught on, but it cannot be denied either. There is no doubt though that the Cape buffalo is bad ass (see the below video and see for yourself), just like there is no denying the enormity of google.

Word on the Social Media street is sharing your links here can give you SEO juice, but just like Google’s overall algorithm, cannot be confirmed or denied. Besides this element, Google has many similarities to Facebook with hangout and group options and posting pictures and links.

StumbleUpon – The Rhino of the social media world

The rhino is the most powerful and endangered of the big five. Along with the leopard, it is often the one most people do not capture when on an African safari. Sometimes you get lucky and see a rhino or two, and sometimes you are shut out. This is similar to success on stumbleUpon, which is equally unpredictable. Your best post can garner one view and your most mundane could go mini viral.

Users visit StumbleUpon and hit the stumble button and get random websites depending on their preferences. Their stumble could be your site or it could be any random site. Sites that are thumbed up or commented on supposedly get more views. 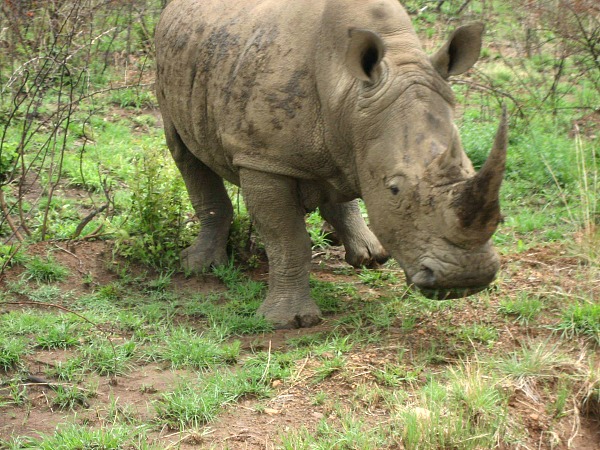 My favorite part of the StumbleUpon experience was the su.pr link shortener, which allowed users to post on StumbleUpon, Facebook, and twitter at the same time. The link shortener su.pr is now extinct, which could sadly be the future of the rhino if poaching for their horn is not kept under control.

Quick and elusive, Instagram can pounce and share a photo and distribute it all over the social media jungle faster than a leopard jumps out of a tree and pounces on prey. The Instagram icon even looks a bit like a leopard with a tan colored back ground and a black dot in the middle. 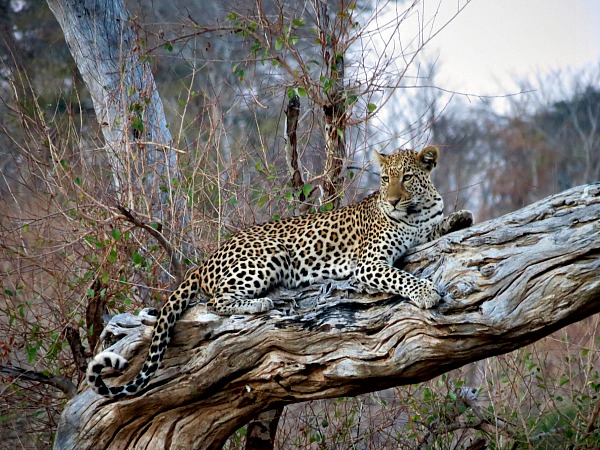 Instagram is great for instantly sharing photos through the iphone app that can feed into other social media networks like Facebook and Twitter. You can start amassing likes on your travel pictures and make your friends jealous even before one blog post is up.

You Tube – The tiger of the social media world 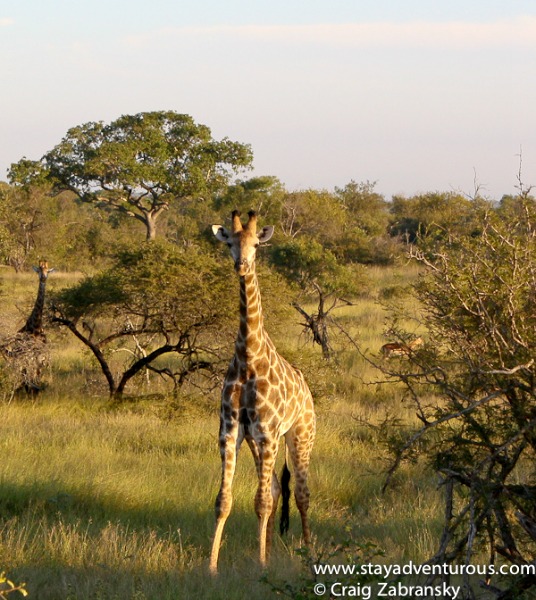 A giraffe in the African bus – Photo courtesy of Stay Adventurous

Just like the giraffe is outside the big five, so is the beautiful and sleek cheetah. Just like the cheetah maybe the prettiest animal in Africa, Pinterest is the most catchy social media site with categorized picture pins. It sped to the top of the social media world flying at 60 m.ph., but its popularity has cooled a bit with the advent of Instagram. Like Google + though it is still lurking in the background and has potential. 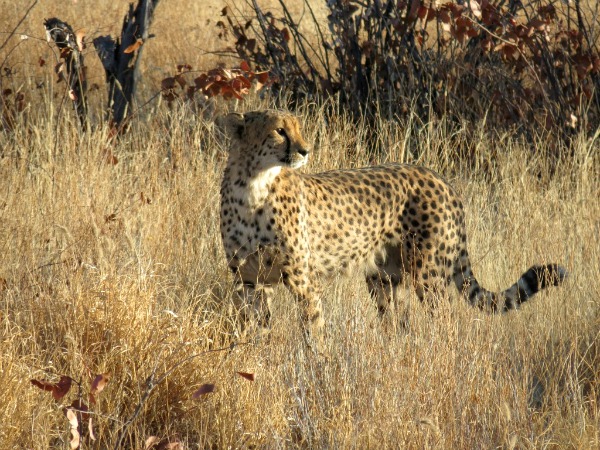 Linkedin – The hippopotamous of the social media world

Linkedin is all about business. It is the top social networking site for the corporate world. It can also be used by non corporate types for sharing and networking, but it is more a business tool.

The hippo is all business too. All it wants to do is hang out in the water and eat vegetation. Intrude on its business and there is hell to pay as the hippo is responsible for more human deaths in Africa than any animal except the crocodile. Don’t mess with the business of a hippo just like you don’t want to mess with someone on Linkedin.

I have never understood the point of a mammal with a duck-billed that can swim.  I have also never understood the reason behind foursquare and the seemingly useless option of calling out wherever you are and becoming mayor. I have yet to dabble in the site, so I should check it out first before comparing it to the odd Australian mammal. Until I do and figure it out, it remains compared to a duck billed platypus. Sorry Foursquare.

Tumblr – the Ostrich of the social media world

Even though the ostrich is a bird and the only avian on this list, it is too big to be denied. Tumblr too is too big to be denied with over 130 million users according to Wikipedia. It is a hipper substitute for a WordPress blog with sharing and following attributes that put it in the social media sphere. I am not on Tumblr, so that is about all I have to say about it.

Digg and Myspace – The T-Rex of the social media world

It is hard to keep up with the rise and falls of websites in the social media world. Once king and on top of the world, some sites cannot adapt to change and find themselves irrelevant, ignored, and even extinct. 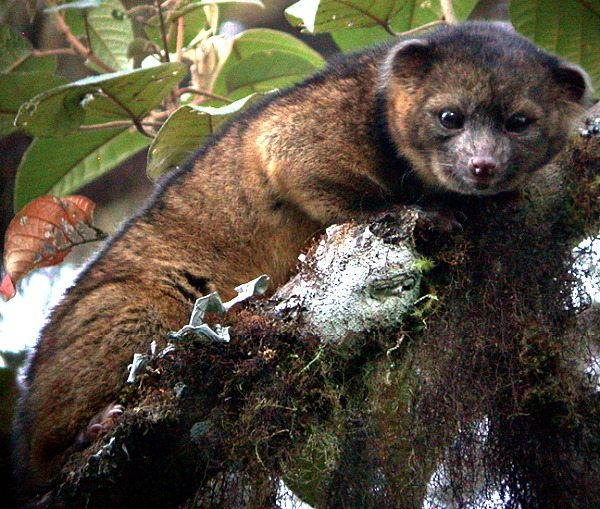 Olinguito – The newest member of the animal kingdom to be officially recognized by science – What will be the next new social media site? – Wikimedia Creative Commons

? – the Olinguito of the social media world

A new animal discovered lurking in the cloud forests of the Andes is big news around the world. What social media site is growing in some entrepreneur’s mind and is waiting to be the next big thing? Only time will tell what will be the olinguito of social media..

If you were clueless to social media and were looking to this post to clarify, you probably are more confused now than before. Here are a few social media tips to make up for it: