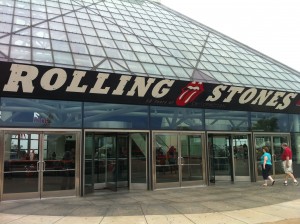 The Rolling Stones Exhibit is the hot draw to Cleveland and the Rock and Roll Hall of Fame Museum. The Special exhibit takes up the top three floors. I recommend that you start there and after you have had your fill of Mick, Keith, Charlie, Bill, and the rest, check out the rest of the museum either starting at the first floor or continuing down. 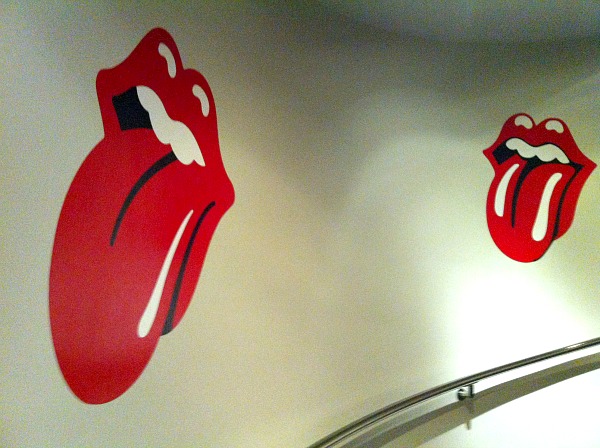 The exhibit features more Rolling Stone artifacts as well as concert video and biography films.  I am not a huge Rolling Stones fan, so I spent most of my time in the first three floors, but I do recommend checking it out. The Stones are such a force in rock music, it would be like going to Cooperstown and skipping the Babe Ruth exhibit. 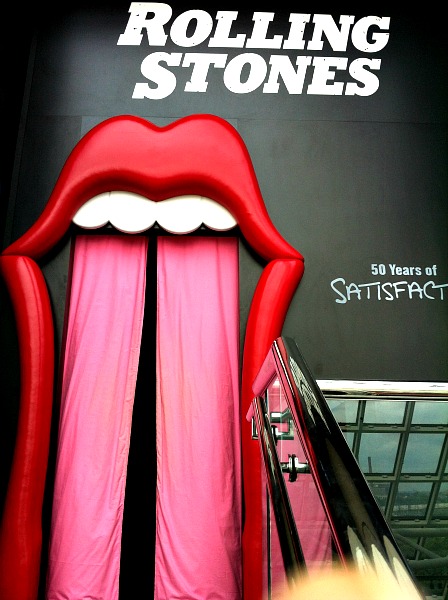 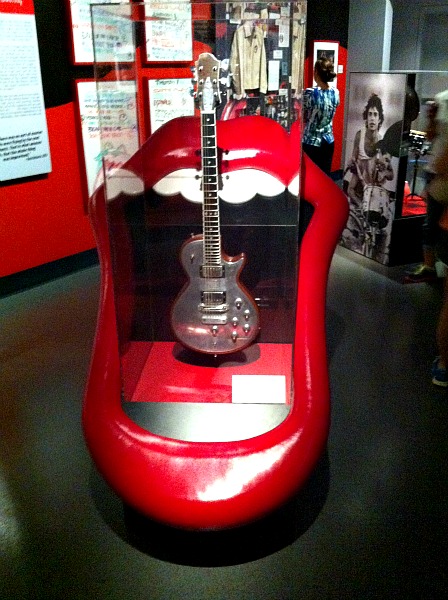 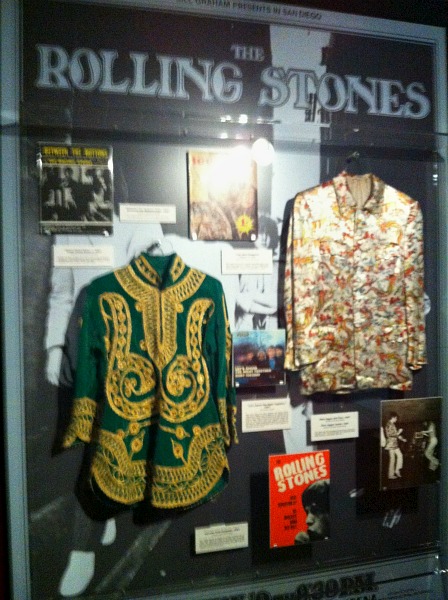 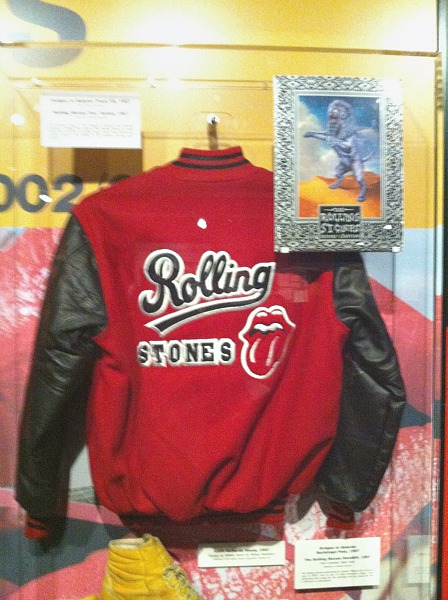 The first floor of the museum is comprised of early influences. There is a wall of pictures of people like Bill Monroe, Robert Johnson, Billie Holliday, and Hank Williams to name just a few.  What I really enjoyed is they had headsets, and they had several complete songs from these legendary long gone precursors to rock and roll that you could choose from. I sat for 20 minutes here while the masses surged around me listening to Elmore James, Billie Holiday, and the Orioles. Not everyday you can tap into such rare music. 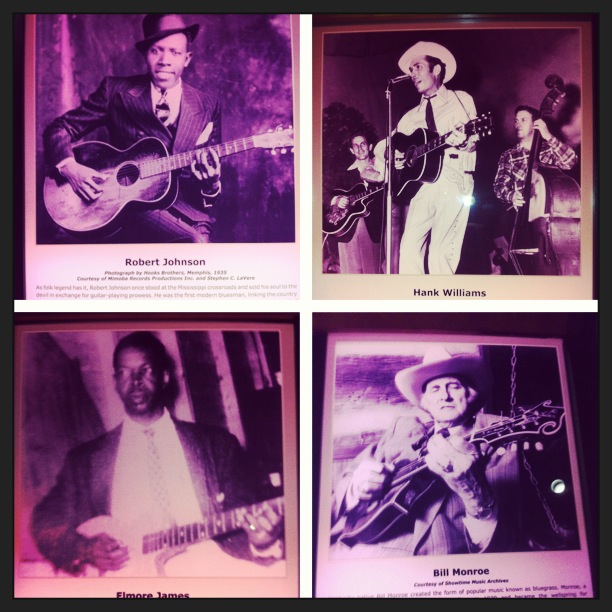 A collage of early rock and roll influences 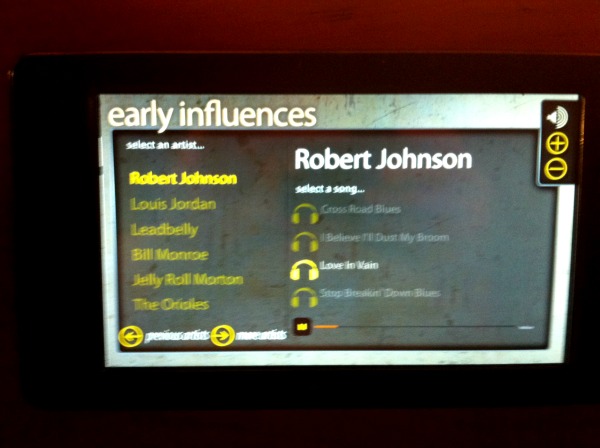 Here is me playing a little Robert Johnson – You better come in my kitchen, because its got to be raining outside 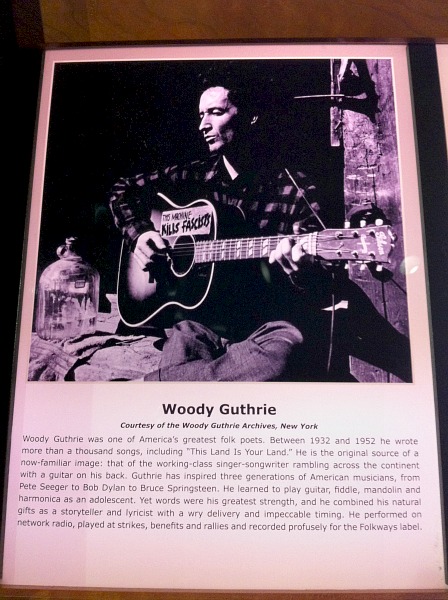 Shortly after the early influences exhibit, you walk into the King’s room. A concert Elvis’ glittery days replays in front of a Cadillac he once bought. According to the note on the car, Elvis bought a bunch of Cadillacs including one for a lady window shopping. You have to love a generous king. 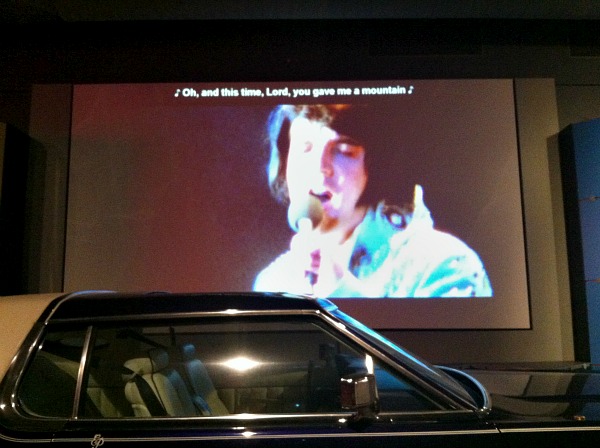 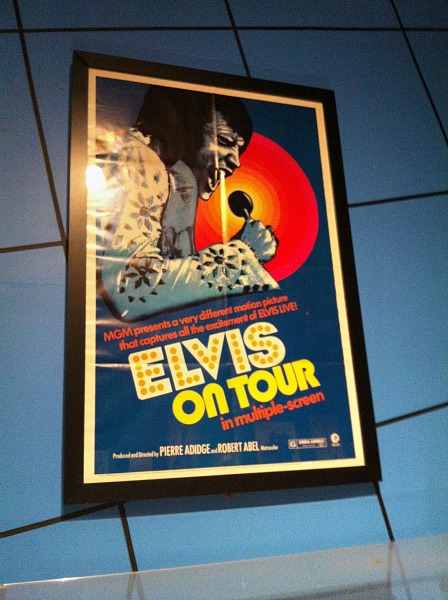 After the Elvis museum, it seemed the museum was one set of artifacts after another in no particular order. You had the Beatles, the Eagles, Fleetwood Mac, the Band, Genesis, and the list goes on. Lance from Trips by Lance was underwhelmed by the museum on his trip. He criticized that they did not have something that recognizes all the inductees.

After the early influences and Elvis, I did not think there was much order to the rest of the floors. They did have some special exhibits from each city that was kind of cool, but the rest of the first three floors just seemed to be a random gathering of artifacts. Of course they were cool artifacts from rock greats, so it was not a bad thing, I just agree with Lance that the museum could be better organized. 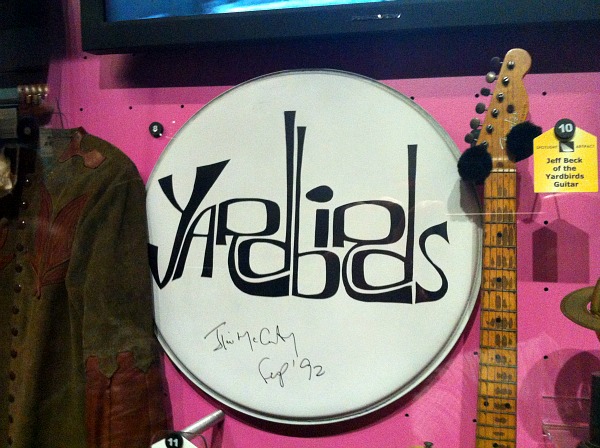 The Yardbirds – I’ve got a heart full of soul 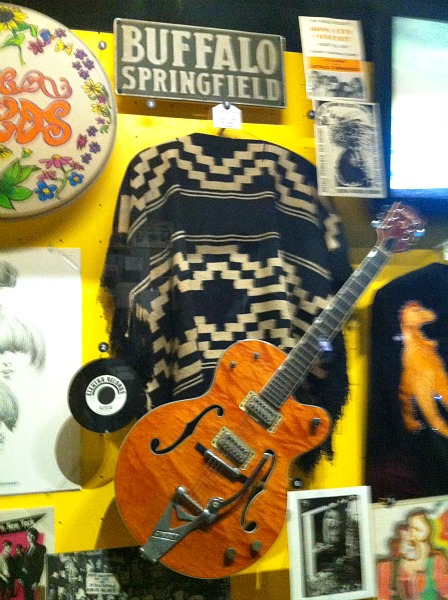 Guitar and outfit worn by Stephen Stills from Buffalo Springfield and later Crosby, Stills, and Nash 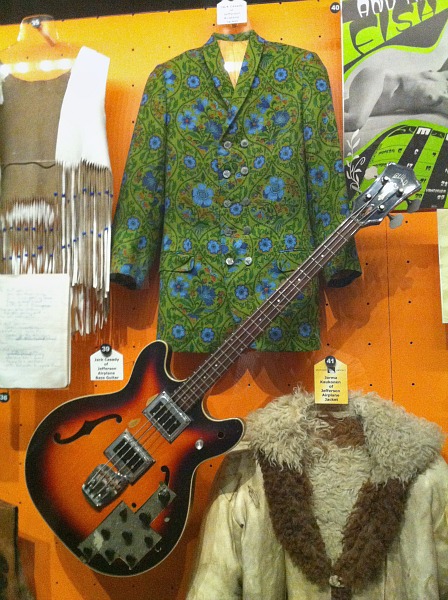 Bass and outfit worn by Jack Casady from the Jefferson Airplane 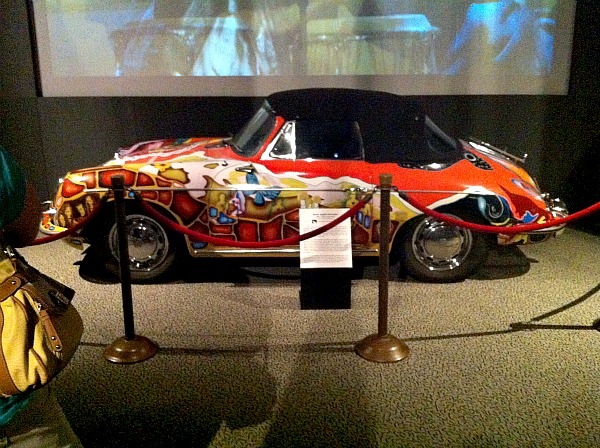 Janis Joplin’s Porshe – What happened to the Mercedes Benz 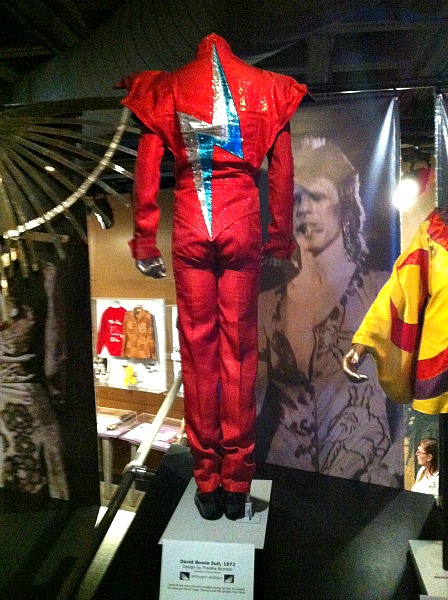 David Bowie Exhibit – There’s a Starman waiting in the sky 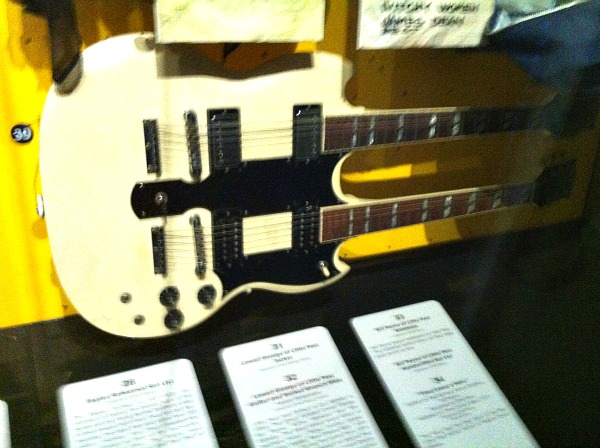 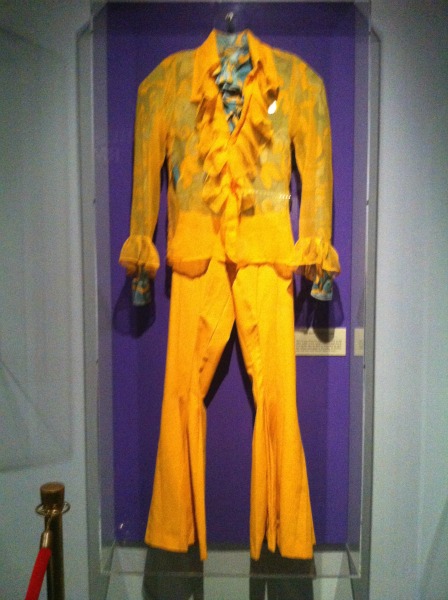 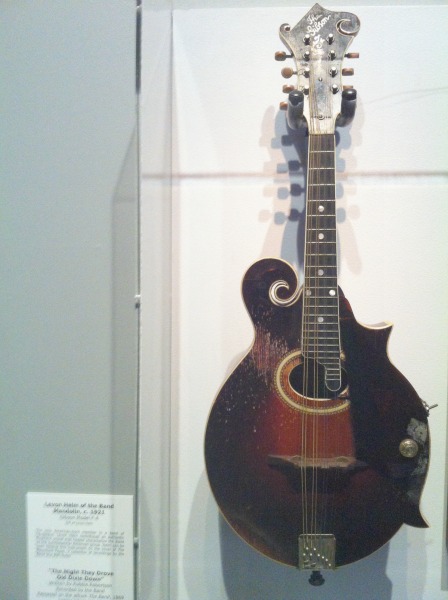 Although primarily known as a drummer, the recently departed Levon Helm could play a beautiful mandolin 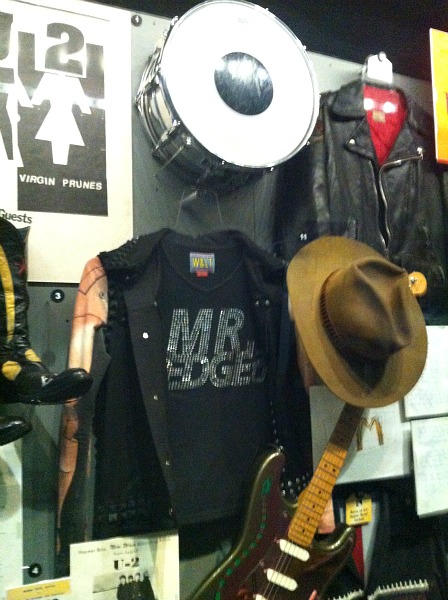 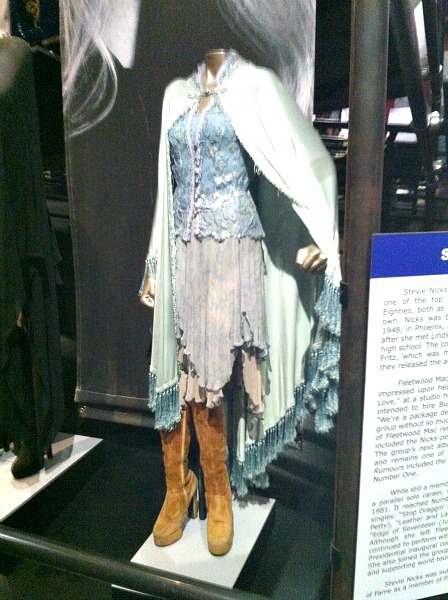 Outfit once worn by Stevie Nicks

Admission to the museum is $22.00 and $18.00 for greater Cleveland area residents.  Museum hours:

My stay in Cleveland was partially sponsored by Positively Cleveland, however, the photos, opinions, and love of music are purely my own.

Traveling Ted newsletter
Your information will *never* be shared or sold to a 3rd party.
3 shares