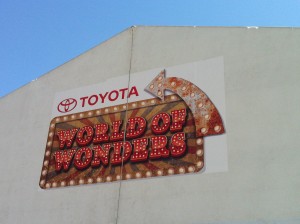 The Toyota World of Wonders Tent at Stagecoach

Stagecoach Music Festival offers more than just great country music. Thanks to Toyota’s world of wonders tent, you can find a unique adventure with the Toyota drive center. They have a mock off road course set up, and you can test out your choice of Toyota four wheeled trucks. Sometimes on the way to an outdoor adventure, it is essential to have a car that can handle those backcountry gravel roads and one that you feel comfortable driving.

To sign up all you had to do is provide a valid driver’s license and prove you were sober. I was asked if I had been drinking, and I said I wish I had, but had abstained so far. After we signed up, we walked around a narrow corridor till we came to the four wheel test drive course. 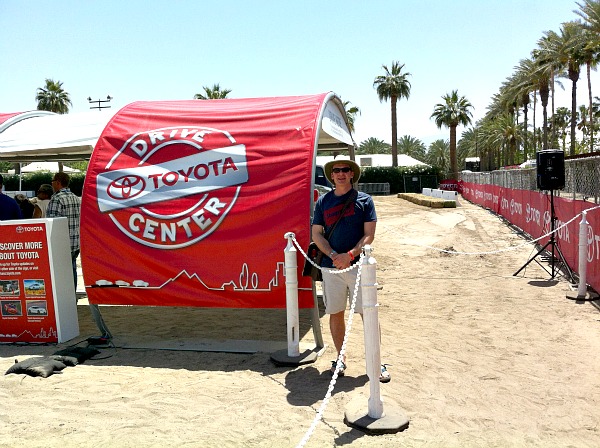 Getting ready to enter the drive center

I was asked what car I wanted to test. Since we were here to reveal the 2014 Forerunner, the question was a no-brainer. Craig sat in the car with me and guided me along the 132,000 square foot off road course. 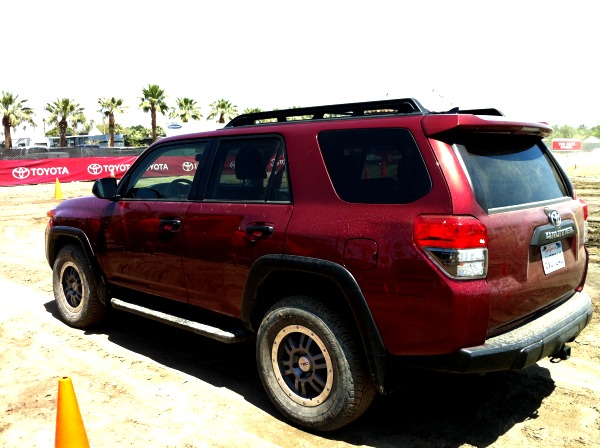 My ride for the four wheel course

He instructed me to drive up the edge of a ramp that looked like the start of some sort of truck bungee jump. He told me to stop at the edge. Instead of flying off like Evil Kneival, when I stopped the ramp magically flipped allowing us to driver forward back to sweet mother earth. This section of the course was called the seesaw 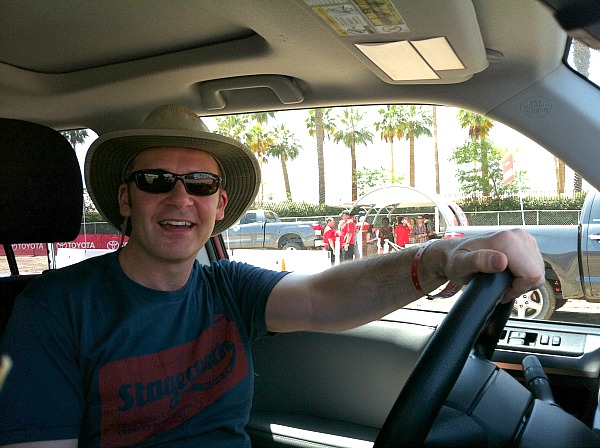 We then hit a crater field that looked like a Chicago street after a snow storm with potholes that could make a smaller car disappear. Wooh nelly cried Craig as I took this stretch a little fast thinking I was driving to work in Chicago. We bounced violently for a second until I figured reigned in the wild steed allowing a more comfortable experience through the minefield. 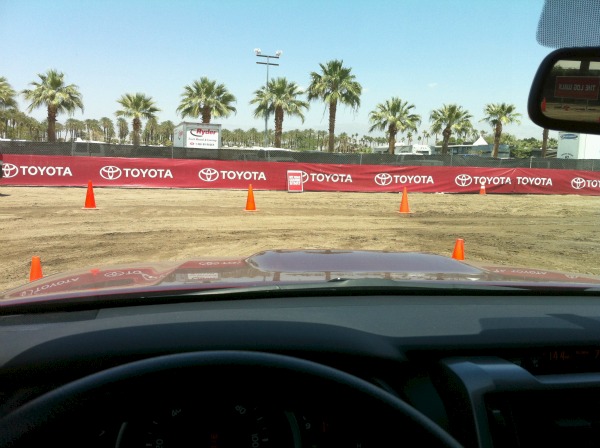 View out of the Toyota 4Runner

We then hit some other fun obstacles like the mud pit and the pipeline until we came full circle back to the start. I was told I could drive another vehicle if  I wanted to, but I had more important test drives to manipulate. I needed to test out the barley and hops and to hear some music, so one ride was enough for me. 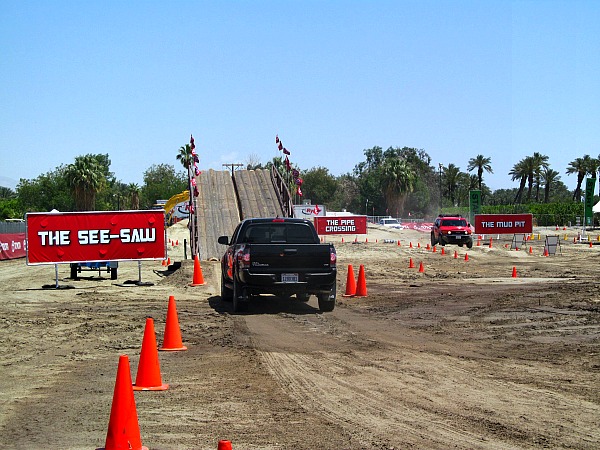 A Toyota about to climb the swinging seesaw

These types of gimmicks are usually not my style. I normally rule them out after the first beer stand is passed; however, it was a fun adrenaline rush, and I am glad I was sober as a judge at least as long as it took to drive the Toyota four wheel course. At the end of the drive, we had the chance to complete a survey where you could request a call or information from a Toyota dealer if you fell in love with one of the trucks. In the comments section, I suggested they set up a beer stand at the end to reward the drivers on a job well done because it was Miller time. 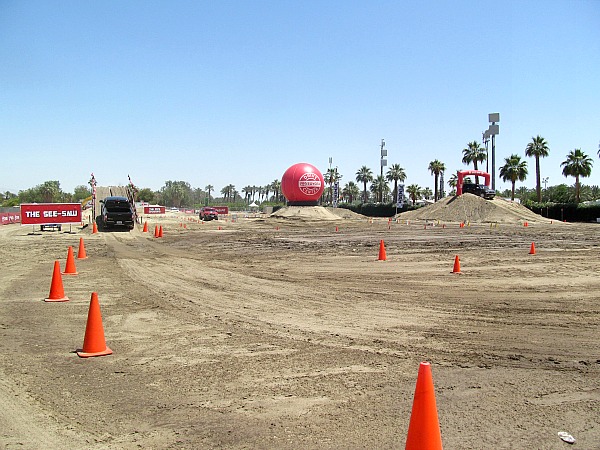 A picture of the whole course

If you have the will power to fend off  the beer stands, then check out the Toyota course at Stagecoach. There will be plenty of time for beer the rest of the day. Come early as the line will grow as the crowds swell. I was informed the Toyota course is also set up in selected auto shows including my hometown one in Chicago.

This trip to the Stagecoach Music Festival has been sponsored by Toyota, but the words, pictures, and experience are my own.