Where does the Wisconsin River start? Lac Vieux Desert 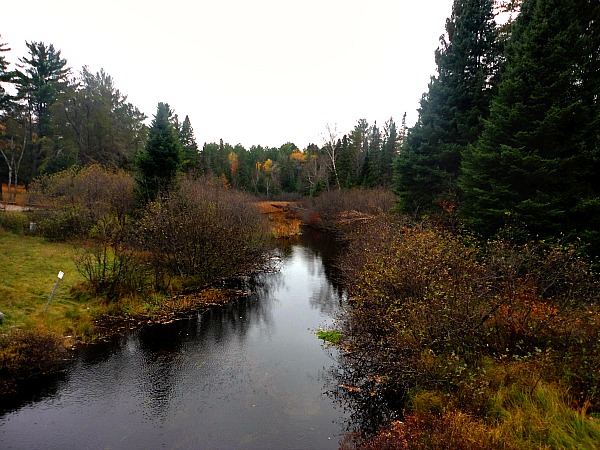 On the path to find where does the Wisconsin River start

This was just south of the little town of Land O’ Lakes in extreme northern Wisconsin near Eagle River. It was 4:30 in the morning, and it was freaking cold, so it was not the time to check it out. I made a mental note to return on the way back.

The mental note turned into reality and was checked, and I stopped at the bridge and the historical marker and took a few pictures before I was on my way home south. I noticed on the historical marker that the actual headwaters is located at a lake just a couple miles away called Lac Vieux Desert. Translated in French means the old desert lake. 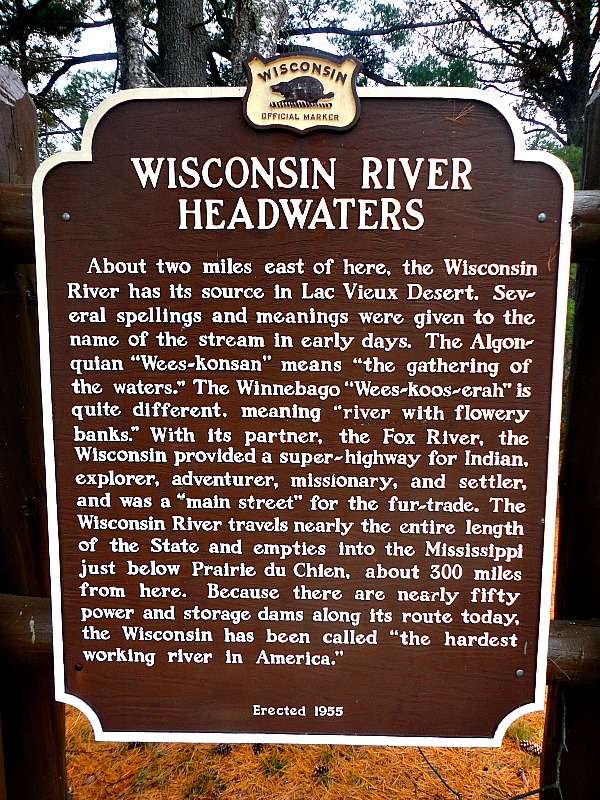 Scouting where does the Wisconsin River start 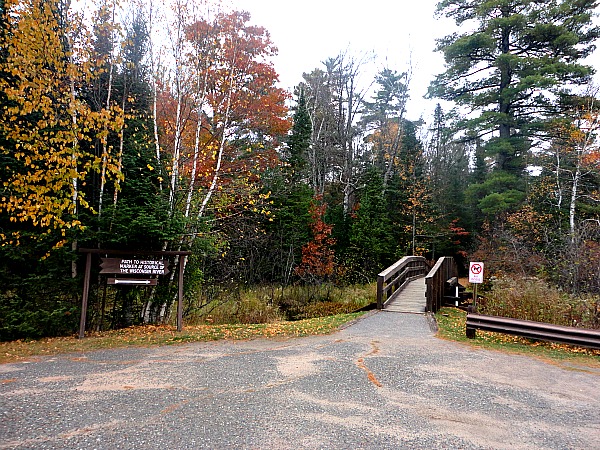 Trail and parking lot to the headwaters of the Wisconsin River

I parked and walked to a little park right along Lac Vieux Desert. Past the sign there is a trail that continues to the actual inlet where the mighty Wisconsin River begins. I crashed through the brush and followed the trail to the end. 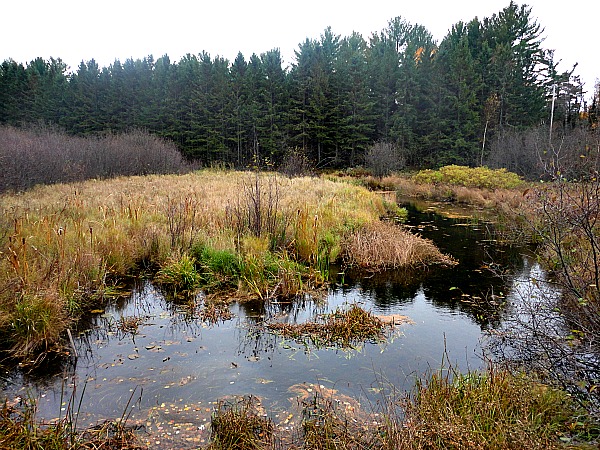 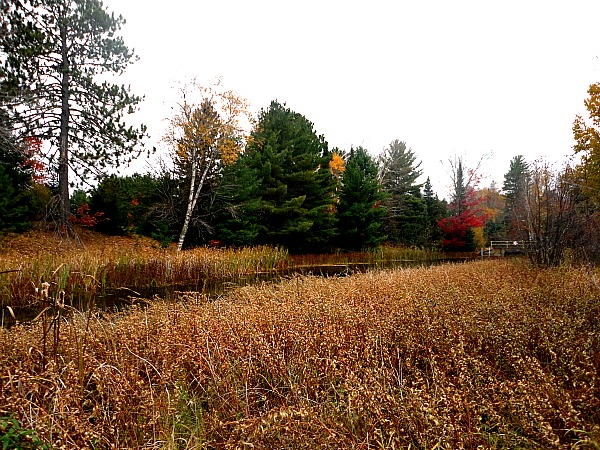 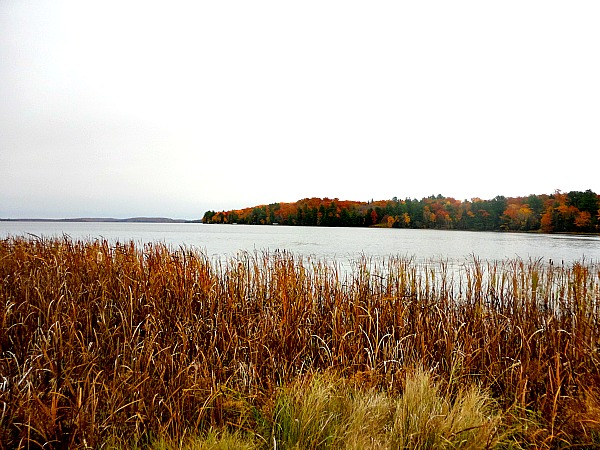 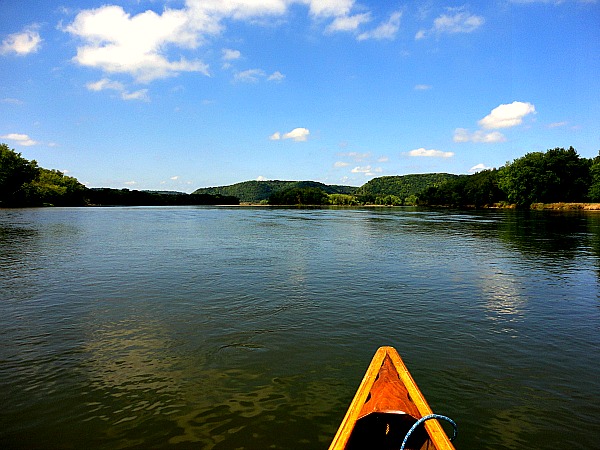 What a difference this small stream was compared to my canoeing experience on the beautiful free flowing Lower Wisconsin River Valley, which lies 330 miles away as the river flows south from where I was now. I am sure it is a similar feeling to those that visit the headwaters of the Mississippi in Minnesota where you can cross the river in a few steps.

The only other section of the river I have canoed besides the lower area has been the Wisconsin Dells section. I have also fished the river at Nekoosa near Wisconsin Rapids and Stevens Point in central Wisconsin. This was during the Walleye Days festival in April. Other than that, I have yet to explore the rest of the river.

I would love to check out one of the northern sections sometime or even Lake Wisconsin. The Wisconsin River is definitely one of the states and the department of natural resources greatest treasures. Hint, this happened just a year later. See the link at the bottom of the page. 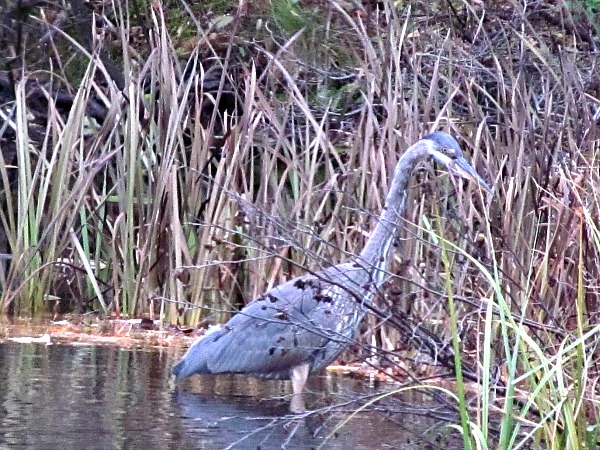 Great blue heron at the headwaters of the Wisconsin River

I am so glad I made this stop. So many times after an adventure, we make a beeline home. It was nice to soak in another experience and do a little hike before returning to my normal life of work and deadlines.

I drove south on 51 through the heart of Wisconsin. I must have crossed the Wisconsin River five maybe even seven times and each time it got a little bigger. It was like watching a child grow before your eyes.

I now have seen the river at its source and its confluence with the Mississippi River at Wyalusing. The end and the beginning are equally beautiful as is the canoeing and fishing experience many places in between.

I feel like I have one up on Marquette and Joliet. The explorers and first non Native Americans who explored the region and came across the Wisconsin Mississippi confluence in 1673. They never saw the source of the Wisconsin River.

Update on where does the Wisconsin River start

A few years after this casual stop over and subsequent reflection, I had to the good fortune to paddle the northern section of the Wisconsin River. We did not start at the headwaters, but very close. I paddled with the Mad Traveler as he was researching for his guide book. You can read this entry below. 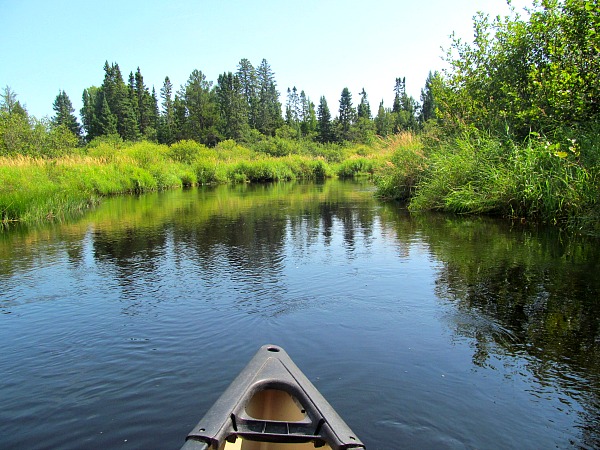 Related: Paddling the headwaters of the Wisconsin River

Have you canoed, fished, or had any other outdoor experience on the Wisconsin River? Let me know in the comment section below.