Nuts in Bastogne, Belgium at the Battle of the Bulge Memorial 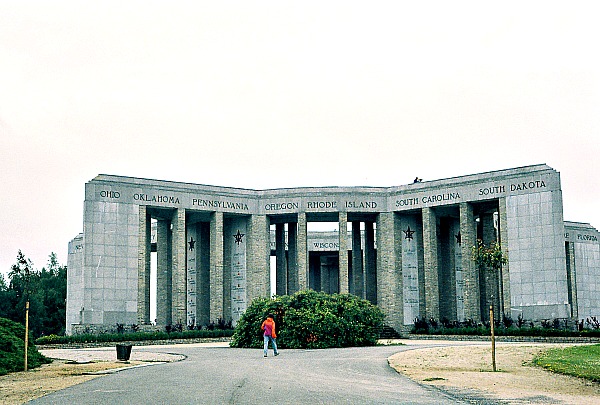 Battle of the Bulge Memorial in Bastogne, Belgium

On December 16, 1944, Germany made their last desperate attack in the west at the Battle of the Bulge. Tank divisions pierced through Allied front line defenses, but they were unable to break out to the sea and completely surround entrapped divisions as they hoped.

In Bastogne, Belgium, elements of the 101st Airborne Division was encircled in this town. Bastogne was a key crossroads in the area and important for German future plans in the attack. Commanding Brigadier General Anthony McAuliffe was approached by the attacking Germans, but he replied to the surrender request with a one word reply: “NUTS.” They were able to hold off until General Patton’s Third Army was able to come on to the scene reinforcing the beleaguered defenders and breaking the encirclement.

Many World War II battlefields are difficult to tour because the scenes of engagement were so huge with tanks ranging sometimes hundreds of miles to engage the enemy. At Bastogne, this memorial and museums can be found for those wanting to learn more about the battle and pay homage to the veterans who fought and thwarted so valiantly Hitler’s last gamble in the west.