Stories have been written and songs have been sung about night swimming, but what about night cross-country skiing. A quick google search finds some advertisements, a few pictures, a blog post or two, but no songs for night skiing. Very little fan fair for a very enjoyable enterprise. 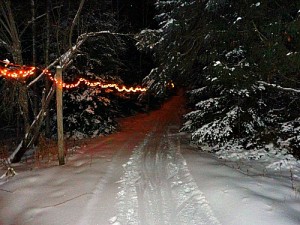 Palmquist Farm in Brantwood, Wisconsin has a beautiful lighted trail. The trail is three-quarters of a mile loop. I found myself singing REM’s night swimming while looping around the trail although I substituted skiing for swimming.

This winter has shown how fleeting the cross-country ski season can be. It seems the temperatures have been stuck in the forties all winter long with only a few cold streaks and snowstorms peppered in between. When it does storm, and snow does make its fickle appearance, it is necessary to ski with reckless abandon as many times as possible before the snow melts into a pool of tears.

Just like a wolf sucks the marrow out of a deer’s bone to get every ounce of sustainment, the skier must do the same during the short ski season. This concept has been called Carpe Skiem and is the online name of the American Birkebeiner magazine.

At the Palmquist Farm, after a wonderful day of skiing and tasty home made ribs made right in the kitchen, most skiers retire to their cabins after some live music and sports on TV. There was another day of skiing ahead. On the other hand, I was not ready to call the day over and retire to the warmth of the fireplace. 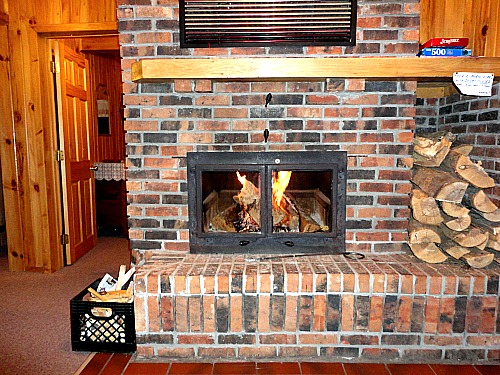 The comfy fire is tempting, but it will still be there after an hour of night cross-country skiing

Most of the times, I would have been out of luck. Thanks to a string of Christmas lights on a Palmquist Farm Trail that is lit all night, I was in business. The trail started gradually going up hill until it hit the highest point in the surrounding area. The trail then plummeted down into the lit darkness turning a corner before coming to a stop. The rest of the trail continued to gain the ground just lost until it returned to the junction where the trail ended with the farm in sight.

I ended up skiing this loop half a dozen times or more before heading back to the cabin after an hour. This was an hour of adventure, fun, and exercise which would not have been possible without the added perk of the lighted trail. 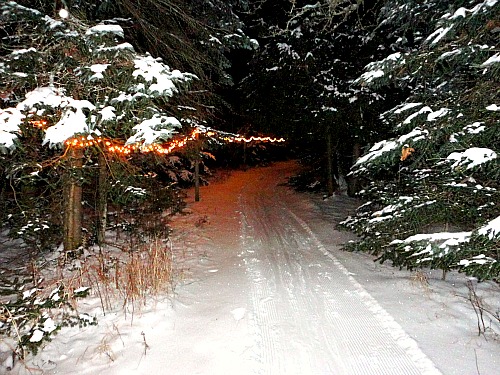 About to descend the hill at Palmquist Farm 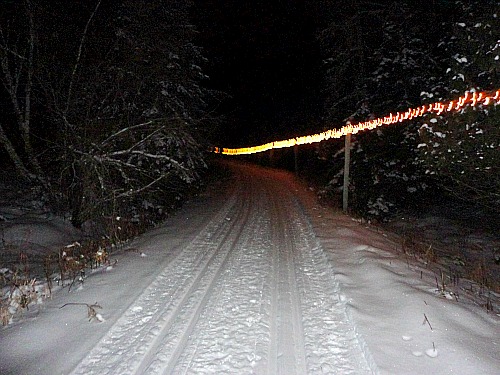 What a beautiful night at Palmquist Farm

Stopping by the woods on a snowy evening

Many benefits await the night skier. You will have the trail to yourself and the night is incredibly peaceful. You will feel like you are a player in a Robert Frost poem. The only sound is the scraping of your skis, the pushing of your poles, and the gasping of your breath. Stop a moment and the Wisconsin night is pure stillness. Look up and check out the amazing bright stars.

Ski around the clock at Palmquist Farm

Hey, I guess there is a song about night skiing. 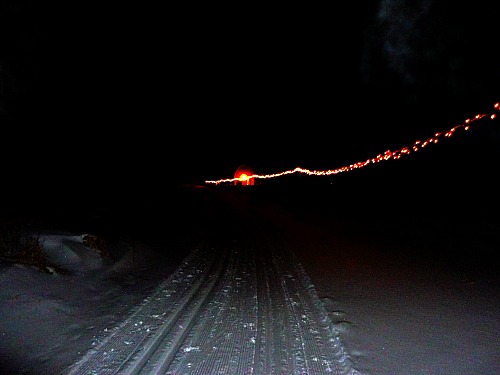 I received a discounted rate at Palmquist Farm. This fact does not impact this post. The opinions, views, and photos are my own.