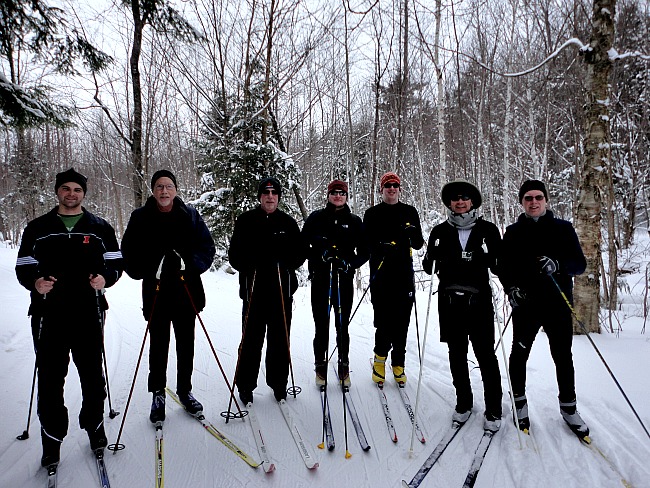 The new Men in Black part IV trailer is out. Coming to a cross-country ski trail near you is the famed septet of cross-country skiers trying to keep the world safe from mayhem. Each one has a secret power and together they are invincible.

From left to right here is the motley crew with their name, nickname, and power:

Kyle the joker Kyle frequently has a smile on his face or is telling a funny story, but behind the laughs he can plot schemes that time and time again save the Men in Black. In the picture below, one of the Men in Black was feeling sad, so he concocted this crazy stunt and the Men in Black were once again in good humor. 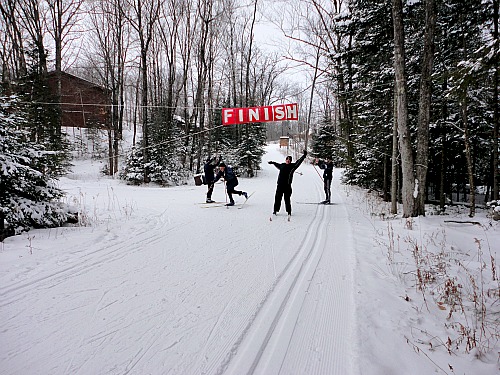 The joker up to his tricks

Lew the quarterback: He is known as the quarterback for two reasons. One, he is a veteran leader of the group and two, he can throw a ski pole with a tight spiral Tom Brady would be proud of. No skier can out run the speed of a whistling ski pole from the quarterback.

Gary the savant Quiet and humble, Gary always has sage advice for the rest of the crew. He is the Gandolf of the group and the rest of the men always comes to Gary first for wisdom. 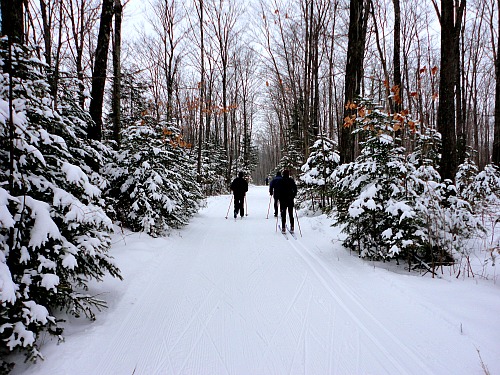 Men in Black ski on

Jason the potion maker Many times during the cold winter other members of the Men in Black complain about sickness and fatigue. That is when the potion maker digs into his little bag of tricks and pulls out some smooth Kentucky whiskey to warm the insides and make it possible to carry on.

Colin the beat master: Every band needs someone to carry the beat and Colin does it with his skis and also by playing the bass. 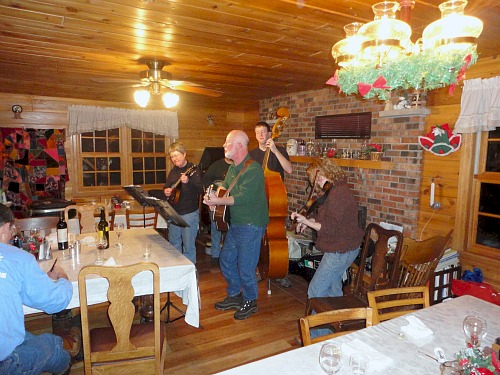 Traveling Ted: Every band of merrymakers needs a historian and a blogger. Follow Traveling Ted as he works out the screenplay for the Men in Black part IV.

Bill The Godfather The adventure starts with the Godfather. Over sausage links, coffee, and pancakes at the Palmquist Farm it is he who tells the Men in Black where they will be skiing on any given day. When the Godfather says “ski” the rest of the Men in Black say “how fast” or “where” or merely “ok.” On this day it was the Rib Lake Ski Trails in northern Wisconsin. 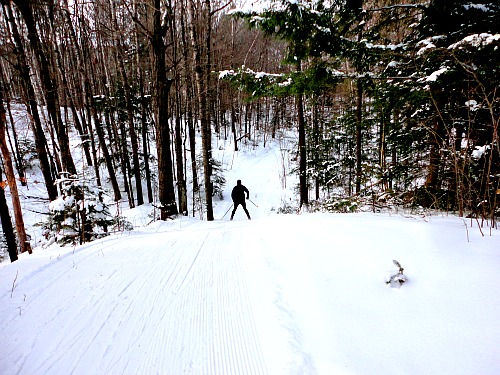 The beauty of cross-country skiing is when you meet a group of other skiers, and this is true for most outdoor enthusiasts, you create a quick bond around cross-country skiing and quickly feel like you have known them for years. I met this group at Palmquist Farm and they kindly invited me to join them. Thanks Men and Black for the invitation and the fun day on the Rib Lake Trails.