Paddling with alligators and crocodiles in Florida 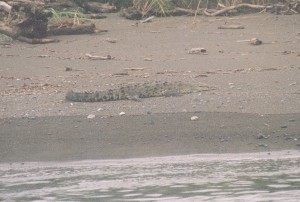 Paddling with alligators and crocodiles

Despite certain rare news reports highlighting unfortunate incidents, I believe the dangers these animals pose far outweigh their reputation. Then I began to reflect on some of my personal experiences and what started as just a photo shifted to an all out post.

Sometimes when traveling the adventure can suddenly head into unexpected channels and turn into something quite different. It is interesting that the same experience can happen when chronicling a trip. This is true with any endeavor.

Difference between alligators and crocodiles

Have you ever wondered what the difference is between an alligator and a crocodile? If you have then check out the photos. There is a close up for each animal taken with a zoom lens. If you happen to get this close to either of these animals in person then this post will help identify which animal is about to kill you. 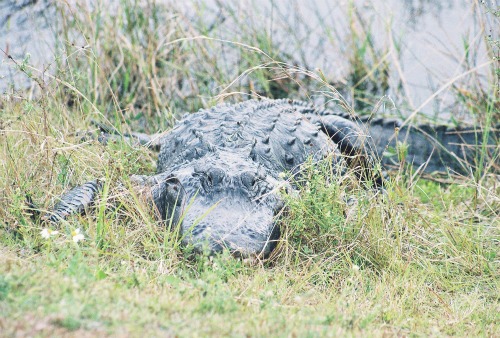 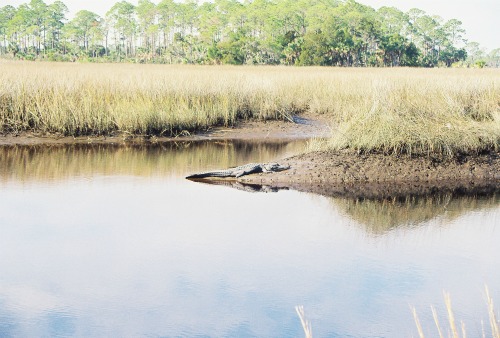 Paddling with alligators – Giant alligator basking in the sun at St. Marck’s Wildlife Refuge in Florida 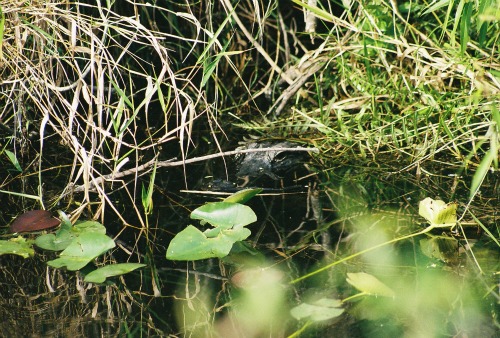 Paddling with alligators – Alligator at Shark Valley in the Everglades

Danger of alligators and crocodiles is overblown

In reality, the danger posed by crocodiles and alligators is overblown. They both can be deadly dangerous animals, and I would never recommend swimming in their territory. If you are in Florida, swim at a pool or a swimming area that is guaranteed to be alligator free.

Analyzing crocodile and alligator attacks in the U.S. and Costa Rica

I read somewhere that there has never been a documented crocodile bite in Florida. Crocodiles are endangered in Florida, so it is not a shocking surprise, but they do exist and are supposed to be formidable hunters, yet never a bite. There have been plenty of alligator attacks in Florida, but even these attacks are few and far between for the amount of people and alligators that co-exist in Florida. 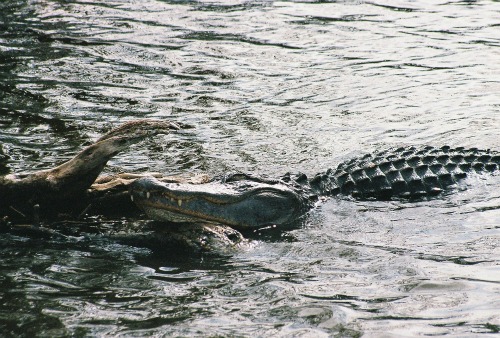 Paddling with alligators – Alligator at the Anhinga Trail

According to two online sources: the last documented fatal alligator attack in Florida occurred in November of 2007. One of the online sources is a database that gives an account of every attack that occurred in Florida. It makes for some interesting reading.

The last fatal attack happened when a male fleeing police after burglarizing cars jumped into a retention pond near the Miccosukee Resort and Convention Center.  He was killed by a 9 foot alligator. This to me does not speak of the danger of alligators, but that crime does not pay. 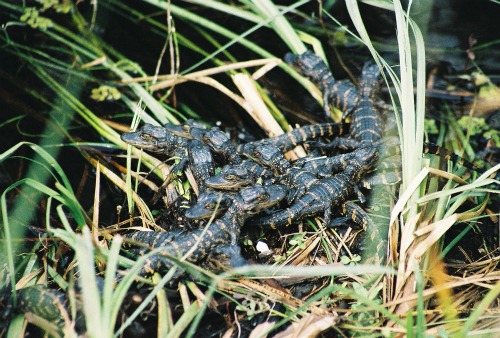 Awww, aren’t they cute – baby alligators at Shark Valley in the Florida Everglades 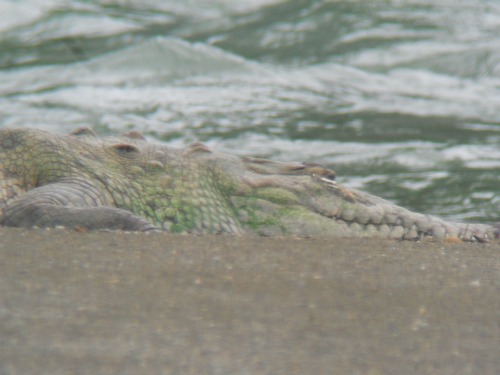 The first time I canoed in the Florida Everglades as a teenager I was petrified at the thought of paddling with alligators. We also had our family dog in one of the canoes. I rationalized this would mean we would be trolling bait for hungry alligators. We canoed from Flamingo through Bear Lake out to the ocean at Cape Sable. Cape Sable is the farthest southern point on mainland Florida excluding the Keys.

One of the lakes we paddled through on this journey was Alligator Lake. They choose a good name for the lake. Up to this point we had only seen one small gator, but as soon as we entered Alligator Lake they were everywhere. There must have been ten alligators swimming or basking on the shoreline.

Instead of freezing in terror as soon as I saw multiple large alligators, the contact with them disarmed my fear. They wanted absolutely nothing to do with us. Every time we paddled close to them, and we never did this on purpose, they submerged and swam away. They acted like giant turtles. 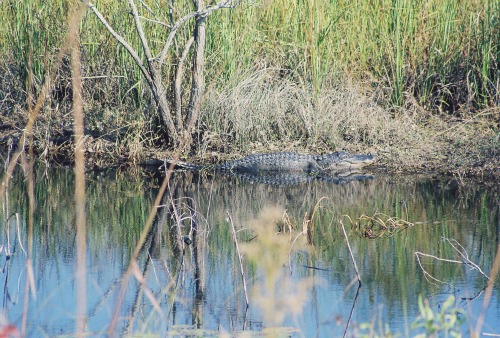 My dad was in the lead canoe, and he caused a ten foot gator to submerge in front of him. Thinking the coast was clear he rose to the surface just as my mom and I in the second canoe came on the scene. He rose up feet in front of our boat and when he saw us he immediately went underwater again creating a huge splash. It scared the hell out of us, but in retrospect, the giant beast was doing everything he could to avoid us. Do not be afraid to canoe the Florida Everglades. Paddling with alligators is thrilling and safe.

This post is limited to alligators and crocodiles in the western hemisphere. I read an account of an adventurer who was plucked out of his kayak last year on a river in the Congo by a 15 foot crocodile. I do not think I will be paddling any African Rivers in the near future. Read the amazing account of this encounter on Outside Magazine. It is worth the 20 minutes it takes to read.