In search of a zarpe adventure in Quepos, Costa Rica 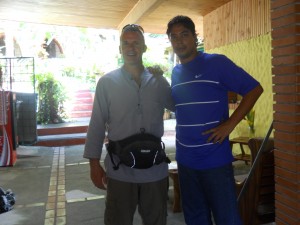 Checking in at the hotel Vela Bar in the village of Manuel Antonio in Costa Rica, the fellow checking me in asked what I was doing in Costa Rica alone. I replied something about my blog and adventure.

He asked if I liked to drink beer. I replied in the affirmative, and he told me to meet him at 8pm sharp out front of the hotel. He said we would check out the bars in Quepos.

At 8pm I met my new friend Carlos, and we headed to Quepos. Quepos is about 10 kilometers from Manuel Antonio. There is a bus for $1.00 that goes back and forth every half hour until 10:30pm. We picked up the bus by the ocean and were soon in the interesting town of Quepos.

It was a Monday night in the rainy season, so not a lot was going on, but this did not matter as it was enjoyable to have a drinking partner after several days alone in the Corcovado jungle. 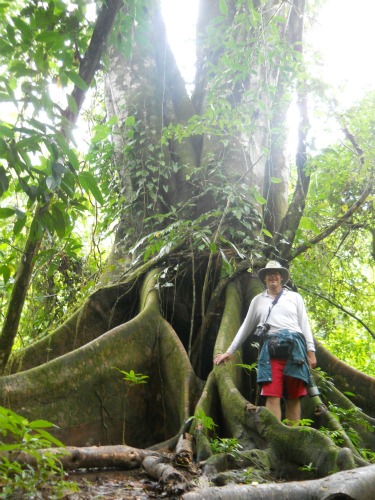 After spending three days here I was ready for the zarpe

We soon found we had similar tastes in music. Carlos was a huge classic rock fan, so we discussed the awesomeness of Pink Floyd and Queen. In between, more beers were consumed and a few games of pool.

Carlos spoke absolutely perfect English, so this was not an opportunity for me to improve my horrible Spanish. However, I was introduced to a new word: a word that has become one of my favorites.

As we played game after game of pool at a bar that was obviously trying to close, we were the only ones left, Carlos asked me if I was familiar with the term “zarpe.” I told him I was not. Actually, I was quite familiar with it, but I just had never called it zarpe (pronounced zar-pay).

He said the zarpe is the next party. He informed me in Costa Rica when a party is ending or a bar is closing someone will ask where the zarpe is. This means the next bar or party. When the zarpe is found the party resumes until that bar or party closes. Then, the question will pop up again from liver pained partyers still not wanting to call it a night. Sometimes the zarpe never ends.

Every language, culture, country has certain words that do not translate exactly to other languages. Zarpe does not translate into English. Having a 500 word post dedicated to explaining it is testament of this fact.

English expressions do not compare

In Chicago we have some bars that close at midnight, others at 2am, and certain ones closing at 4am. At a 2am bar, revelers might ask other bar patrons “hey, do you want to go to a 4am bar?” At 2am at a bar it can be difficult to form cohesive words to form a sentence. In Costa Rica, you can avoid this pitfall and just lean over to friends and say one word: “zarpe?”

This term needs to be introduced into the English language. Other similar terms could follow. For instance, the verb from: to zarpe or zarping. A person who has zarped too much could be zarpefied. A person afflicted with too much zarping could be a zarper.

I had only been introduced to the word a mere hour earlier, but I was already a practiced hand. After the bar with the pool closed we hit another bar. They soon began piling up chairs and sweeping between our feet. “Carlos, where is the zarpe (it was only 11pm, so I still had the gift of forming sentences),” I asked. He smiled and motioned for me to follow. we left for another bar.

Soon, all the bars were closed, and I grabbed a taxi to my hotel. It was well past the 10:30pm cut off for the buses. Too bad the zarpe does not apply to where is the next cheap mode of transportation. After paying the taxi driver 7 times the amount for the $1.00 bus, I grabbed a beer I had bought earlier in the day from the hotel fridge. I sat outside and listened to the nearby jungle  make sounds not wanting the zarpe to end.

If you are in a Costa Rica bar near closing time, try the word out and see how it works. Or maybe you can visit the Hotel Vela Bar in Manuel Antonio to get a lesson on the zarpe from my good friend Carlos. It is always recommended to have a guide for your first visit.