From the ashes of Hiroshima rises a peaceful Japan

On August 6, 1945 and August 9, 1945 Japan was hit with two nuclear bombs at Hiroshima and Nagasaki and surrendered on August 15, 1945 ending World War II and ending an unfortunate period in Japanese and world history. The country was in complete ruin and chaos, but incredibly they rose out of the ashes of their defeat to become an economic and technological powerhouse. They also transformed into a country devoted to peace.

In 1945 there had to be a lot of uncertainty how Japan would rebound from World War II. The only precedent for a modern country reacting from surrender was Germany in 1918 and that had not turned out well. Fortunately, the Allies learned from their mistakes in the Versailles Treaty and set out to rebuild the vanquished nations instead of making them pay and having to suffer even more.

Without the need to support a military the Japanese economy rebounded in startling fashion. They also have turned into a nation of peace crusaders. Having seen firsthand the awful repercussions of its militaristic period they vow that they will peacefully take their spot in nations of the world.

One does not have to go far to find proof that Japan is now a peaceful country. If you travel to Japan just take a picture with any Japanese person. 90 percent of them will invariably flash the peace sign. 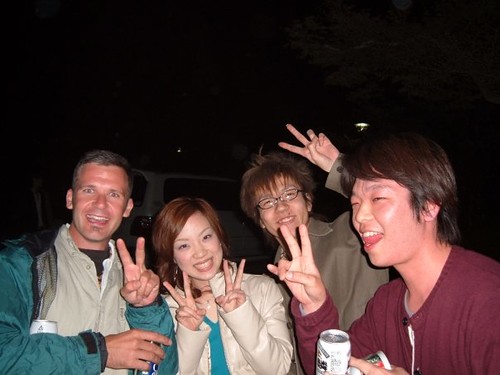 This fact struck me again when watching a video of still pictures from the American teacher Taylor Anderson that was tragically killed by the tsunami on March 11. CNN interviewed her parents and in the background they posted pictures of her with her Japanese friends and students. In just about every picture she was accompanied by a someone showing the peace sign. 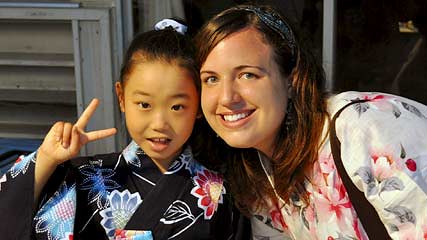 In fact, they even established a Peace Constitutions shortly after World War II. The document begins:

“We, the Japanese people, acting through our duly elected representatives in the National Diet, determined that we shall secure for ourselves and our posterity the fruits of peaceful cooperation with all nations and the blessings of liberty throughout this land, and resolved that never again shall we be visited with the horrors of war through the action of government, do proclaim that sovereign power resides with the people and do firmly establish this Constitution.”

Further down it states:

“We recognize that all peoples of the world have the right to live in peace, free from fear and want.”

A visit to the Hiroshima Memorial Museum is further proof of the desire for peace in this country. For those that have an interest in history or World War II this museum is a must. I have been to the Normandy beach museums, the museum in Bastogne (home of the Battle of the Bulge), Auschwitz, and the Imperial War Museum in London, but this is the best World War II and history museum that I have visited.

This is a third part in a series on blogging for Japan. The next entry tomorrow will continue the peace trend and investigate a visit to Hiroshima, the Peace Museum, and the Peace Park.

The devastating tsunami that hit Japan on March 11 would be a tragic occurrence in any country, but the fact that it struck such a gentle, reserved, stoical, docile people makes it even worse.  Please consider a donation to the cause through either the Red Cross or from one of these Japanese organizations.