Majdanek death camp in Lublin, Poland a grim remembrance of the Holocaust

Majdanek and the NAZI death camps

When people think concentration camps and the Holocaust not many have heard of Majdanek. Majdanek is located in the outskirts of Lublin, Poland.  Auschwitz and Dachau are the first camps that come to mind.  This illustrates the confusion many have about the system that the Nazis set up to pursue their final solution.  Dachua is a concentration camp.

There were over twenty thousand concentration camps across occupied Europe, but there were only 6 death camps or extermination camps.  Millions of Jews and other enemies of the Nazi party died in concentration camps as well, but Chelmno, Treblinka, Sobibor, Majdenak, Auschwitz-Birkenau, and Belzec, all located in Poland, were built for the sole purpose of systematically ridding Europe of the Jewish race. 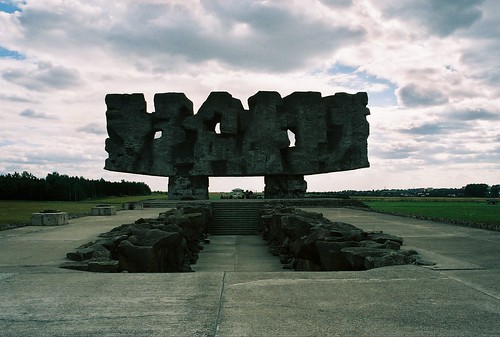 Monument of Struggle and Martyrdom at Majdanek – all photos by author

Majdanek the best preserved of the NAZI death camps

A Polish friend in Chicago had arranged a place for me to stay and a guide in Lublin.  Standing in his living room Pawel, a Polish Jew, asked me why I had come.  It must have seemed curious to him why an American had traveled halfway across the world to sift through the ashes of his ancestors.  It was a question I could not answer.  I had recently finished my master’s in history, but there was more to my journey than a simple interest in the past.  I had read a one page summary in a guide book about Majdanek and Lublin, Poland, and in it the page stated that it was the best preserved death camp.  I decided I must see this place.

Auschwitz was the biggest and most notorious of the camps, but much of the camp had been blown up by the Nazis as the Red Army closed in on it in 1945; whereas, Majdanek had been overcome by the blistering speed of the Soviet attack before self destruction by Nazis had been completed.  Majdanek was the first of the extermination camps liberated by the Allies in July of 1945. 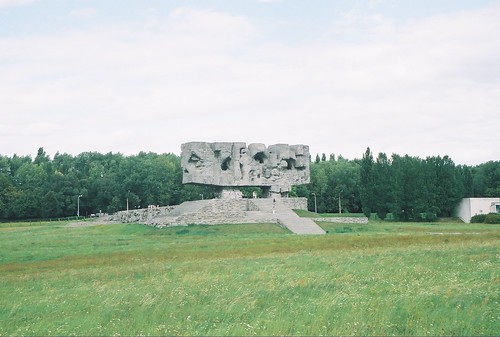 Monument of Struggle and Martyrdom at Majdanek

Pawel gave me directions to the camp, but he refused to accompany me.  I followed his directions, but I had trouble finding the entrance.  I walked up and down the side streets of Lublin lined with attractive middle class dwellings with neat lawns and gardens.  It did not look like a place one would find a grisly reminder of mass executions. 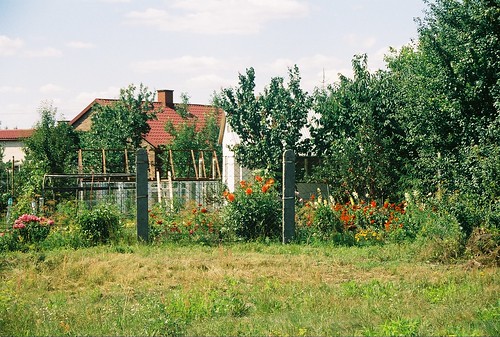 I walked to a dead end, and I saw that a trail continued where the road ended.  I instinctively followed the trail and suddenly I crossed a threshold into 1943.  Spread out before me were rows of barbed wire, watchtowers, barracks, and crematoriums. 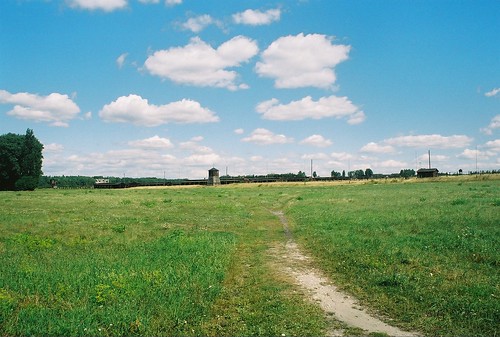 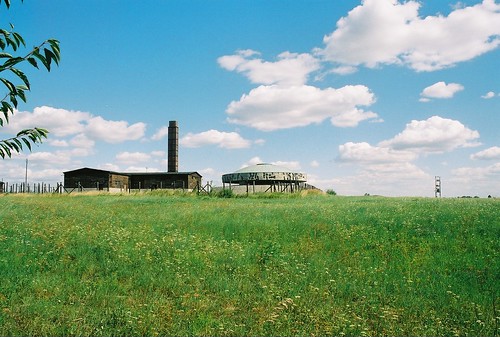 Majdanek death camp – Crematorium chimney next to the mausoleum

Visit to Majdanek is an intense experience

I knew right then why I had come.  Traveling is about understanding as is the study of history.  Together they make a perfect marriage.  As I walked around the death camp I could feel the sad horror of 80,000 lost souls who were murdered at this site only because they born to their parents who were part of a race and religion that was different or an enemy of the Nazi party.  The camp is a shrine for the ultimate consequences of hate and intolerance. 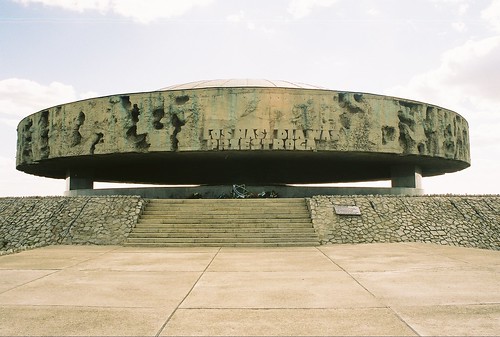 Majdanek mausoleum containing ashes from the victims of Nazi hate

I walked out of the death camp a couple of hours later completely exhausted from the mental fatigue of taking in the horrifying history, sights, and the general depressing aura the place emanated.  Visiting sites like a concentration camp or the Killing Fields in Cambodia are not for everyone, but they should be.  The history of the Holocaust is so awful and unbelievable it is sometimes hard to believe that it ever occurred.  Holocaust deniers play on this notion.  This is why a visit to these places are so important.  It reinforces the reality of the event that no book, no documentary, and no museum can reproduce.  After time spent here one leaves with a desire to become a better more tolerant human being. 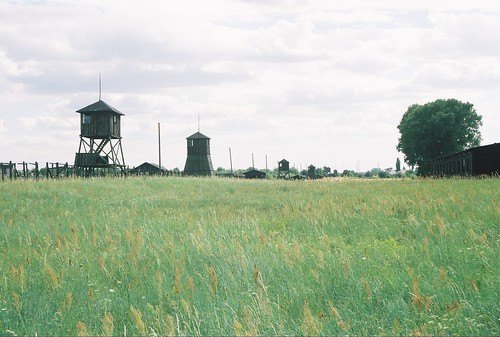 A visit to Majdanek is like stepping back in time

I crossed back over the boundary from 1943 to the present day and the flowers in the neighborhood were in full bloom.  “Never again” is a phrase often reiterated regarding the Holocaust of 1933-1945; nonetheless, since that time we have experienced the Khmer Rouge, Bosnia, Rwanda, and Darfur.  I wish that I could always travel through streets lined with flowers and chirping birds, but sadly the history of mankind is not that simple and to understand it we must sometimes walk over mass graves, gas chambers, and killing fields.

Lublin is a little over 105 miles from Warsaw.  Buses and trains leave regularly.  There are several hostels and guest houses in Lublin to stay at.  The town itself is a great off the beaten track place to visit with many charming restaurants and bars.  You will definitely need a drink after a day visiting Majdanek.