Ski Salt Lake City, Utah and avoid the despair of a Chicago spring

A great way to avoid an ugly Chicago spring is to ski Salt Lake City, Utah. I once read a book by Chicago author Saul Bellow where a key character’s favorite line about our beloved air terminal was “without O’Hare there is only despair.”  On my way to a flight to Salt Lake City from O’Hare I clearly understood what Saul Bellow meant when he had this character utter these words. 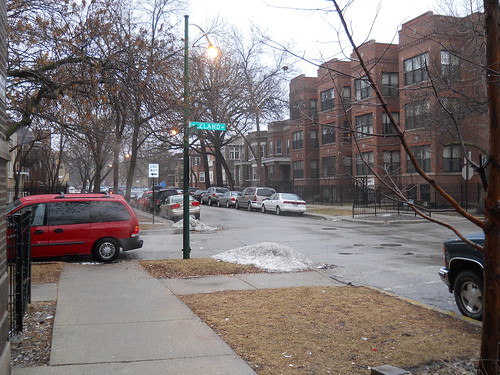 Chicago can be miserable in March and April

Chicago is one of the greatest cities in the nation and in the world in my opinion, so it is difficult to say that despair can be found by staying here, but with the melt of the Great Chicago Blizzard of 2011 those that love to adventure travel are in despair.  Or at least I am as I wait for a bus underneath freezing rain and grey dark skies. 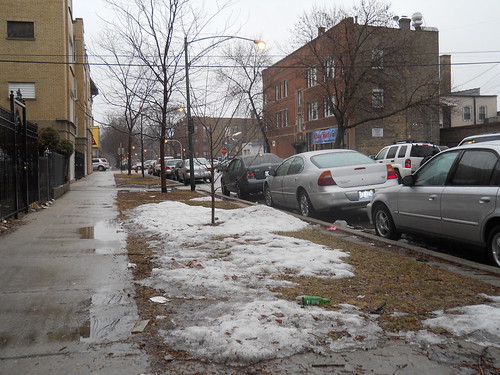 The beautiful snow drifts where we could play to our hearts delight on snowshoes and cross-country skis are gone and all that is left is ugly black remnants in parking lots and on street side curbs.  The billowing snows from the heavens have been replaced by freezing rain. 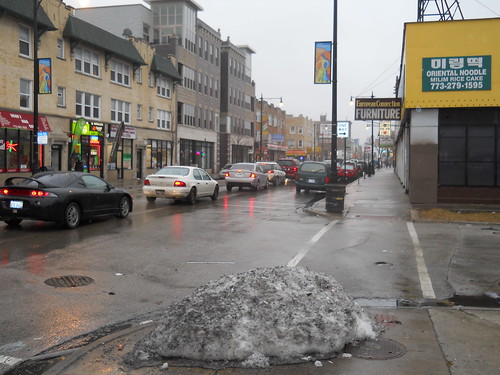 Saul Bellow is not the only great writer to opine about the ugliness of a Chicago spring.  In the poem the Wasteland T.S. Eliot wrote “April is the cruelest month, breeding lilacs out of the dead land, mixing memory and desire, stirring dull roots with spring rain.”  Ok, I know he did not write this about Chicago, but the wasteland is a perfect description of the outdoor scene in Chicago on many days in March and April and even May. 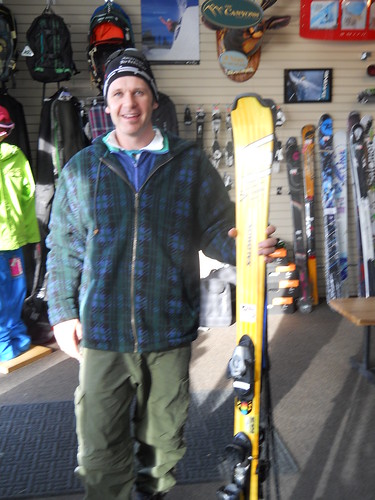 Getting my rental skis, so I can ski Salt Lake City

Without O’Hare there is only despair

We cannot rely on good weather until June, but there is hope.  For those in despair this is where O’Hare comes in.  March and April are the best times to get out of Chicago.  Chicago and the Midwest remain stuck in a frustrating weather pattern through May. We receive a one day tease with a 70 degree spring like day only to follow with a chilly, windy, rainy, 40 degree three days. 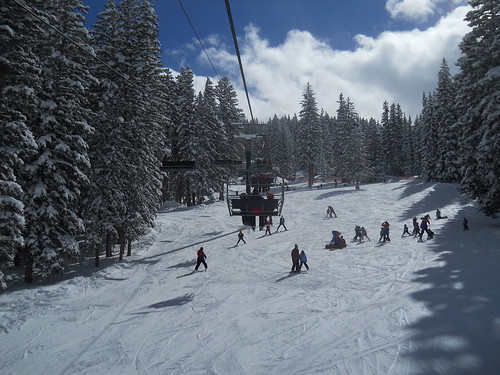 One can either fly south to Florida to experience some sun, or they can turn back the clock and return to winter.  Salt Lake City, Utah is a great place to go for spring skiing as they have snow in the Wasatch Mountains sometimes all the way into July. 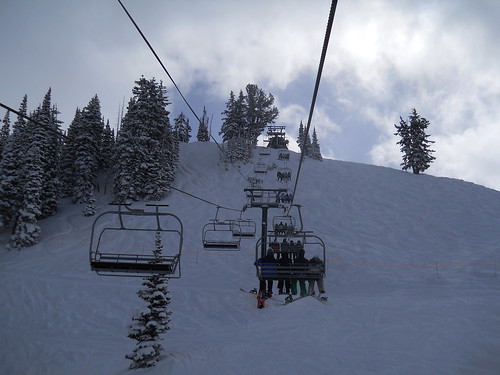 Check out the before and after pictures.  The dreary, sad, depressing pictures represent a typical spring day in Chicago.  The later pictures capture the winter wonderland known as skiing Salt Lake City, Utah.  Take your pick and either stay in Chicago to experience despair or fly to Salt Lake and ski the beautiful Wasatch Mountains.