1shares
According to Frank Sinatra, New York City is a city that never sleeps. Outdoor adventure enthusiasts who use a SiOnyx Aurora Color Night Vision camera can empathize as new technology allows travelers to keep taking pictures once the sun goes down. So start spreading the news and be a part of it. 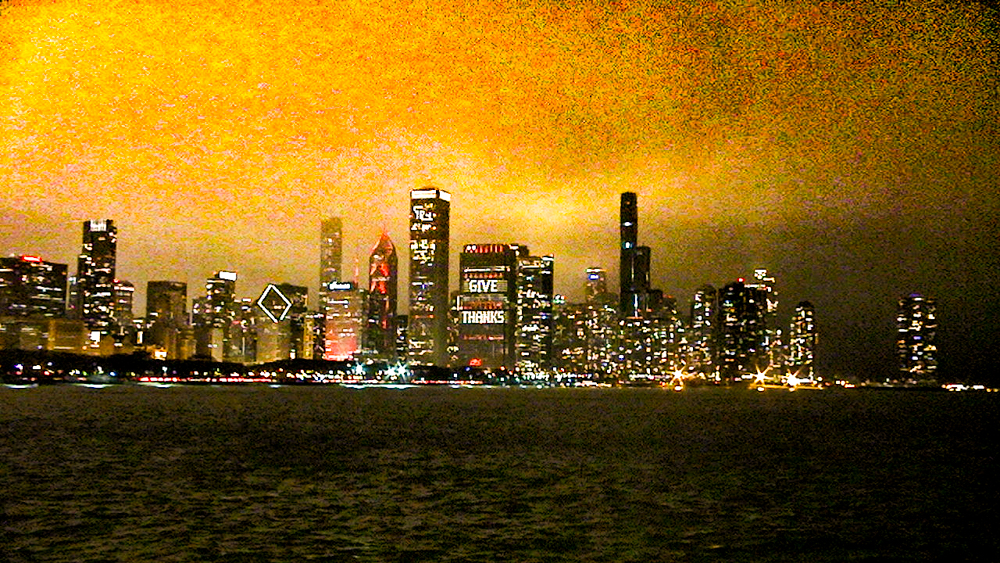 Chicago is my kind of town

Typical night for most outdoor adventurers

When the sun goes down, so does the adventure and photography for most outdoor adventurers. They sit around the campfire talking about the day’s experiences and tell stories about past trips. Although they still feel like doing something, they are trapped in the circular area around the perimeter of the fire, except for the zone emitting smoke (that always seems to follow me).
Eventually they will retire to bed around 8 p.m. They look forward to waking up at first light, so they can begin hiking, canoeing, skiing, and taking pictures again. They flip and flop all night wishing the night would pass quickly. They keep waking up every hour looking at their watch. Darn, it is only 2 a.m. they will say. One hour later they wake up and look and say “curses, only 3 a.m.” They dread the long night. 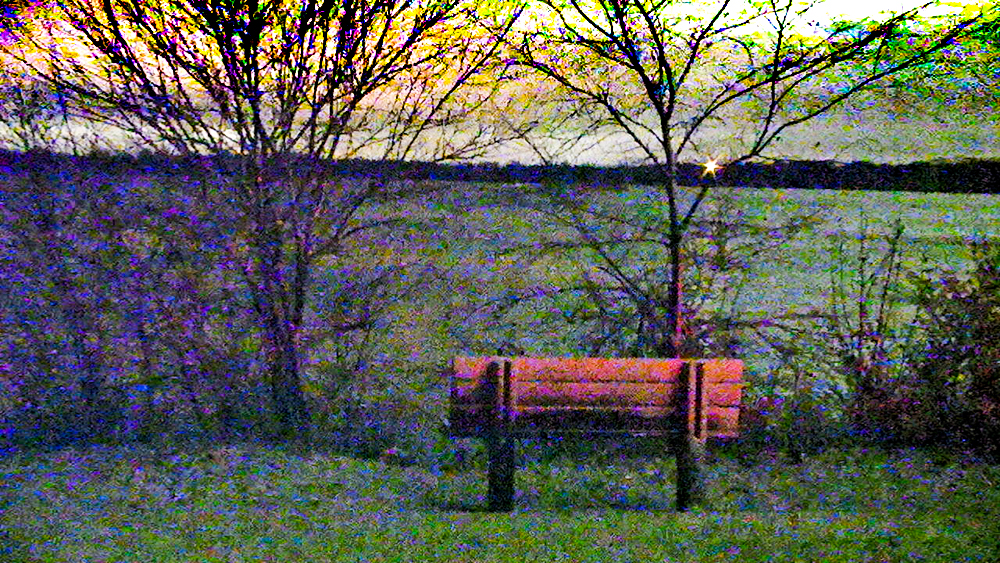 Bakers Lake in Barrington at night

They also build a fire, but instead of being prisoners around it, the fire is just a focal point. They wander around the campsite and further into the woods taking photos with their SiOnyx Aurora Color Night Vision Camera with military-grade quality video and photos.
If there is a lake or river nearby, they will walk along the edge taking photos of the moon and the stars over the horizon. They might even get into a boat and paddle around taking pictures from the middle of the lake onto shore. They might see a deer or a raccoon and get footage they never would have with a regular camera. 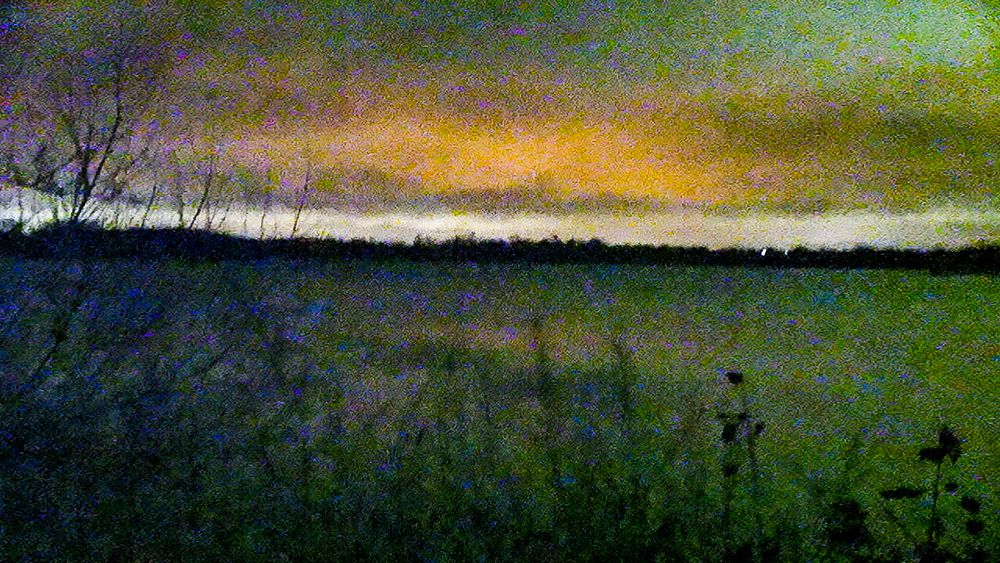 The night is no longer scary

The night for regular outdoor adventurer in the winter

After a day skiing the slopes or hitting the cross-country ski trail, people will retire to their home or hotel. They might get into a hot tub if one is available or just mindlessly watch TV and dream about going outdoors again tomorrow. 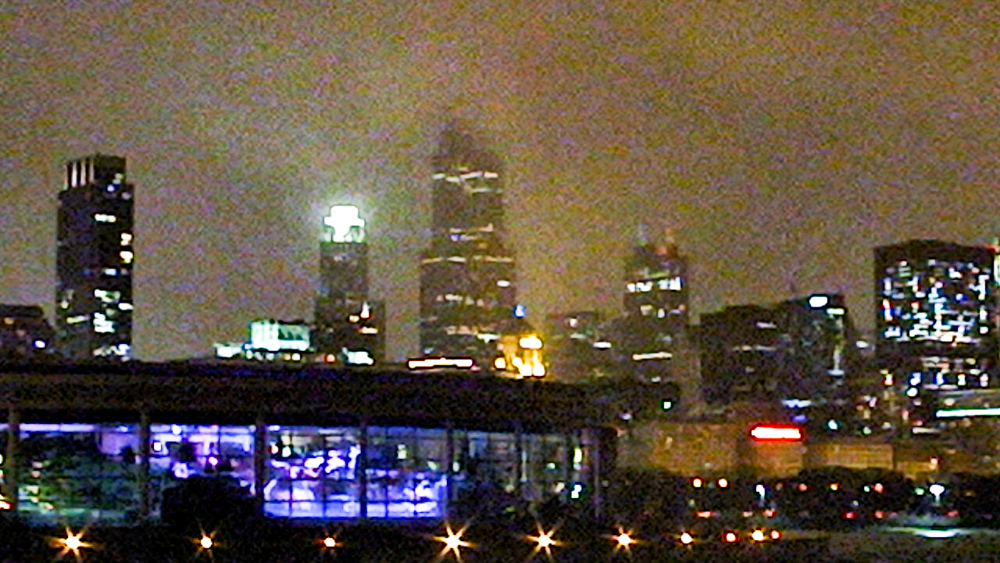 Owners of the SiOnyx Aurora Color Night Vision Camera are twice as active as outdoor adventurers who do not have the camera. There is no reason to step outside the fire ring if you cannot see and cannot take pictures of what you cannot see. Having the SiOnyx Aurora Color Night Vision Camera opens up another world of opportunity to photograph the adventures and to keep the adventures coming. 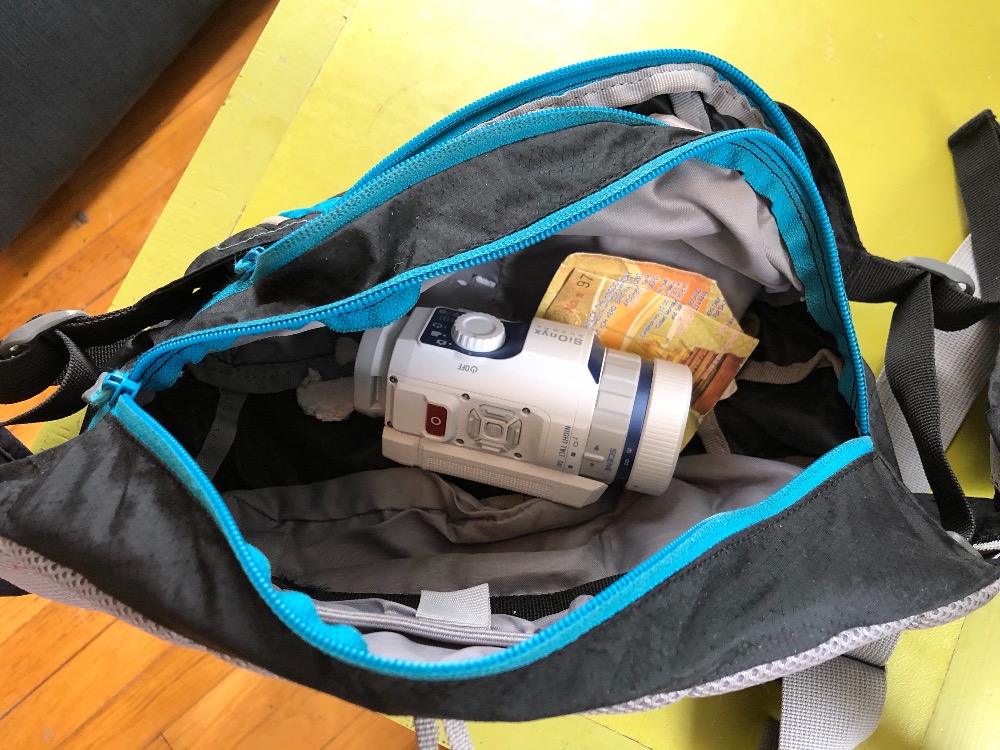 The SiOnyx fits perfectly in the fanny pack

The SiOnyx Aurora Color Night Vision Camera is the perfect size for taking on an adventure. It is just under 8 ounces and easily fits into one hand. The camera also fits nicely in my fanny pack. 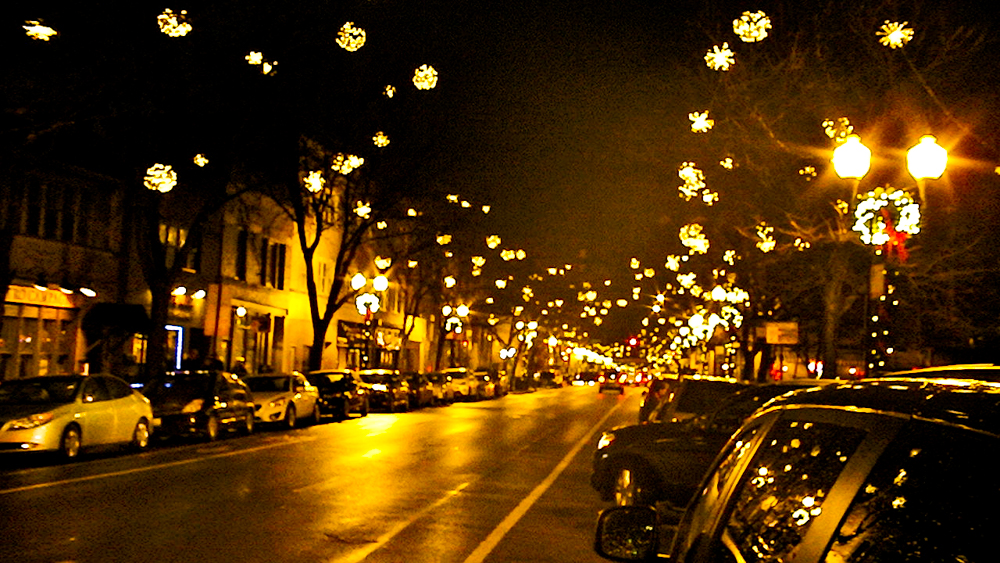 Putting the camera to the test

While I have not had the opportunity to use the camera on an outdoor adventure, I look forward to doing so soon. I did take the camera around with me to points of interest in the city of Chicago and the suburbs to test it out. 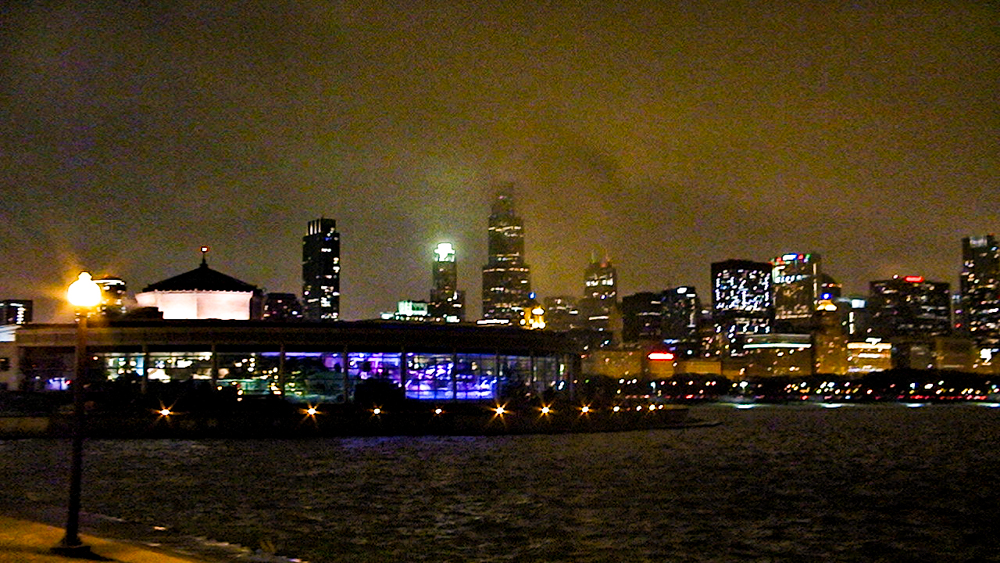 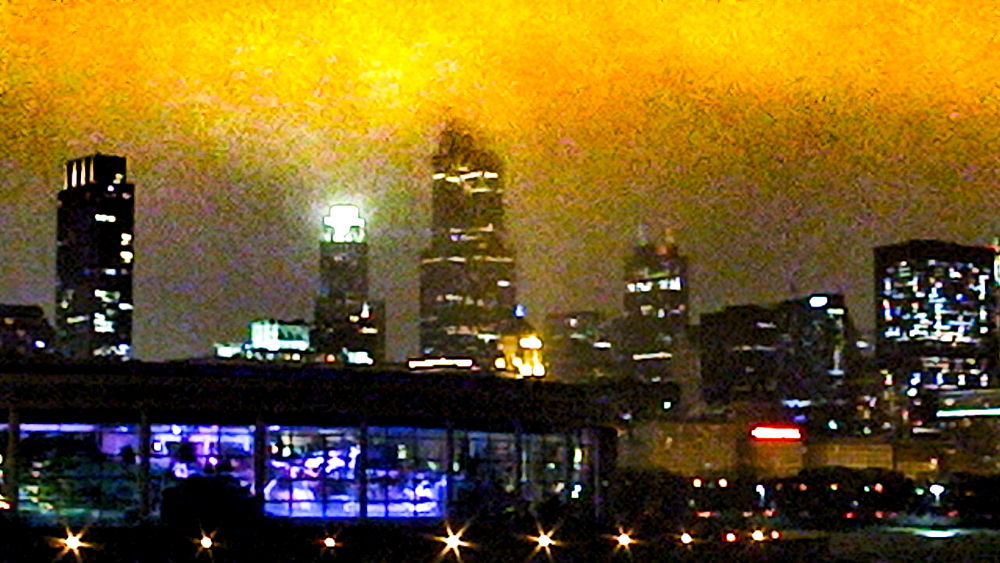 I went to Lincoln Square and took pictures of the Christmas lights. I went to Montrose Beach and took a picture of the waves and the skyline. The next stop was the Adler Planetarium, which has the best view of the Chicago skyline. Then I went to a suburban forest preserve to take a picture of a small lake. 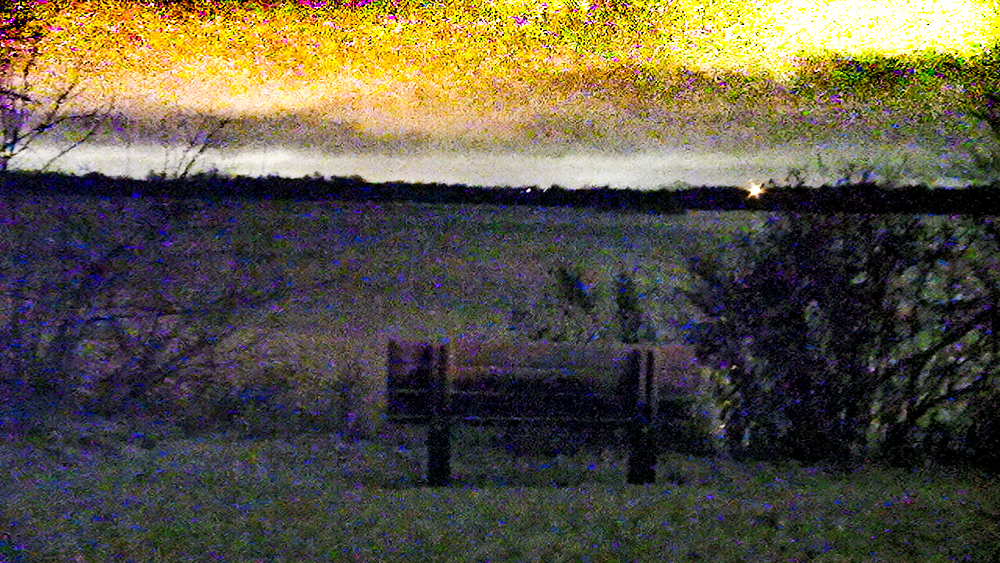 If you want to be king of the hill, top of the heap in the outdoor adventure world at night, I would recommend picking up a SiOnyx Aurora Night Vision Camera. It also would make the perfect Christmas gift. Make a brand-new start of it once the night comes. 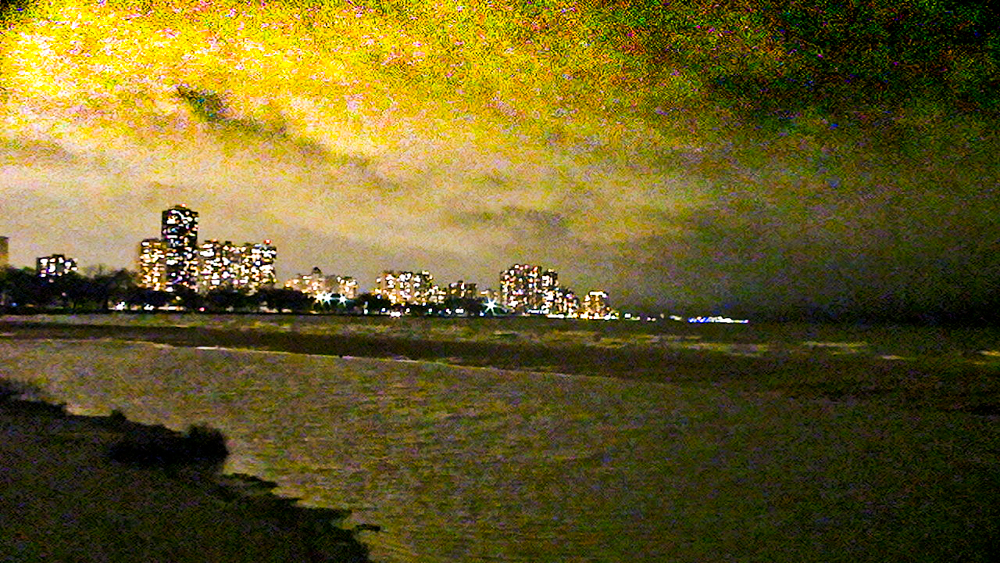 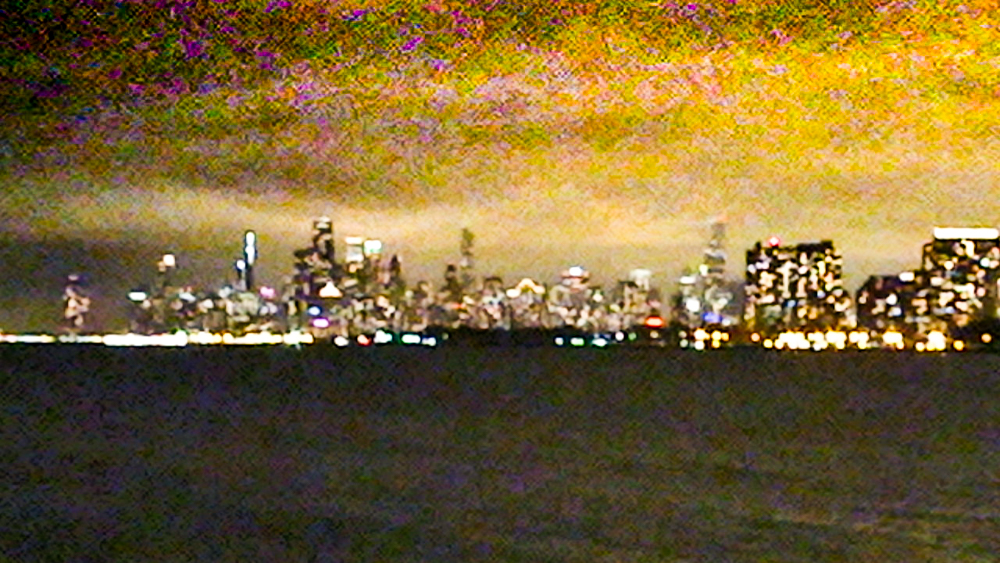 The Chicago skyline from Montrose Beach

I was impressed with the results and look forward to using the SiOnyx Aurora Color Night Vision Camera on future trips skiing, hiking, and cross-country skiing. On these trips, I will not see the long night as something to endure, but part of the adventure. I just wonder when I will sleep. I guess I will have to take a nap during the day.

Traveling Ted newsletter
Your information will *never* be shared or sold to a 3rd party.
1shares