The world is wonderful. At school, we got acquainted with general 7 wonders of the world. We may have also learned some magnificent places of interest from traveling TV shows. Talking about Great Britain, there is no doubt that every person must have a ride on the London Eye and take a walk along Buckingham Palace corridors. Till nowadays people are still striving for knowing  the mystery of Stonehenge and Loch Ness monster. But the progress never stops. 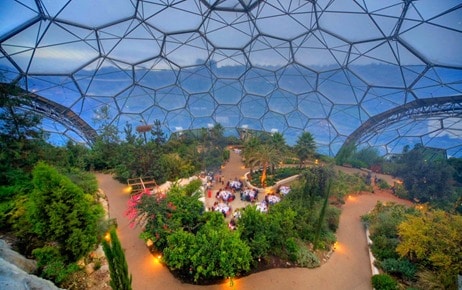 There are lots of creative artists that try to enrich their country with new constructions. And do not forget that nature is an extraordinary architect too. There are some wonders that are not so popular currently because people pay more attention to the general wonders. It is impossible to embrace all hidden wonders of the world, but it is possible to observe new attractions of UK. They are exclusive, fascinating and breathtaking. Go ahead and let new impressions in your mind! 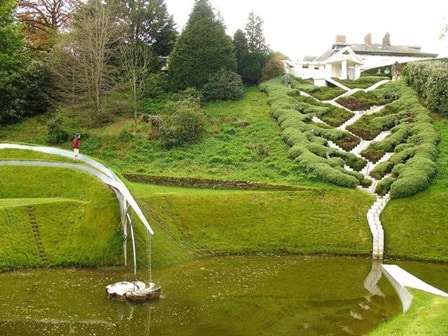 The Great Britain is not the biggest country in the Europe. But in each of its 4 parts (England, Wales, Scotland and Northern Ireland) are hidden picturesque and phenomenal wonders. For example, there is an attraction on the South-West of Scotland that draws the attention of the tourists from all over the world. It is The garden of cosmic speculation that owns a married couple who are keen on the space and plants.

They decide to make such unusual project in 1980 when the wife of Charles Jenkins was given a holding with a beautiful house as a present. A desire to turn a spectacular house into masterpiece where will be contained all the history of the humanity and its connection with space lead to the creation of this attraction. Unusual landscapes match with mathematics calculations.

It is both interesting and unique that the garden itself resembles the traditional conceptions of the Chinese philosophy. If you want to learn more about philosophic conceptions and science you can buy masters degree essay where professional writers will gather all essential information. Despite Scottish hills look like calm waves some curve lines of unusual bushes and sculptures creates inimitable beauty. The garden of cosmic speculation is the only one in the world and it is opened only one day a year for the tourists.

If you want to see a black hole one day, to stay next to expanded DNK spiral or to look and the fractal accumulation, the visiting of this garden is a must for you. Here, unusual things create harmony from the chaos. For example, if you take a stroll across alleyways and paths you can relax on the “bench of senselessness”. The names of the installations are mysterious and attractive. 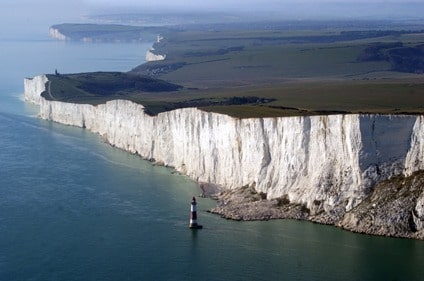 If you want to travel cheap, natural places of interest are perfect for you. Beachy Head is a chalk cusp on the Southern shore of England. Chalk sheer drops is a popular place that magnifies tourists on these lands. It is a masterpiece created by nature. Beach Head is the highest in the Great Britain, his height reaches 162 meters. Tourists come here to observe head-spinning panoramas that engage the area of ten kilometers across. When the weather is nice, tourists can see even Bryton that is situated 50 kilometers far. Steeps are a very popular place for walks in England. But your comfort depends on the weather. You must study the forecast beforehand or you fail your trip. You can have some snacks and visit a water closet in Beachy Head Pub, that is opened every day. Also, it is a good idea to go to the Birling Gap. 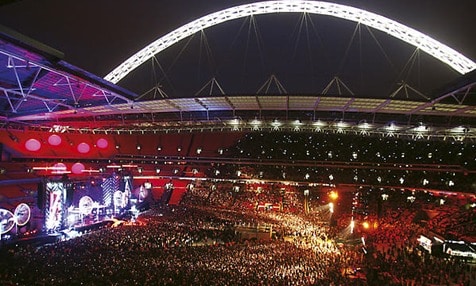 It is a place where legendary events happen in the UK. This stadium was built in 1920. It was on the day when the park near which the Wembley is situated was considered to be the place where the Empire exhibition will be held. Since then, various events were held on its territory. For example, European Cup in 1996.

After this competition, it was completely redesigned. The modern building can contain 90,000 spectators. It became the place where golden medal tournaments of 2012 Summer Olympics were held. Also, various rock band performed unforgettable concerts there. If your band can gather over 50000 fans in Wembley than your band is one of the best in the entire world. Such rock band as Queen, Muse, Bring Me The Horizon, Oasis, Nightwish had the honor to play there.

Wembley Stadium is surrounded with an arc that people can notice far away from the Wembley. Fans from all over the world and ordinary tourists visit this place with the great pleasure. 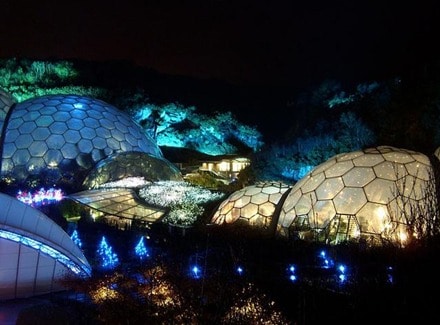 The Eden Project is a botanic garden in the Cornwall county. It includes a greenhouse, which consists of some geodesic domes under which the plants from all over the world are gathered. It occupies the territory of  22 000 м². The botanic garden is situated in the cultivated area of the career, where people used to get caolin.

There are biomes in the greenhouses where plants from equatorial or Mediterranean climates grow. The domes are made from hundreds of hexagons that connect all the construction. Each of hexagon is made from stout opaque plastic.

The author of the project is Tim Smith. He brought the life to it with the help of the architect Nick Grimshaw and engineer company “Anthony Hunt and partners”.

Tourists can take a stroll along the curved path from which he can explore every part of the greenhouse. There are situated different sculptures like gigantic bee and robot made from old electrical appliances.

On the territory of this project were screened some movies. For example, 20 films from James Bond Saga with Pierce Brosnan starring!

Robert Everett: I am a freelance writer currently based in Chicago. Solving students career and university problems. Having an interest in marketing and business.