Finding a good campsite when needed

You can do tons of research on trying to find a good campsite, but it can be a crap shoot if you have never been there before. Also, there is no guarantee when on a road trip that the spot you want is convenient to where and when you want to stop. Therefore, it is wonderful to stumble upon a good campsite when you least expect it.

Theodore Roosevelt was the goal, but a good campsite was in order first

It was 2 a.m., and I was west of Minneapolis on I-94 heading to Theodore Roosevelt National Park in North Dakota. I had hoped to be resting by a campfire by 10 or 11 p.m., but traffic was rough through northern Illinois and southern Wisconsin as everyone was heading north for the long Labor Day weekend. 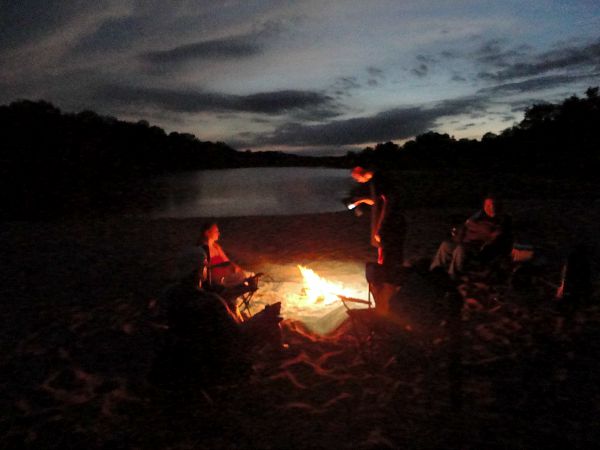 I was hoping to be around a campfire at a good campsite, but it was not to be tonight

I then hit Minneapolis and St. Paul, so here was an hour long stretch of city and suburb where nary a good campsite could be found – at least none that I was aware of. I kept plugging away west, but my eyes were getting tired and dry. Then it started to rain. I did not feel like driving in the rain or setting up a campsite in the rain, but I took the lesser of two evils and decided to stop.

The search for a good campsite and success in Melrose, Minnesota

I started to pull off at each exit that mentioned a campground, but when I got to the split after the exit, the signs for campgrounds were too far off the main road. I wanted to find something within a couple of miles from the Interstate, so I would not have to back track too far the next day.

Finally in Melrose, Minnesota there was a sign for camping without even a mileage sign on it. This looked promising. I snaked through this small town until I came to a town park. The park looked just like any other park in any other small town. The only difference though was this had a small campground at the far end. 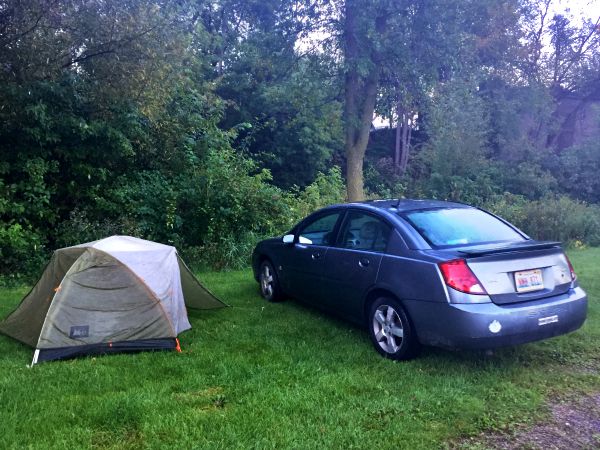 I read the campground instructions and paid the $9.00 fee and dropped it in the box and proceeded to set up camp. There were a few other campers there, but plenty of room in the grass for my tent. I heard water rushing as I set up camp and discovered a river flowed by the camp. Rushing water is the perfect sound to sleep to.

After setting up camp, I put my chair down and had a beer. There was no time to get a fire going as it was near 3 a.m., and I wanted to get on the road by 8 a.m. the next morning. I did not need a fire as the sky was lighting up all around. I pulled up the radar app on my phone to see it was a small thunderstorm system. I was at the tail end of it and it was clear skies after that. I was elated because I had a week on the open road ahead of me and this was just the first of many adventures. 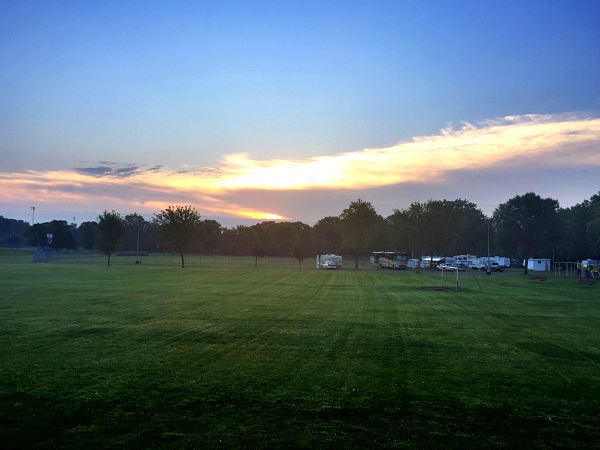 Sunrise on my good campsite in Melrose, Minnesota

I enjoyed the light display while having a couple of beers and soon went to bed. I was up at 7 a.m. and I walked over to check out the river. The Sauk River flowed right out of a lake right beneath a dam. I crossed the street and took some pictures of the scenic lake and then turned around and captured the sunrise over the campground. 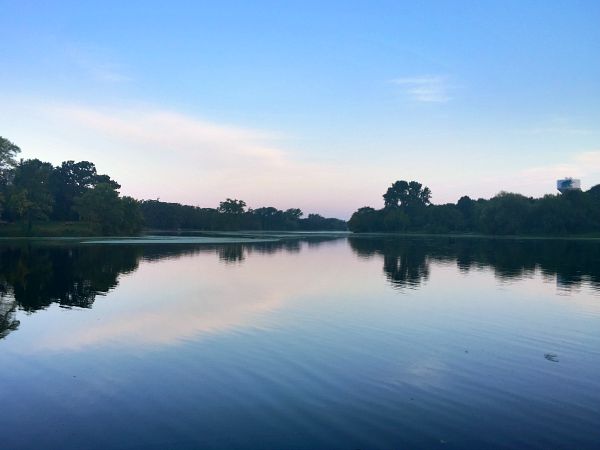 I took down my tent and rolled west towards Theodore Roosevelt content in the fact that I got a few hours sleep in a perfect little campground along the Sauk River in Melrose, Minnesota. This campground has been bookmarked in my memory for future road trips or I might just make Melrose a future destination.