Benidorm: back to where it began

Thanks to its location by the Mediterranean Sea on Spain’s Costa Blanca, Benidorm has quickly become a holiday destination of choice for many of the world’s tourists. Along with a beautiful shoreline featuring gorgeous beaches and an inviting blue sea, Benidorm benefits from a pleasant yearlong climate and a non-stop nightlife too.

But despite the fact this is the place to come for a relaxing, refreshing break, there’s more to Benidorm than meets the eye. Truth be told, it boasts a rather interesting and intriguing history too.

Before it became one of Europe’s biggest, best holiday resorts, Benidorm was more concerned with fishing and agriculture. In the 14th century, only fishermen’s huts could be found on its beaches rather than an impressive array of hotels and apartments.

But even though these shacks would have been perfect for tourists wanting a shady retreat from the sun, Benidorm had to cope with scores of pirates instead, who continually raided the town during the 15th century.

To deal with this ever-present threat, the town’s castle was rebuilt and made larger. And once the buccaneers were kept at bay, Benidorm began to thrive as a result of the town’s irrigation system. Every inch of land was used to cultivate orange, lemon and olive groves, which makes Benidorm sound like a paradise back then too.

However, even more people would start to benefit from Benidorm’s boons in the 19thcentury, as tourists began to flock from Alcoi and Madrid. This was good news for the region, as the loss of Spanish colonies in South America meant the fishing industry was in decline.

To capitalise on tourism further, the mayor Pedro Zaragoza Orts came up with a city building plan for Benidorm in 1954. Although some church bishops disapproved because it wasn’t in the interests of average Spaniards, Orts took his ambitious ideas to General Franco in Madrid.

His vision was given the go-ahead and this dwindling fishing village would soon become a remarkable holiday destination. 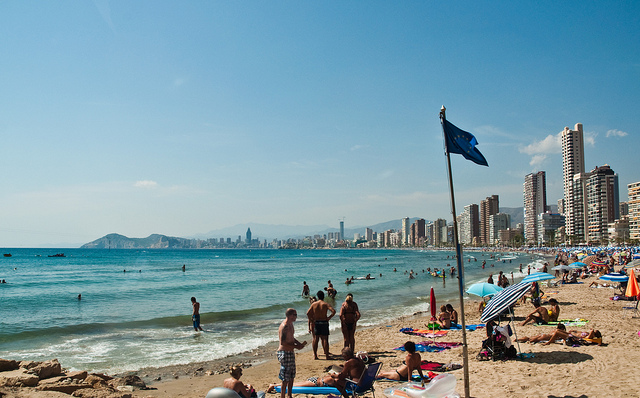 At this moment in time, Benidorm attracts more than five million tourists every year and its popularity shows no signs of slowing down. So, if you’re planning a holiday in Benidorm, now you know how this delightful destination came to be.