Epic winter adventure on the horizon

I have a busy winter schedule of adventure the next month including trips to Colorado and Montréal. The Montréal trip will be flanked around two cross-country ski marathons. I will be participating in the Gatineau Loppet on February 14th and then the American Birkebeiner in Hayward, Wisconsin on February 21st. 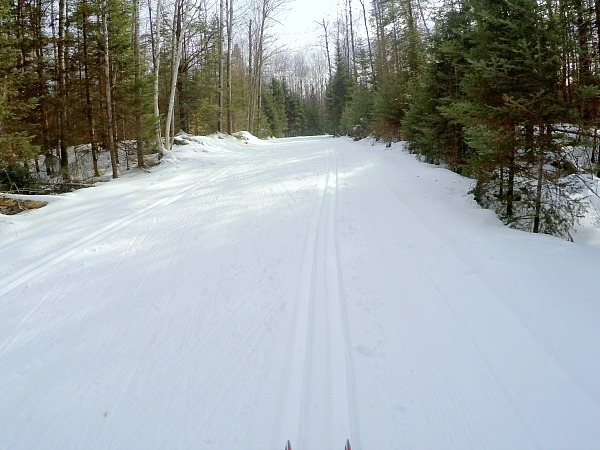 Since I have so much exciting adventure to undertake in the next couple of weeks, I decided to purchase the new GoPro Hero4 Silver. One of the interesting aspects of the camera is the time lapse photography function. You can set the camera to take pictures every .5, 1 second, 2 seconds, 5 seconds, ten seconds, thirty seconds, or sixty seconds. I figured this would be a great way to capture the excitement of Alpine and Nordic skiing, especially the cross-country ski races. 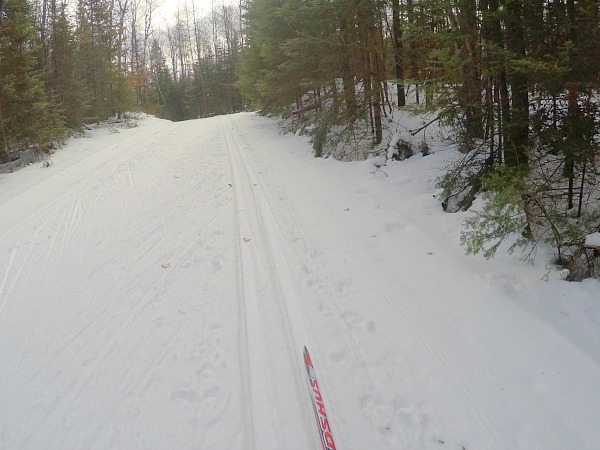 This last weekend I traveled north to Wisconsin in order to find snow. I went skiing in the Chequamegon-Nicolet National Forest. In order to get used to the camera, I played with it a bit here. I placed the camera on a chest strap and set the time lapse to 60 seconds and then skied. You will see the results below. 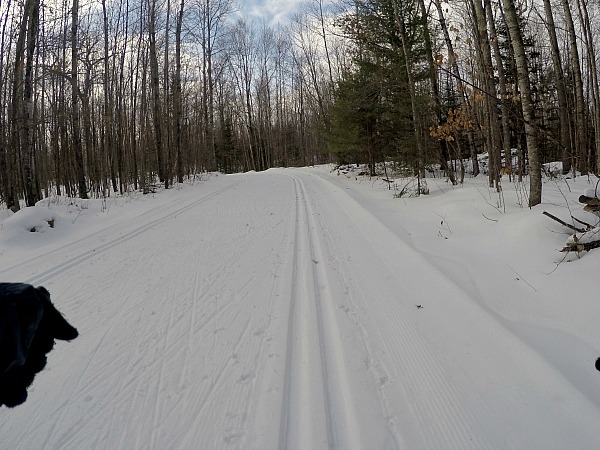 I ended up with over a 100 pictures. Some of them were really cool and captured the northwoods experience perfectly. Others were not as interesting and showed my ski boots and skis. One picture even captured me on my iPhone and another at the end peeking down at the camera to see if the battery was still working. All of the photos here are in chronological order starting from the beginning at County F. I then skied the full length of the 20 kilometer Blue Trail back and forth. 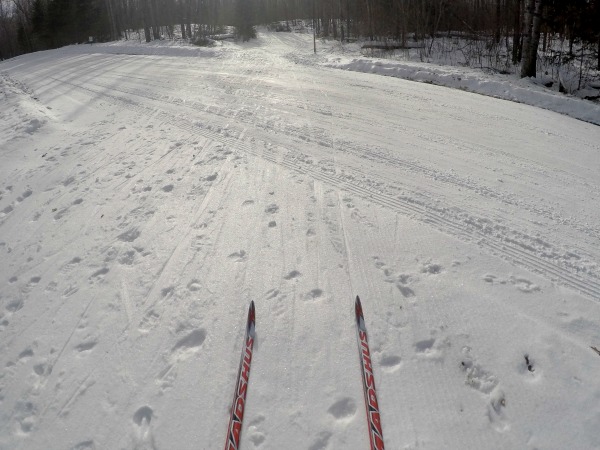 GoPro takes a shot at my skis

I bought one of the first GoPros several years ago and the new version is a definite improvement. The battery life is improved, the settings are easier to manipulate, and there is an LCD screen. I look forward to using it more on grand adventures coming up. 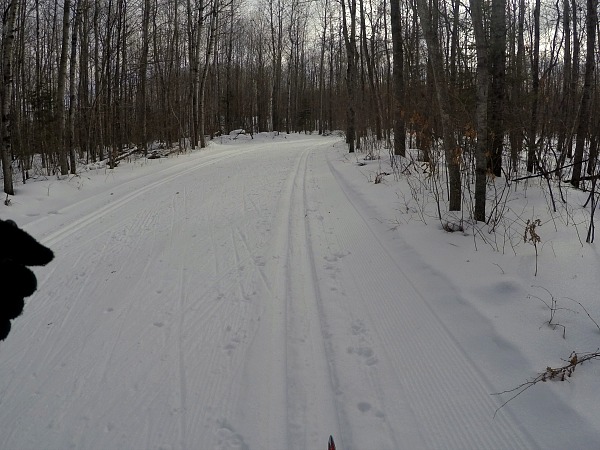 Not only was this the first trip for my GoPro. It was the first time for my new Madshus cross-country skis. Last year I teamed with Madshus, and they lent me a pair for the Birkie. This year I reached out to them and asked if I could borrow a pair for the whole season. They offered to just sell me a pair at a bargain rate, and I could not refuse, so I now am a proud owner of the second lightest Nordic racing skis. Madshus also makes the lightest. Madshus is a Norwegian company, so it only makes sense to partner with a company that comes from where Nordic skiing originated. 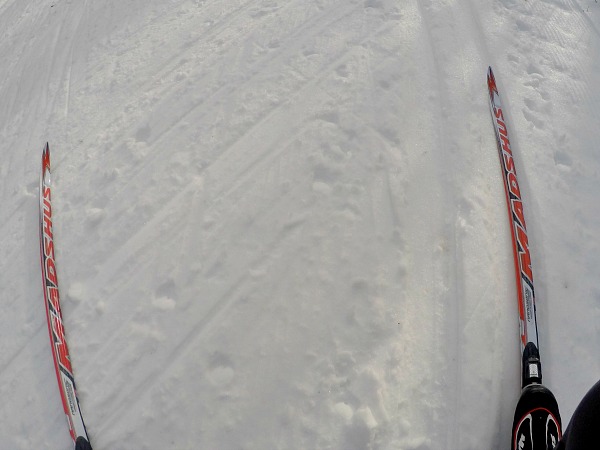 A thrilling shot of the snow in front of me 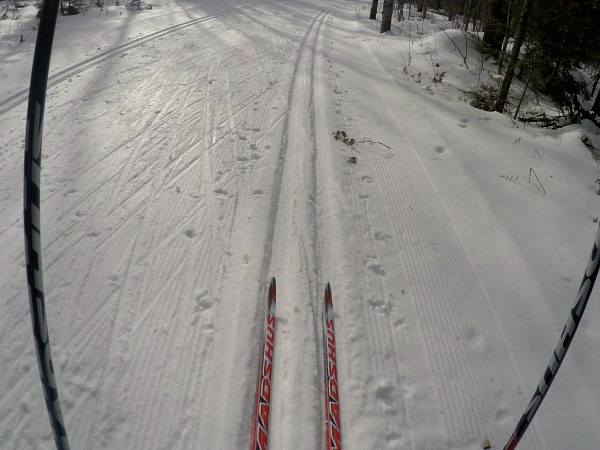 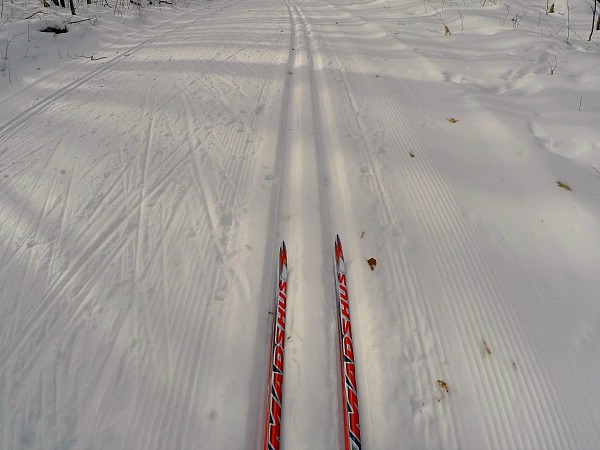 Another shot of Madshus skis 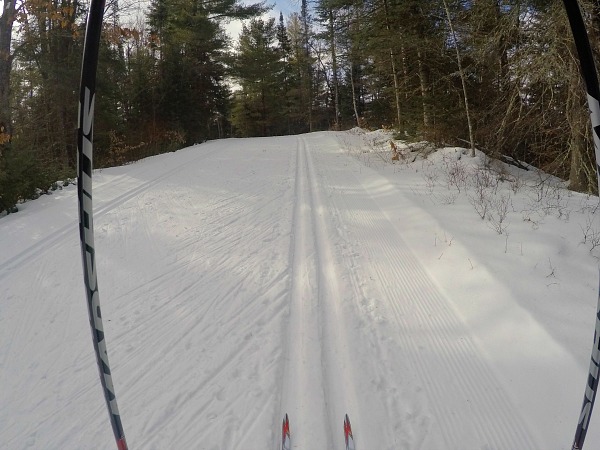 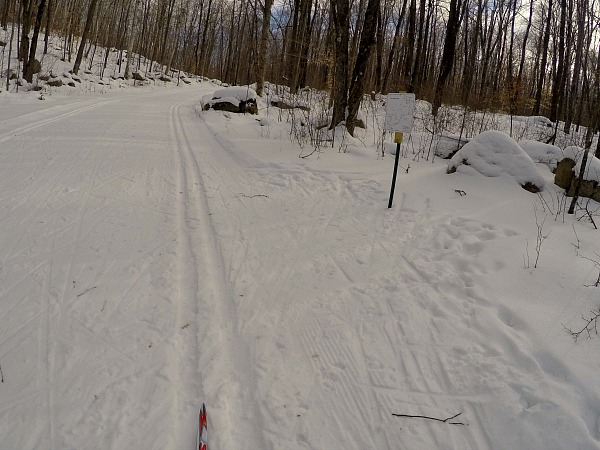 Another ski and trail shot with a map coming into view 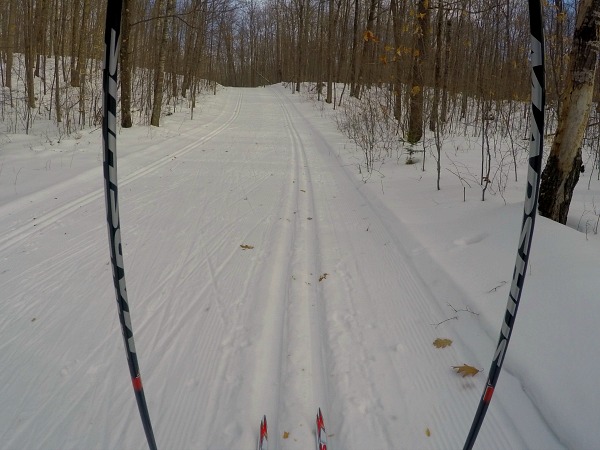 Lakewood has some wonderful straightaways 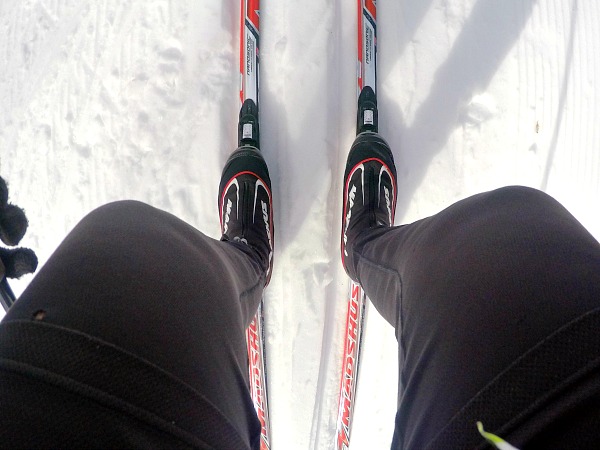 Must have been bent over double poling for this one 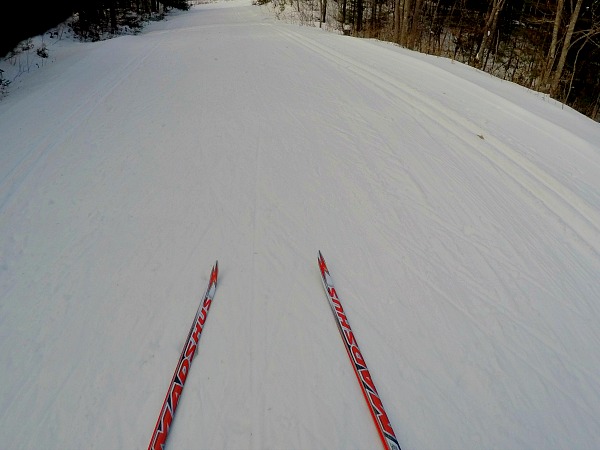 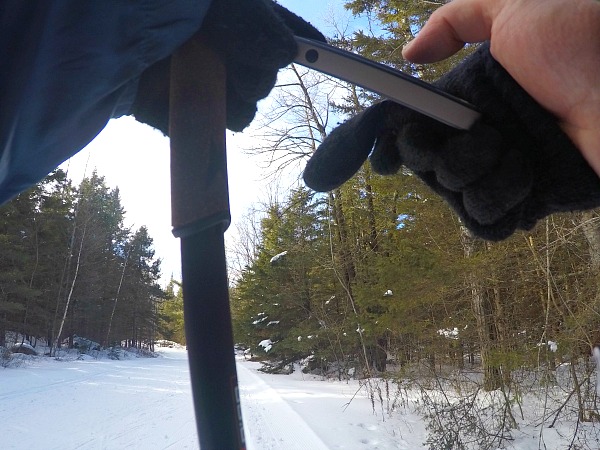 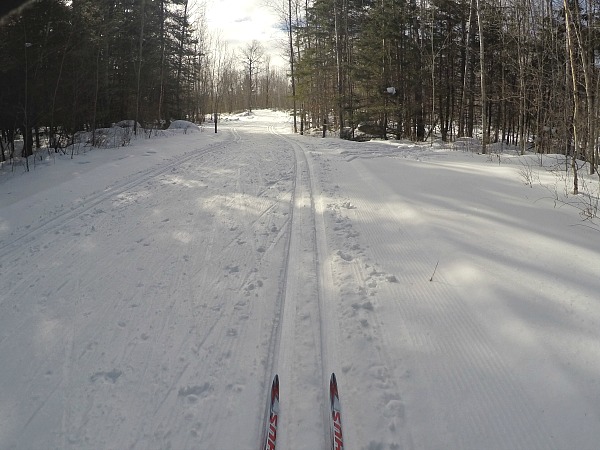 Lakewood cross-country skiing, yet another straightaway 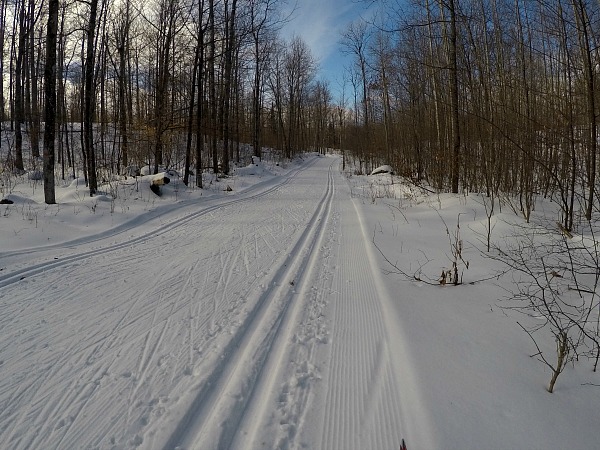 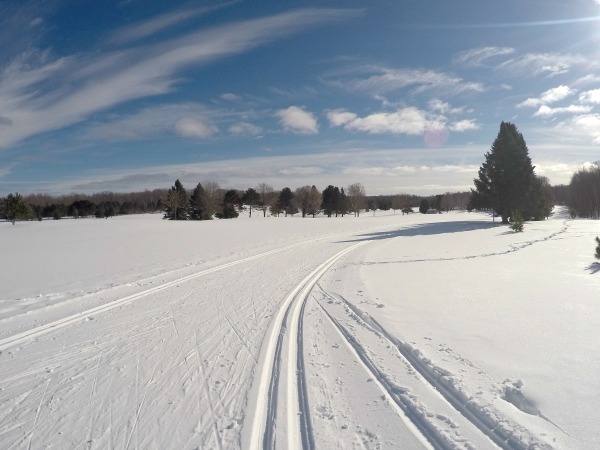 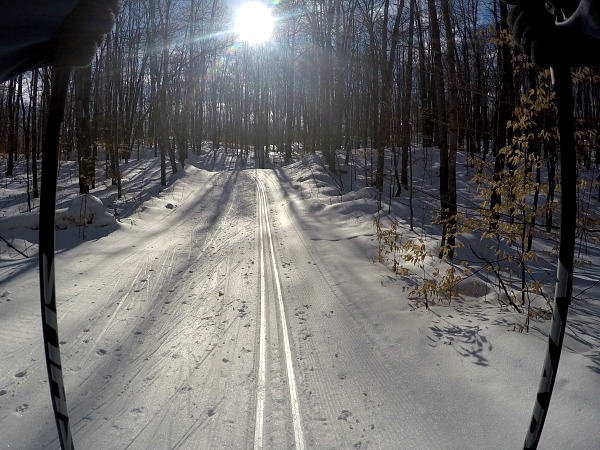 Back in the woods for the return 20 kilometer trek back 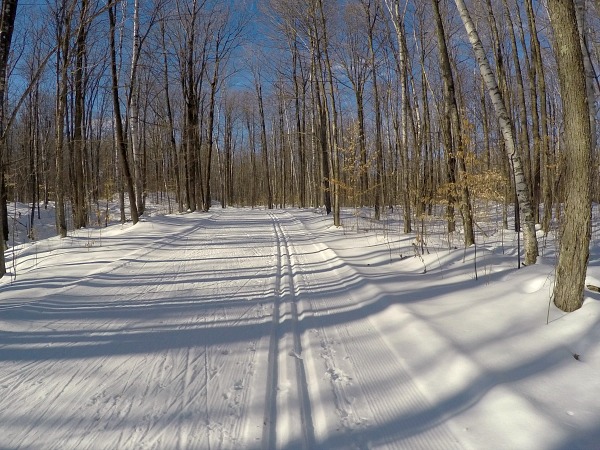 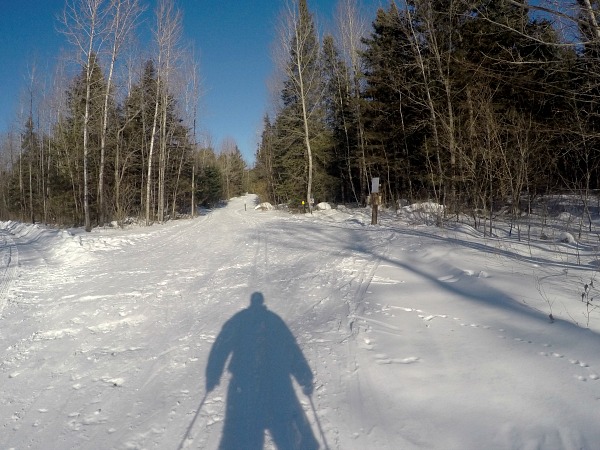 Racing my shadow, and I think the shadow wins 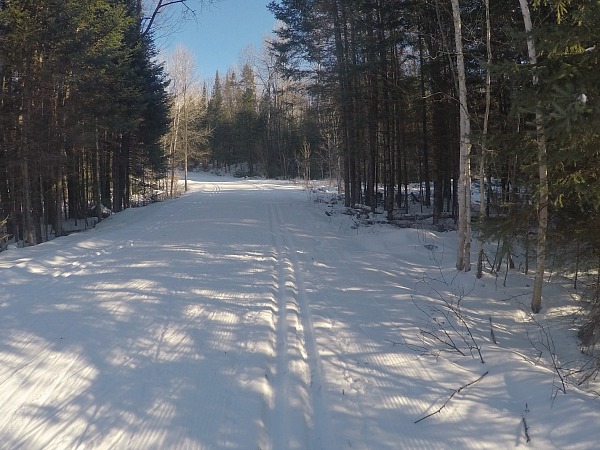 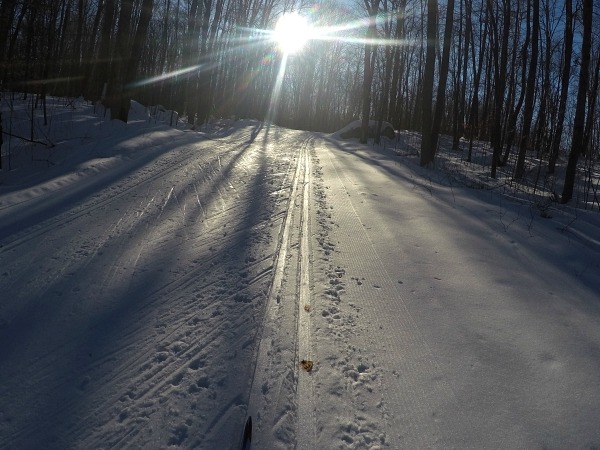 Skiing into the sun 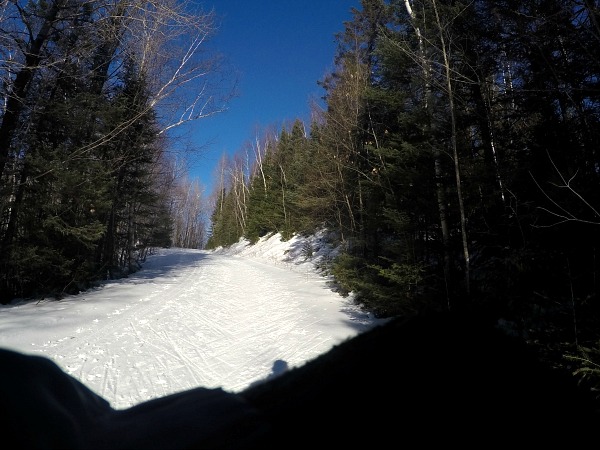 Climbing the final hills on the way back 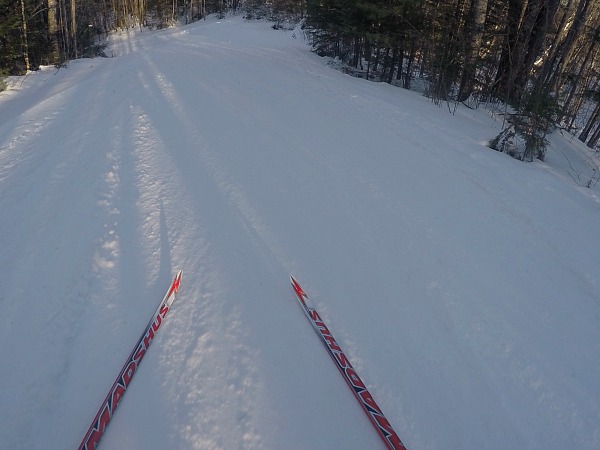 A downhill stretch at the end 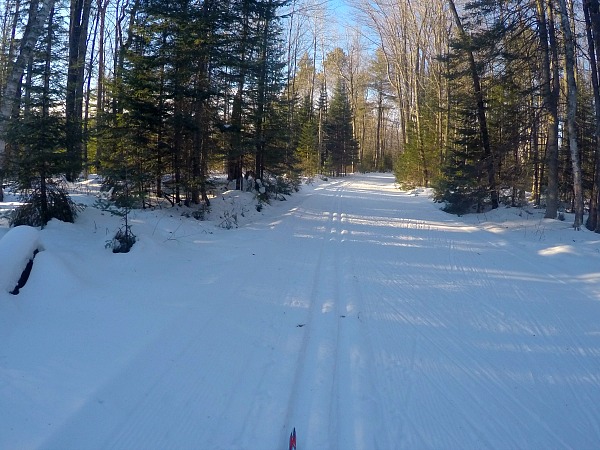 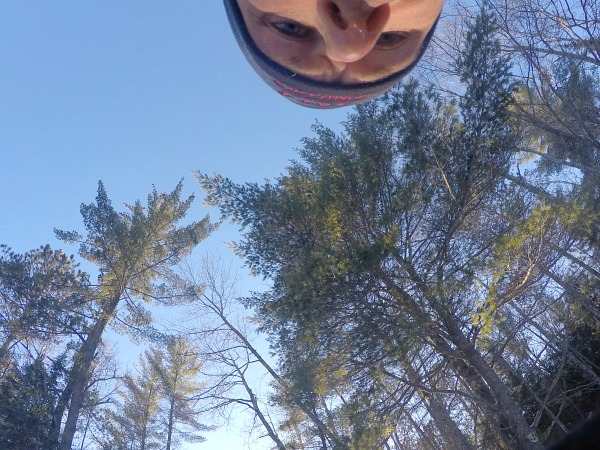 So there you have a set of time lapse photographs from the GoPro. Some turned out cool, some turned out lame, some were a little humorous, some had no value, but that is the appeal of a time lapse set over a period of time. I can’t wait to use the feature when more exciting adventures are to be had in the coming weeks.