I have never been all that impressed with the segway. I have never ridden one, but I have often seen them in Grant Park in Chicago. They seem strange to me and frankly, I would rather walk. I had a chance to check one out during a visit to Indianapolis on a White River State Park Segway Tour. I discovered that they are the perfect way to tour an urban landscape in a short period of time. 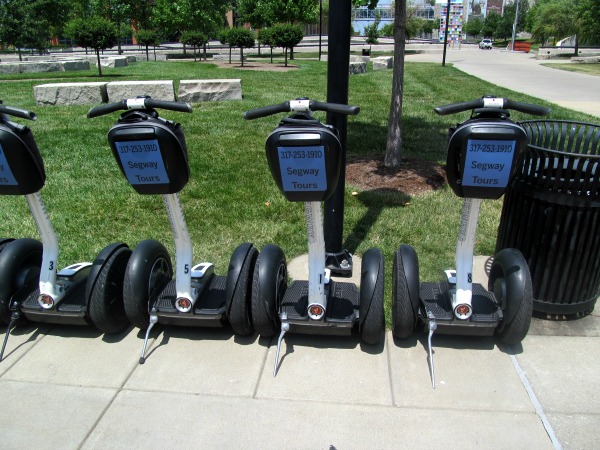 Our group was given instruction by the David Bowie shirt clad Courtny at the beginning of our tour. It is always great to see the youth of America listening to good music. 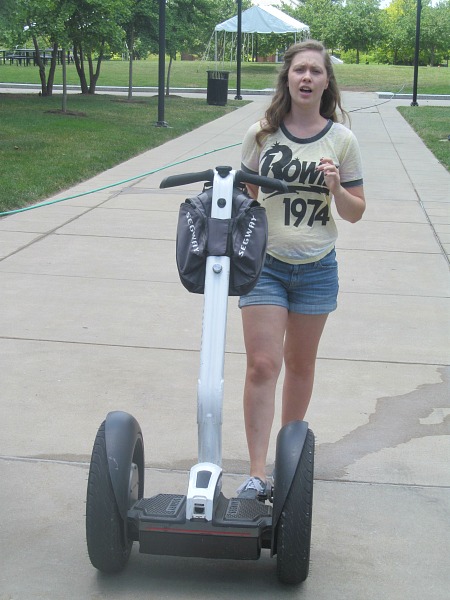 Getting acclimated to the segway

Riding a segway is incredibly easy, so it only took a few minutes to explain the machines. A quick explanation of the dos and don’ts, and then we were given a few minutes to tool around on the runways in front of the Segway Tour rental shop. 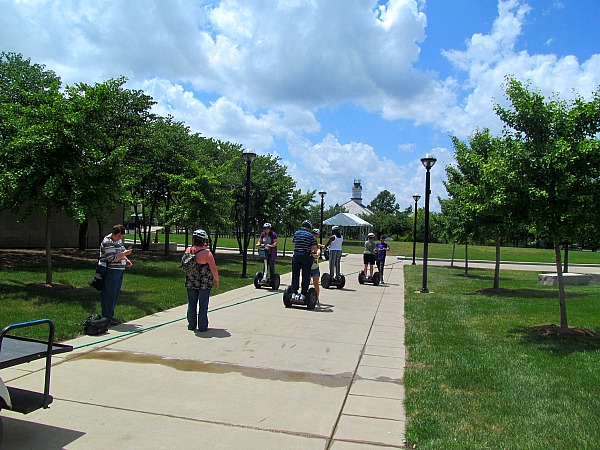 To go forward you merely lean into the machine and to stop you lean back. It is a little awkward at first, but after a few stops and starts, I felt pretty comfortable. Learning how to stop is the most important part, so I focused on this aspect during the few minutes we had to train. 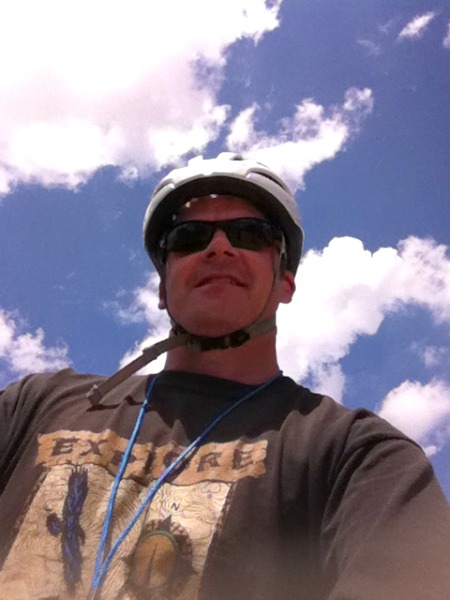 Take your protein pills and put your helmet on

The director of White River State Park, Bob Whitt, gave us a little introduction to the park and the tour. Although stopping is easy, standing still on the segway is a little tricky. While hearing the speech, I found myself drifting around going forward and back trying to maintain my spot without bumping into one of my neighbors. 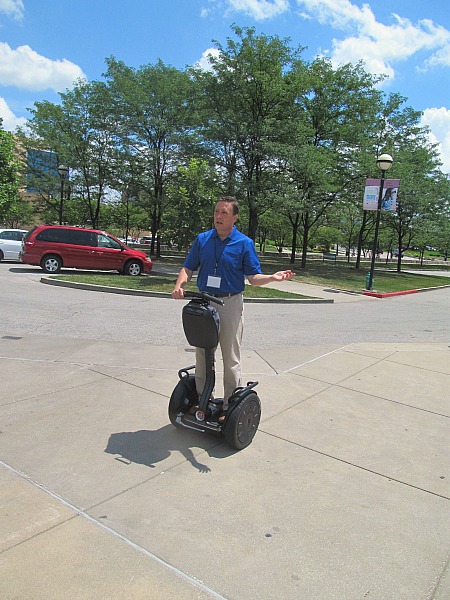 Then we were off and zooming around the park and following the White River. We then turned left and crossed a bridge. This was a little scary as there was the river on one side and a substantial drop off to the road below on the other side. Steering is really easy though, so there is no danger of suddenly veering off to one side. Just move your hands in the direction you want to move or hold the handles forward to go straight. 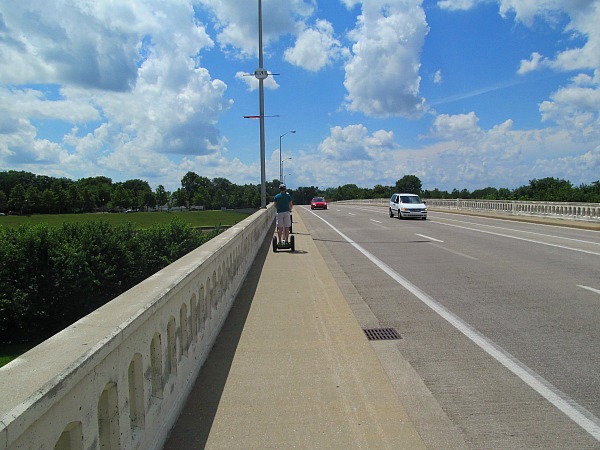 We then cruised down near the zoo and experienced some great views of the river, the park, and downtown Indianapolis in the distance. We paused here to take pictures before the tour rolled on. 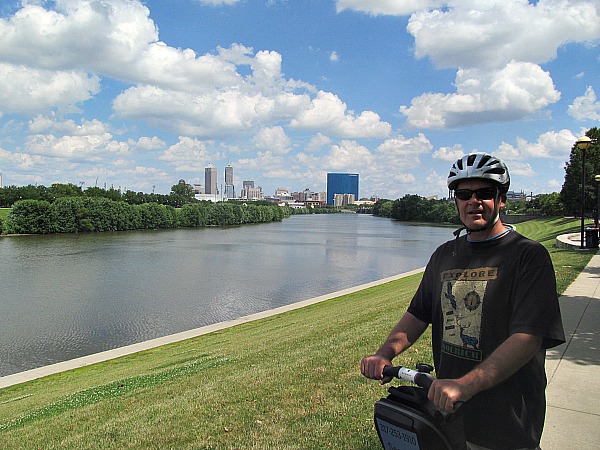 Controlling the segway became a breeze after about a half hour. It began to feel like an extension of my body, and I had almost complete control. It seemed like all I had to do is think about where to go and the machine responded.

There can be mishaps involved if you are not careful, but they are mostly due to carelessness and brazen activity (usually by men who want to show off their skills). Bob mentioned that they have had 8 machines enter the water in the canal, which was was the next part of the tour. 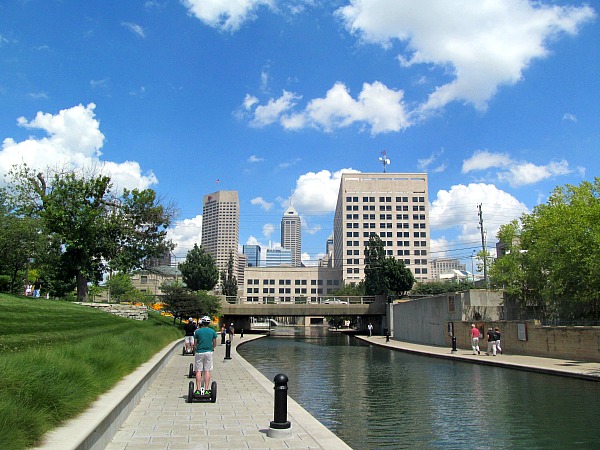 Enjoying the Segway on a hot summer Indianapolis day

We soon were following a picturesque canal and zipping next to it. There were a few people and bikes we had to avoid, but this made the experience a little more fun as we honed our steering skills. We did have one little accident. One segway greeted a rock and the driver fell off the machine and cut her leg, but she was laughing about it immediately afterwards. It is hard to do much damage at 10 mph or less. I think she would agree that the segway tour rocked.

Another benefit of the segway tour is the cool breeze generated by moving around the park, which makes it a perfect activity on a hot summer day. This perk gives the segway an advantage over a bike or walking when especially hot and humid as there is no effort involved in the segway which creates a self propelled air-conditioning. 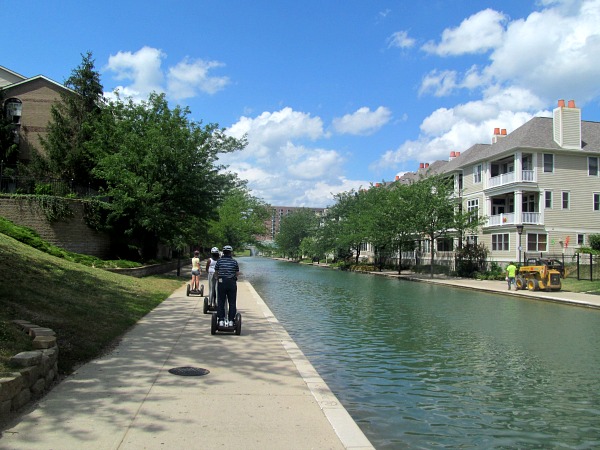 Another photo from the scenic canal in White River State Park

If you prefer more physical activities, the White River State Park does have a great and affordable shared bicycle program. The park is also ideal for walking. If you have limited time and want to see all of the park, then the segway is a great way to go.

If this sounds like an adventure for you, the tour costs $45.00 and runs 1.5 hours. Segway Tours of Indiana does not offer rentals to explore the park on your own.

I was a guest of White River State Park for this adventure, but the pictures, opinions, and love of David Bowie are purely my own.

The goal of Traveling Ted is to inspire people to outdoor adventure travel and then provide tips on where and how to go. If you liked this post then enter your email in the box to receive an email newsletter each week with new stories and adventures. There is no spam and email information will not be shared. Other e-follow options include Facebook (click on the like box to the right) or twitter (click on the pretty bird on the rainbow above).