One of the most unique outdoor experiences is a Wisconsin River camping trip. There are no permits and no fees for canoeing and camping on the sandbars along the river from Prairie du Sac to Prairie du Chien. There are not many camping spots like this that are free. It is an unbelievably good time. 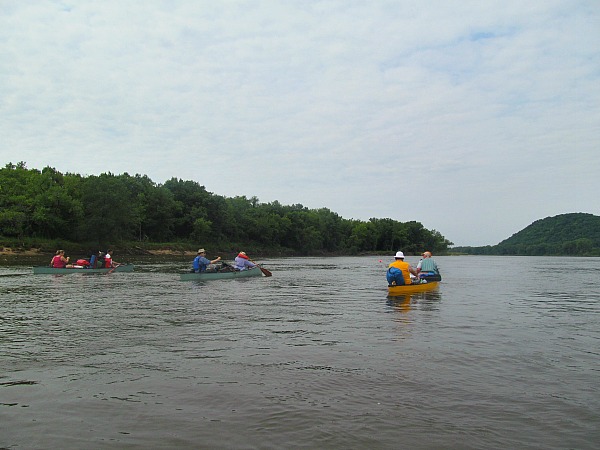 You can camp in the woods, but the woods are swampy and full of poison ivy and mosquitoes. The serendipity of Wisconsin State Riverway experience is not the same unless you can camp on a sandbar. 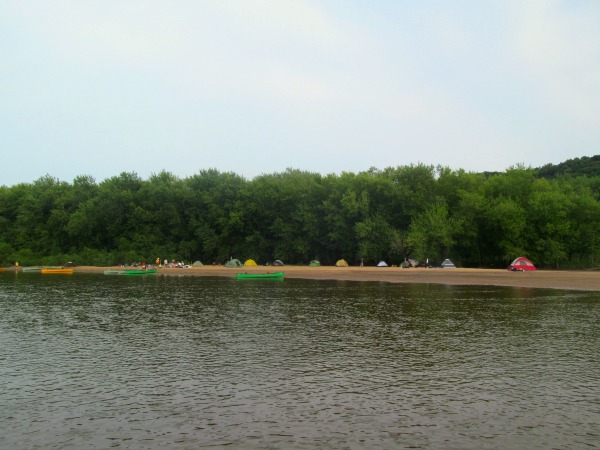 On busy summer weekends, especially if the water is high, competition for sandbars can be high. I have been on many a sandbar and seen jealous canoes roll by later in the evening looking for their home.

In fact, a group of guys pulled into our sandbar last year and camped on the other side. In my 30 years on the river, this was the first time this happened. This is usually seen as bad etiquette camping to impose on another party’s solitude.

These guys moved farther away into the brush and they did not bother us. The next morning when we paddled past, they apologized for moving in, and they explained there were no other spots open all the way from Spring Green. 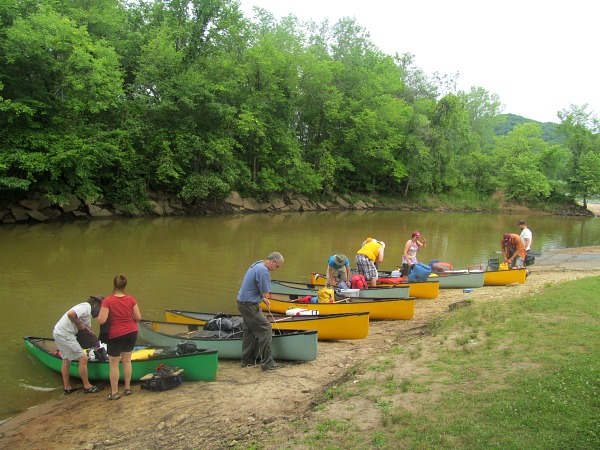 Getting geared up for bad etiquette camping on the Wisconsin River

Canoeing the Wisconsin River with the Friends of Chicago River

This past weekend, I joined fellow guides from the Friends of the Chicago River for a weekend camping trip on my favorite river. We had a sandbar in mind, and we paddled steadily all day in hopes of getting it before someone else. Unfortunately, by the time we got there, it was occupied.

We paddled downstream for a couple of miles, and the only sandbars we found were either too small for our group or they were not vacant. Then we came around the corner and there was this majestic, beautiful, golden brown sandbar that looked like it was 80,000 acres in size. It was the size of three football fields. Way on the far west side of the sandbar appeared one single tent. 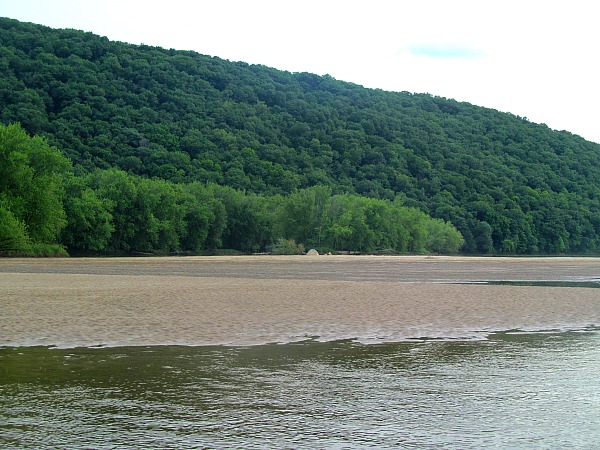 We were tired and ready to stop. To make matters worse, the next day’s take out was only a couple miles away. If we did not find anything soon, we would just end up paddling all the way to the Mississippi River and miss out on the sandbar camping experience.

The other option was finding a smaller cramped spot. Of course we could camp on the far end of the big camp spot. Surely the camper way across would not mind.

We decided on the latter and started to set up camp. We could see the guy on the other side of the sandbar looking at us through binoculars. He was so far away he looked like an ant. When it became clear to him we were not leaving, he aggressively approached us.

He confronted our leader and informed him it was bad etiquette to move in on a sandbar that was already occupied. We told him we had no choice and needed to camp somewhere. He asked where we were from, and when we informed him Chicago, he said “figures,” and stormed back to his tent. 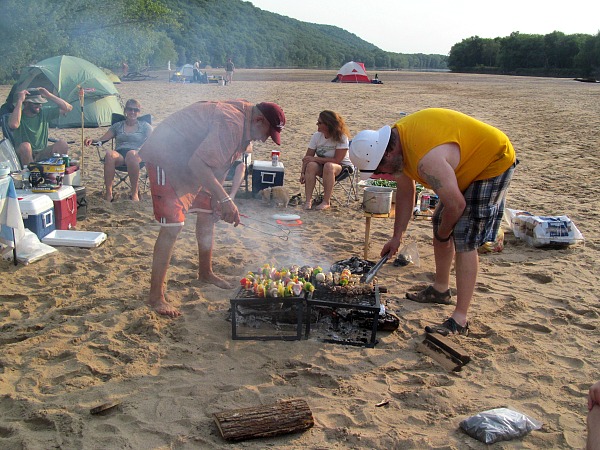 Bad etiquette camping – Cooking out on a Wisconsin River sandbar

He does have a point. No one camping along the Wisconsin River wants a group of 20 people to set up shop on their door step. When sandbars are at a premium on a Saturday night in the summer; however, you may not get a sandbar to yourself. This is especially true when you are occupying a piece of ground bigger than Lambeau field and Soldier’s Field combined.

If you do want a huge sandbar to yourself then consider either taking a smaller space or come to the Wisconsin River and camp on a Wednesday night. Similarly, If you come to a busy restaurant on a Saturday night, you might not get a booth.

When there are limited resources, it is necessary to share

The point of this post is not to call out the guy on the other side of the sandbar. I have been in his shoes, and I understand his point of view. This conflict is larger than a small tiff over a campground on the Wisconsin River or at a state park. 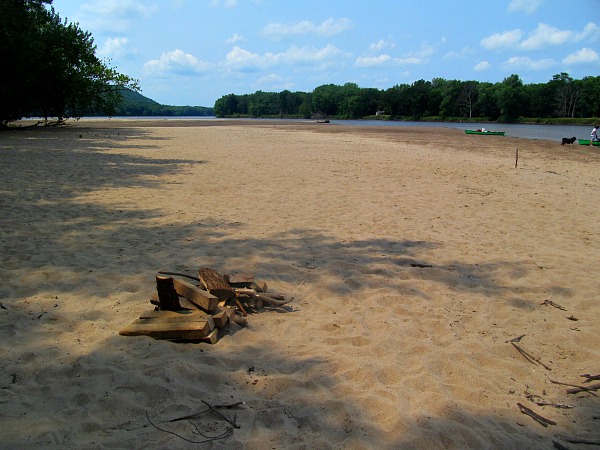 Leaving some cut firewood to offset our bad etiquette camping

It speaks about consideration, tolerance, and placing yourself in the other camper’s shoes. When the young men moved into our campground last year, we were all a little annoyed, but we did not go over and confront them. We were annoyed because we were only thinking about our own experience. When they apologized and told us that they had nowhere to go, we then saw things through their perspective and understood that they had nowhere to go.

I hope our neighbor went back to his campground and had at least half as awesome a time as we did. I hope our presence did not detract from his weekend paddle on one of the greatest rivers in the world.