My first bear encounter in the Great Smoky Mountains

I have hiked in the Great Smoky Mountains for over 30 years. During this time I have probably averaged an overnight hike once every two or three years. In all of those backcountry hikes, I have never experienced a bear encounter. I have seen a few along the road, but never while hiking a trail. That all changed with my last hike over the 4th of July weekend. 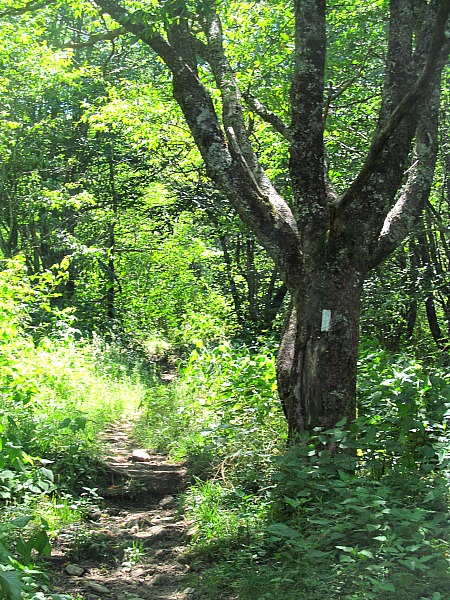 The Appalachian Trail was the scene of my first bear encounter

I drove down and arrived in Sevierville at 3 a.m. I slept in a Kmart parking lot and headed into the park early. My itinerary included backcountry reservations for two nights: one on the Appalachian Trail (AT) and another at a tent site.

I only planned about a 10 mile hike the first day, so I was in no hurry to get started. After I finished up arranging my backpack in the Cades Cove picnic area, I drove around the 11 mile Cades Cove scenic loop. The loop was quite crowded being the 4th of July. 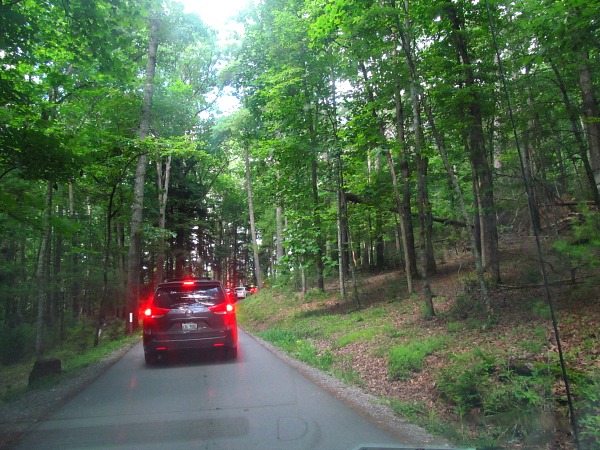 Damn that traffic jam, gosh I hate to be late

When the line of cars approached the woods, a traffic jam ensued. This usually means someone up front spotted wildlife. I stuck my head out of the window and saw a pretty decent sized black bear in the woods. Before I could get the camera out, he retreated out of camera range. Two more bears were spotted in the trees during the rest of the drive. 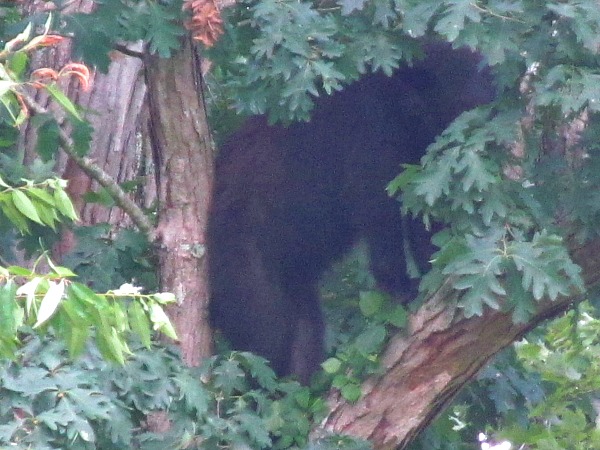 After I parked my car, the hike began. I kind of thought in the back of my mind that if there were 3 bears in Cades Cove; I might see more during my hike. They seemed rather active. 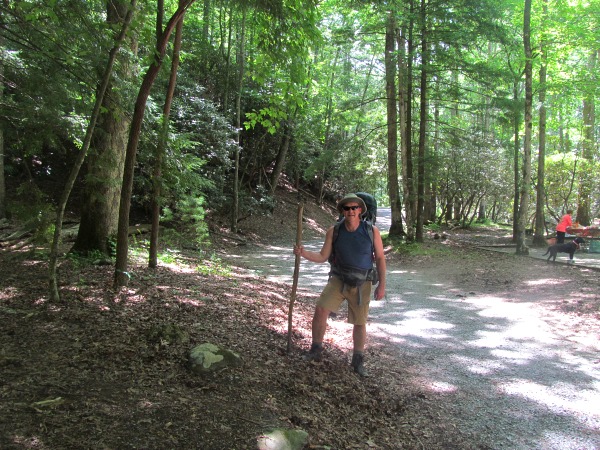 I eventually climbed up from the Cades Cove campground to the Appalachian Trail at Spence Field. The Spence Field shelter was closed due to an aggressive bear. I was staying 3 miles down the trail at Russell Field.

As soon as I got started towards Russell Field I stopped along the trail to take a shot of the iconic white blaze on the trees that marks the AT. As I was looking at my photo, I heard a small ruckus ahead and looked up in time to see a cub roll across the trail from Tennessee into North Carolina (the AT is the border for the two states). 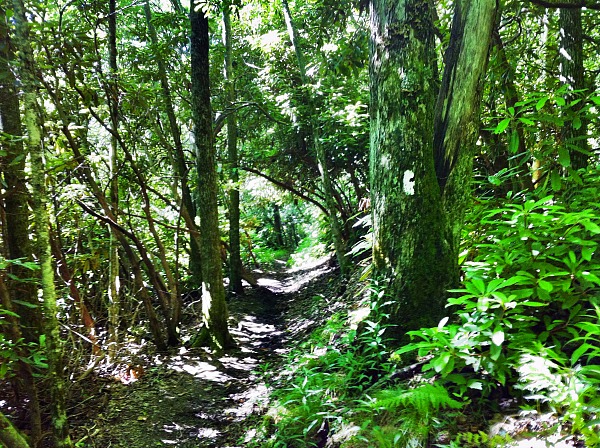 Usually seeing an animal is cause for excitement, but seeing a cub without a mother was a little worrisome. Where was the mother? Was the mother behind me, to the left, or to the right? If it was behind me then I was in a bad spot. What if it was ahead of me and if I walked forward I would inadvertently be walking head on into a concerned mother coming the other way.

I hesitantly walked forward and thought I heard a noise to the right. I doubled back in fear to where I started. This situation was a pickle because I could not turn around as Spence Field was closed. I commenced going forward and I heard nothing else this time, so I continued on my hike. I was a little nervous the rest of the segment to Russell Field.

Normally, I am not fearful of black bears. I have camped in black bear country many times in the Smoky Mountains, northern Wisconsin, Quetico Provincial Park, the Porcupine Mountains in Michigan, Big Bend, and even Florida. However; seeing a cub without a mother is a different ballgame. Getting between a cub and a mother is a hiker’s nightmare. 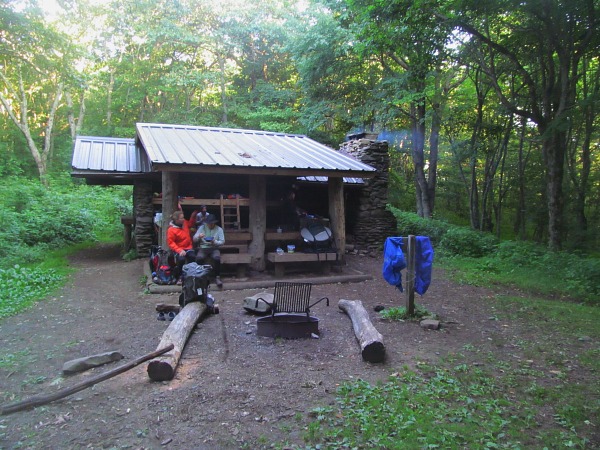 Safely in to the Russell Field Shelter without another bear encounter

Safety in numbers at Russell Field

When I got to Russell Field, there were about 8 other hikers already there. I told them I was glad to see them as I had seen a bear. A few of the other hikers had also seen a mother and cub coming from the other direction. This was the direction I was heading the next day.

Now that I was safe among other humans, I enjoyed my first bear encounter in the Smoky Mountain wilderness while hiking. It would not be my last on this trip. In fact, it would not be the last time I spotted a cub on its own.